Meets, rides, and races all around Japan Honda has been going all out in celebrating the 60th anniversary of the Super Cub. The Japanese brand is selling a slew of new Cubs for 2018; announced its plans to bring the new Monkey 125 and Super Cub C125 ABS to the USA; and helmed some fun collaborations for its advertising campaign. The previous Tokyo Motor Show exhibited concepts marking the model’s production milestone of 100 million units, and the 2018 Super Cub 60th Anniversary edition was recently revealed. Honda Japan has been organizing national commemorative events and the epic party is still in full swing for Japanese Cub lovers. 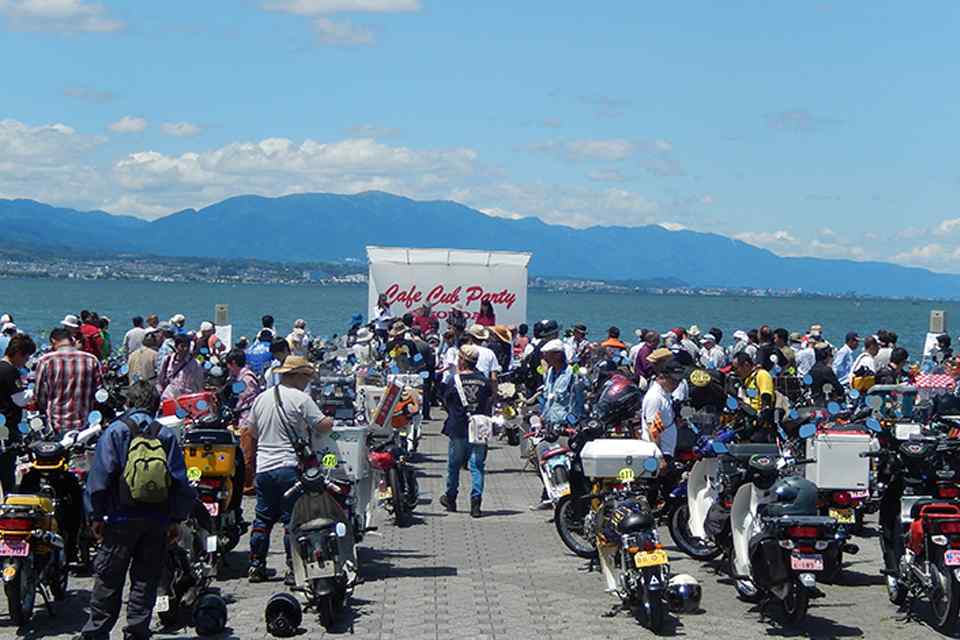 In June 2017, a Cafe Cub Party was held at Otsu Nagisa Park on the shores of Lake Biwa, a stone’s throw away from Kyoto. Nearly 500 Cub riders gathered to enjoy each other’s company and respective machines — with an unobstructed view of the lake and its surrounding mountains. Participants congregated from all over Japan. Many rode to the event from far-flung areas on Cubs meant for commuting, customization, racing, or touring. 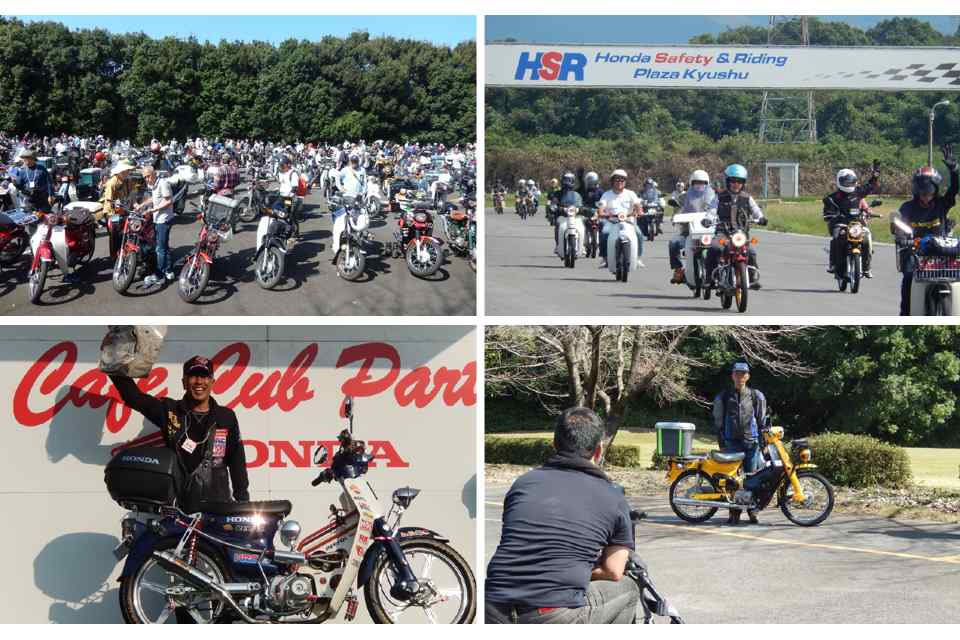 Last year in October, another Cafe Cub Party brought riders to Honda’s Kumamoto plant for a tour. The participants were then invited to parade around the adjacent HSR Kyushu circuit. Two professional photographers were on site — taking adorable pictures of each of the 333 or so riders with their Cubs, for Honda’s global Love Cub Snap project. Prizes were given including awards for the raciest machine, oldest C100, and most-used Cub. 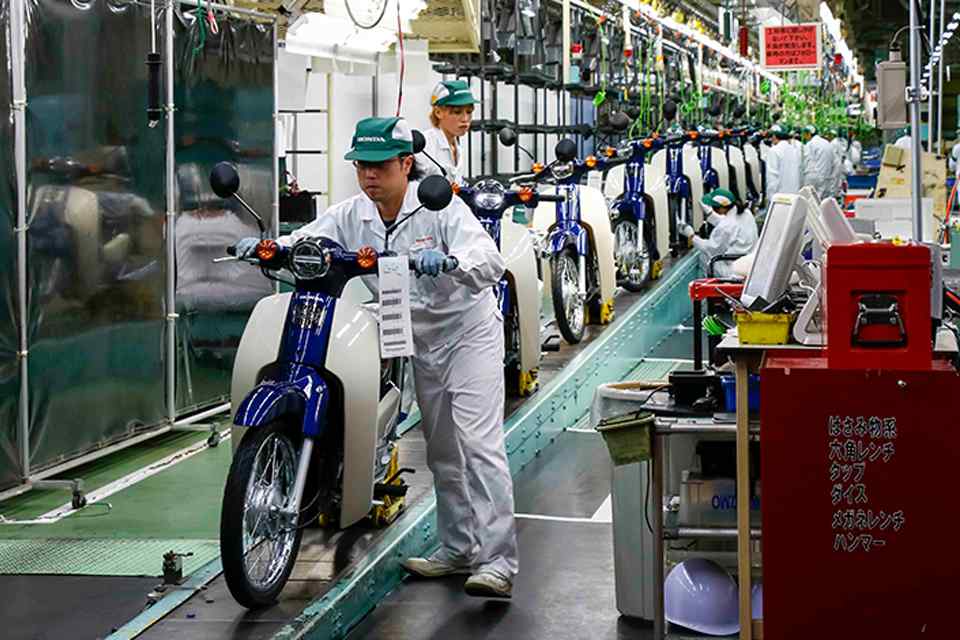 On October 19, 2017 Honda held a ceremony at its Kumamoto plant to officially commemorate the global production milestone of 100 million Super Cubs. Honda Motor Co.’s long-time-engineer-turned-CEO Takahiro Hachigo rode a Super Cub onstage and said, “Its birth was in 1958. I was born in 1959. I feel again that I have been walking in the same generation. I am deeply moved by this really amazing model.” 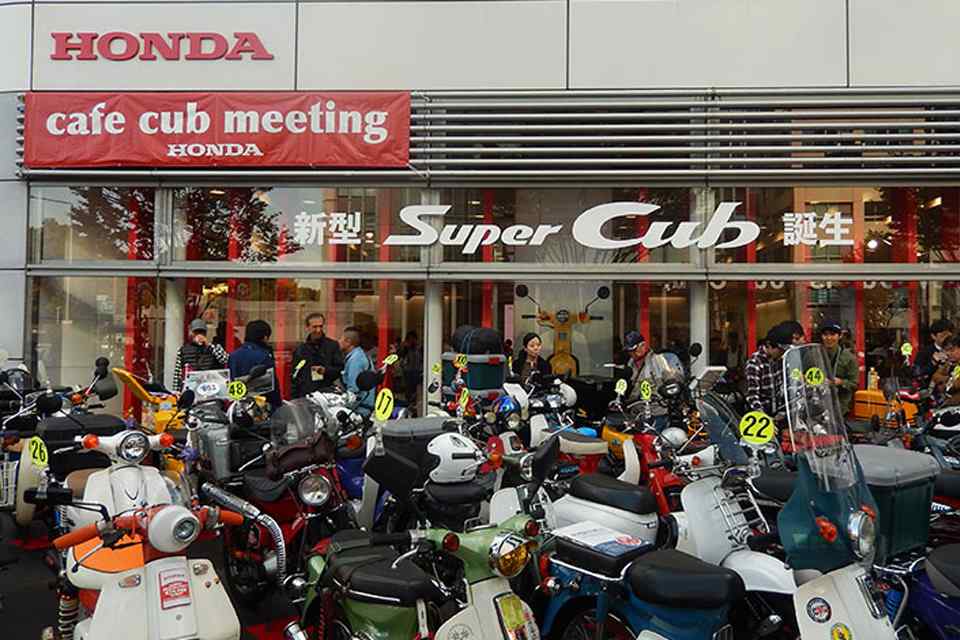 Enthusiasts swarmed around the Honda Welcome Plaza in Aoyama, Tokyo for a more intimate introduction to the new Super Cub. Speakers discussed the recently concluded Tokyo Motor Show exhibit as well as the history and development of the Super Cub. Awards were presented to parent-child tandem riders, teenage youngsters, and an 82-year-old man who rode his Cub to the gathering from Mito, Ibaraki.

At the Honda Racing Thanks Day extravaganza back in December, a commemorative Super Cub race was held for a grid of Japanese racers and international motorsport personalities — joined by none other than MotoGP stars Marc Marquez and Dani Pedrosa. It was pretty hilarious with turn signals accidentally flashing and a couple of guys skidding. 11-time JMX champ Akira Narita kept on cutting through the grass, and the MotoGP racers made some funny moves at the end — to entertain the 24,000-strong audience. 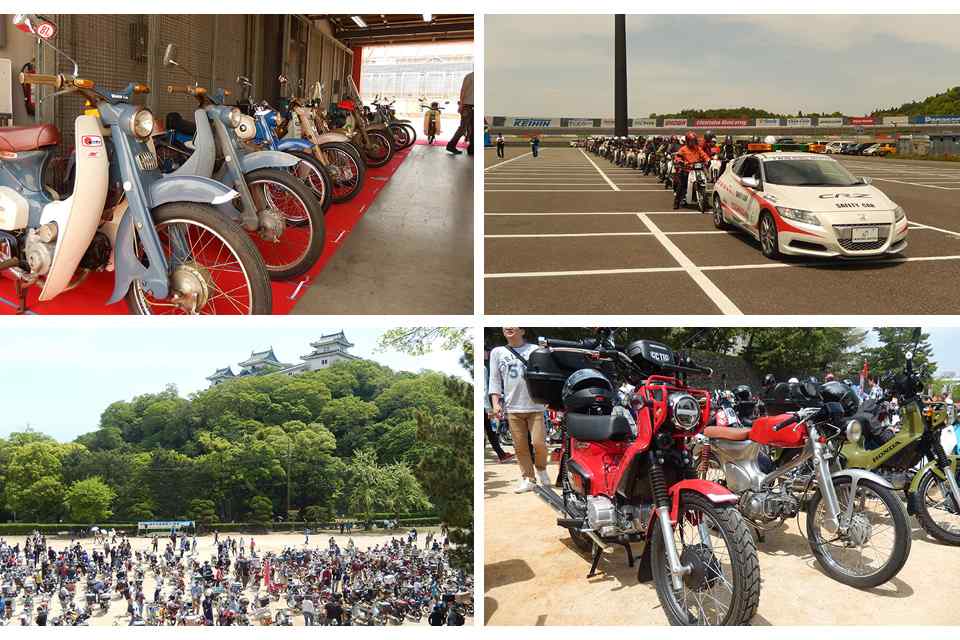 This year was also the 60th anniversary of the reconstruction of Wakayama Castle, and 560 Cub owners rode to the scenic grounds in April for a joint celebration. The following month, The GOODOLDAYS historic bike festival at Twin Ring Motegi included an exhibit of owners’ Super Cubs while 90 Cub riders paraded around the track.

The Super Cub and Wonderful Friends exhibition is currently being held at the Honda Welcome Plaza in Aoyama. While the first visitation period (August 1-10) is over, fans will be able to enjoy the exhibit next week (August 20-24). If you’re in Tokyo, check it out for a neat lesson about Honda’s legendary Super Cub and feast your eyes on the displayed units, classic merchandise, and historic visuals. Ewan McGregor and Charlie Boorman could be planning the third installment of the 'Long Way' series. But possibly not in BMWs.