Honda has been on a roll putting the spotlight on the beloved Super Cub series, and the festivities were very much apparent at the 45th Tokyo Motor Show. This year, Honda celebrates the production milestone of the Cub’s 100 million units and next year, in 2018, the Japanese manufacturer will celebrate the series’ 60th anniversary. Here we showcase the trio of special Cubs Honda displayed at the Tokyo Motor Show. 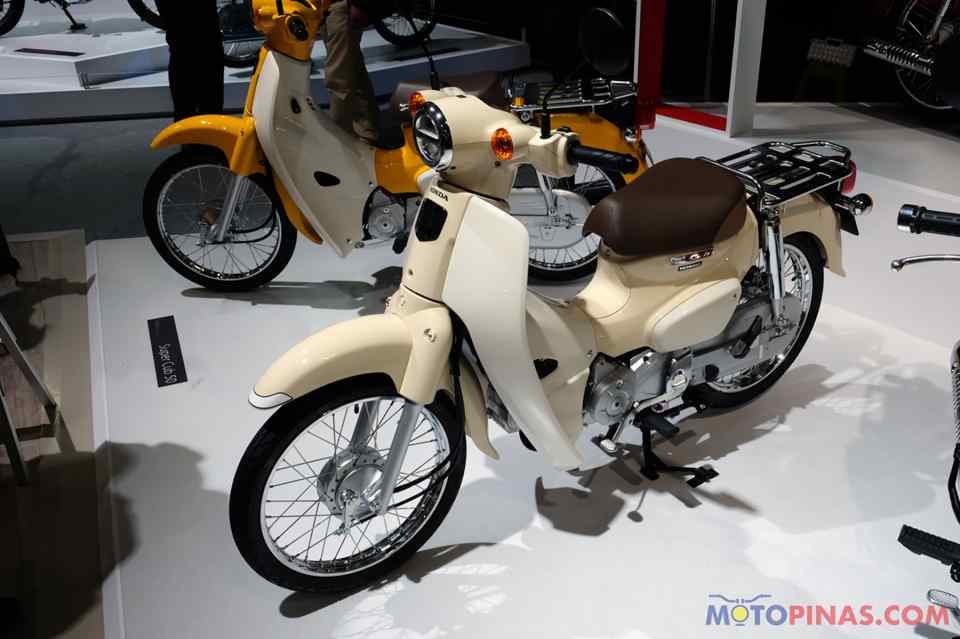 The Revamped 100 Million Commemorative Super Cub was built for the 45th Tokyo Motor Show, to celebrate the Super Cub series reaching the cumulative worldwide production of 100 million units. It also pays tribute to the series’ 60th anniversary next year. The unique Super Cub is based on the newly redesigned Super Cub and glitters with a gold finish that harkens back to the gold one produced back in 1971. Emblems and markings proclaim this Super Cub’s special significance. 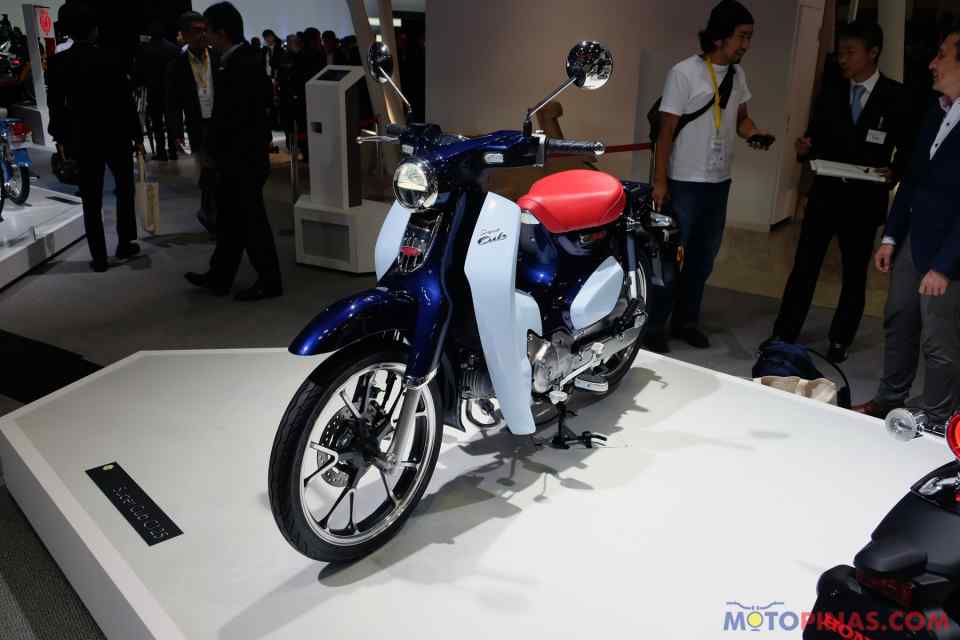 The Super Cup C125 Concept inject modern amenities into the classic commuter, keeping the distinct lines of the leg shield and rear fender. The first-generation C100’s “flying seagull” handlebars have been reborn on the new design. 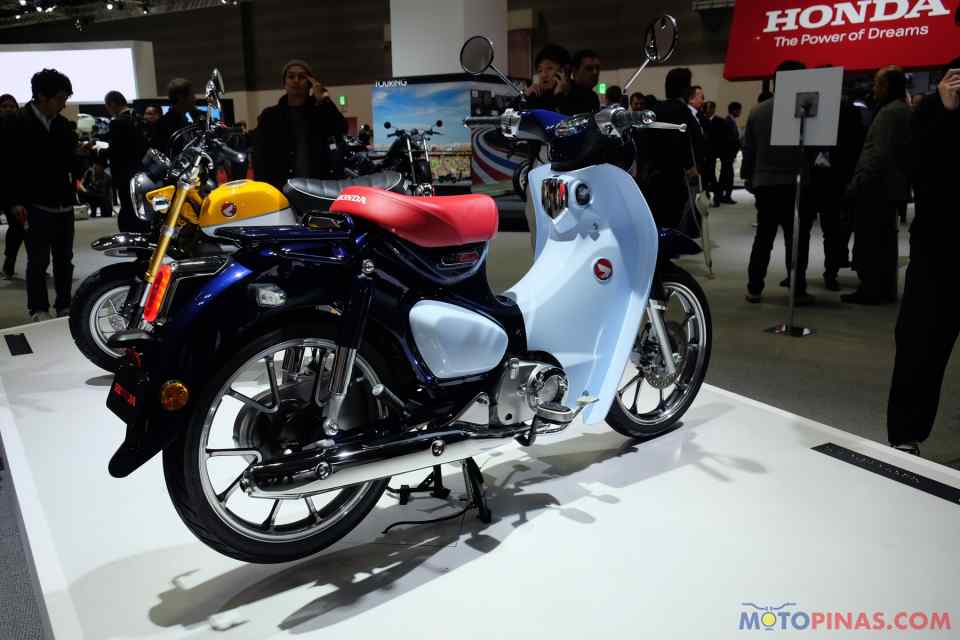 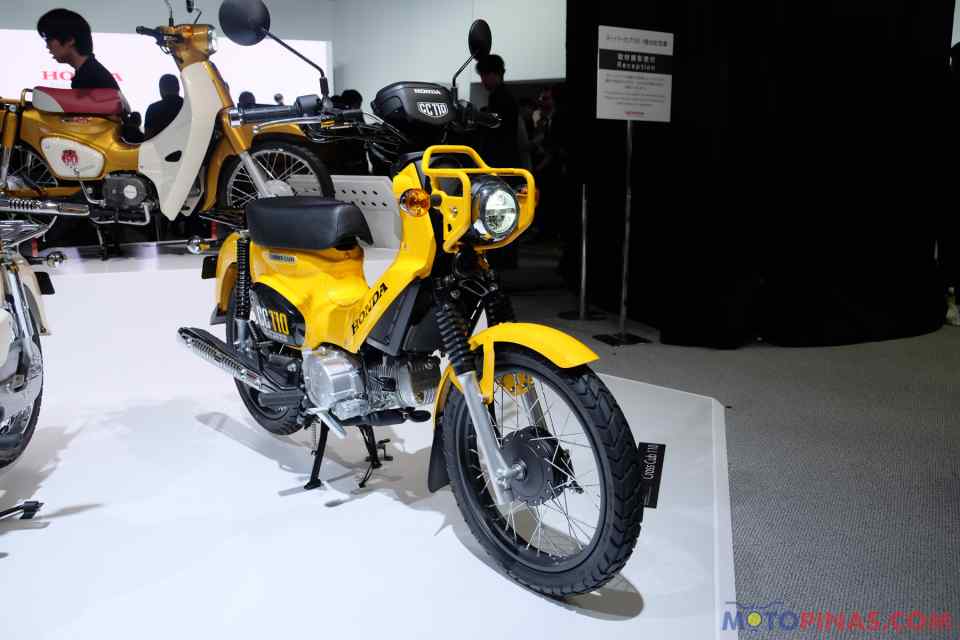 Honda also heralded the planned production of several of their upcoming motorcycles at the Tokyo Motor Show. This included an updated version of Honda’s utilitarian and adventurous Cross Cub 110. The “Cross Over Cub Styling” theme is shield-less this time — with a revised headlight guard, steel front fender, and black rims for the CC110’s wire-spokes. Higher handlebars provide a relaxed riding stance, a thicker seat affords comfort over longer distances, and rear foot pegs show that this bike is made to accommodate a passenger. Fatter tires with deeper tread speak to the Cross Cub’s ability to go on some off-roading adventures and camping trips. 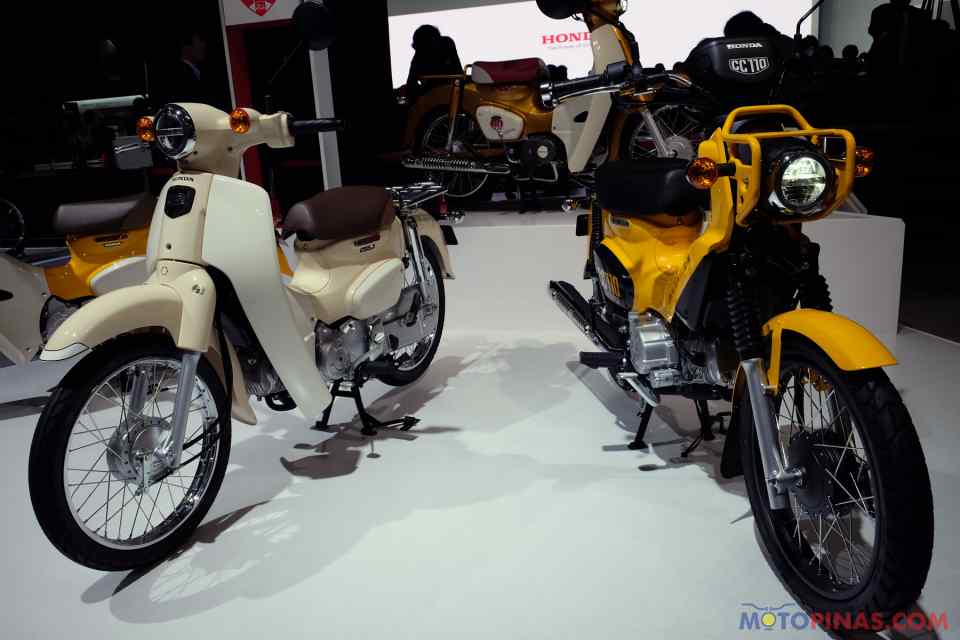 Kawasaki pays tribute to the Z1 with a modern naked inline four, the Z900RS

With the Neo Sports Café concept, Honda targets mature riders rather than the young and hip.