Some 2,000 motorcycle riders flocked the Quezon Memorial Circle to again stress their call for the immediate regulation of Motorcycle Taxis. The gathering was organized to call the attention of the Department of Transportation to look into the matter. 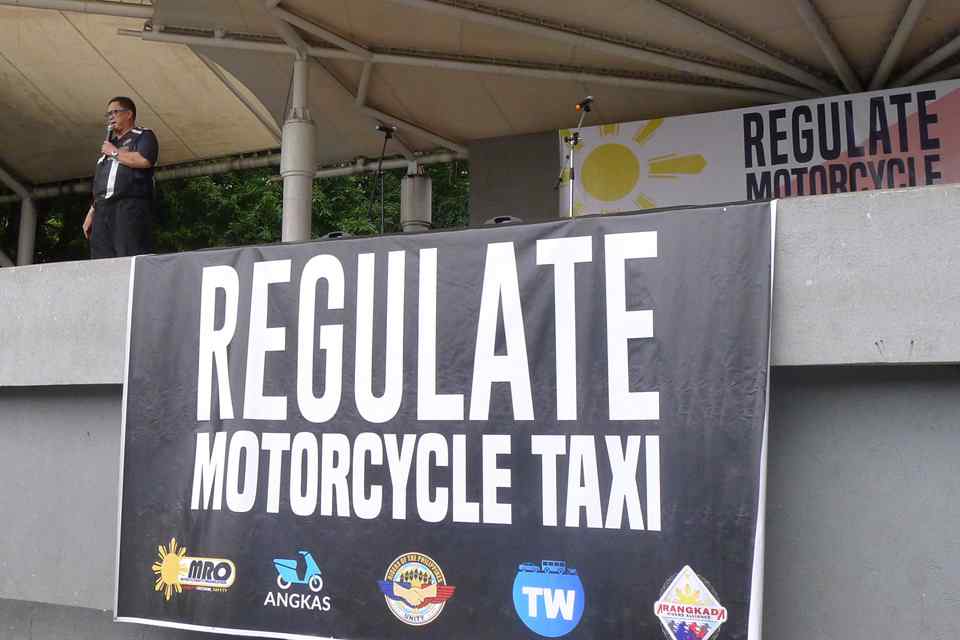 On June 6, the House of Representatives through the Committee on Metro Manila Development directed the Department of Transportation (DOTr) to amend their Department Order (DO) that classified private four-wheeled vehicles as Transport Network Vehicle Service (TNVS) to include motorcycle taxis. The committee chairman, Quezon City Representative, Winston Castelo, gave the DOTr 30 days to come up with guidelines to regulate motorcycle taxis just like Uber and Grab when they were new here in the country. However, more than a month had passed and the DOTr has yet to come up with the said regulations.

“For the last six years, kami po ay naghahanap ng mga solusyon sa mga government regulators para at least ma-contain ang traffic situation dito sa Metro Manila. (For the last six years we are looking for solutions to at least contain the traffic situation here in Metro Manila.) The state of the Metro Manila transport system is dying in the country right now. People are suffering. People are losing business opportunities. They are losing about P3.5B daily in lost opportunities. The students are sacrificing because they have been late in school, the employees also may ‘domino effect’ sapagka’t sila po ay nawawalan ng trabaho kapag late po sila. (The employees also suffer due to the ‘domino effect’. They lose their jobs when they are late for work),” said Representative Castelo during the press briefing.

Transport advocacy group,Transport Watch, led by George Royeca, initiated an online petition to the urge the DOTr to follow the congressional directive and support the motorcycle taxis. As of August 7, 2018, the petition gathered almost 18,000 signatures in support for motorcycle taxi regulation.

When asked about the safety of its passengers, Angkas assured the public that they have a very strict screening process for applicants and that includes motorcycle rider training. Just a few months ago, President Duterte advocated for mandatory motorcycle rider training to educate and equip motorcycle riders with the right skills and hopefully lessen accidents involving 2-wheeled vehicles. “For Angkas, we did hire people from the [motorcycle] industry, with a cumulative of about 20 years of doing training. They have been trained in Japan, they've been part of Honda Philippines' Safety Riding Center, Suzuki Philippines and were also accredited by TESDA as well,” according to David Medrana of Angkas. 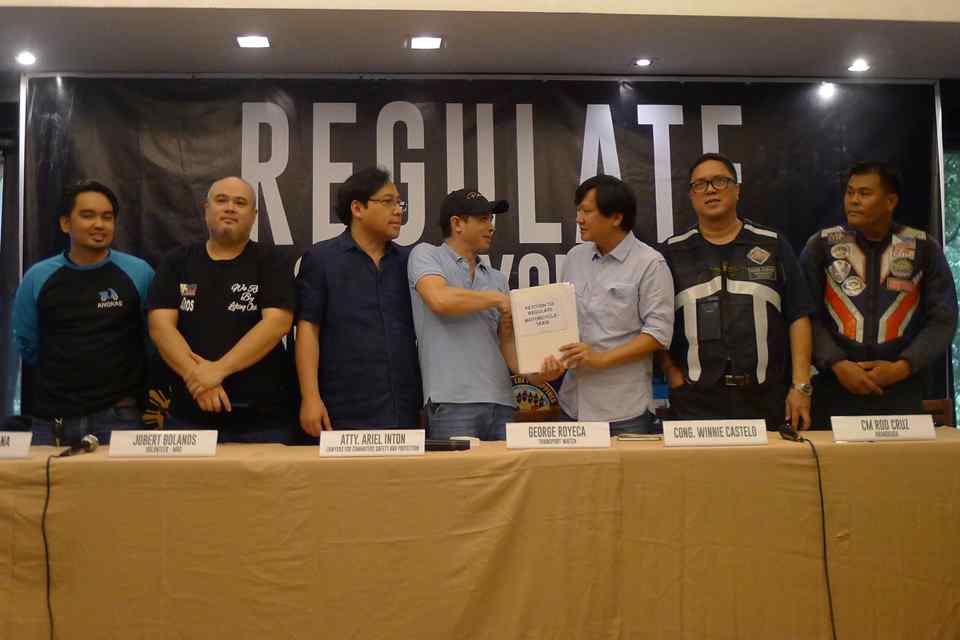 “We have the best in the industry, trainers who are accrediting the bikers on a daily basis. And so far for our record, we have trained about 36,000 bikers and only on-boarded 16,000. Anong sinasabi non? Hindi namin pinapasa ang bawat driver na marunong mag-motor para makapasok ka na sa Angkas. Hindi, dahil very strict ang aming mga standards, (What does it say? We are not just passing anyone just because he/ she knows how to ride a motorcycle. We have very strict standards). You have to pass the qualifier to join us [Angkas]. So that's how very strict we are in ensuring that we are giving the best biker to the passengers that tapped the service,” Medrana added.

The multi-sectoral advocacy group convened last April. Transport Watch (TW) focuses on several transport and mobility issues in the Philippines, one of which is the lack of an efficient mass transport system in the country and because of this, TW has been a key supporter for the immediate regulation of motorcycle taxis to provide a faster and more affordable transport alternative for Filipino commuters.

According to data from the Land Transportation Office, there are currently 16-million motorcycles in the country. Even just a fraction of it used for public transport could help ease the burden of millions of commuters daily. Instead of spending hours in traffic or just at the lines waiting for the next MRT train to arrive, commuters may enjoy that precious time with their families by arriving home early, thanks to motorcycle taxis than can squeeze through traffic. Their legal operation, however, depends on our regulators finding a common ground with all the stakeholders.

TVS expands its lineup with two new products in the form of Dazz and King. Honda is celebrating the 60th anniversary of its Super Cub with events held all over Japan.