One of the most anticipated motorcycles in recent memory is finally here: the new 2019 Indian FTR 1200. The reveal was an exciting one, starting with the FTR1200 Custom concept from EICMA 2017 — the exciting street build, inspired by the Scout FTR750 flat track racer. At Intermot 2018, Indian Motorcycle took the covers off the definitive version which will make its way into dealerships by next year. 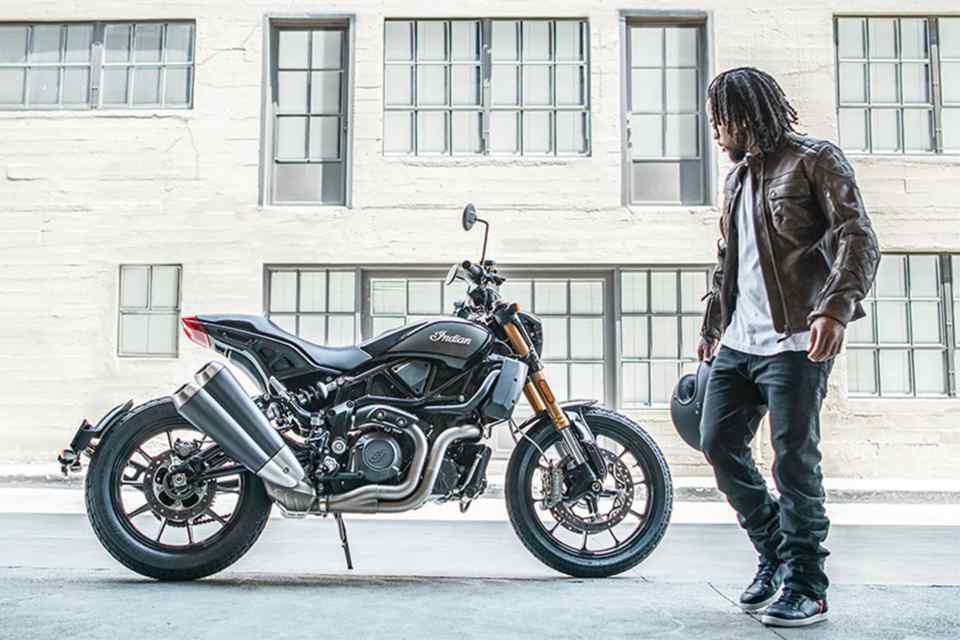 Eearlier this year at the 2018 Wheels & Waves festival, Indian confirmed production of the FTR 1200. Last month, Indian’s patent application for the FTR 1200’s modular platform was published — around the same time a leaked image of the actual production bike started to make the rounds. The patent explicitly stated that designers would be able to build all kinds and sizes of motorcycles around the shared platform, alluding to Indian’s intentions to offer other variants. 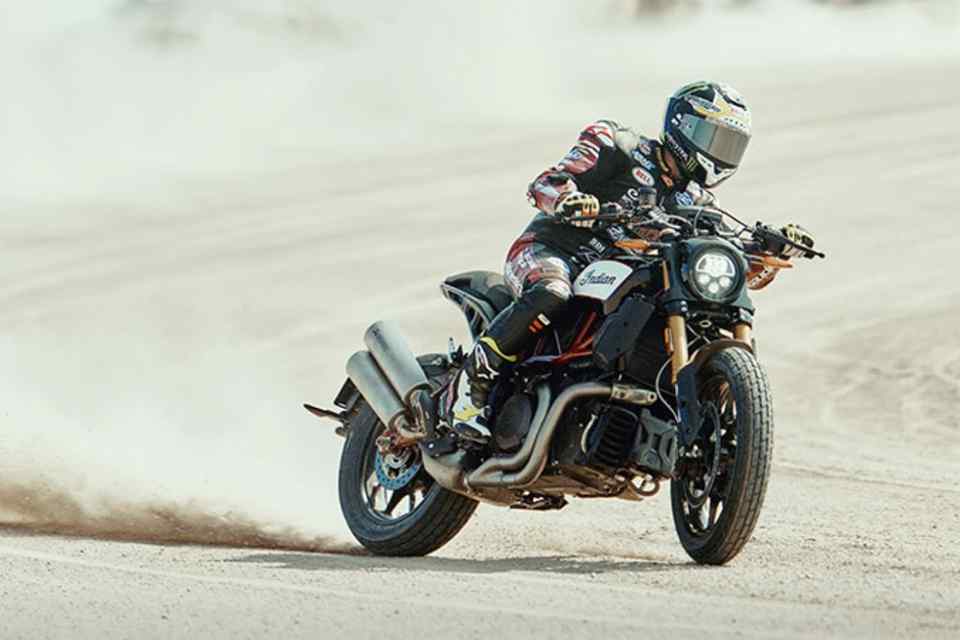 The 2019 Indian FTR 1200 is built around a trellis frame and is powered by a liquid-cooled 1,203cc V-twin which acts as a stressed member and makes 121.7 PS of power and 115.2 Nm of torque. The roadster will feel like a motard with its riding position and ergonomics that are similar to a dirt bike, due to wide ProTaper handlebars in relation to the position of the foot pegs. In addition, the front of the cosmetic “fuel tank” houses the airbox and the actual 12.9 L fuel tank extends under the seat.

Indian’s new FTR 1200 rides on 10-spoke wheels (19-inch in front and 18-inch at the rear) wrapped in Dunlop DT3-R Radial rubber — specially designed for this bike. Suspension is taken care of by 43 mm inverted forks with the rear monotube-style IFP monoshock offset to the ride side of the motorcycle (one of the clearest deviations from the Custom concept). 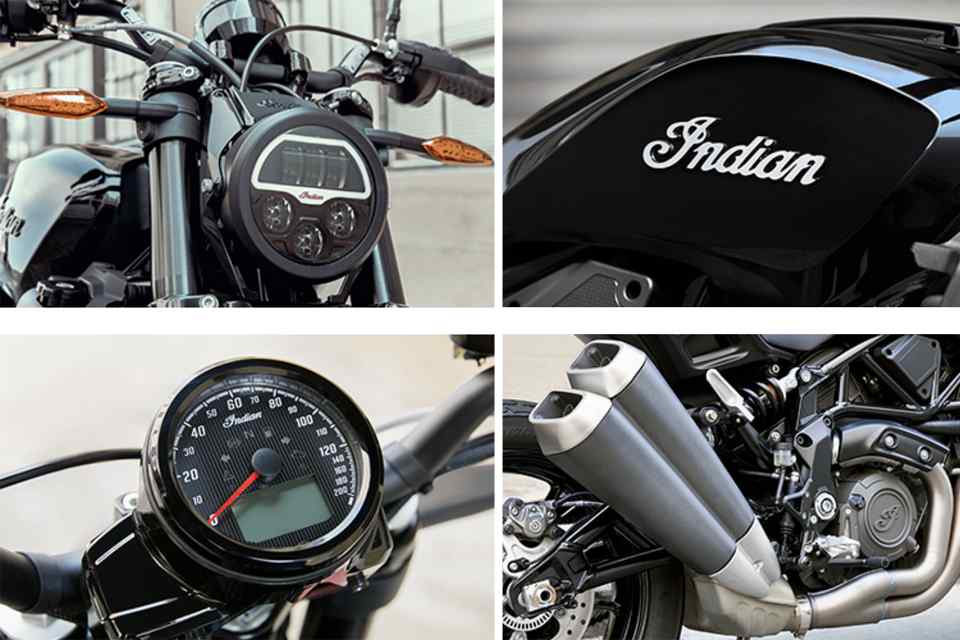 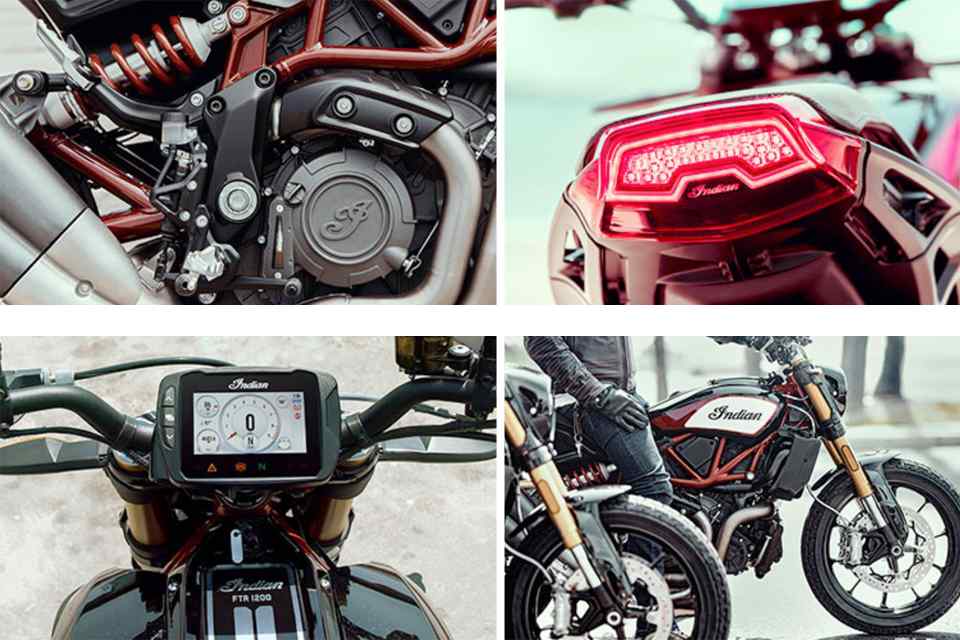 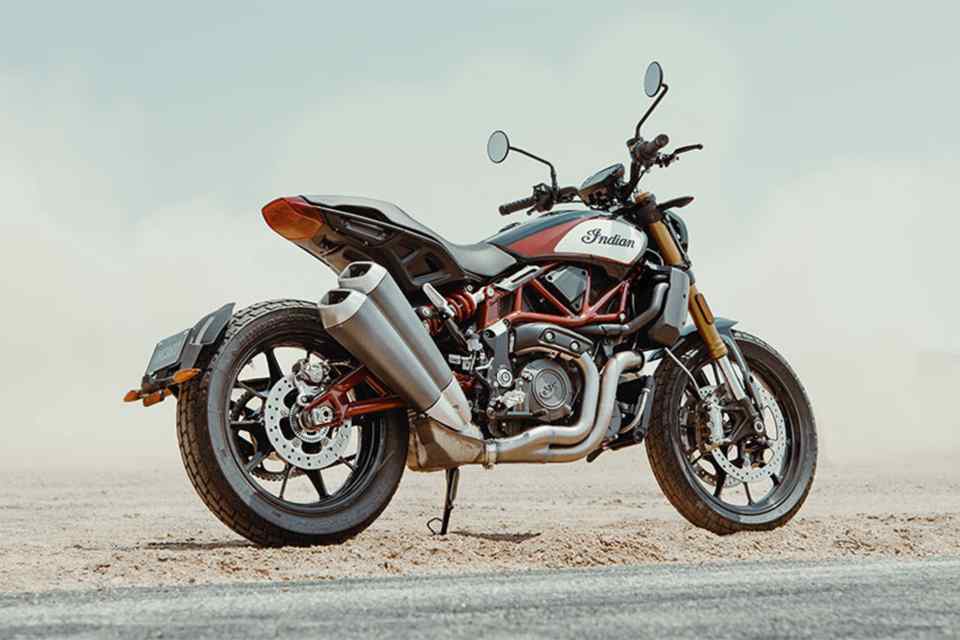 The 2019 Indian FTR 1200 S also comes with fully adjustable suspension and a very bright 4.3-inch LCD touchscreen with bluetooth connectivity. The FTR 1200 S will be priced at $14,999 for two color schemes with black frames: Titanium Metallic over Thunder Black Pearl, and Indian Motorcycle Red over Steel Gray. The FTR 1200 S Race Replica theme will cost $1,000 more at $15,999 with a red frame. Suzuki has taken the new 2020 Katana out from the forge as a tribute to the ‘80s legend.