TJ and Troy each bring home a win Ducati took two spots out of the podium in the first round of the 2017 Philippine Superbike Nationals (PSBK), held at the Batangas Racing Circuit. Brothers, TJ and Troy Alberto each took a victory in Race 1 and 2, respectively.

The PSBK Nationals Races are run in a mixed grid format, with Expert, Master, Intermediate, and Novice class competitors all in one grid. Troy Alberto, 16, the 2016 Novice and Intermediate Champion, currently competes in the Intermediate Class. The elder Alberto, TJ, competes in the Campionato Italiano Velocite (CIV, or the Italian Superbike Nationals), where he was recruited to race for Italian Championship Team, MotoCorsa.

The recent Pirelli Cup was also held on the same weekend. 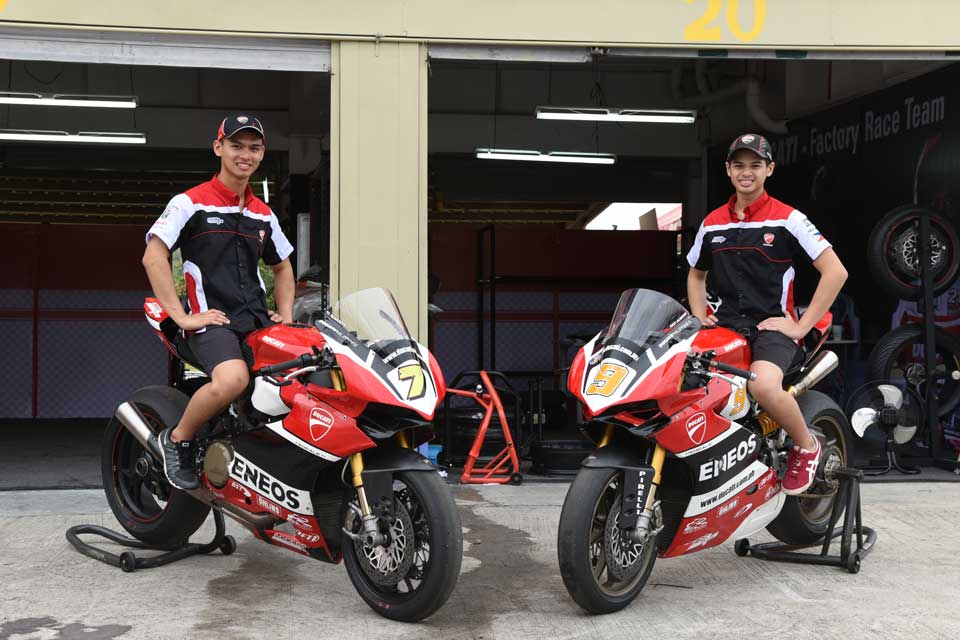 During Qualifying sessions of the PSBK on Saturday, TJ posted a 1’33” lap, followed by Troy with a 1’34”, resulting in both Ducati Riders starting at the front row with BMW Motorrad’s Marvin Mangulabnan on pole.

Race 1 saw both Ducati Panigales’ of TJ and Troy out-dragging BMW’s Mangulabnan. TJ Alberto took the early lead, pushing a gap between him and his younger brother's Panigale, with the S1000RR of Mangulabnan in hot pursuit. Both two-time National Champions, Watanabe and Resuello of Kawasaki were almost half a second behind in pace. TJ Alberto took the checkered flag while sadly Troy lowsided and crashed out at Turn 3 of Lap 5 while battling with Mangulabnan for second. The crash placed Mangulabnan in contention for a battle for first with the leading TJ Alberto. Marvin's continuous pressure got the better of him on Turn 5 at the last lap as coming in hot into the corner caused his tires to slide out and crash. 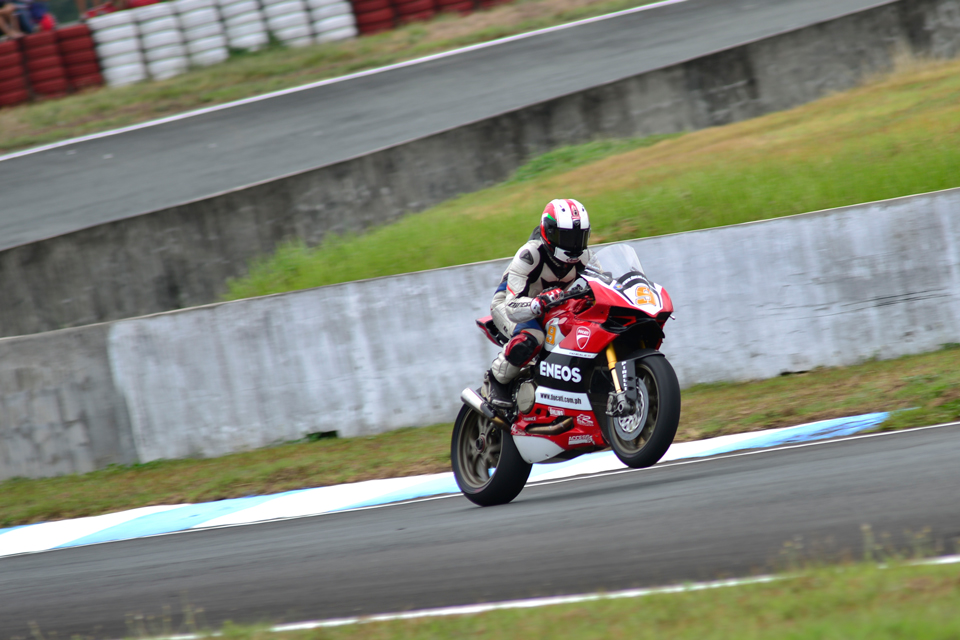 Race 2 had Troy back in contention, allowing both Ducatis to take the lead again, this time, with the younger Alberto in front, followed by TJ. Mangulabnan was again in hot pursuit. Troy built up an early lead betweem himself and older brother, TJ. TJ, meanwhile, suffered electronic issues in the middle of the race, forcing him to give up his position to Mangulabnan. He fortunately retained third place until the checkered flag. Troy Alberto crossed the line ahead of the Expert class riders, making him the Fastest Youngest Filipino Expert racer to win the a race at the Philippine Superbike Championships. The podium saw Ducati Philippines Troy Alberto, 16, become the youngest ever racer to stand on top of the PSBK Expert Class Podium, taking with him the championship points lead at the Intermediate Class, Brother TJ Alberto took third place in the Expert Class and secondat the Open Class while bagging a second place at the Intermediate Class. The 2018 Honda CRF450R and RX say goodbye to backup kick-starter.