In celebration of its recent victory at the Philippines Superbike Nationals, Ducati Philippines invited members of the press to celebrate with the team as well as view its 2017 lineup of new models.

Among those previewed at a pop-up boutique at UP Town Center was the recently launched Scrambler Desert Sled, the upcoming Scrambler Cafe Racer, and the SuperSport S. 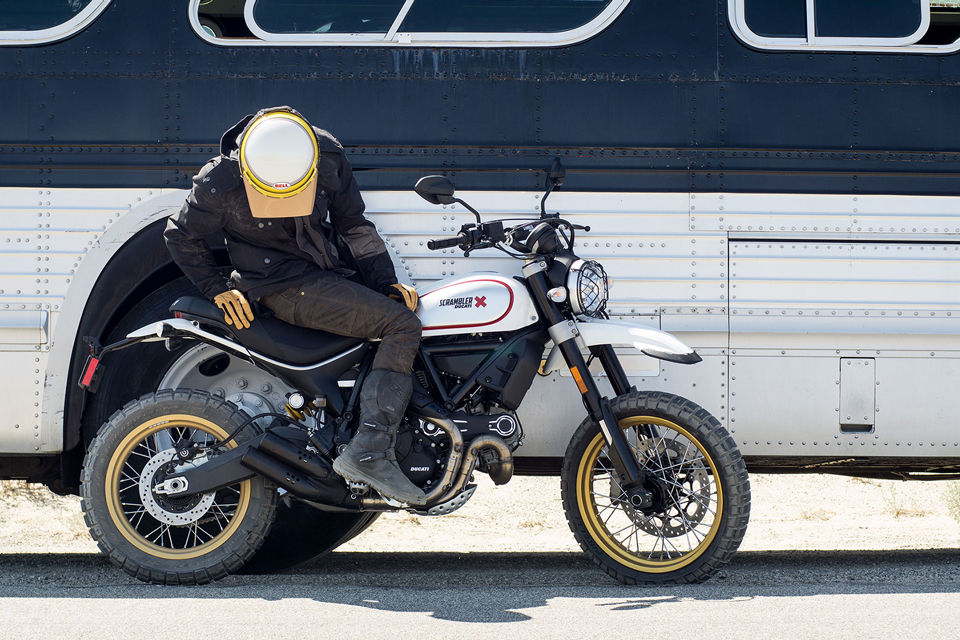 Teased just a few months ago, Ducati finally revealed a physical example of the Desert Sled, sporting the distinctive front beak that shows off its more off-road aspirations. It features higher ground clearance, a front headlight brush guard, aluminum handlebars with a cross-strut, wire wheels, Pirelli Scorpion Rally STR knobby tires, and an aluminum engine protector. The seat height is now 860 mm, making it a little less accessible for the vertically challenged. Nonetheless, the higher clearance, provided by the new Kayaba 41mm inverted forks bump up its suspension travel to 200 mm in total. Like all Scramblers, it's also powered by the 803-cc L-twin connected to twin Termignoni exhaust pipes. The Scrambler Desert Sled is being offered for PhP 805,000. 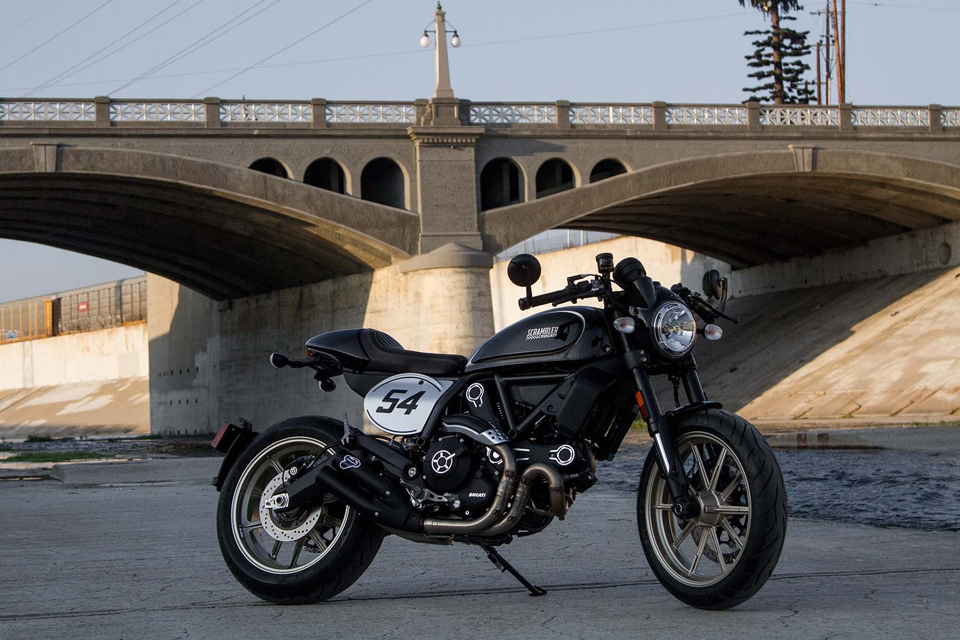 Standing in stark contrast was the Cafe Racer, pianted black with gold pinstriping. Naturally, it bears all of the cafe racer aesthetics in stock form, such as the clip-on handlebars, tapered single seat, retro styled race number, and short fairing and bar end mounted mirrors on the underside of the grip. Cafe Racer exclusives include the retro style logo on the tank, black anodized Termignoni exhaust with double silencer, 17-inch gold aluminum wheels, and Pirelli Diablo Rosso II tires. The Cafe Racer is priced at PhP 805,000. 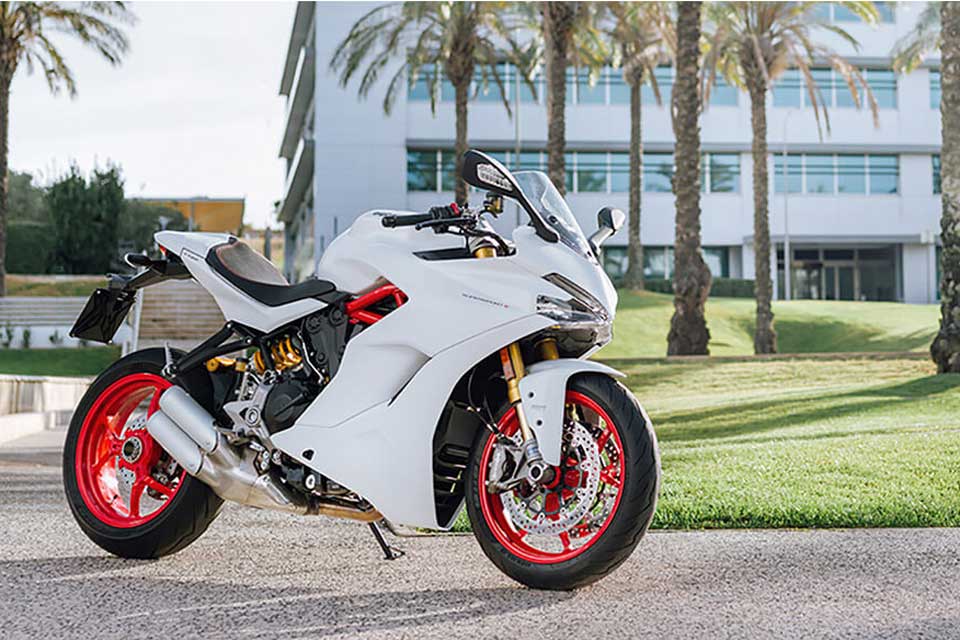 Finally, true to Ducati heritage, the SuperSport was also previewed. This model, touted as a light yet versatile sport bike that's easy to use, delivers 113-hp and weighs just 201 kg. It's immediately identified at night with its distinctively shaped LED DRL. 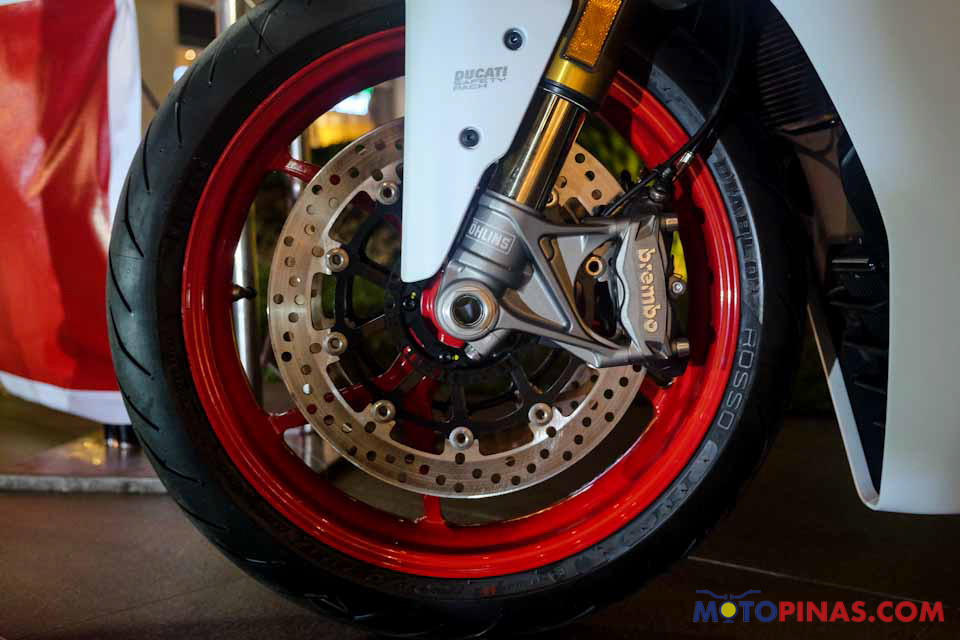 It's powered by a 937ccTestastretta 11-degree twin-cylinder engine mounted on a new trellis frame. It produces 113-hp at 9,000 rpm and peak torque of 97Nm at 6,500 rpm, channelled through a six-speed. Three riding modes, power mode, Ducati Quick Shift (DQS up/down), and the Ducati Safety Pack (Bosch ABS + DTC) make the bike easy to reign in. A full LCD display also shows all the important readouts on the go. It also has quite the range with its 16-liter fuel tank. It's offered in two variants, the SuperSport and the SuperSport S. However, only the S is offered in matte pearl white with Öhlins race spec suspension in the front and rear.