It’s the most wonderful time of the year, at least for Manila’s motorcycle enthusiasts. The premier custom bike show, Moto Builds Pilipinas, is returning to the SMX Convention Center for 2018 from May 19 to 20. This time around, organizer Zach Lucero of Makina will host the Moto Builds competition alongside the new Big Bike Expo.

Those who attended last year’s Moto Builds Pilipinas will remember that dealerships and distributors of leading motorcycle brands were invited to set up display booths. This time around, they will all congregate under the Big Bike Expo.

“This year, we’re giving back to the brands who have supported Moto Builds Pilipinas all these years in a concentrated effort to highlight their bigger displacement bikes,” says Zach. 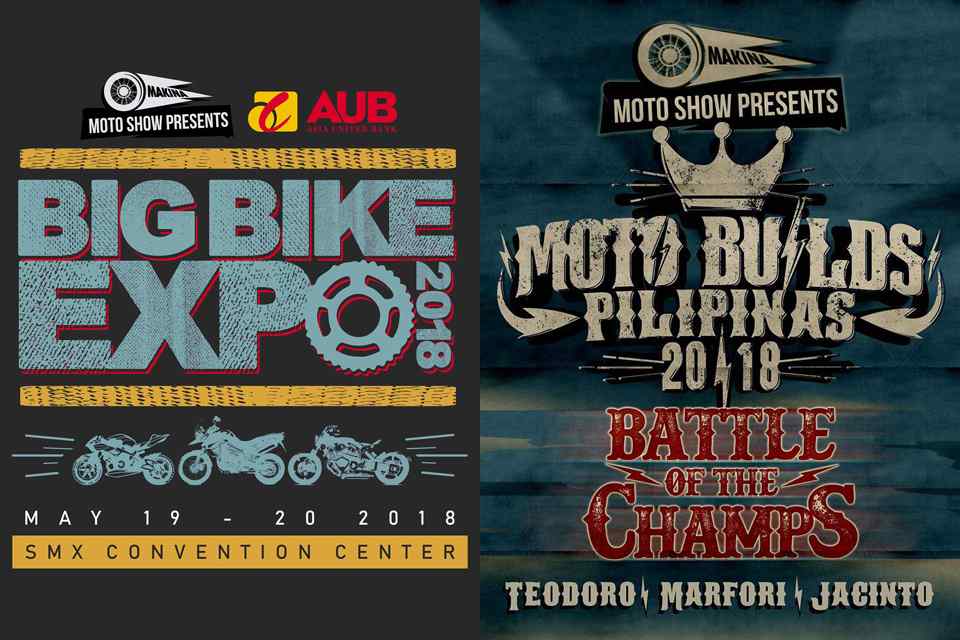 Most of the industry’s big names will return, with many concentrating on their retro offerings for the show’s nostalgia-fueled target market. Yamaha will highlight its SR400, while BMW Motorrad will present its heritage line. Honda Prestige will join the festivities alongside Motortrade, and Italian brands like Moto Guzzi and Moto Morini will make appearances. Harley-Davidson will launch a new motorcycle at the Big Bike Expo, and Chinese maker CFMoto will show the fruits of its partnership with design firm KISKA (famous for working with KTM and Husqvarna). Other manufacturers that are expected to participate are Royal Enfield, Norton, Ducati, Kawasaki, KTM, Suzuki, IMZ-Ural, and Yamaha.

On the Moto Builds side of the hall, guests will feast their eyes on an estimated 100 custom creations like scramblers, choppers, bobbers, café racers, trackers, and scramblers. One thing to look forward to, according to Zach, is that a world-famous builder will enter the competition through one of his clients.

The main event, formerly the Biker Buildoff, has been announced as the Battle of the Champs this year. Former Buildoff winners from the past three years will compete head-to-head. They are Todee Teodoro, Noel Marfori, and Jorge Jacinto. Each were given two months to build a café racer out of a 153 cc SZ16 donated by Yamaha. “One of the genres some builders avoid during crunch time is the café racer, because it’s not easy,” Zach laughs about his decision on the theme.

The Big Bike Expo alongside Moto Builds Pilipinas, presented by Makina and Asia United Bank will be held from May 19 to 20 at the SMX Convention Center in Pasay City. Fans of both two and four-wheelers will definitely take full advantage of their visits, with the illustrious Trans Sport Show next door in the adjacent hall.

In celebration of its 115th Anniversary, Harley-Davidson launches a special liveried bike at Big Bike Expo Davao City Mayor, Sara Duterte-Carpio, hopes to set an example for riders by brushing up on her riding skills at the Honda Safety Driving Center.