The recently concluded 3rd Moto Builds Pilipinas custom bike show wowed guests with a slew of entries and participants. At the forefront of the relatively young, yearly event is the Biker Buildoff — where handpicked shops from the emerging, local custom scene go head-to-head in turning otherwise unremarkable, small-displacement motorcycles into works of art. This year, Garage Monkey Kustoms took home the championship award. 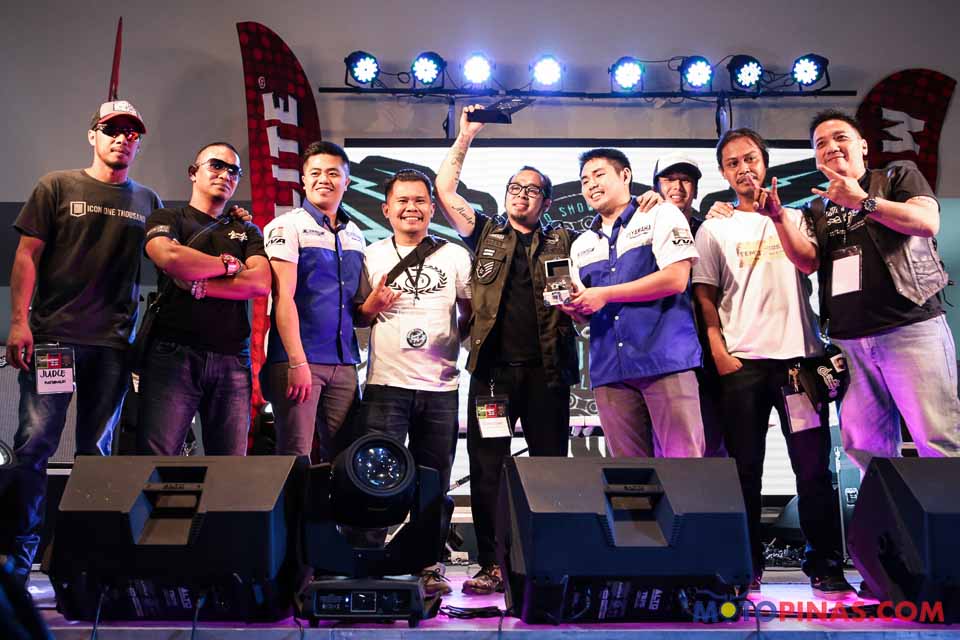 Moto Builds Pilipinas was staged under the same roof as the automotive Trans Sport Show over April 20-23, 2017 at the SMX Convention Center in Pasay City. Yamaha Motor Philippines supplied the SZ 150 donor bikes for the Biker Buildoff, wherein five shops were tasked to turn the single-cylinder 149cc commuters into custom motorcycles. While the past competitions were free-for-alls, this year had a specific theme: the chopper. Some of the rivals took liberties and diverged, choosing instead to create bobbers, but all entries were spectacular (as usual) and functional. Unlike the main floor’s show, the Biker Buildoff is judged by the competitors themselves through anonymous voting. Past winners were invited as guest judges in the event of a tie-breaker. 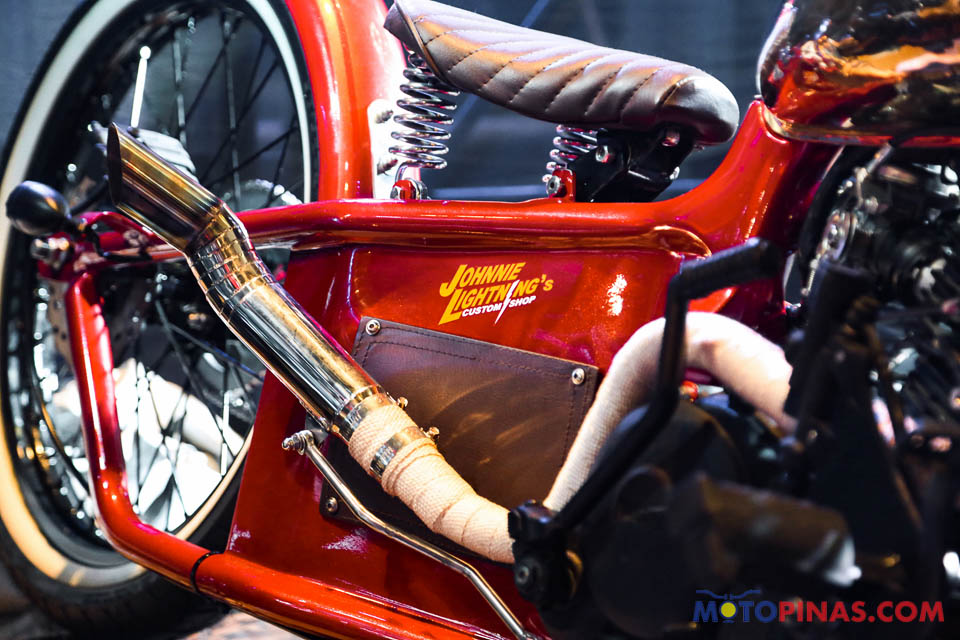 Johnnie Lightning’s Custom Shop showcased "Juan", an incredibly low-slung hardtail with a spring seat and tracker-style handlebars. The increased rake of its inverted front forks stretched the bike out further and carried over the golden hue of the polished tank, which featured a three-dimensional lightning bolt nodding to the garage’s namesake. The color scheme of a candy red frame, blacked out engine, white exhaust wrap, and white sidewalls on the black wire spokes made rockabilly fans grin. 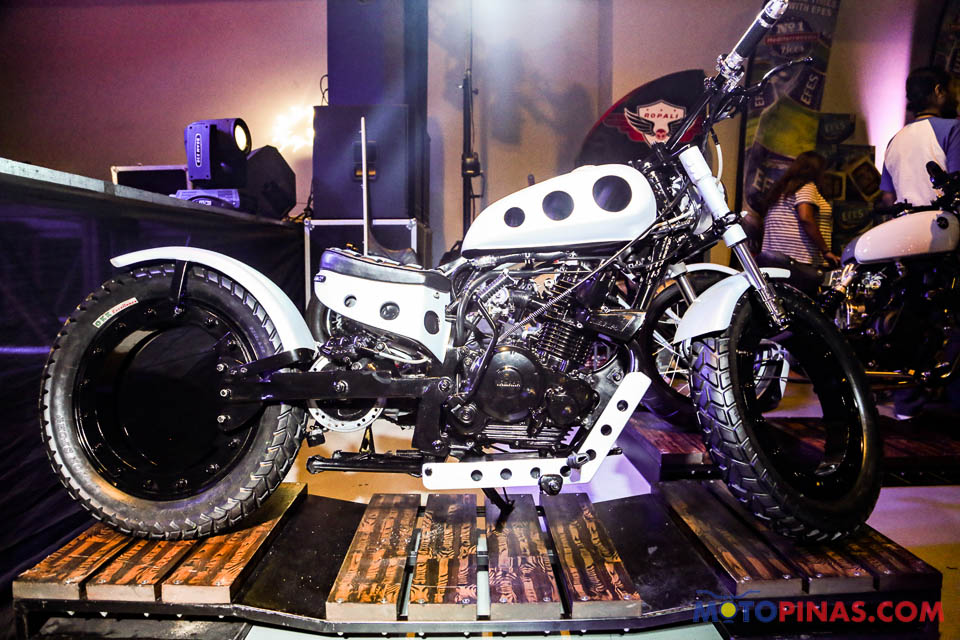 Surigao’s pride, 3B Customs, blew away audiences with “Fire in the Hole”, a pearly bobber with drag handlebars featuring the most engineering and innovation out of the bunch. No one expected the ambitious project to make use of hubless wheels and final chain drive with the rear brake disc moved into the swingarm. Not just for show, the bike runs. 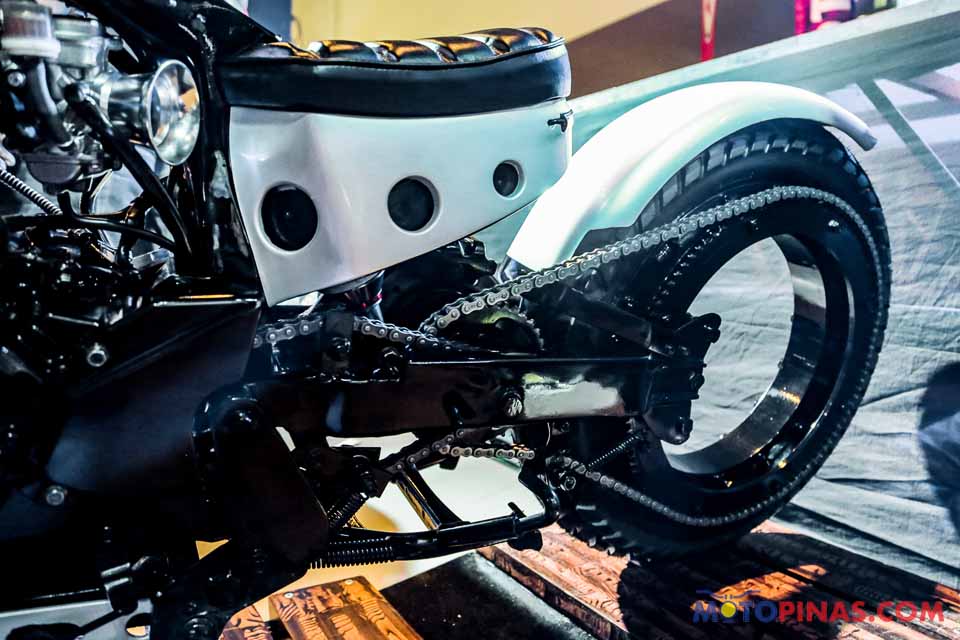 3B Customs took the “speed hole” concept, usually a weight-saving and air-cooling feature, and cheekily put the aesthetic on steroids. The design was literally “full of holes” — as seen under the seat, through the grind plate, in the wheels themselves, and even through the fuel tank. 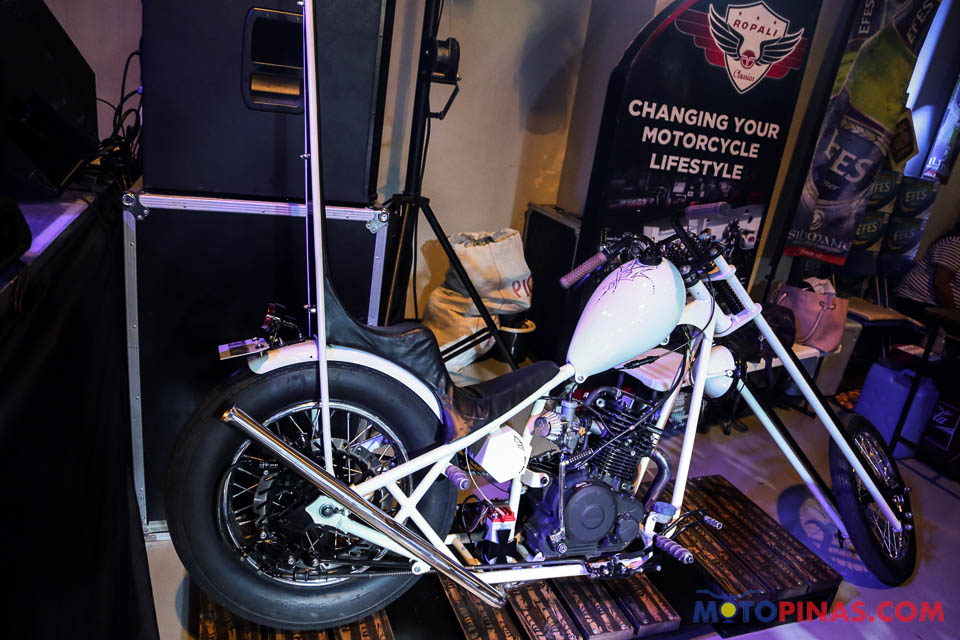 Temi’s Workshop took runner-up spot with “La Mesita”, the most classic chopper concept of the group. The predominantly white bike showed off elegantly simple, pristine craftsmanship while highlighting a traditional chopper silhouette and pinstriped peanut tank, harking back to the ‘60s and ‘70s. The pale color of the hardtail, with criss-cross decoration, rose above the fender via a sky-high sissy bar. Long black and white springer forks ended with an offset wire-spoke front wheel. The bike’s headlamp peeked from under the triple tree and pullback handlebars. 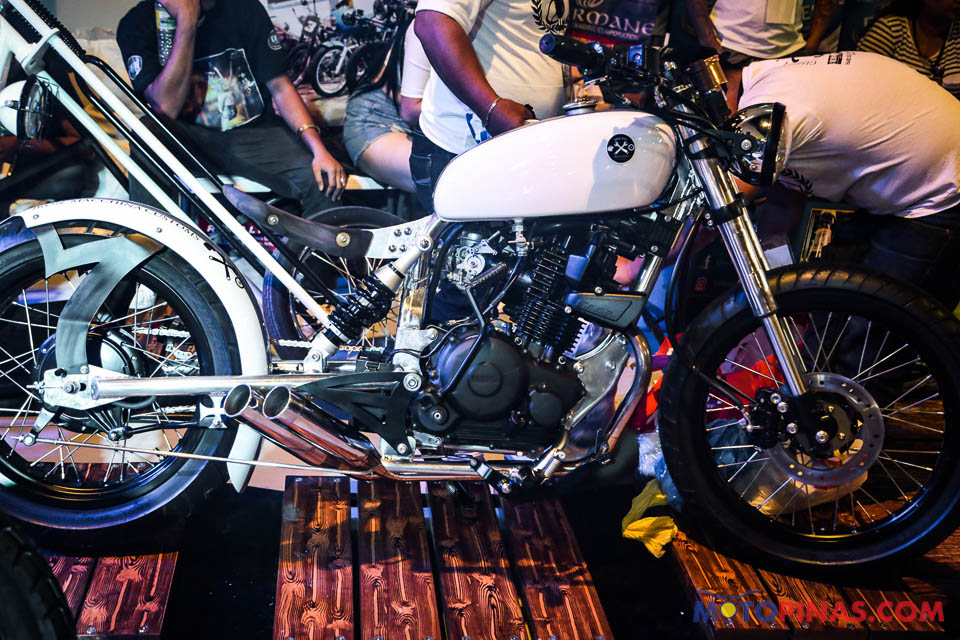 Iron Macchina’s “Corcel de Hierro” took the wartime bobber look and added modern and idiosyncratic touches. The bike wore classic wire spokes, with front suspension taken care of by inverted forks while rear suspension used dual shocks fully exposed under the two-piece wooden seat — split down the middle and mounted on the polished frame via a flush bar of metal. A hidden Iron Cross may have possibly paid tribute to Axis inspirations. 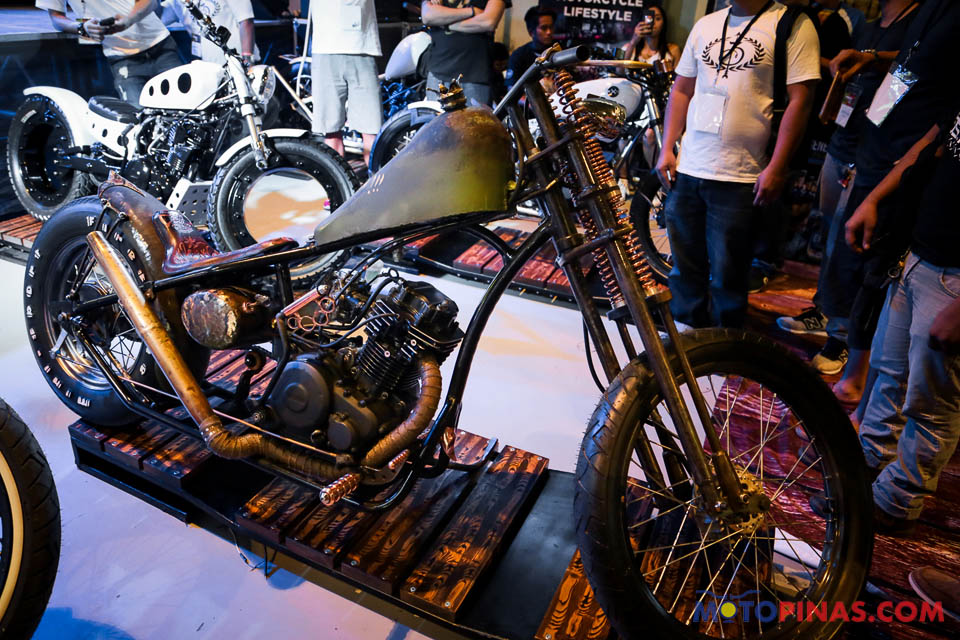 And the winner of this year’s Biker Buildoff was… Garage Monkey Kustoms, with their unapologetically raw chopper “Burn Baby Burn”. The rat-rodded bike incorporated salvaged materials, looking like its hypothetical rider never really left the war. An old mortar shell was used for the exhaust, and a brass knuckleduster for the kick starter. The springer fork’s coils were elongated via dual twin sets. The marks of hand hammering and barn-found discoloration dominated the chopper’s dirty confidence, while the embossed lettering on the leather saddle read “Captain Wet Beard 2016” — a tribute to Garage Monkey Kustom's fallen comrade, the late Mick Ison. Harley-Davidson of Manila bests all over Asia Emerging Market dealers.