Kawasaki has just released a limited edition track bike in celebration of their return to dominance at World Superbike with the 2017 Ninja ZX-10RR. Equipped with race-ready features, lightweight components, along with a slightly modified engine, the special edition bike is set to become the brand's fastest bike on the track.

Beginning with the new features, the Ninja ZX-10RR gets Kawasaki's Quick Shifter (QS) which allows for clutchless up- and downshifts. It also gets engine-control braking (KEBS), cornering management (KCMF), launch control (KLCM) and traction control (K-TRC).

But perhaps the centerpiece of ZX-10 RR is the six-axis Inerntial Measurement Unit (IMU) which is standard on the limited-run bike. According to Kawasaki, this system allows the chassis to know exactly what the motorcycle is doing along six degrees. Working in tandem with the ECU, the system can monitor acceleration, yaw rate, longitudinal, transverse and vertical axes, and even roll / pitch rate. 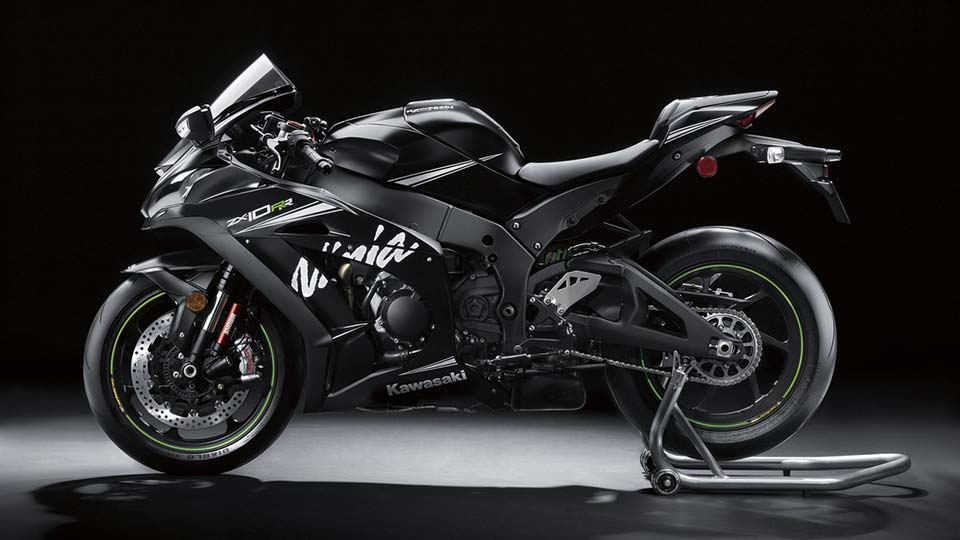 Lightweight alloys come in the form of seven-spoke wheels from Marchesini while tires are provided by Pirelli SuperCorsa SPs. The chassis itself benefits from an adjustable head pipe and swing arm pivot which can be specified under the race kit option. Stopping power is delivered by Brembo MB50 monoblock calipers, along with grooved discs and steel braided brake lines. Completing it all are the Showa Balance Free front and rear shocks which have been set for the track.

The 998cc DOHC inline-four engine produces 200 PS and 113.5 Nm of torque and benefits from a ram-air intake. While the figures remain unchanged from 2016, the motor does benefit from a modified cylinder head with diamond-like coated (DLC) low friction tappets and a race-ready crankcase. Other than that, the engine has also been prepped to be fitted with the optional Kawasaki Race Kit cams.

Only 500 units of Kawasaki Ninja ZX-10RR will be produced.