An all-new touring motorcycle from BMW Motorrad has just made its global debut. Called the K 1600 B, it's the production version of the Concept 101 which was originally shown during the 2015 Concorso d'Eleganza Villa d'Este. BMW Motorrad descrbies the 'bagger-styled' bike as their intepretation of motorcycling along endless highways and the embodiment of 'Grand American Touring' made real.

Finished in Blackstorm Metallic, the K 1600 B takes the form of a 'bagger', a custom bike that is particularly famous in the US. Its drop-shaped silhouette gives the K 1600 B a streamlined profile and is complimented by its sharp-angled fairings and American-style taillights. 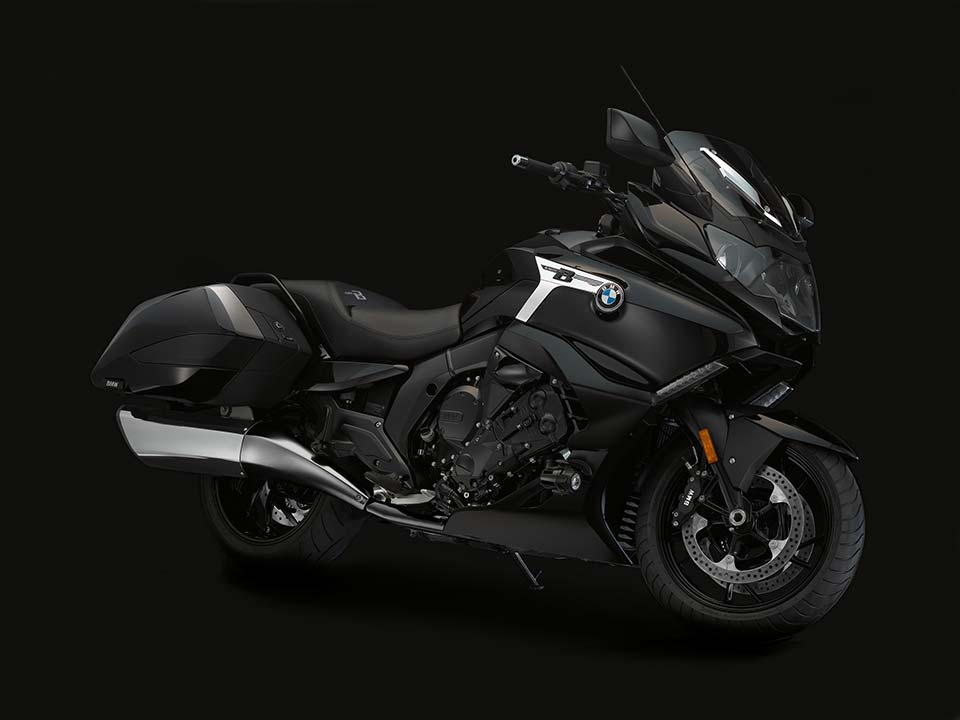 The company added that the tailored windscreen follows the overall design of the fairings, creating a powerful look for the K 1600 B. Other than that, the side wind deflectors have been stretched further back to protect the rider's hands. Meanwhile, the rear mudguard now folds upward to make removal of the rear wheel easier.

Redesigned side cases were also installed on the K 1600 B which now come with slimmer covers and deeper cargo space. BMW claimed this will allow for plenty of storage space despite being slimmer.

At the heart of the K 1600 B is a 1649cc six-cylinder engine derived from the K 1600 GT sports tourer. The engine produces 160 PS along with 174 Nm of torque. Power is transferred to the rear wheels via a 6-speed shaft-drive.

For better riding comfort, BMW equipped the K 1600 B with an electronic system suspension with adaptive dampers. It even has two riding modes; Road and Cruise. The former automatically adjusts itself dependin on road and traction conditions while the latter focuses on purely delivering a comfortable ride. 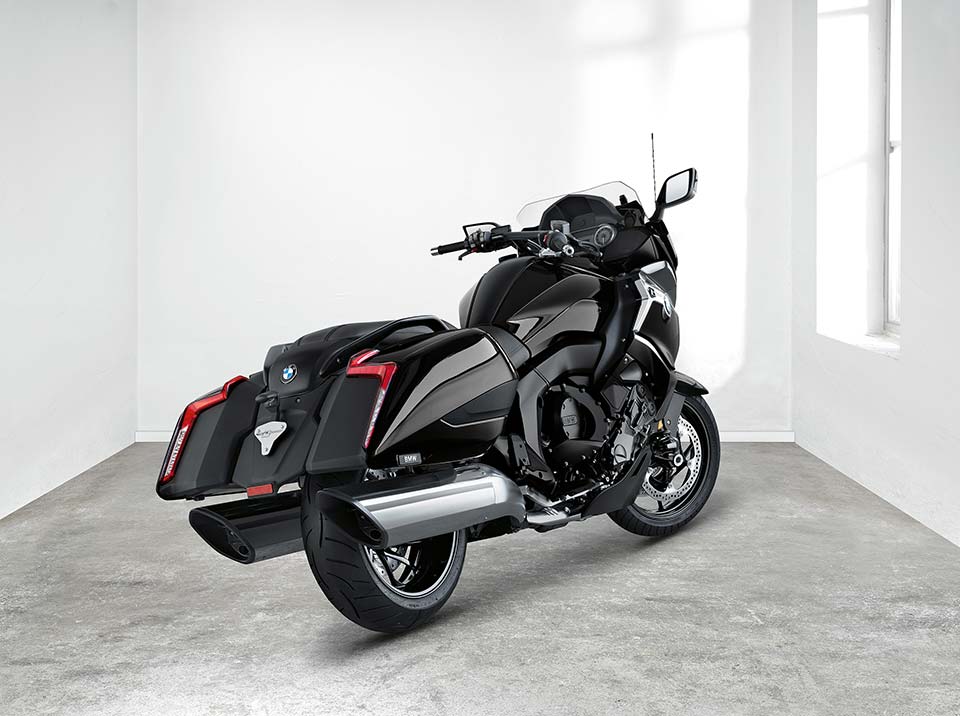 Other technologies fitted on the K 1600 B include the new reverse assist feature which blocks the forward gears and the optional Shift Assistant Pro that lets riders shift up and down through the gears without using the clutch.

Available extras for the K 1600 B range from more comfortable foot rests, redesigned forged alloy wheels and custom seats among others.