Nine-time MotoGP world champion Valentino Rossi returns for the 2017 season under the blue Movistar Yamaha banner, this time with new teammate Maverick Viñales — former Moto2 champion who made his MotoGP premier class debut in 2015 with Suzuki and won Rookie of the Year. Maverick Viñales has parted ways with Suzuki for his slot with Yamaha, replacing Jorge Lorenzo who has moved to Ducati. Viñales’ contract will have him ride with the factory Yamaha team for the 2017 and 2018 seasons.

The official team launch was held in January at the Telefónicas headquarters in Madrid before the pre-season MotoGP test in Sepang. The ceremony was presented by MotoGP journalists Dylan Gray and Izaskun Ruiz, who welcomed Rossi and Viñales to the stage for a press conference. Yamaha executives also weighed in, discussing the bike’s development and goals. 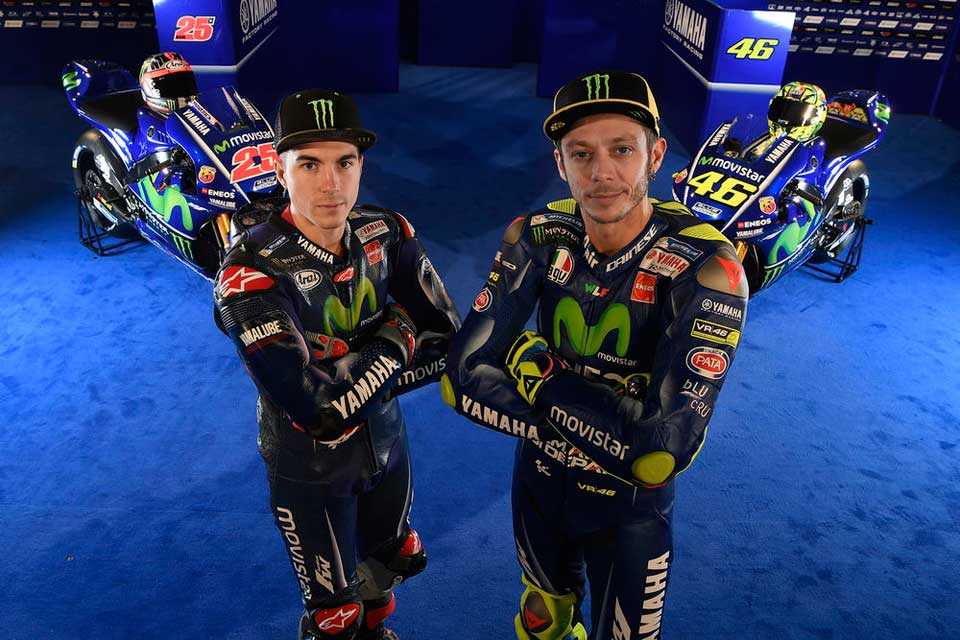 “This is the fourth year that Movistar will be our team’s title sponsor. In the last three years, we enjoyed some fantastic battles and great results and this season the target remains the same: to be competitive again and fight for the victory in every race. I have a new strong teammate and I think we can have a lot of fun this season,” said Rossi. 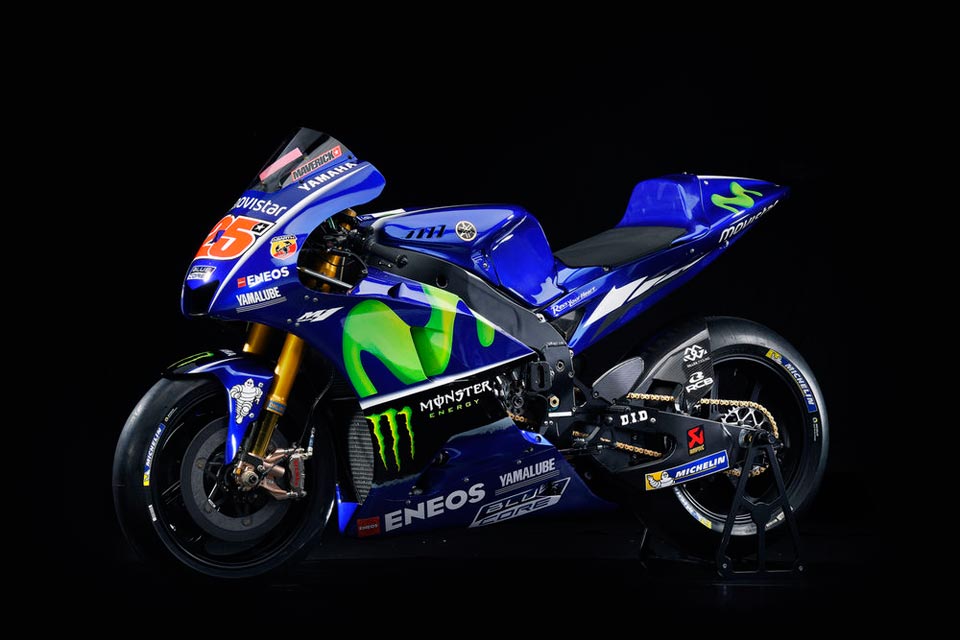 “When I was a kid, I used to watch Valentino riding his M1 and now I’m here at the team launch, its like a dream come true! Im so happy and motivated and I’m ready to give it my all. I want to thank Yamaha, Movistar and of course the team. They have welcomed me very warmly, so it is a great start to the season already. Honestly speaking, I was quite surprised by the family-feel, because on the outside you see a very serious and professional team, but as soon as I went inside the box I felt incredible,” said Viñales. After 9 years with Yamaha, Lorenzo joins Ducati with Dovizioso replacing Iannone for 2017