Ducati Corse presented their factory riders for the 2017 MotoGP season at the Ducati Auditorium in Borgo Panigale. Gunning for gold on the Desmosedici GP17 motorcycle are Andrea Dovizioso, on his fifth consecutive year with Ducati, and three-time world champion Jorge Lorenzo, who left Yamaha after dedicating 9 years to piloting their YZR-M1 (not without some team tension).

At the launching ceremony, Ducati Motor Holding CEO Claudio Domenicali celebrated the company’s solid growth in sales while reaffirming the factory’s commitment to the Italian passion for racing. 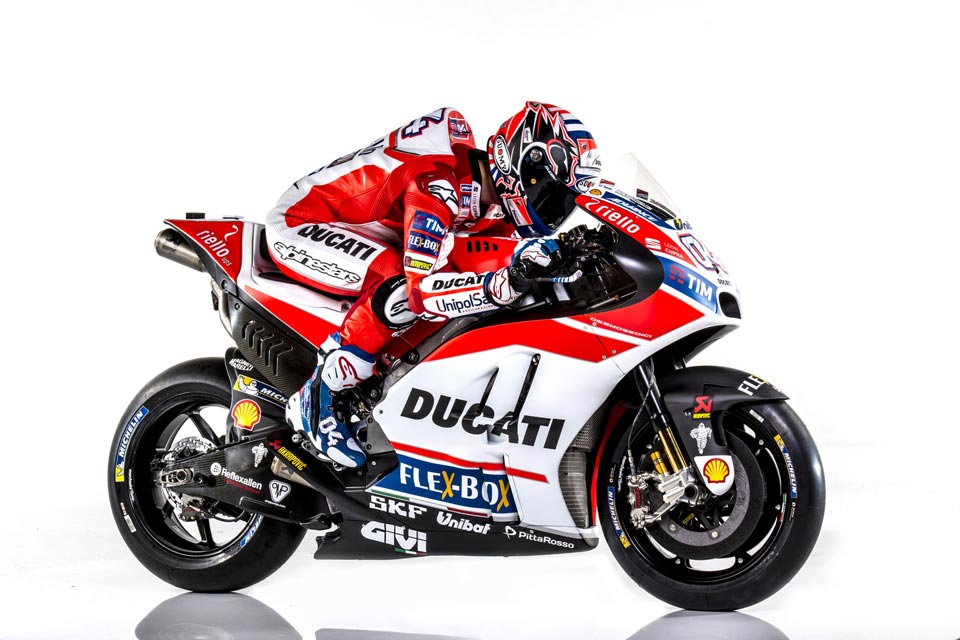 “This is not just a marketing ploy, for us competition is really the strongest passion of all of us Ducatisti. Because of our solid situation and the prospect of further growth, we have decided, in common agreement with our shareholder, to entrust Ducati Corse with the task of bringing back the world title to Italy, providing it with all the possible human, technical and financial resources to take part in this challenge," said Domenicali.

“After four years spent working hard, now we have become really competitive, and our aim can only be to fight for the championship. It gives me great pleasure to welcome Jorge into the Ducati family and I am certain that we be able to work well together,” said Dovizioso. 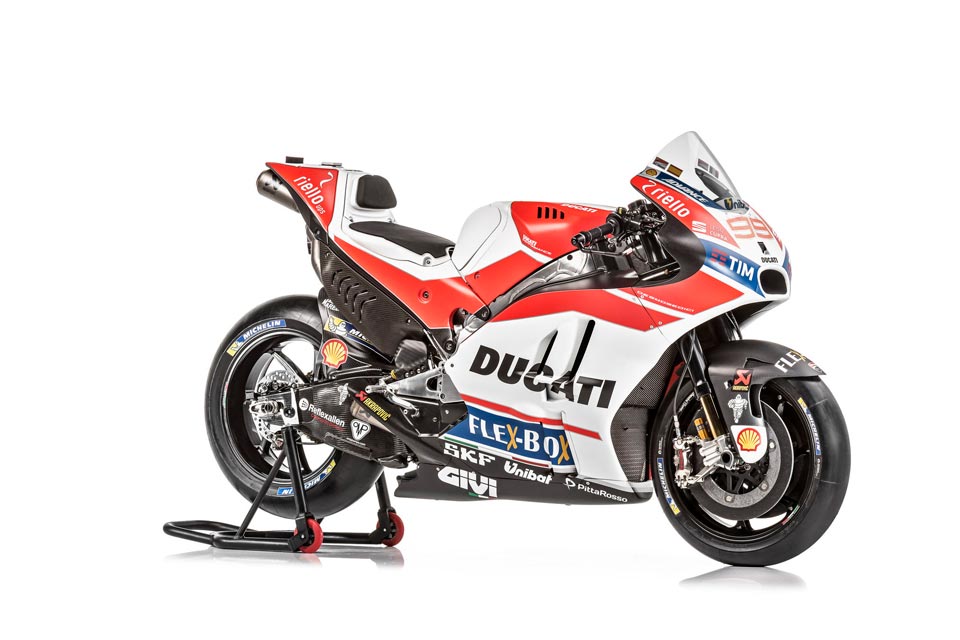 Jorge Lorenzo’s addition to the Ducati team caused a bit of a stir in 2016. Lorenzo had earned three world championships for Yamaha in a long relationship shy of a decade. The tension between him and former teammate Valentino Rossi was often palpable, but the rivalry produced good results for Yamaha’s development. After Rossi returned from Ducati to Yamaha and recently signed on with the Movistar team for another two years, Lorenzo made the choice to move when contracts were put back on the table. "To sign with Ducati you need some big balls, so I think Lorenzo will stay with Yamaha," remarked Rossi. Lorenzo decided to take the challenge.

Lorenzo’s imminent move to Ducati subsequently caused a rift between Ducati and then-rider Iannone. Ducati had to make the difficult decision of whom to keep, Iannone or Dovizioso. They chose the latter and rewarded Dovizioso’s long-term loyalty to the team and his invaluable contributions to the Desmosedici GP bike. Iannone left with some bitter remarks but a positive outlook, happily signing on to Suzuki as first factory rider. 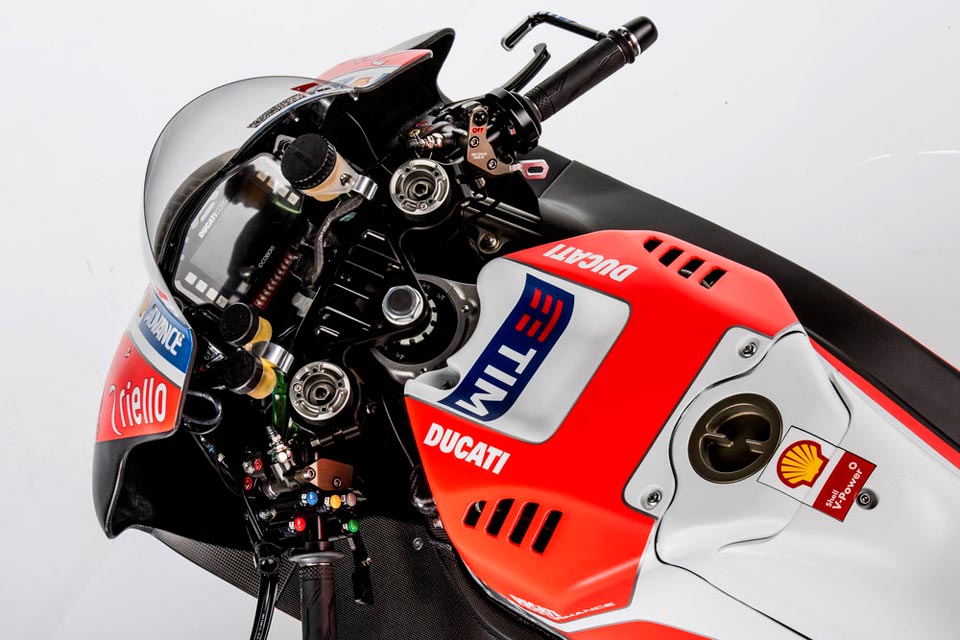 “The impression I got as soon as I came into Ducati was that all the employees are really enthusiastic about their job, and they feel a strong sense of pride about belonging to this historic and prestigious company. Thanks for all the welcome messages that I have received from the Ducatisti, I am really fired up and I intend to give my all to achieve the best possible results,” said Lorenzo.

The new winglet ban has affected Ducati and the team is scrambling to update the Desmosedici GP17’s aerodynamics and electronics. They enlisted the help of Casey Stoner and Michele Pirro for the pre-season test in Sepang, to test new parts and help set up the bikes for Lorenzo and Dovizioso. Stoner and Dovizioso ended the first test session in first and second place respectively. By the end of the third and final session, Dovizioso’s time put him in third behind Yamaha’s Viñales and Honda’s Marquez. Displayed at the 2017 Motor Bike Expo, both are based on the MV Agusta Brutale 800 RR Rider stopped on the side of SLEX to save a kitten from being run over.