Say hello to the latest cruiser in the Harley-Davidson lineup, the 2017 Road King Special.

“The Road King Special pounds down the boulevard like a gleaming locomotive rolling through a train yard at midnight. By exchanging chrome surfaces for black and lowering the bike’s profile, we’ve moved the traditional Road King into a new space that’s very current in the custom bagger scene,” said Brad Richards, Harley-Davidson’s vice president of Styling and Design. 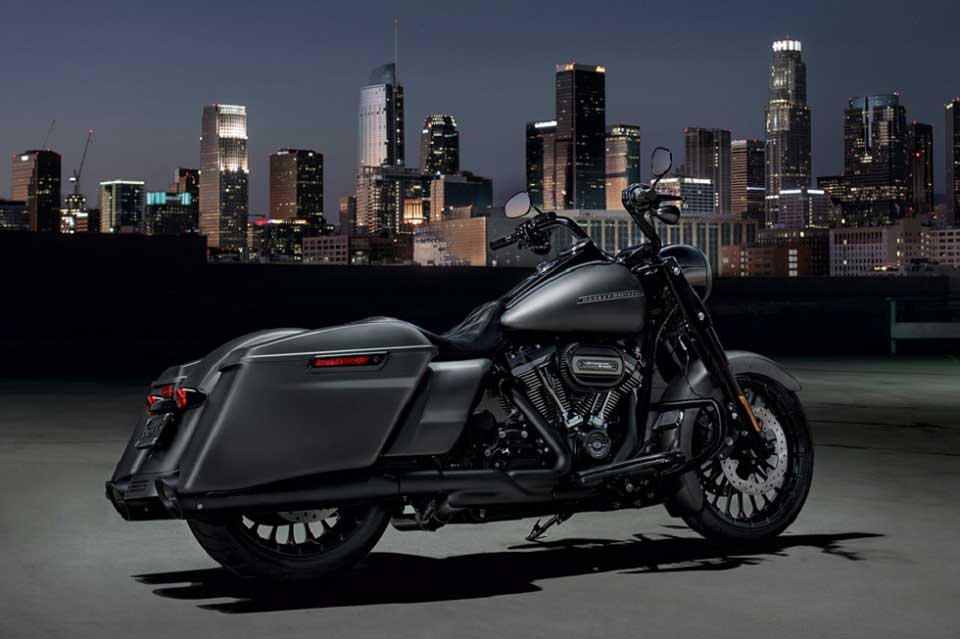 Right off the bat, the most noticeable change on the 2017 Road King Special is the blacked out components — swapping out shiny chrome in favor of a darker, more sinister mood. The Road King is H-D’s biggest, naked machine without a fairing, a nostalgic touring bike that harks back to the 1950’s. Suffice it to say, seeing what was typically a gleaming classic go dark makes a strong visual impression.

“Chrome was retained only on some key engine components. The lower rocker boxes, pushrod tubes and tappet blocks are finished with chrome to emphasize the V-Twin shape of the Milwaukee-Eight 107 engine. We added a new engine-turned air cleaner insert, a finish that’s also featured on the tank console,” said Dais Nagano, Harley-Davidson Designer-Stylist. 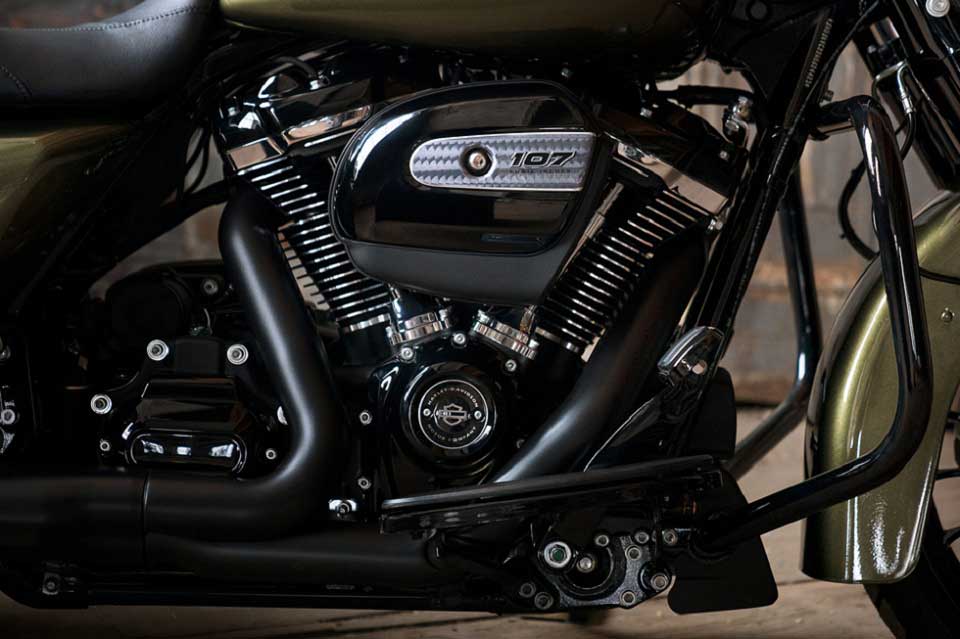 The new Milwaukee-Eight engine was unveiled in August last year and is the ninth big V-twin of Harley-Davidson. Its namesake refers to the four valves found on each cylinder head. The large power plant claims to 10-percent more torque than previous iterations with a 50% increase of intake and exhaust flow capacity; vehicle emissions are also improved in the wake of Euro 4 regulations. While it also comes in 1868cc (114 cubic inches), the new Road King Special utilizes the smaller 1753cc version (107 cubic inches) with chain final drive and 2-1-2 dual exhausts.

The Milwaukee-Eight in the Road King Special is also supposed to eliminate up to 75% of vibration on idle — keeping the iconic feel of an H-D rumble while adding even more comfort for long rides. A new heat management system should also provide more comfort. 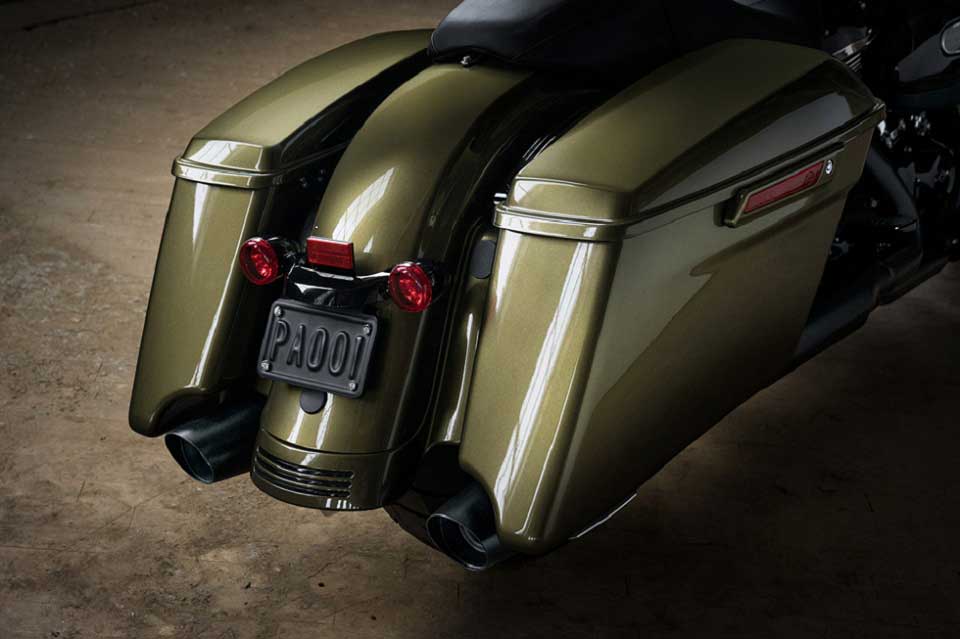 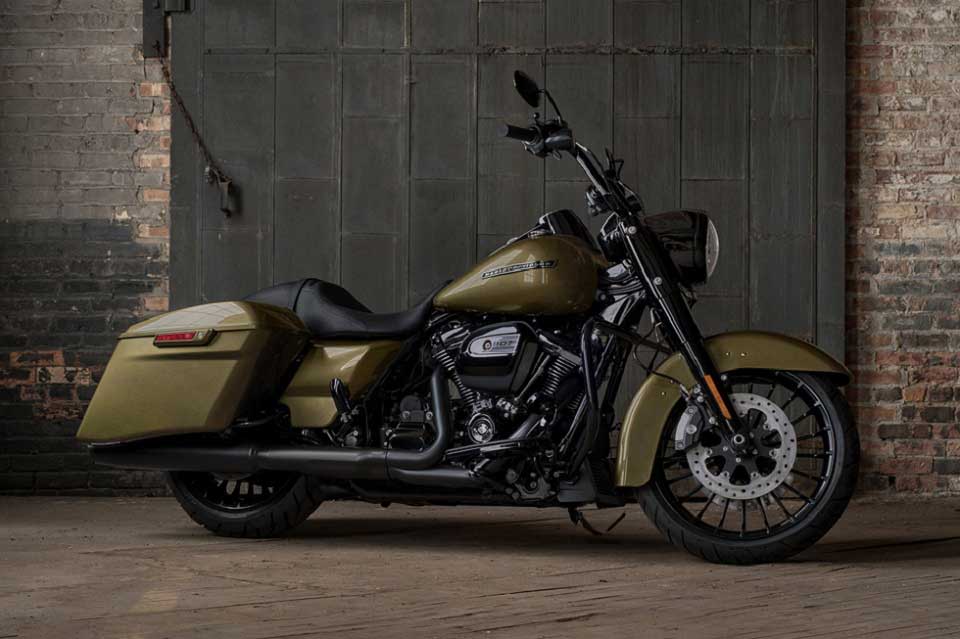