Thousands of motorcyclists will ply the streets this coming Sunday in protest of legislation and local ordinances that riders say are discriminatory and put their health and safety at risk. The activity, called a Unity Ride for Equality is organized by the Riders of the Philippines (ROTP), a community of motorcycle riders and motorcycle groups who advocate rider unity, road equality, respect, and safety. It is spearheaded by the Motorcycle Rights Organization (MRO), a part of the ROTP.

The group will gather at the People Power Monument on Whiteplains Ave. corner EDSA at 6:00 a.m. on May 27 and will ride together at 8:30 a.m. along EDSA and Quezon Avenue towards Mendiola. 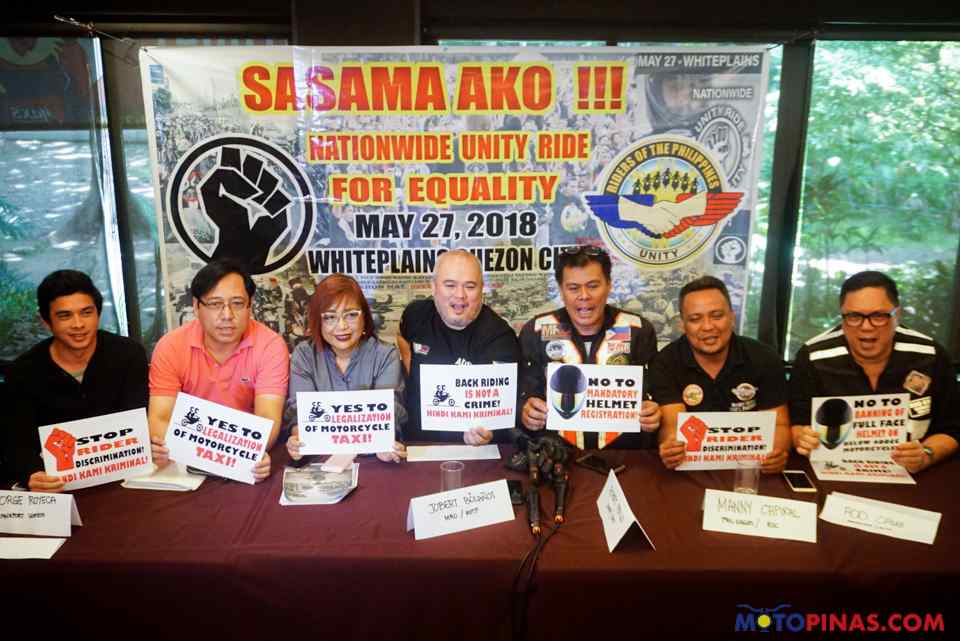 The goal of the unity ride is to protest the recent implementation of laws, bans, and regulations that the group claims is “subjective and discriminatory” and “criminalizes” riders. Such examples include local legislations banning backriding or pillion riding in Caloocan and Mandaluyong City, the planned requirement of open face helmets for riders of small displacement motorcycles, proposed mandatory helmet registration, and the confiscation of any fitted accessories like auxiliary lights. The group claims that with these rules, checkpoints, and crackdowns, “the burden of criminality is being passed on to the innocent riders.” 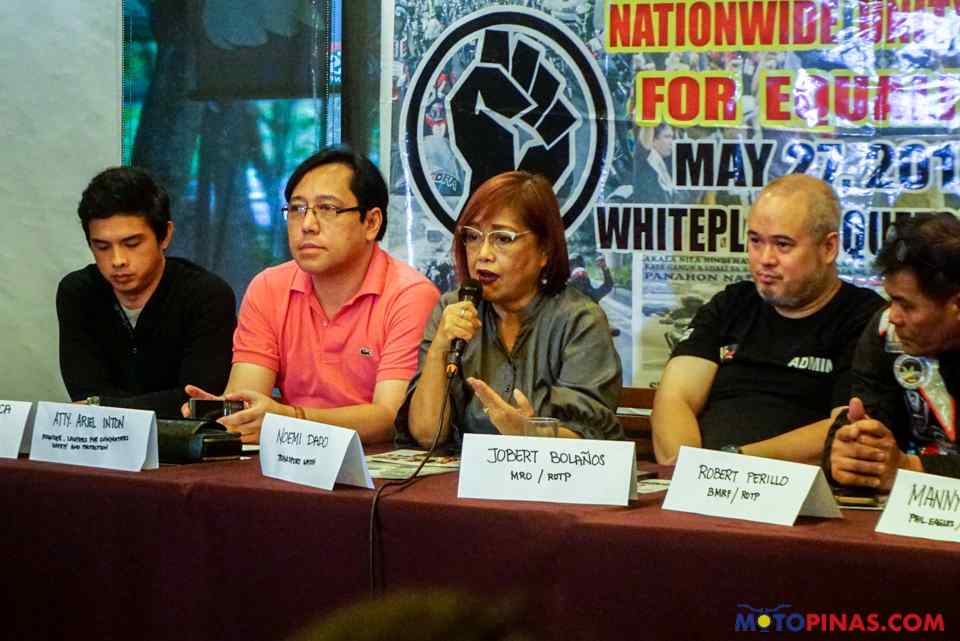 During a press conference held by the MRO, Riders of the Philippines (ROTP), and Transport Watch for the unity ride, the groups cited a recent SWS survey that finds 1 in 3 families own a motorcycle (32% of all Filipino households) as opposed to only 8% of all Filipino households that own a 4-wheeled vehicle. The survey also showed that among households that own motorcycles, 51% use them for livelihood, like for renting out, for tricycles, for assistance for their business, or as a mode of transportation going to work. The SWS survey was done from March 23-27, 2018 for the whole Philippines with 1,200 adult household heads as respondents. The group noted that laws and bans that are unfavorable to motorcycles are unfavorable to a large portion of the population.

Besides the protests, the group is also lobbying for legislation to allow motorcycles to serve as public conveyance. Transport Watch, convened to push for policy and legislation that promote better transport alternatives, road safety and education, is pushing for the regulation of motorcycles-for-hire.

The group cited how in their own test, a motorcycle was able to convey a passenger from Trinoma in Quezon City to Buendia in Makati in less time than it took a passenger on a bus or MRT. The group hopes that with the legalization of motorcycle public transport, commuters will be able to get to their destinations more efficiently, and more jobs may be provided for the motorcycle operators. 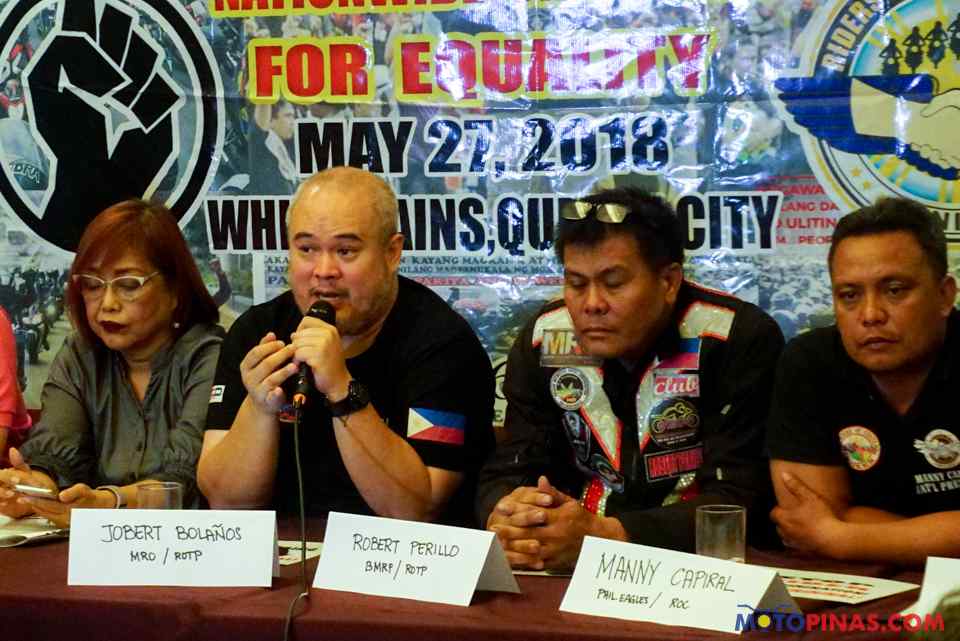 “Based on our initial estimates, we hope to gather at least 5,000 riders,” said MRO chairman Jobert Bolaños. “Our goal is to let our voices be heard but to inconvenience the people as little as possible.”

In spite of their planned protest, the group hopes to cause the least disruption to commuters and drivers as possible. The group plans to ride in a formation composed of two bike side by side. They convoy will only occupy the designated motorcycle lane along EDSA and Quezon Ave. In addition, the group has taken the initiative of coordinating with the MMDA and i-ACT with regard to their route. All participants in the ride are also required to have complete safety gear, and motorcycles that are registered, and compliant with all regulations.

The MRO has been regularly organizing unity rides to protest unfair legislation. The last unity ride was held in July last year to protest the planned implementation of open face helmets for small displacement riders, to aid law enforcement to identify criminal elements. Thousands of riders gathered in Quezon City to protest the planned ruling that the group called “discriminatory” and compromises their safety. Monsteristis in the Philippines gather for 2018 Monster Day to celebrate 25 years of the Ducati Monster.

Vespa Philippines held a free Safety Riding Course for its clients and enthusiasts at the Megatent in Libis.