Harley-Davidson reveals the XR-750 successor, the XG750R after more than 40 years It’s been a long time coming. Harley-Davidson is finally starting to develop a new flat track racer, after having stuck with the legendary Sportster based XR-750 for decades. The XR-750 has dominated the AMA Grand National Championship since the ’70s. Its riders have decimated the competition, winning every season from 1972 to the present save for literally a handful. The XR-750 has had more victories in AMA than any other bike. With such a long and successful legacy, it is arguably the most successful race bike of all time. The mere mention of it sends chills down one’s spine, largely due to the association with Evel Knievel… But a successor is being developed. Meet the challenger, the XG750R.

The XG750R, also known as ‘the G bike’, is based on the liquid-cooled Harley-Davidson Street 750, however, the XG is purpose-built and tuned to race for the Screamin’ Eagle factory team. The motorcycle is the result of joint development with Vance & Hines, a manufacturer for aftermarket performance parts for two-wheeled sporting beasts. The company is also known for their NHRA Pro Stock winning drag bikes. Already having been tested and raced several times, the XG750R makes its official debut at Illinois’ AMA Pro Flat Track Springfield Mile this weekend. 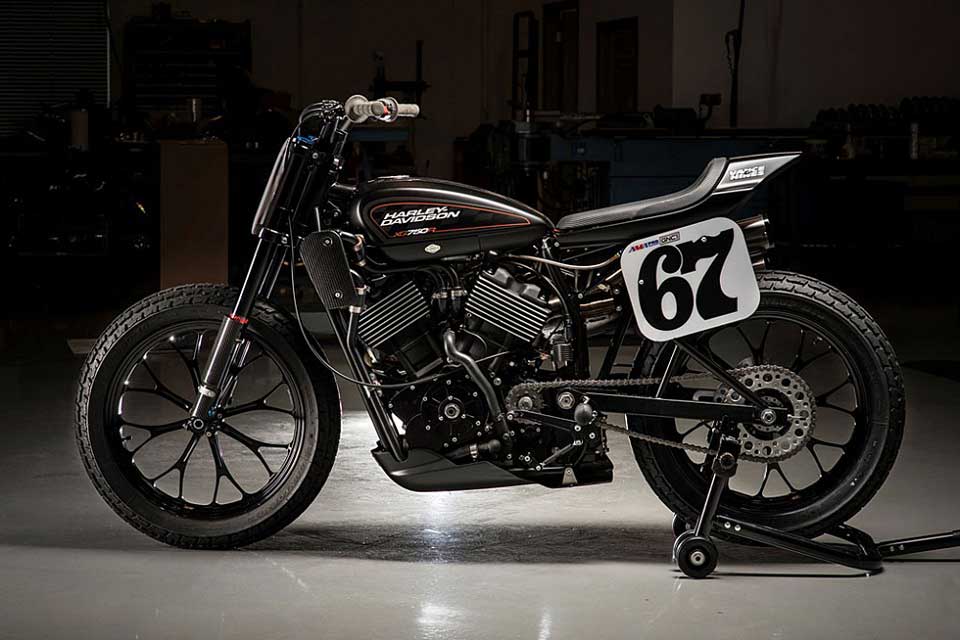 This pivotal development program, as it is for all race machines, will be an ongoing process. 18-year-old Davis Fisher will be riding the G bike for his move up to the GNC1 class, after having won the Pro GNC2 championship last year. His teammate, the 23-year-old 2013 AMA GNC champion Brad Baker, will remain on the legendary XR-750.

“We wanted a young rider with plenty of raw ability for the XG750R program, and Davis proved himself in the GNC2 class. We are excited to have the opportunity to bring an emerging talent like Davis up to the GNC1 series to develop the new bike alongside an experienced champion like Brad Baker,” said H-D racing manager Kris Schoonover. 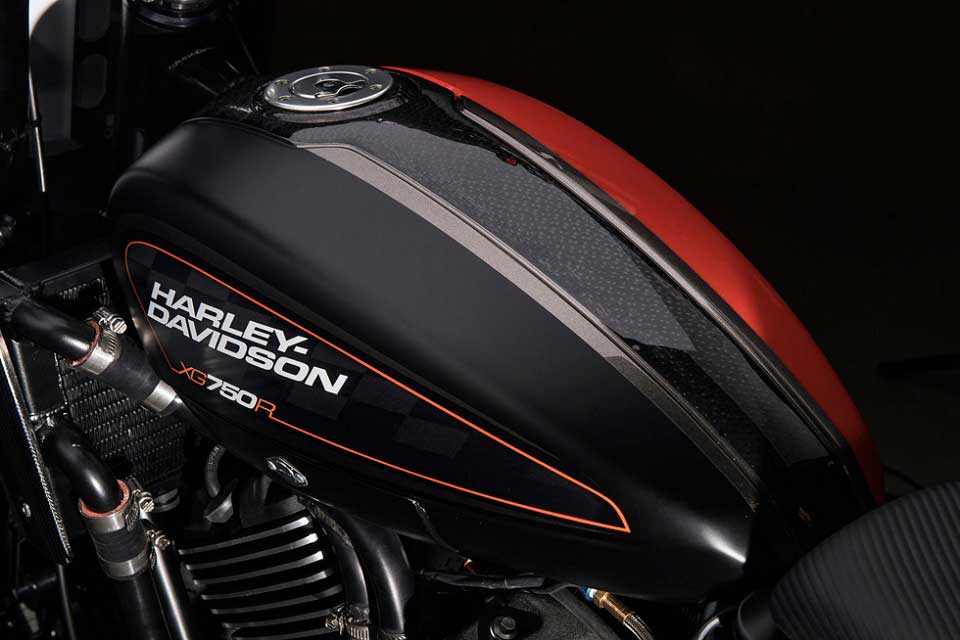 “The XG750R has shown great potential in testing and the first few races this season. But as with any new racing motorcycle, there will be work to do. We’re excited to continue testing the XG750R in real world competition, and as we make our way through the season, we will evaluate the performance of the bike and our factory riders to see if Baker might switch to the new bike.”

The H-D Street 750’s chassis was reworked, and its Revolution X engine upgraded with power pushing parts. The XG750R is a heavily modified, dirt drifting, custom-tailored prototype racer. One of the most noticeable telltale signs, aside from its classic silhouette and nameplate, is the absence of front brakes. Getting up close and personal with its guts reveal new high performance, CNC machined bits by Vance & Hines—including compact case covers and twin-throat throttle bodies, among a slew of other bells and whistles. 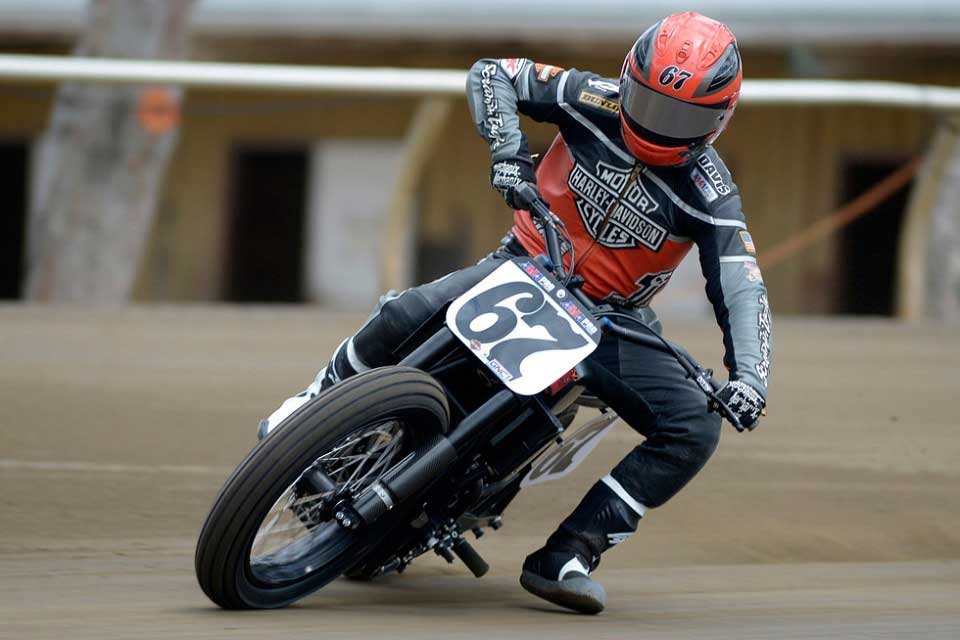 "After decades of flat-track racing success behind the Harley-Davidson XR-750 flat track motorcycle, we knew it was time to develop the next-generation Harley-Davidson to compete in one of the best spectator racing sports out there today," said Schoonover.

We look forward to seeing how the XG750R fares in the hands of fresh talent, but will it take the torch from the reigning champion, its predecessor the XR-750, to victory? Time—spent tweaking by its engineers and sideways by its riders—will tell. We know what you’re thinking… Will there be a street legal production version? Harley-Davidson announced that they have no plans for one. Keep in mind that it took the Bar and Shield more than 13 years to release a road-going XR-1000 after the race bike’s debut, and another 13 for the cult favorite XR1200. You can hope, but don’t count on it. In the meantime, catch this new high-revving flat tracking twin at the oval races! New Heads-Up Brake light warns people behind you're slowing down

The Heads-Up Braking System adds wireless, detachable LEDs to your helmet that light up as you slow down