BMW has been the main patron of Concorso d’Eleganza Villa d’Este since 1999, and BMW Group Classic has hosted the prestigious event since 2005. For 2016, the Bavarian powerhouse was at it again on the grand hotel grounds—showcasing a special exhibition spanning 100 years of BMW history and wowing, as per tradition, with show stopping ‘Hommage’ concepts. To celebrate the 80th birthday of BMW’s pre-war motorcyce, the R 5, BMW paid tribute to Motorrad heritage with the R 5 Hommage. 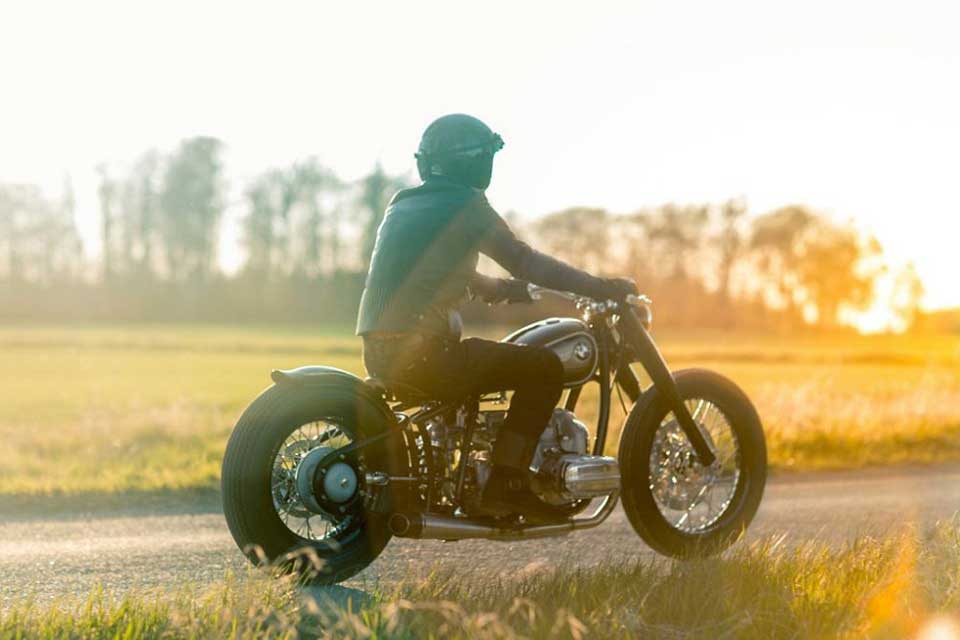 Design-wise, the original R 5 from 1936 was one of the favorite beemers of both BMW Motorrad’s Edgar Heinrich (Head of Design) and Ola Stenegard (Chief Stylist, Head of Vehicle Design, and Creative Director of Heritage BMW Motorrad). They agreed on using the R 5 as a starting point for sketches in time for its 80th birthday, but realized they’d have to build the bike from scratch—proudly declaring that “No R 5s were harmed during the making of this homage concept” to the comfort of vintage collectors. 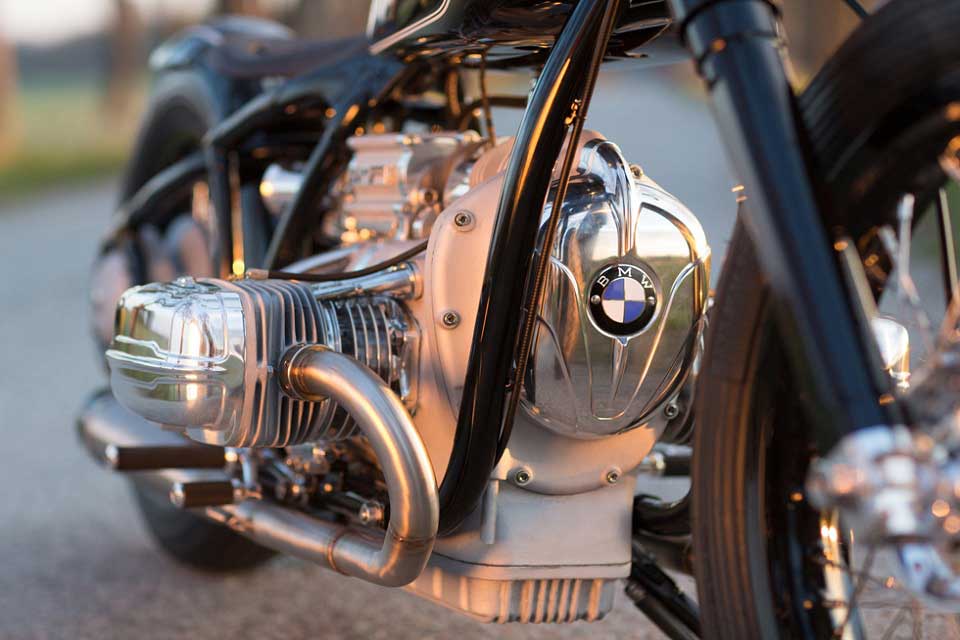 With Concors d’Eleganza as the deadline, Project Manager for Concept Bikes Michael Eder set off to source a suitable engine. The demand for old airhead BMW boxers has seen a steady increase at the behest of the growing popularity of customizing old school beemers. The R 5 Hommage project ended up revolving around an original 500cc (494cc) flat twin that needed to be rebuilt from damages sustained by racing—an engine provided by R 5 expert Sebastian Gutsch.

Its restoration required reproduction cylinders and heads, as well as newly machined aluminum valve and breast covers. The real icing on the cake was the re-engineering and performance tuning. They put a blower on it, with an aluminum adapter plate. Yes. The R 5 Hommage is effectively supercharged, and newly built stainless steel exhausts accentuate its idiosyncratic sound.

At face value, the inspiration for the bike’s appearance remains clear; the lines of the unique motorcycle echo the R 5’s classic, straightforward style. While the R 5 of the ‘30s was an innovative, lightweight sporting motorcycle boasting high performance in its time and regularly used in racing, the new R 5 Hommage takes some liberties with retro cruiser cues. The most conspicuous updates to the bike’s geometry and riding position push the bobber aesthetic—sketched by the BMW Motorrad design team and achieved by the loving craftsmanship of the Noren brothers. 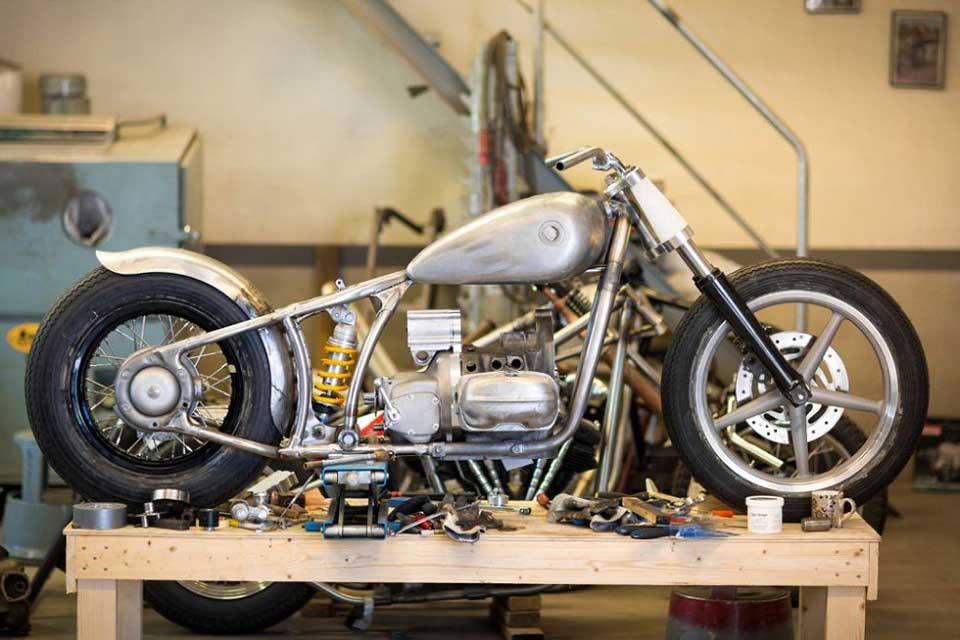 Built from the ground up, all of the bike’s parts were hand-crafted including the tank, frame, and fender. While the oval tube frame harkens back to the original pre-war motorcycle, the steering head’s rake contributes to the Hommage’s road presence with a tip of the hat to custom culture. Other amenities include new suspension and modern brakes. The result is a remarkable exercise in innovation, minimalism, nostalgia, and skillfully executed custom work. 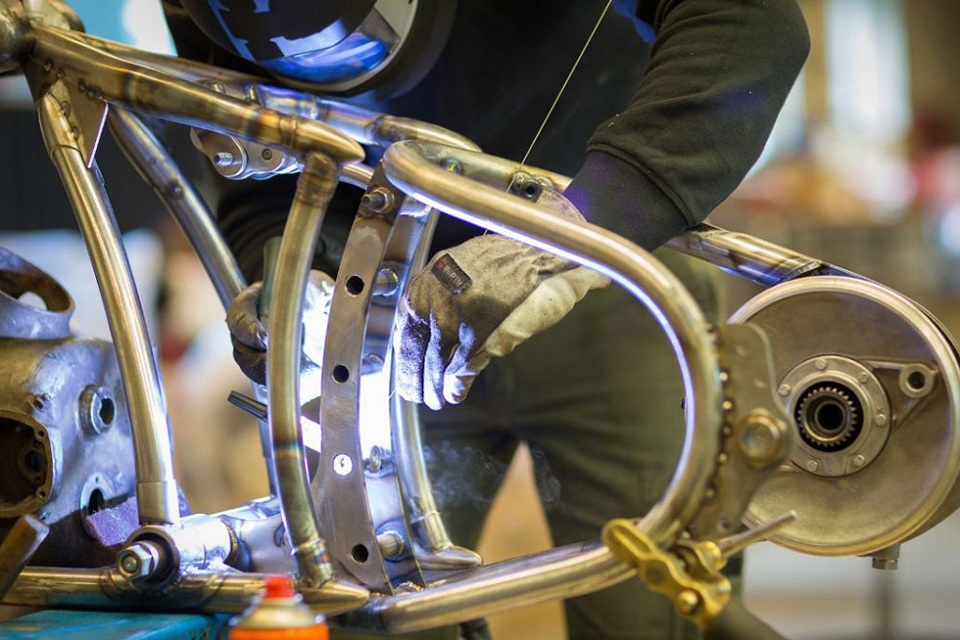 By the project’s end, the team invited Sebastian Gutsch to take it for the spin. The R 5 enthusiast expressed his approval. “I was afraid about what I’d say if I didn’t like the finished bike, but now it’s so much better than I thought it was going to be,” Gutsch said. “From the beginning I loved the idea of putting a charger on it. The engine really pulls, there’s a lot of torque. This R 5 Hommage has really surprised me in a positive way and I’m so glad I was able to help with the old engine – it was lying around anyway!” 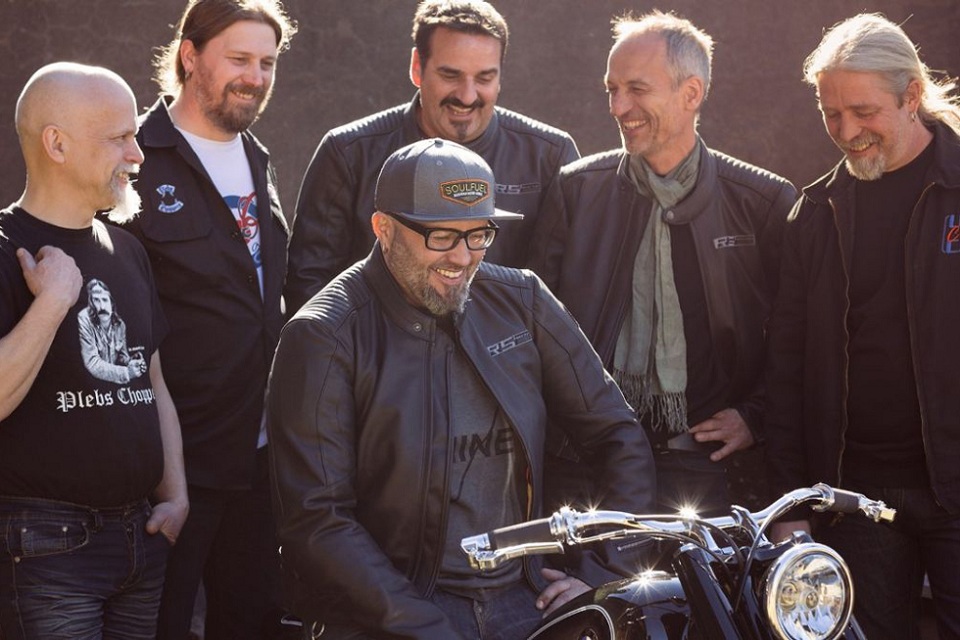 “I’m super happy that it all came good. It’s one of the bikes that I’m most proud of, maybe because it’s closer to my heart than any other bike or possibly because there was no guarantee that it could ever be done. We started with nothing, all the other bikes we’d done had a running engine, but for this we put together a motor from old broken pieces and for good measure decided to throw a supercharger on it!” Ola Stenegard explained. “It’s the collection of individual expertise that has resulted in this thing of beauty that pays homage to 80 years of the R 5’s heritage. This is a bike I’m sure I’ll look back at 30 years from now and still feel good about.”

“When I saw the finished bike it was crazy – like the birth of your new child. When you look at it you see so many details, and then you start it up and it’s something else. It sounds amazing to hear a supercharger in an old motor like this and it’s important that people hear it running, not just look at it presented on a podium. I think nobody expected this kind of bike from BMW Motorrad but it’s been a fantastic team effort,” Project Manager Michael Eder proudly declared.

Finally, H-D is developing the new high-revvin' XG750R after more than 40 years of reppin' on the ovals with the legendary XR-750.