On the first day of this year’s Inside Racing Bike Fest (IRBF), KTM launched its first parallel twin motorcycle, the 790 Duke. Along with the bike’s reveal, KTM also announced its partnership with Ibero Asistencia for global roadside assistance.

The prototype of the 790 Duke was first introduced at EICMA 2016. Nicknamed “the Scalpel”, the naked motorcycle aimed to achieve the power of an 800 cc in a package that boasted the agility of a 600 cc. KTM has delivered on those promises with its brand new middleweight, designed by KISKA and claimed to be KTM’s “sharpest tool in the shed”… The new LC8c DOHC engine of the 790 Duke is KTM’s first parallel twin offering. The motorcycle is now for sale in the Philippines for ₱790,000.

The KTM 790 Duke is powered by a 4-stroke, liquid-cooled 799 cc parallel twin engine rated to make 104.7 PS at 9,000 rpm and 87 Nm of torque at 8,000 rpm. This naked middleweight is built around a powder-coated, chromium-molybdenum-steel frame with the engine serving as a stressed member. 43 mm WP inverted forks and 300 mm disc brakes are found in the front, with a WP mono shock and a single 240 mm disc in the rear. Seat height is measured at 825 mm, fuel capacity is approximately 14 L, and the bike weighs 174 kg wet. 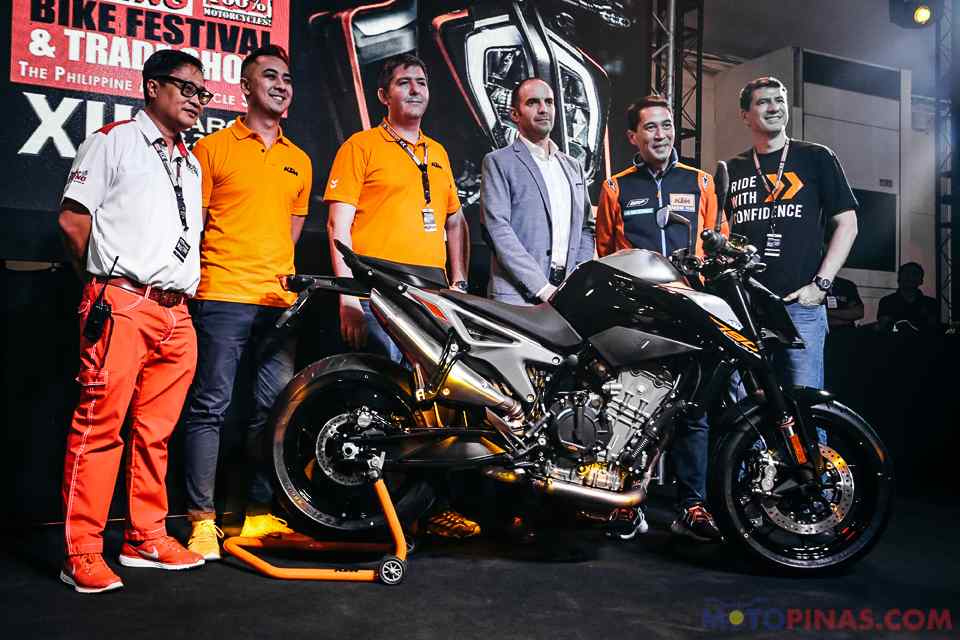 BMW Motorrad brings the GS badge to a new crowd with the sub-400cc G310 GS.