The wet road to Mongolia 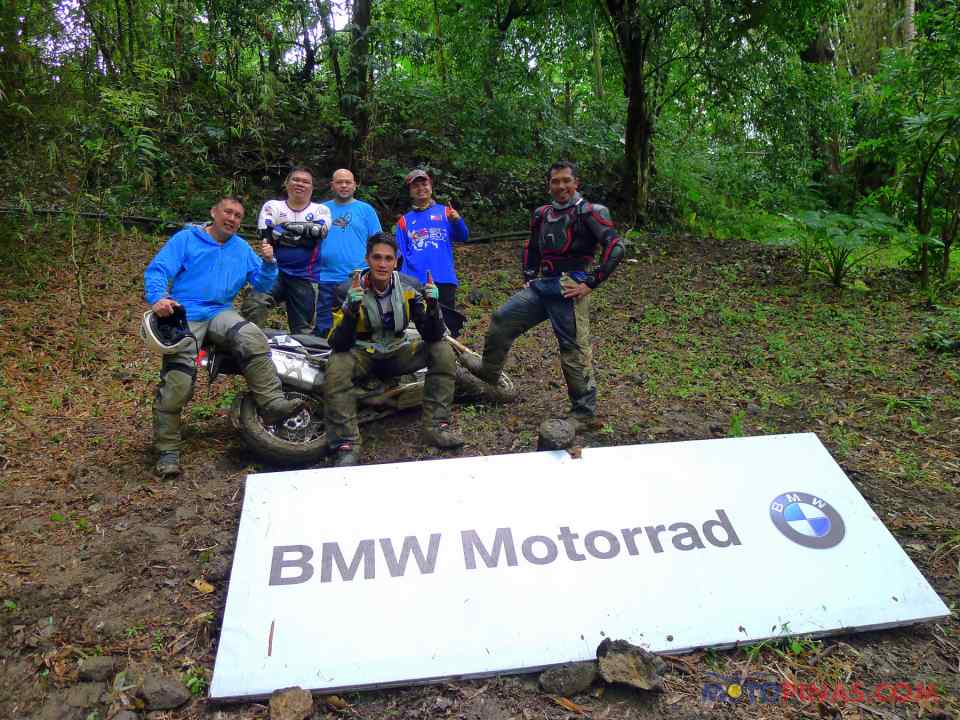 Members of Team Southeast Asia were recently at the KRB Offroad Park in Antipolo City training under fellow adventure rider and  coach, Toto Villanueva. Waving the Philippine flag is Aris Cuevas, who was one of three finalists at the Philippine qualifier, and the sole Pinoy to earn a spot in the Southeast Asian team at the regional qualifiers in Thailand last Septmeber.

Joining him are Jakit “Ouy” Thawongpeay from Thailand, who is an ex-motocross rider, and Mohd Apis from Malaysia, who is a professional diver. 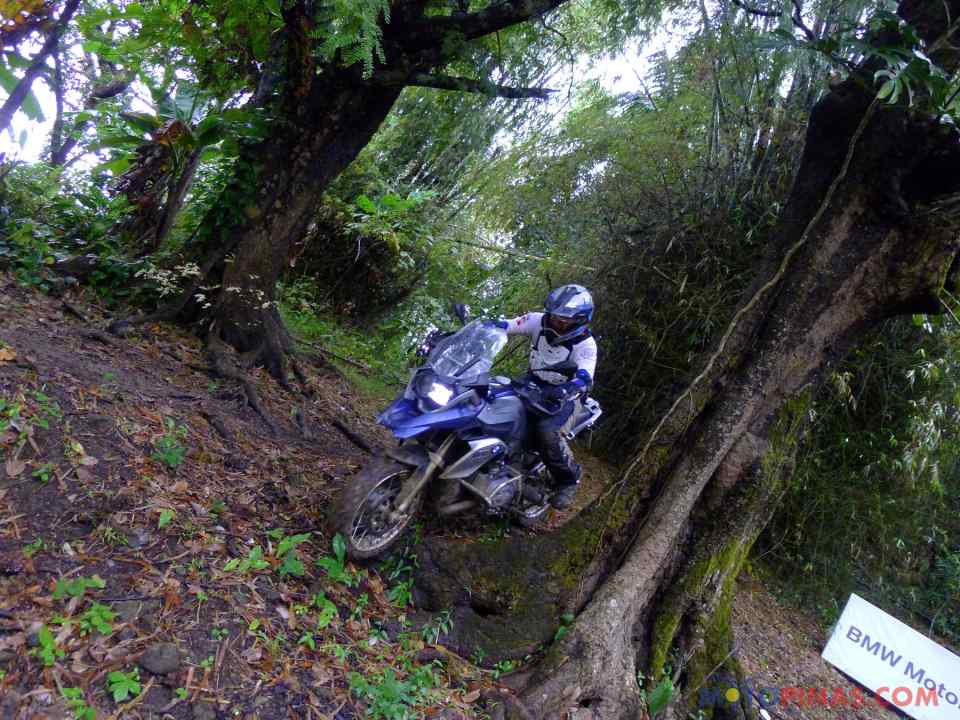 This is the first time in the 10-year BMW GS Trophy history that a Filipino rider will be competing head-on against global powerhouse teams like Germany, Australia and U.S.A. in a contest of their skills and teamwork with the BMW GS 1200. 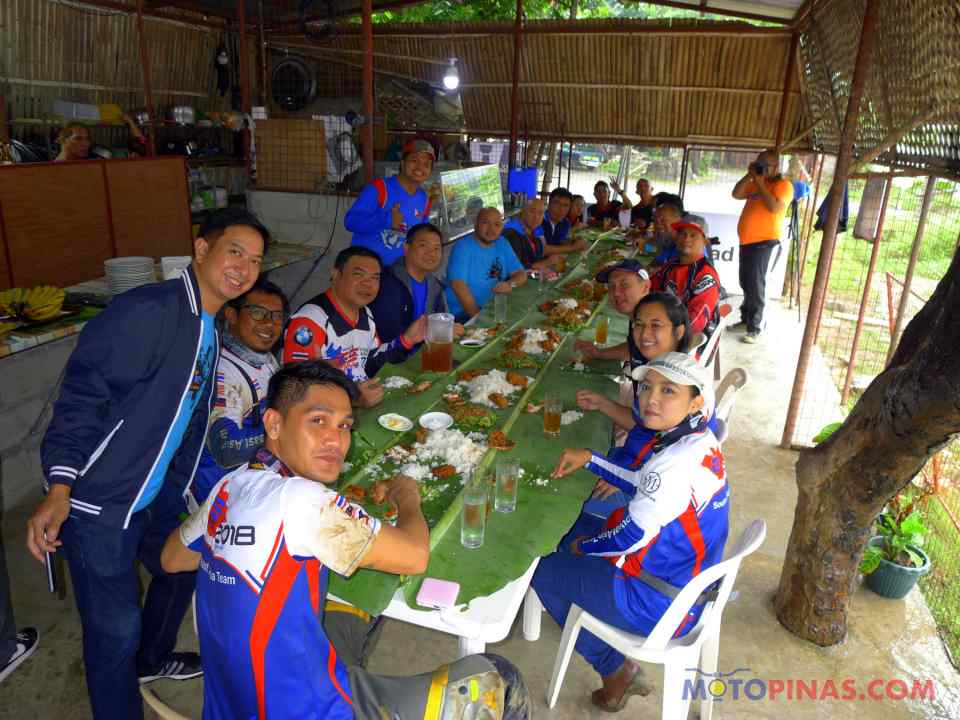 It was raining when I arrived at the KRB Offroad Park and the team was already having lunch in a classic Filipino manner — a boodle fight — together with a few friends who wish to cheer the team on and some members of the media. Apparently, it was only during that lunch time that they got a breather – a clear indication that the team under the tutelage of Coach Toto Villanueva is very serious about performing well in the GS Trophy International.

Our finalist, Aris Cuevas, is an engineer during weekdays and an adventure rider during weekends. He is also a member of the BOSS motorcycle club (BMW Owners Society of Safe Riders) which organizes the annual BOSS Ironman Challenge. 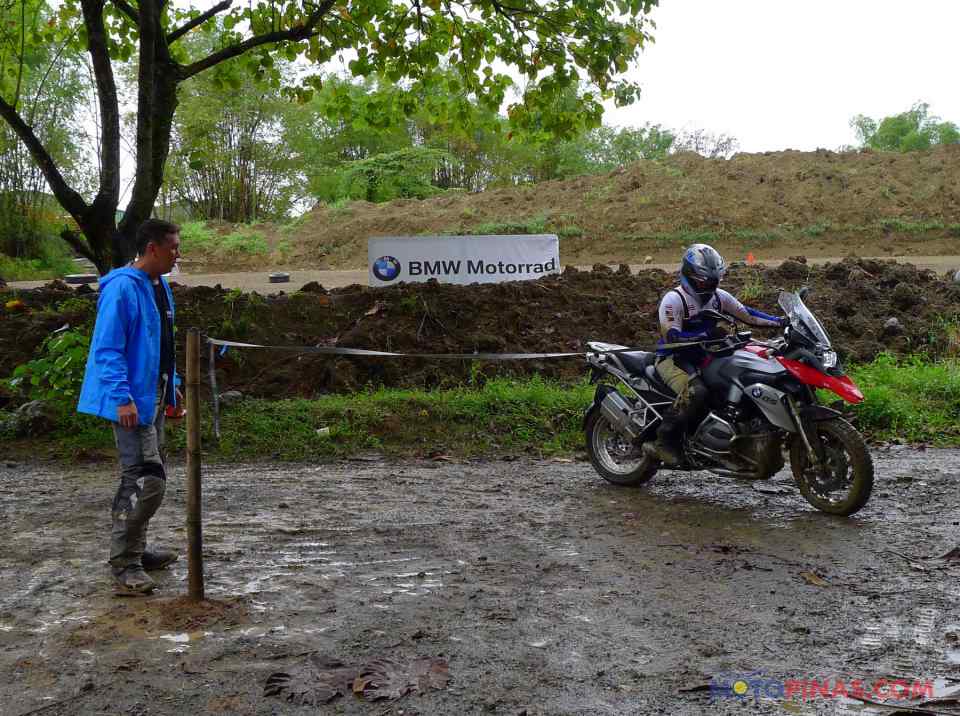 Asked about what preparations they are doing for the GS Trophy SE Asia Team, Villanueva said, “GS Trophy kasi is a team event so maraming mga exercises doon and mga skills challenge na you get points by team events. Individually, syempre kailangan nila ng saddle time. Pangalawa, yung riding skills nila kailangan ma-enhance kasi hindi natin alam kung ano ang tatahakin natin sa Mongolia. So anything can happen sa Mongolia.” (The GS Trophy is a team event so there will be lots of exercises and skills challenge that you get points through team events. Individually, they need saddle time. Second, their riding skills needed to be enhanced because we don’t know what we will encounter in Mongolia. So anything can happen in Mongolia.) 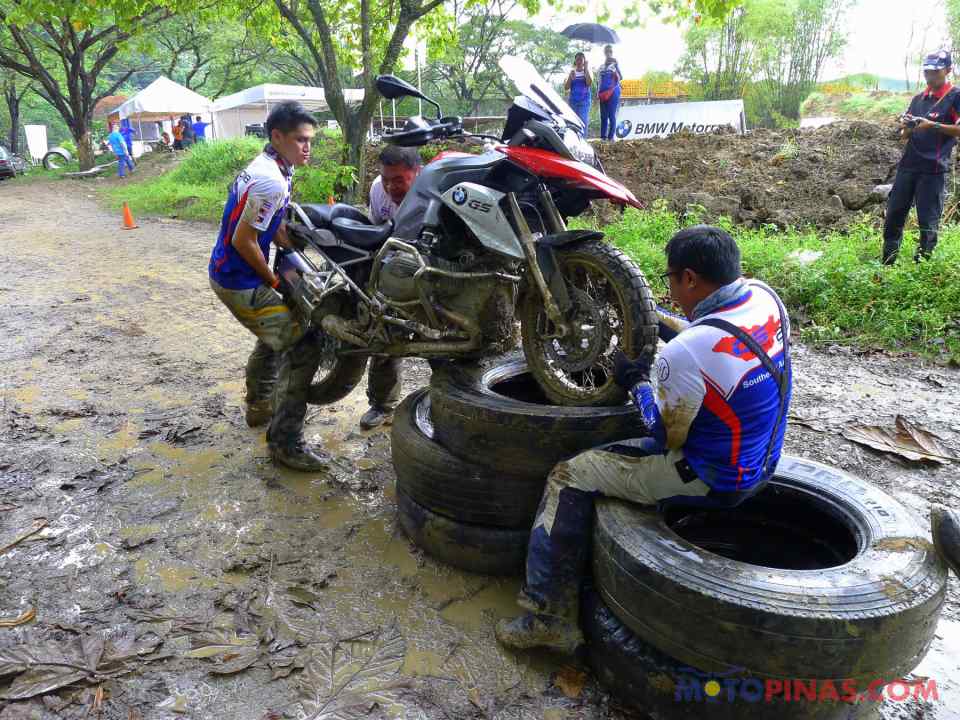 One of the challenges the team may face is the language barrier. But according to Coach Toto, so far the team is learning how to overcome that even though their training schedule is limited. “So far the team is getting well, they have been communicating so well,” said Villanueva.

The next day, the team spent some saddle time and off-roading at Lobo Batangas before Thawongpeay and Apis departed for their home countries. Their next meeting will be a 5-day training “hell week” in Thailand this coming March. In the meantime, Aris will undergo individual training here in the Philippines.

The International GS Trophy is a motorcycle adventure challenge posed to BMW Motorrad owners with teams from all around the world battling it out on intensive daily stages and numerous special challenges. Visit  this page for updates on the GS Trophy Team SEA. The new Honda collection for Forever 21 hopes to get more youths celebrating motorsports.