Royal Enfield’s adventure bike, the Himalayan, was one of last year’s most highly anticipated motorcycles for good reason. It is now available for the Philippine market, care of Royal Enfield Pilipinas, and for a price that won't break the bank to boot.

While the retro brand’s other models have made countless of successful expeditions through rough terrain and exotic locations, the Himalayan is Royal Enfield’s first designated dual-sport — purpose-built for exploration and off-road trails. 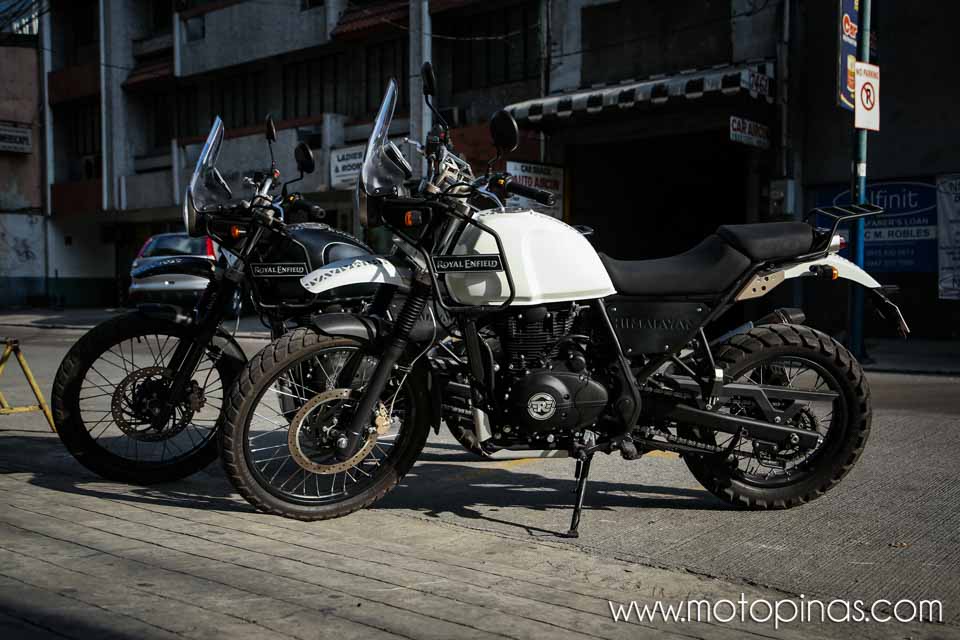 Royal Enfield is known for their nostalgic machines that provide purist-friendly experiences and robust construction. While the manufacturer’s previous models paid tribute to the post-war motorcycles of the ‘50s and ‘60s, the Himalayan makes a time jump; it feels more like a modern classic, taking cues from ‘70s enduro aesthetics and late ‘80s dual-sport technology. 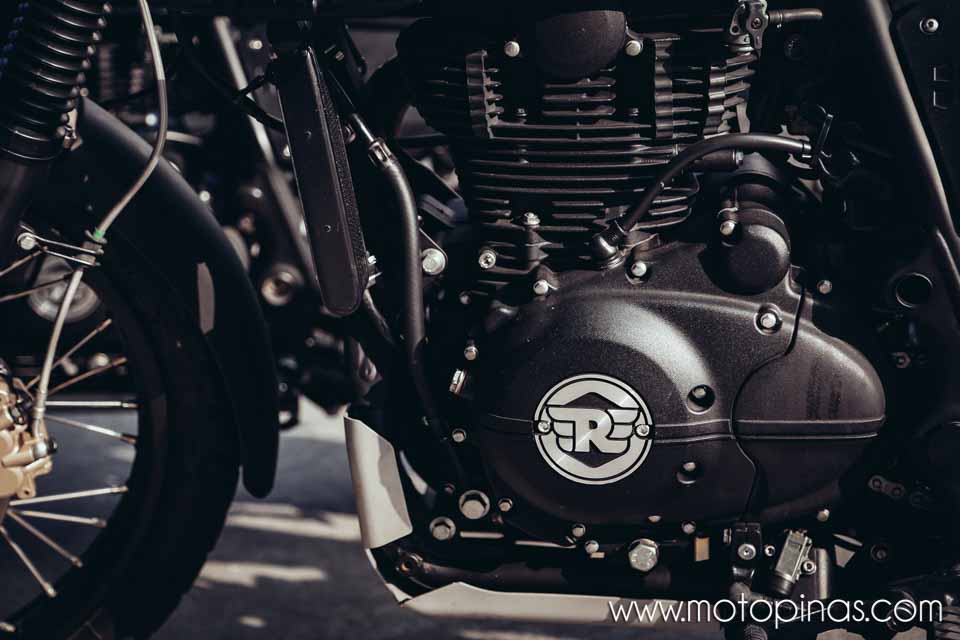 The Himalayan gets an all-new, air-cooled 411cc single-cylinder engine making it highway legal on our expressways. The thumper makes 24.5 PS at 6500 rpm and 32 Nm of torque at 4000 rpm. At the bike’s front are 41mm conventional telescopic forks and a single 300mm disc while the rear holds a single 240mm disc and Royal Enfield's first-ever monoshock. Suspension travel is nice and long at 200mm in the front and 180mm in the back. 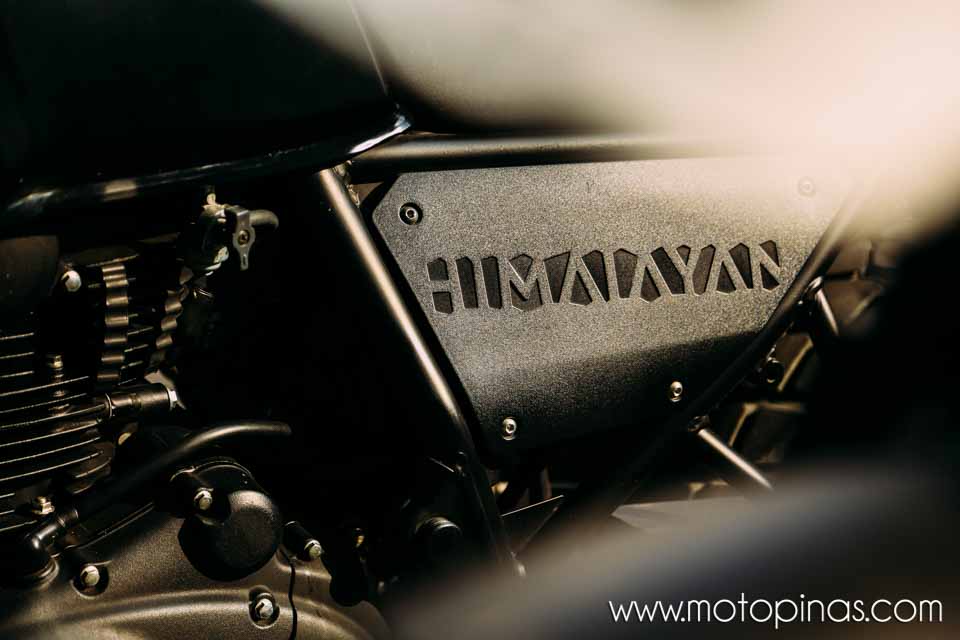 The two units parked in front of Royal Enfield’s Makati dealership successfully completed this year’s BOSS Ironman Challenge. Thanks to thoughtful weight distribution, mounting one of the fueled-up motorcycles upright proved surprisingly light, given the numbers on paper and Royal Enfield’s reputation for keeping a bulletproof all-metal mindset.

Much of the vibration was eliminated on the Himalayan to offer more comfort on longer road trips — in comparison to the visceral rumbling that gives Royal Enfield’s previous models much of their old school character. 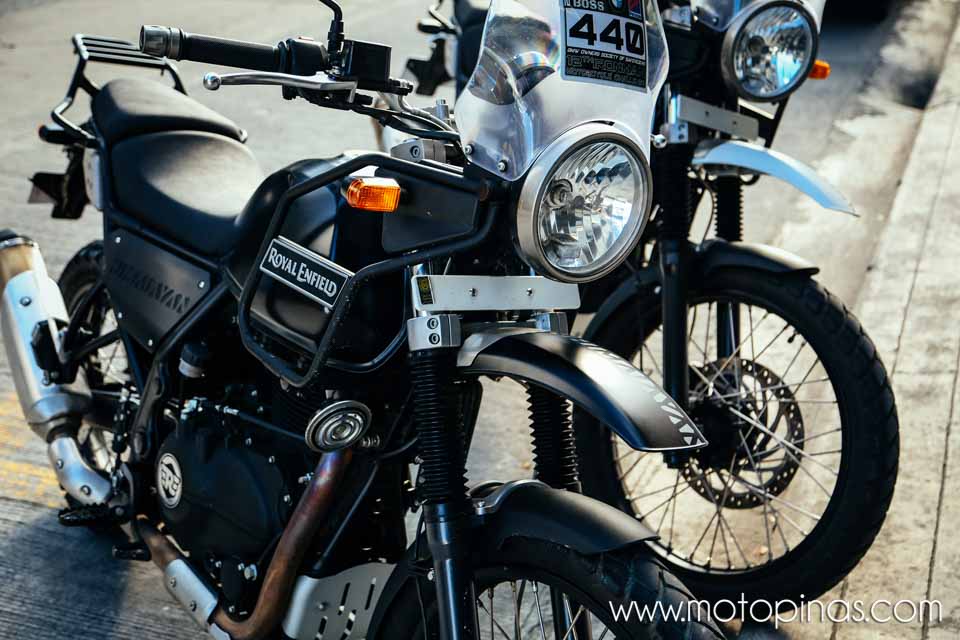 Since its release, the Himalayan has been praised as one of the biggest bangs-for-your-buck — well reviewed the world over. 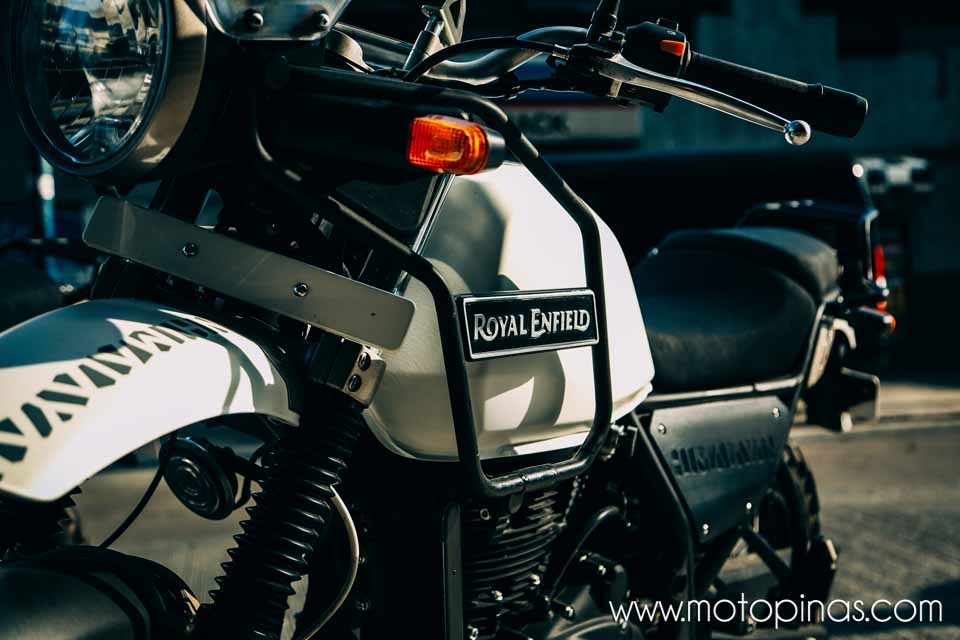 The Himalayan retails for PhP 299,000 by Royal Enfield Pilipinas and the price tag includes a set of aluminum panniers. For those living in Metro Manila, the bike can be viewed at the dealership on Bagtikan St. in Makati. 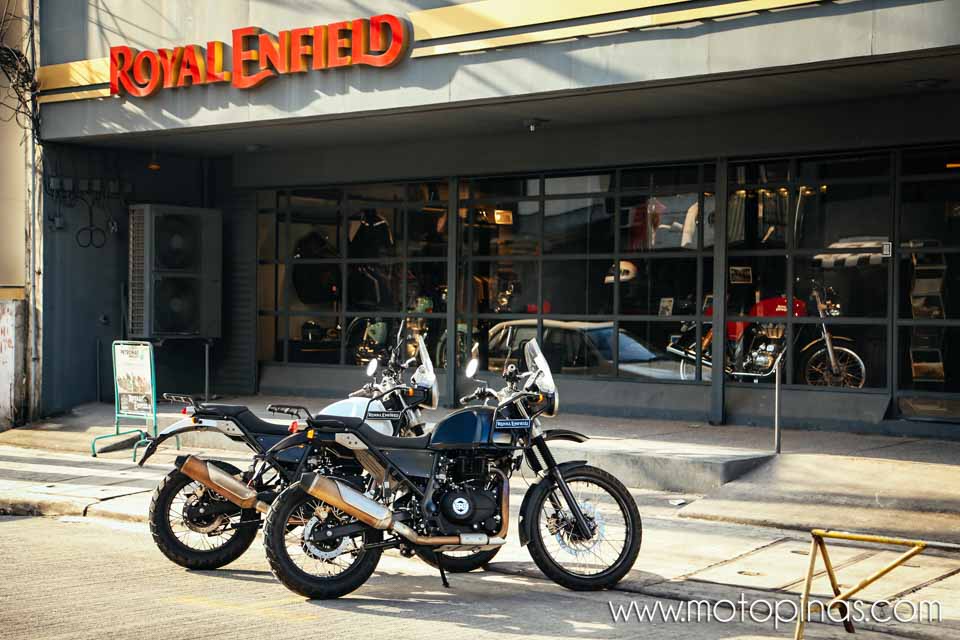 While preorders are welcome, the official Philippine launch of the Royal Enfield Himalayan is set for the first week of April, 2017.