Royal Enfield has a reputation for building retro bikes that are user and budget friendly, sport retro looks, and can take a beating. You’re familiar with the image of adventurous individuals braving the elements in exotic countries, in groups or in lone-wolf capacity, navigating remote landscapes on Royal Enfield motorcycles.

This year Royal Enfield injected a brand new bike into their roster, and it’s effectively a dual-sport. Enter the Himalayan. It is now the Enfield designated for riders who want to hit the trails. It’s still got that iconic old school appeal, but with a stance and dual-sport details that are much more ruggedly masculine than anything else on R.E.’s lineup. From making bikes that are tributes to the ‘50s and ‘60s, it looks like the 2016 Himalayan got some ‘70s enduro flair and some ‘80s to early ‘90s reminiscent tech. It’s still all about bare bone necessity and the purity of the piloting experience. 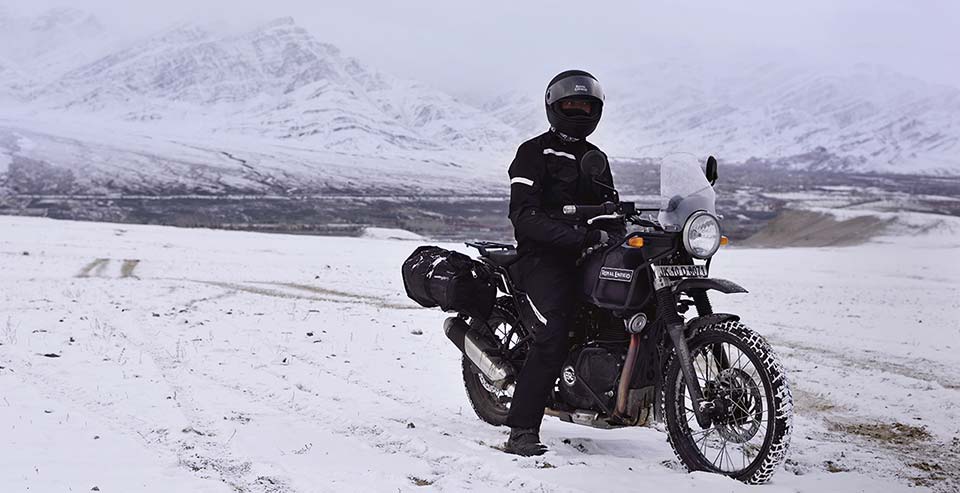 Not breaking away from thumper DNA, the 5-speed Himalayan is powered by a 411cc single-cylinder tuned for torque. It delivers a max of 24.5 PS at 6500 rpm and 32 Nm of torque at 4000-4500 rpm. The frame was designed by English company Harris Performance, the guys that were responsible for the frame on the Continental GT. There are apparent similarities with the Continental on the Himalayan’s half-duplex split cradle frame (steel semi-double cradle). 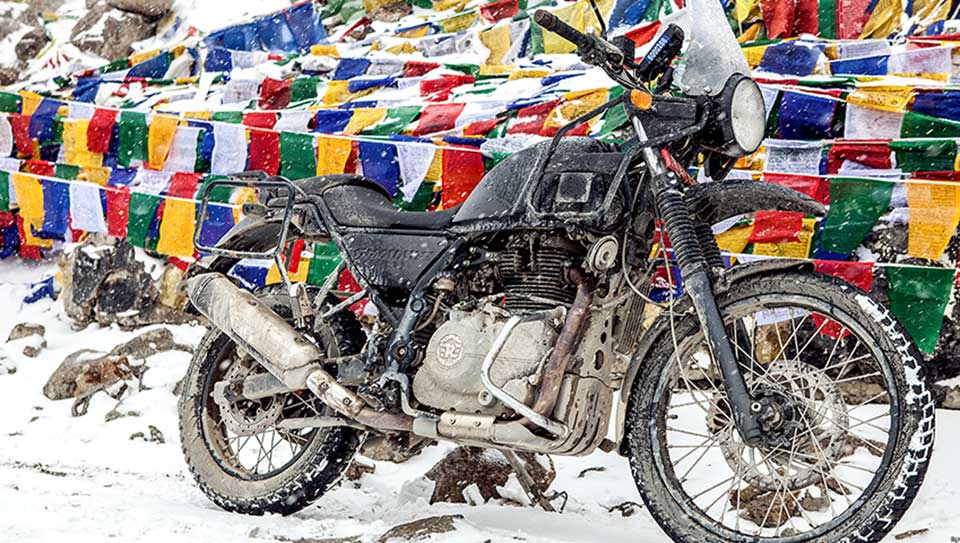 The bike isn’t that light with a wet weight of 182 kg, but distribution is key here. Besides, Royal Enfield has always favored bulletproof steel, lots of metal, and visceral connections over modernity. Fuel capacity is 15 L. Suspension and braking are respectively taken care of by 41mm conventional, telescopic forks and a 300mm disc with a dual piston floating caliper up front. Out back is Royal Enfield’s first-ever monoshock and a single 240mm disc with a single piston floating caliper. Suspension travel is nice and relatively long; the front forks travel 200 mm and the rear shock travels 180 mm.

There are lots of attachment points all around the Himalayan’s subframe and front bars for jerry cans, panniers, and bags. The latter extends from the headlight bracket back to protecting the fuel tank in a multipurpose fashion. Funnily enough aside from the front fender, there’s also an additional splatter guard under the headlight—along with a high mudguard in the rear. A fly screen provides additional protection from the elements or unlucky insects. You can count on Royal Enfield to provide additional accessories, add-ons, and apparel for owners of the Himalayan. 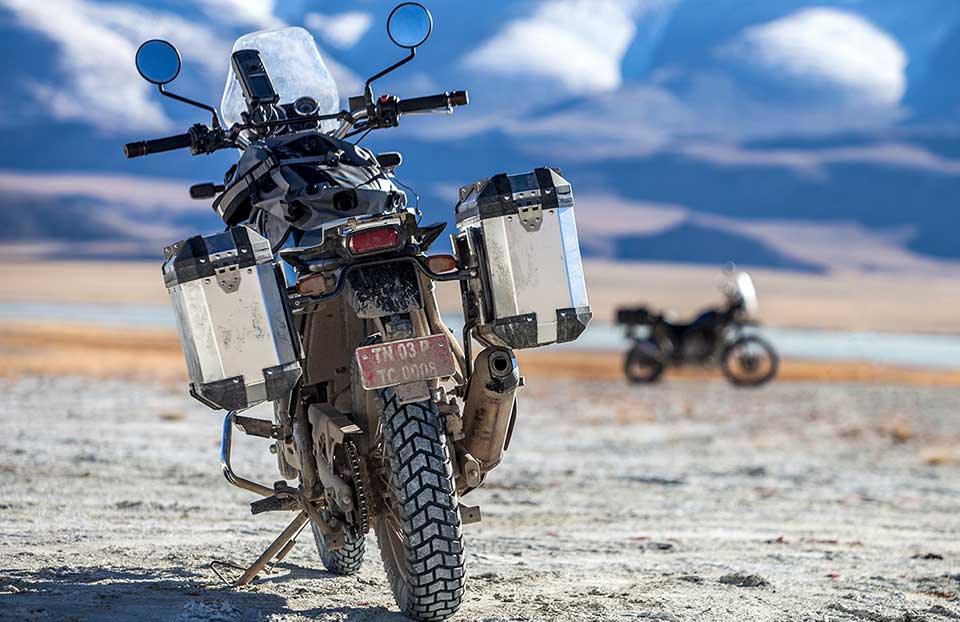 Early after its release, Royal Enfield suffered a bit of a public relations headache due to early reports of problems. It’s worth the disclaimer that some of the more serious incidents of damage reported were due to crashes, bad accidents, and very hard riding on extreme and unforgiving terrain. Otherwise, minor issues have been swiftly addressed by a previous recall. Royal Enfield puts customer satisfaction in high regard and is always happy to fix your gremlins—usually at no cost. All that stuff was just business-as-usual for brand new platforms.

All in all, the Royal Enfield Himalayan has a bright future. It’s a bike of good build quality, with a lot of happy buyers… And it looks really, really cool. Lady-built custom BMW R nineT project from the Real Deal will be revealed at this year's SEMA Show.