In a simple ceremony held at the Suzuki Moto Makati showroom, rising superbike star, Jacqueline “Jacq” Buncio, was formally presented to the press as the star representing the Suzuki-Wheeltek Racing Team in the 2018 Philippine Superbike Championships, continuing the legacy of her older brother and racing legend, the late Maico Buncio.

“There will never be another Maico” said Jacq with tears in her eyes. “I don’t want to replace my brother. I will never replace him. Nobody will. People will get his time, but they will never be Maico Buncio.”

Reaching the pinnacle of his professional career didn’t come easy, even for Maico, according to Jacq. “Going through BRC [Batangas Racing Circuit] na sobrang lubak na walang mga steering damper, super conventional na motor (with a very bumpy surface in conventional motorcycles without steering dampers), nobody will be him. Even I can’t be him.” Jacq stressed the skills needed at that time to tame a sportbike when minimal to no computer aids existed on race bikes.

“Then I promised simula nung nagmotor ako (since I started riding), I will be as good, I will be like him, but I will never be better than my brother. He is the epitome, for me ha, epitome of a perfect racer.”

It was hard for the family patriarch, Gregorio “Yoyong” Buncio, to let his youngest join the races, especially after that fateful day in Clark International Speedway. At first, he was hoping that the young Buncio (Jacq) would soon lose interest in racing and even enrolled her in ballet classes. Until one day, Jacq joined a Suzuki sponsored race in Megatent in Libis, Quezon City. Despite the not so favorable finishing position, the spark in Jacq’s eyes convinced Yoyong to finally let her join future races and even allot time and resources for the improvement of her skills. 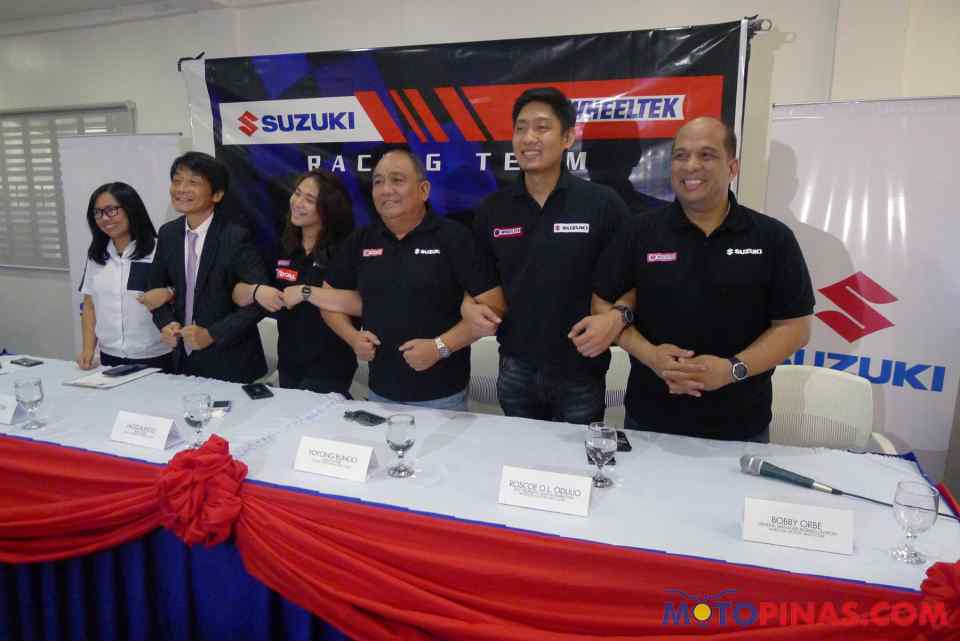 As for Wheeltek and Suzuki, this is a joint technical partnership where everybody has their role to share. For Roscoe Odulio, VP for Sales and Marketing of Wheeltek Motor Sales Corporation, it’s more of a ‘family thing’. The Odulios and the Buncios are family friends since the 70’s, during the height of Philippine Motocross and whenever there are motocross races in the Nueva Ecija area, Yoyong would always pay a visit to their home in Cabanatuan.

Jacq Buncio will be competing in the new GSX-R 1000R in the Heavyweight A class of the Pirelli Cup of the Philippine Superbike Championships. Suzuki Philippines president, Hiroshi Suzuki, will be eyeing her progress and is optimistic of her chances of competing abroad with the help of Suzuki Philippines.

Will Jacq Buncio be the first Filipino to compete in the prestigious MotoGP? We hope and pray so. The 2018 Inside Racing Bike Fest saw numerous launches, presentations, and announcements from Yamaha.