After breaching the one million unit mark last year, motorcycle sales continue to rise. By the end of the first half of 2017, the industry posted a 13 percent sales increase from last year. The Motorcycle Development Program Participants Association, Inc. (MDPPA) says they are on track to achieve its motorcycle sales forecast of 8 percent to 12 percent increase for this year. 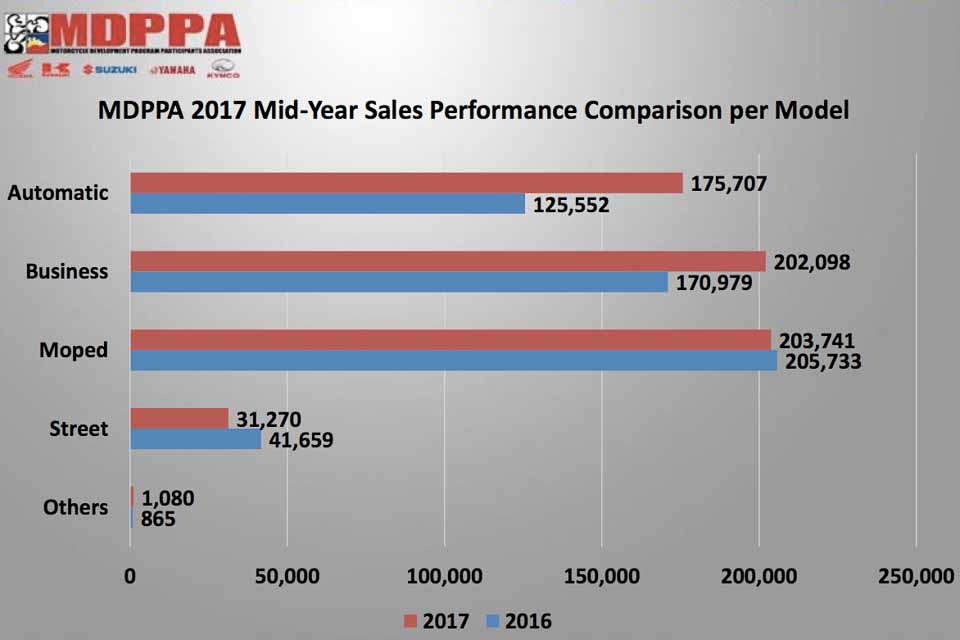 Honda, Kawasaki, Suzuki, Yamaha, and Kymco, capped the first half of the year with a total of 613,896 motorcycle units sold. Last year, 544,788 total units sold during the same period. It led to a total of 1,140,338 units for 2016. The moped or utility motorcycle type remains the top-selling category for the first half of this year with a total of 203,741 units sold. Business motorcycles were the second-highest performers with 202,098 units sold. Sales in this category climbed by 18 percent from the 170,979 sales volume achieved during the same period last year.

This year also saw a significant rise in automatic motorcycle sales. The segment posted a 40 percent increase over last year's figures with total sales reaching 175,707, a considerable jump from 125,552 automatic motorcycles sold during the first six months of last year. Other motorcycle types such as big bikes, three-wheelers and all-terrain vehicles (ATVs) recorded up to 25 percent sales growth with a total of 1,080 units. Meanwhile, sales of street motorcycles dipped by 25 percent from last year's figures. For the first half of 2017, street bike sales were at 31,270 units whereas 41,659 units were sold during the first half of 2016. 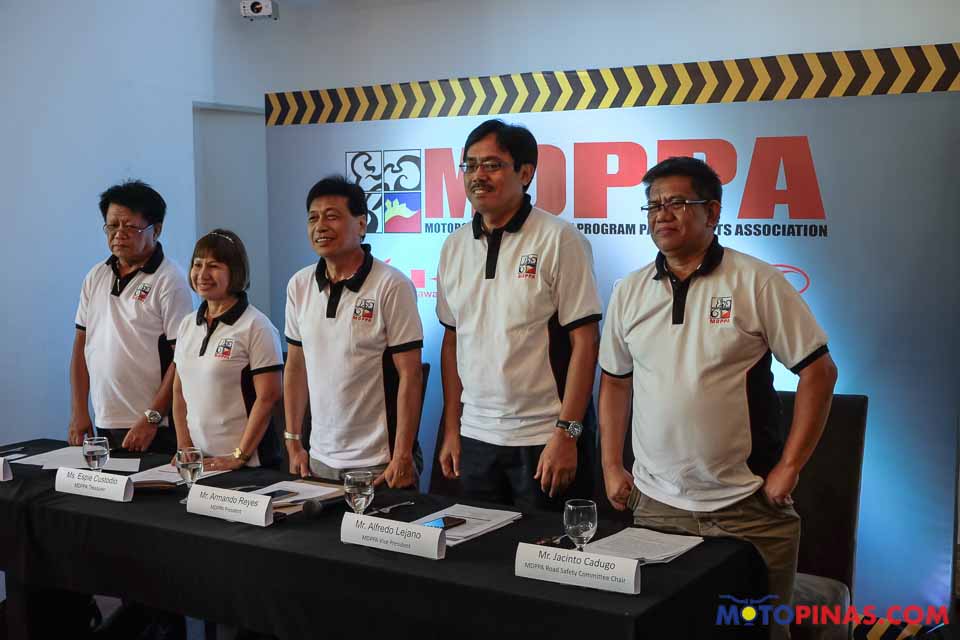 "Besides the good economy and more people having increased purchasing power, the strong market performance for the first six months of 2017 reflects the continued bullish demand for motorcycles. This is because motorcycles provide a practical and effective transportation alternative in the face of the worsening traffic conditions, particularly in Metro Manila. They are also very trendy and cost-efficient," said Armando B. Reyes, president of MDPPA.

With that, the Philippines achieved the biggest sales volume growth in the ASEAN region, posting a 13 percent year-on-year increase for H1 2017. Malaysia, Singapore and Thailand all had 7 percent increase in sales. Indonesia, still the leader in motorcycle sales in the ASEAN region, saw sales drop by ten percent.