It looks like Moto Guzzi is considering venturing into the adventure bike segment once more. Making its official debut at this year's Milan Motorcycle Show is the V85 concept which combines retro enduro style with adventure bike capability.

Beginning with the essentials, the V85 concept gets a steel frame, along with adjustable front forks from Ohlins. Meanwhile, the rear gets an aluminum swingarm that Moto Guzzi claims was designed to not only house a linear exhaust, but also deliver minimal lateral movement in the bike. 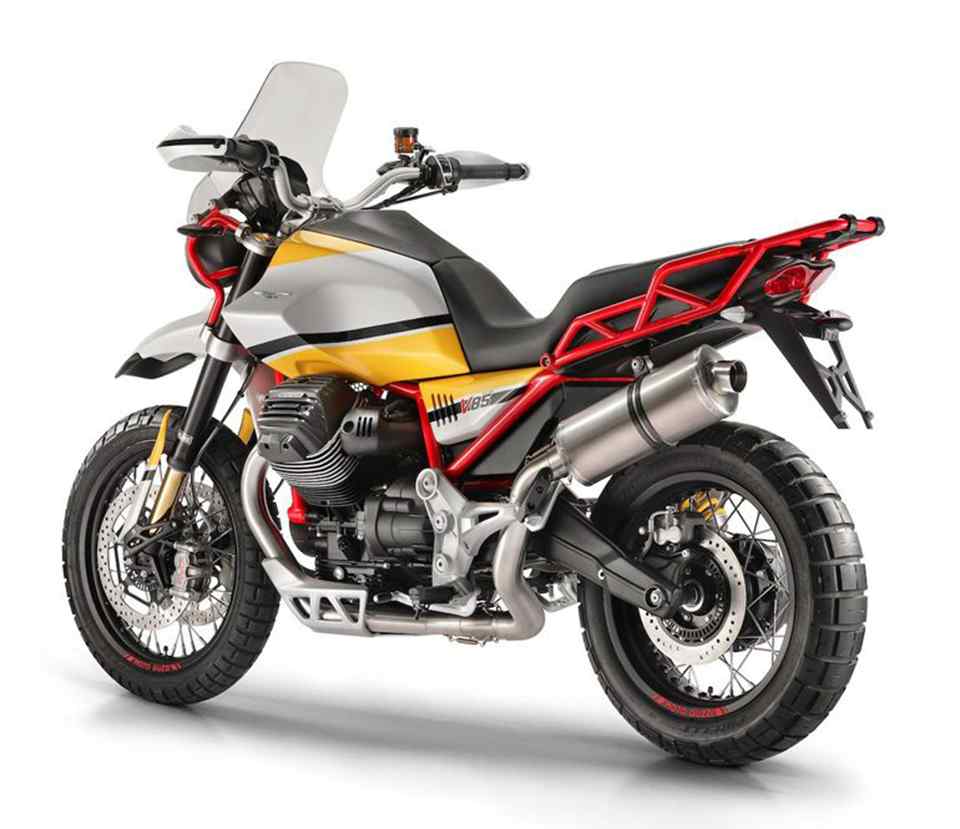 Both the front and rear tires get spoked wheels, thick tires and cross-drilled disc brakes. There's even an Ohlins monoshock damper at the rear and a new shaft drive transmission.

At the heart of the V85 concept is a longtitudinally-mounted 850cc air-cooled V-Twin derived from the V9. It produces a healthy 81 PS and is set to become a new series of engines that will power mid-range models. 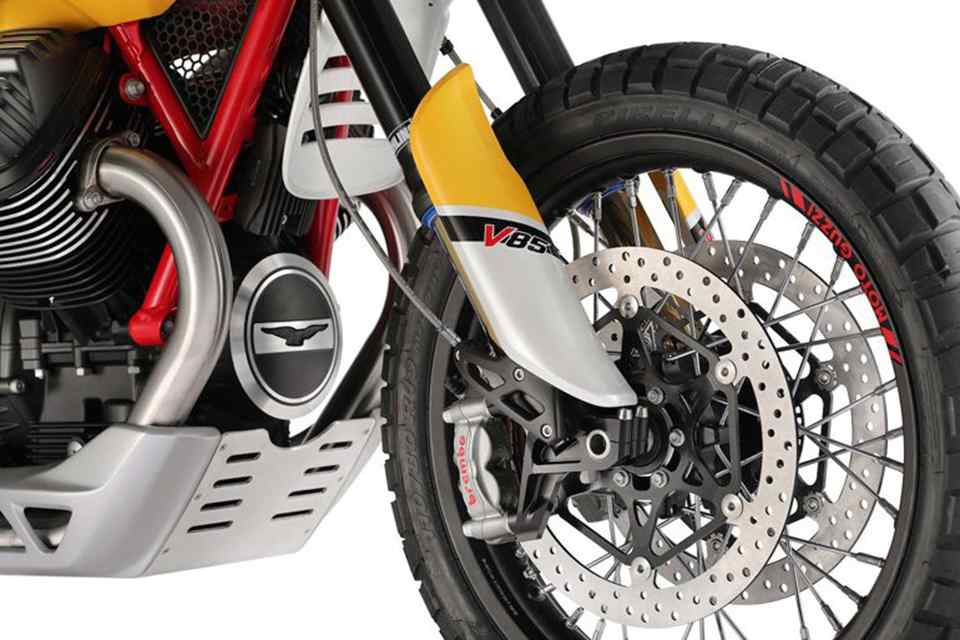 It also comes with a fairly large fuel tank that is reminescent of past Moto Guzzis that took part in African Rally Raids. Also curious to see on the V85 is a skid-plate that protects both the exhaust and engine from debris. 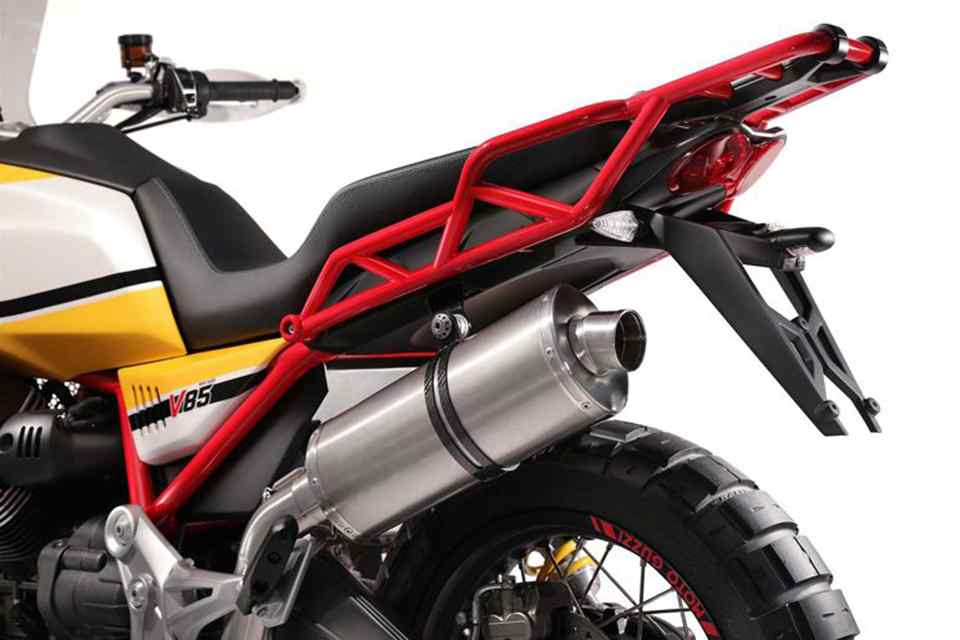 There is no clear indication if the V85 concept is the direct sucessor of the discontinued Stelvio 1200, or if the V85 will preview an all-new adventure/enduro style motorcycle from Moto Guzzi.