Three years ago at EICMA 2014, Husqvarna revealed the Vitpilen and Svartpilen street concepts built around engines off KTM’s Duke 690 and 390. They took the world by storm with angular, futuristic designs that turned the retro trend on its head in order to focus on the future. This year, Husqvarna finally announced that the production versions of the Vitpilen “kafé” racer will be released for the 2018 model year.

Husqvarna is typically known for their competitive off-road machines, but communicated a desire to expand into the street bike territory. The Vitpilen and Svartpilen were to be the Swedish brand’s gateways into the road-going global market. Now the retro-futuristic 2018 Vitpilen 701 middle-weight and compact 401 sporty nakeds are ready for rollout, and they’re looking just as forward-thinking as the years-old concepts — thanks to Husky’s design partner, KISKA. 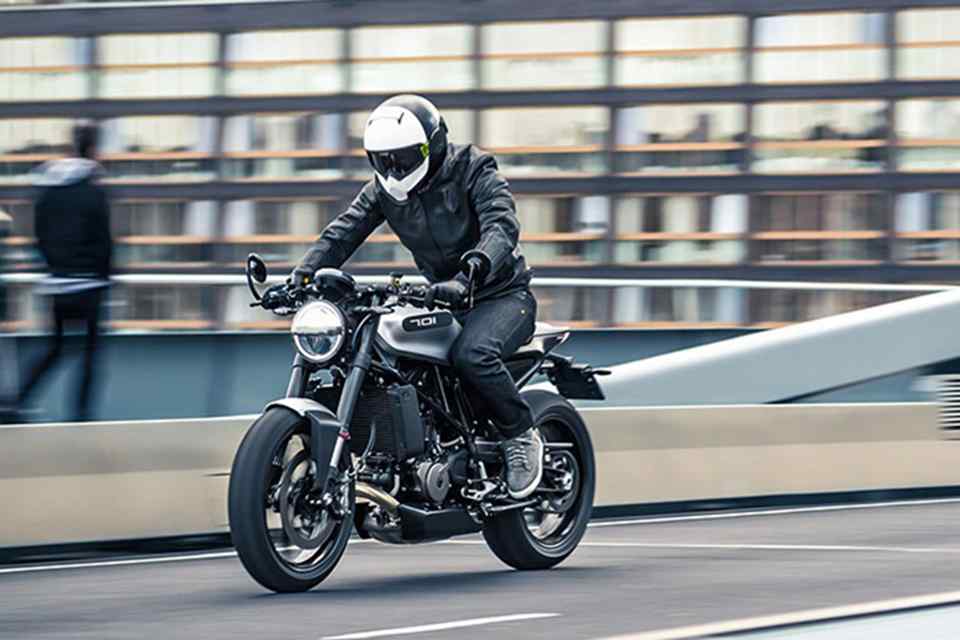 The 2018 Vitpilen 701 is powered by the liquid-cooled, four-stroke 692.7cc thumper from the KTM Duke 690. It’s mated to a 6-speed transmission and rated to make 75 PS with 72 Nm of torque. Fuel is delivered via ride-by-wire and the motorcycle’s powder coated trellis frame is made of chromium-molybdenum steel.

Suspension on the Vitpilen 701 is handled by 43 mm inverted front forks and a rear mono shock — both by WP. A 420 mm front brake disc and 240 mm rear unit with Brembo calipers slow the 17-inch cast alloy wheels. Husqvarna calls the bodywork’s main design feature, “the split" — referring to the diagonal line that runs from the tank, past the seat, through the subframe, and down to the exhaust hanger. Fuel capacity is measured at 12 L, with a seat height of 830 mm (32.7 in). 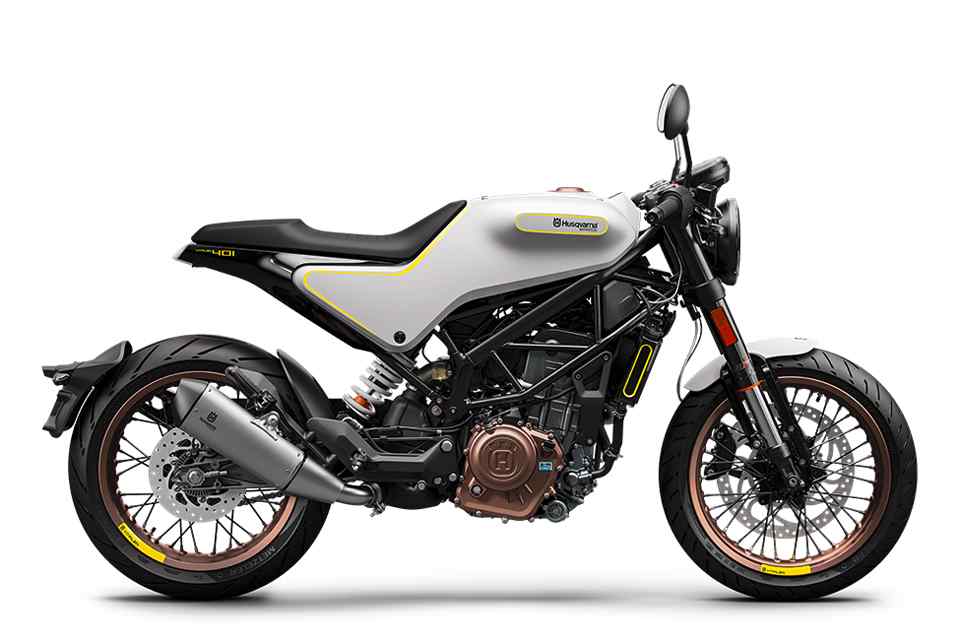 Meanwhile, the Vitpilen 401 gets the KTM Duke 390’s 373.2cc single-cylinder, which makes 43.5 PS. The 401 uses a steel trellis frame, as well as a similar WP suspension system and the same brake disc sizes — but with calipers from ByBre by Brembo. 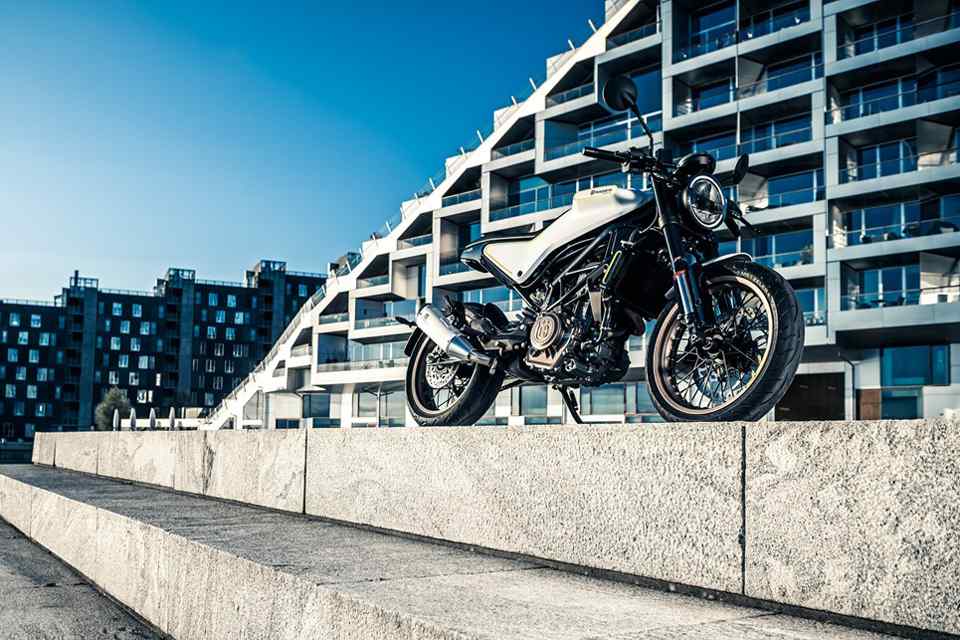 Production of the Vitpilen 701 and 401 has commenced in Mattighofen, Austria — but it's been reported that the smaller-displacement 401 will also be made by Bajaj’s plant in Chakan, India for its next phase. The news hints at the latter’s increased availability in the Asian sphere, via KTM dealers. Royal Enfield announced a return to middleweight parallel twins with these two new 650cc bikes for 2018.