Thanks to two extra cylinders, Ducati made an all-new frame called the 'Front Frame'. Lighter and more compact than a perimeter frame, it keeps the weight down while utilizing the engine as a chassis element for smaller packaging. In addition, Ducati claimed that the new frame has more torsional and lateral rigidity than its predecessor. 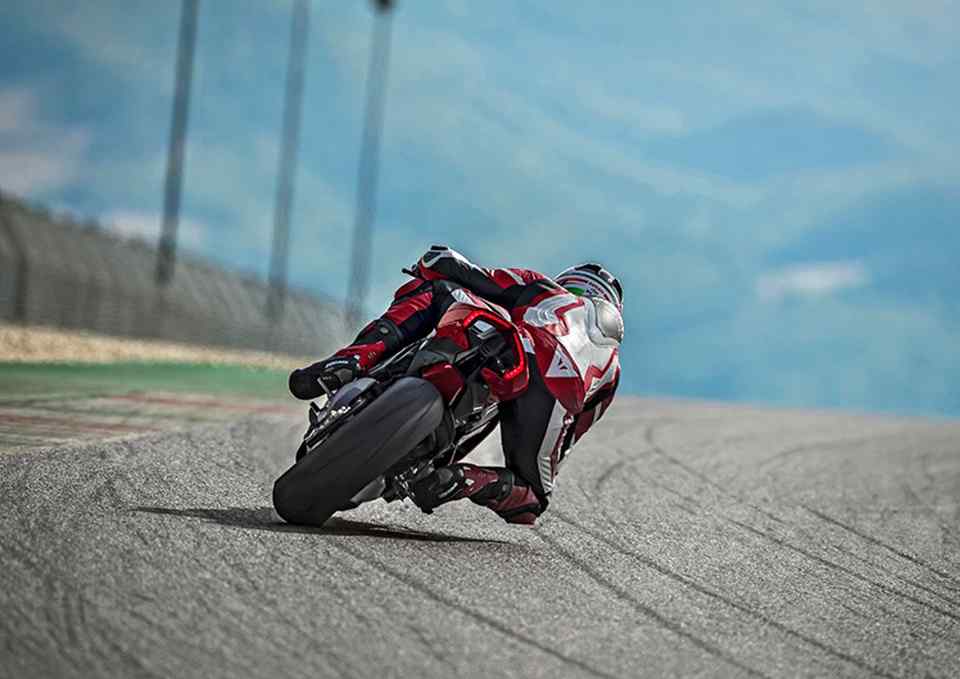 The engine itself is derived from the MotoGP Desmosedici V4 and features TwinPulse technology (which mimics a V-Twin's firing sequence), four throttle bodies and a longer stroke for better low-to-mid torque delivery. The engine can even be specified with an Akrapovic racing exhaust which ups the power to 223 PS. 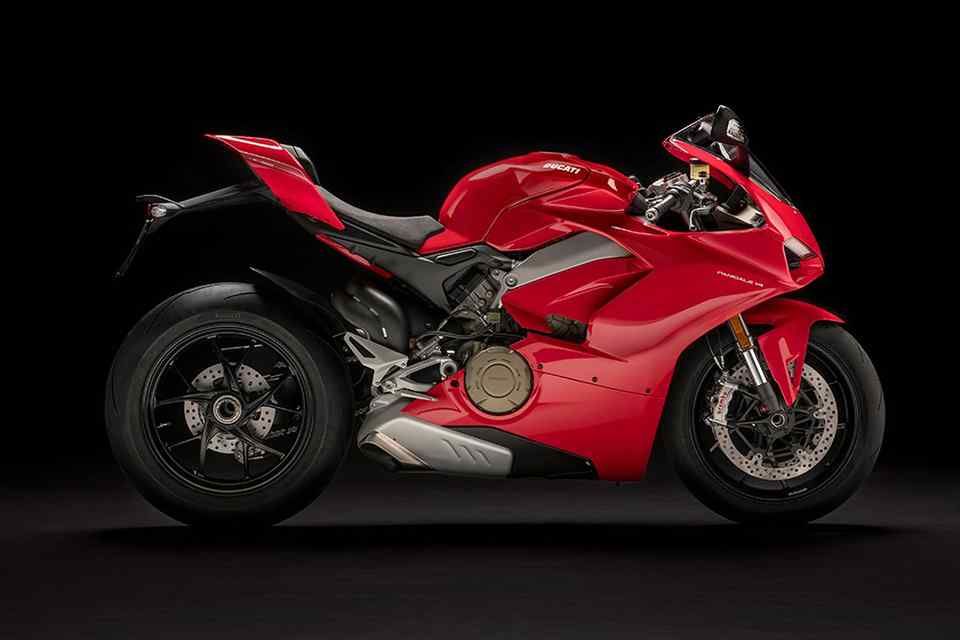 The suspension is comprised of Showa 43mm inverted forks and Sachs dampers. Both the forks and dampers are fully adjustable for preload, rebound and damping. Stopping power, on the other hand, comes courtesy of Brembo's new Stylema four-piston calipers. They are made from a single piece of alloy and bite onto 330mm discs. Grip is provided by Pirelli Diablo Supercorsa SP radials that measure 120/70/17 at the front and 200/60/17 at the back.

Aside from its advanced powertrain, the Panigale V4 also comes with a 5-inch TFT redesigned instrument display that comes with two modes: Track and Road. The former focuses more on lap times while the latter displays key information like the multimedia system, tachometer, speedometer, riding mode and gear position. 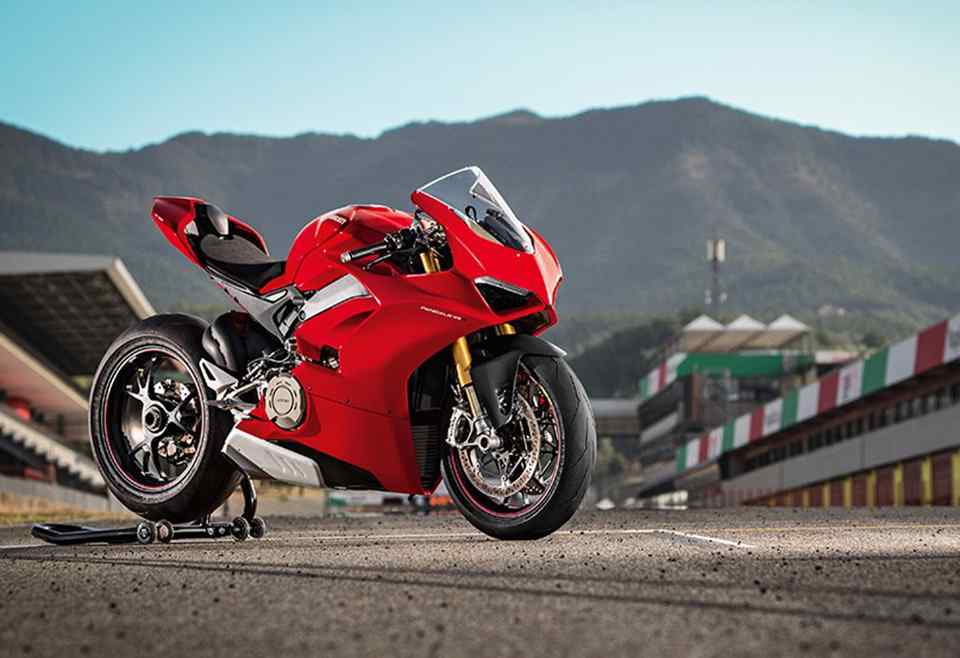 Ducati taps Monster V-Twin for Scrambler 1100, to be revealed in Milan