Most riders would usually associate the Interceptor name with Honda’s mighty, faired V-4 sport bike. For EICMA 2017, Honda puts the Interceptor name on a new liter bike concept rocking an inline-four. While the previous CB4 streetfighter idea from 2015 was based off the CB650, the new CB4 Interceptor makes use of the power plant off a CB1000R and a new sport endurance spirit. 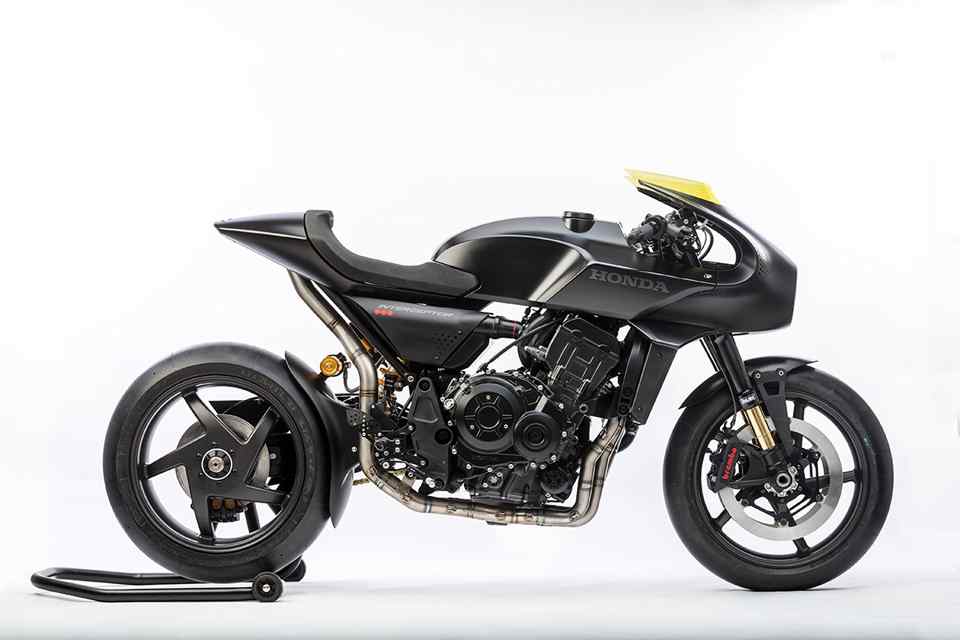 Today’s CB4 Interceptor is reminiscent to the VF750F and VF1000F of the ‘80s — two naked, sporty street bikes with half fairings. The new CB4 Interceptor takes the same concept sans the ‘80s bellypan, and takes it a step further with an increasingly aggressive stance, low handlebars, and modern performance features. 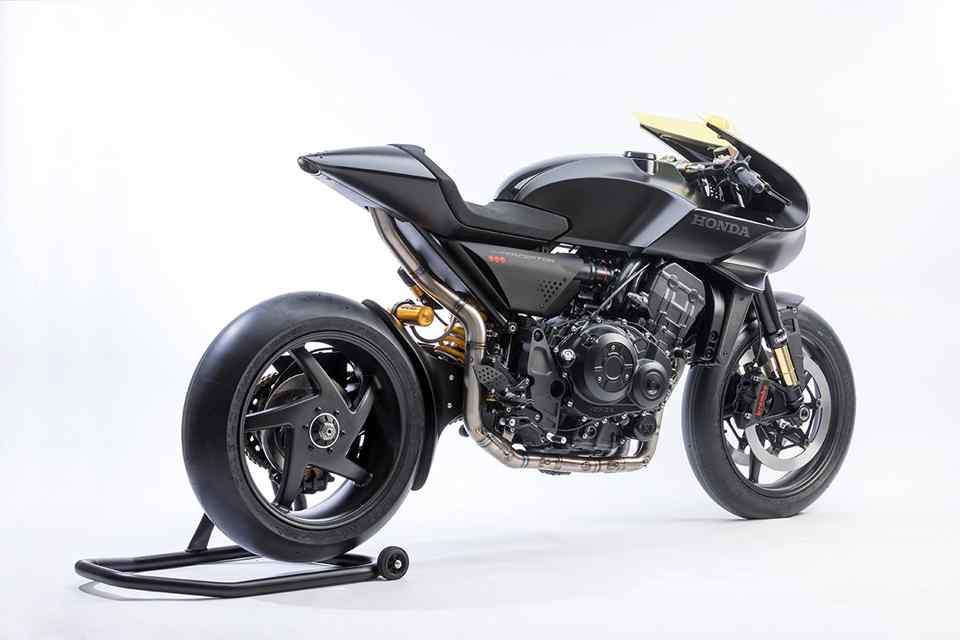 A sport endurance-style front fairing wraps around the headlamp with a tiny yellow windscreen and knee dents are pronounced with angular exaggeration, giving the bike a distinctly retro-futuristic appeal. The CB4 Interceptor’s exhaust rises in the rear to exit right out the tail, and the bike’s lighting is delightfully cyberpunk. 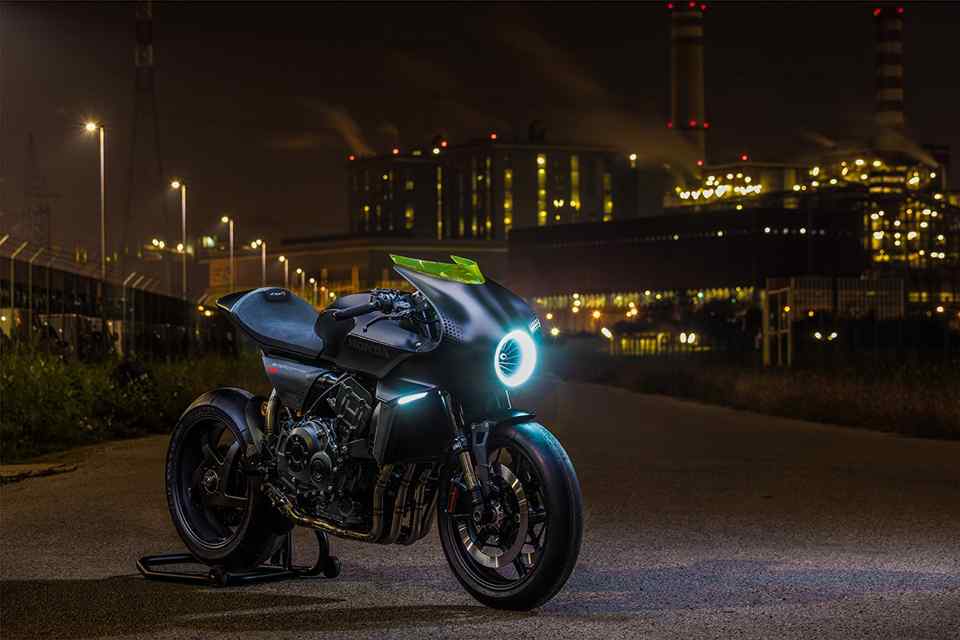 For additional technology innovation, the front of the motorcycle holds a fan that converts kinetic energy to power a touch-screen located on the tank. The display provides device connectivity, digital maps, and the ability to make emergency calls.

EICMA is being held at the exhibition center of Fiera Milano in Rho-Pero, Milan from November 7 to 12, 2017. Say hello to the successor of the Ducati 1299, the Panigale V4