The KTM Duke has been available in a wide array of engine sizes. From the humble 125 and 250cc motors, to the bigger 390, 690 and 1290cc powerplants, the Duke has plenty of engine choices to choose from. Now it appears KTM plans on further expanding the lineup after arriving at this year's Ezpozsione Mondiale del Motociclismo (EICMA) with the 790 Duke prototype.

Still relatively light but benefitting from a potent 790cc motor, KTM claimed that the 790 Duke prototype will deliver a 'new level of riding sensation'. The motorcycle features a hand-welded steel frame, along with suspension components from WP. It also has an aluminum subframe and a tail cowl. 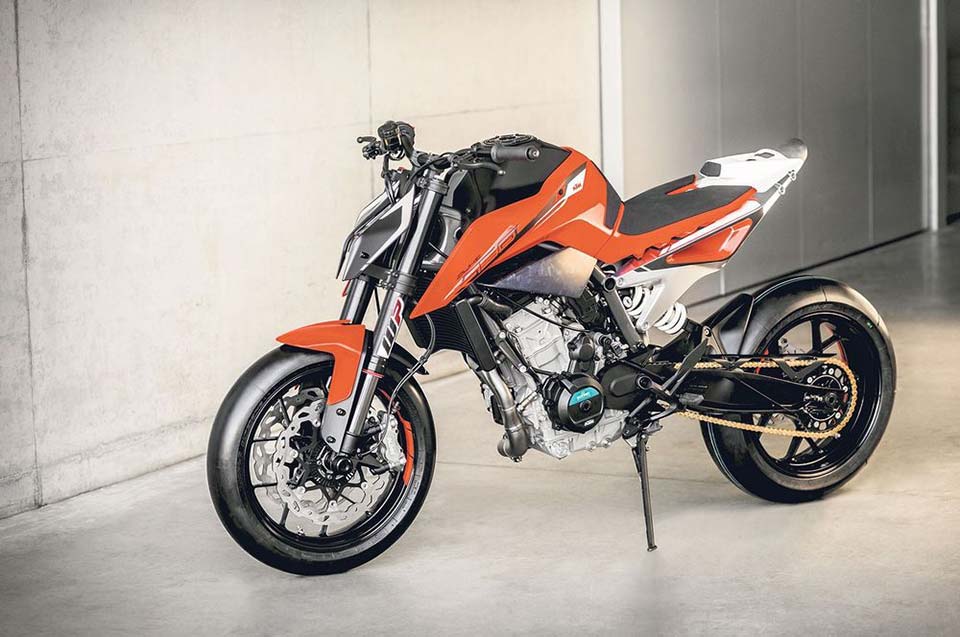 A next-gen ride-by-wire system, including new riding assistance systems and an array of sensors were also placed on the 790 Duke prototype. For other powertrain tech, it get a more aggressive quickshifter, personalized traction control and custom ride modes to boot. But perhaps the most surprising feature in the 790 Duke prototype are the 3D-printed exhaust system and triple clamp.

There is no word yet if KTM will make a production of the 790 Duke or will this be a precursor for an entirely different model.