EICMA news has been making the rounds with motorcycle enthusiasts around the world rejoicing at unveiled production models and concept bikes alike. A popular favorite has been the CB1100 TR Concept — a custom bike built around the DOHC 1140cc CB1100, by Honda’s R&D team in Rome. It’s big, it’s gorgeous, and it’s got a lot of retro racing panache.

The designers, speaking about their own creation, “imagined the CB1100 TR as the King of Urban Flat Track Circuits, as a counterpoint to the off-road oval circuit look of the traditional flat tracker. While it exudes a pure racing spirit, its design has more of the ‘street’ orientation favoured by European customers.”

While we see a lot of flat track influence in the CB1100 TR’s bodywork and understand that it panders to a growing tracker-obsessed culture, the street tracker has invoked a different memory in other motorsport fans. Flat trackers are meant to be off-road drifters with big torque, no front brakes, and narrow silhouettes. A beefy inline 4 doesn’t seem to coincide with professional flat tracker sensibilities with AMA’s premier class preferring middleweight twin cylinders. 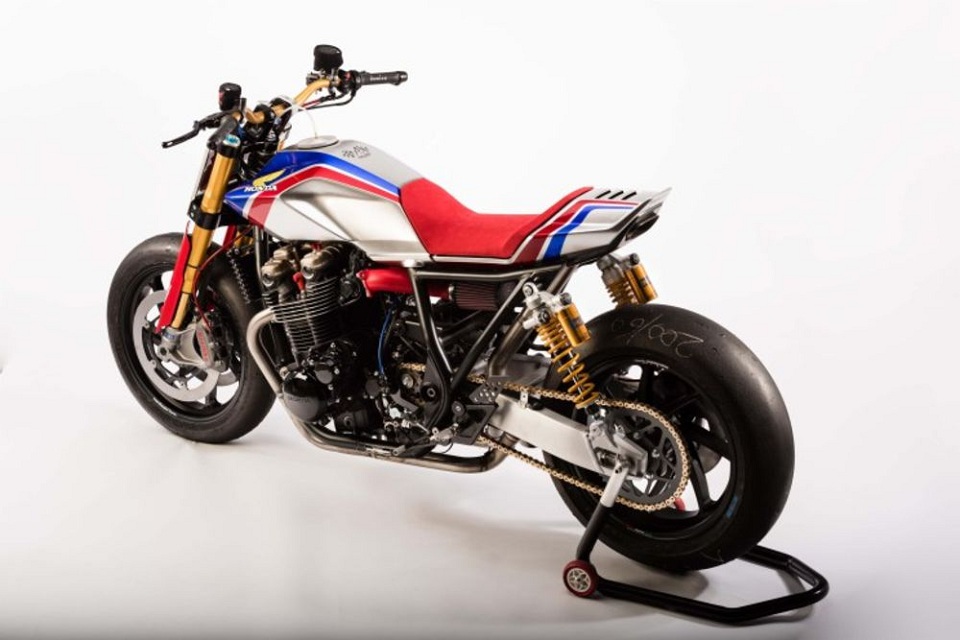 The CB1100 TR’s classic looks, modern technology, and ultra-slick rubber remind us of the super bikes of old — motorcycles piloted in the ‘70s and ‘80s by legendary names such as Kawasaki’s Eddie Lawson and Honda’s very own Freddie Spencer. Look back at their race bikes from early ‘80s AMA Championship and the mental associations start to make a little more sense… The twin shocks, big four bangers, racing slicks, and remarkably standard frames.

To us, the CB1100 TR is more of a nod to track-designated super bikes from the ‘70s and ‘80s — many of which were built for endurance, stretched top speeds, and saved weight much like Freddie Spencer’s CB900F-based racer. 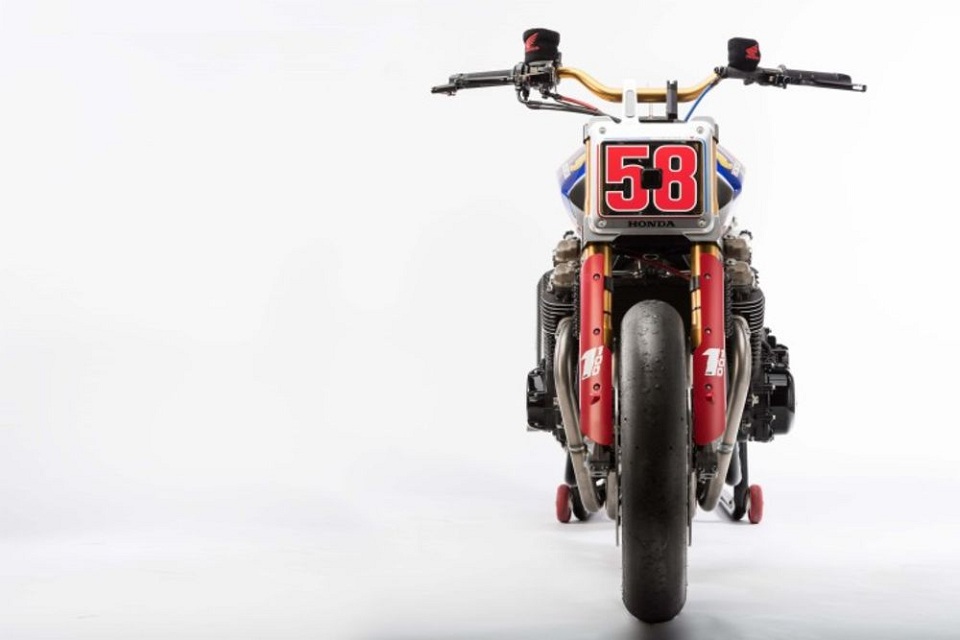 The CB1100 TR makes use of modern touches like shocks and inverted front forks from Öhlins. Termignoni exhausts would passionately scream, with one of them exiting through the bike’s tail. The numbers read 58 as a tribute to the late Honda MotoGP rider Marco Simoncelli who lost his life 5 years ago. Look closely at the front plate and you’ll find a small window for an action camera. The distinct HRC livery unifies the immediately identifiable red, blue, and gold scheme throughout the motorcycle.

The CB1100 TR is a concept built around a muscle bike that was meant to be a flat tracker, but became something crazier and even more special… This retro future machine is a nostalgic super bike like the modern classic racers we know and love. Perhaps one day someone will take it cornering, drifting, and stunting the way it looks like it’s begging to. Someone call Freddie Spencer!