First Ferrari World, now Ducati. The Bologna-based motorcycle manufacturer will soon have its own themed area in the famous Mirabilandia them park in Ravenna, Italy.

Ducati and Mirabilandia announced a partnership last year, to create the first themed area in an amusement park to be inspired by a motorcycle brand. The two companies laid the first stone of that collaboration inside the famous Italian amusement park located in the Emilia-Romagna region. Present at the event were the management of Mirabiliandia Ducati CEO, Claudio Domenicali, and MotoGP and SBK flag riders, Andrea Dovizioso and Marco Melandri. Ducati and Mirabilandia both call the region home. The two champions also both hail from the area.

"DucatiWorld" as it will be called, will occupy some 35,000 square meters inside Mirabilandia. Among the attractions is a racing-inspired interactive roller coaster, which simulates a ride on a Panigale V4. Passengers will experience the thrill of racing as the ride lets them control vehicle acceleration and braking, simulating a head-to-head race between bikes roaring along parallel rails.

The area will also host a facility entirely dedicated to the Ducati Experience, with latest-generation ride simulators, family attractions and a Ducati Shop offering apparel and accessories. There will also be three Ducati and Ducati Scrambler-themed refreshment areas. 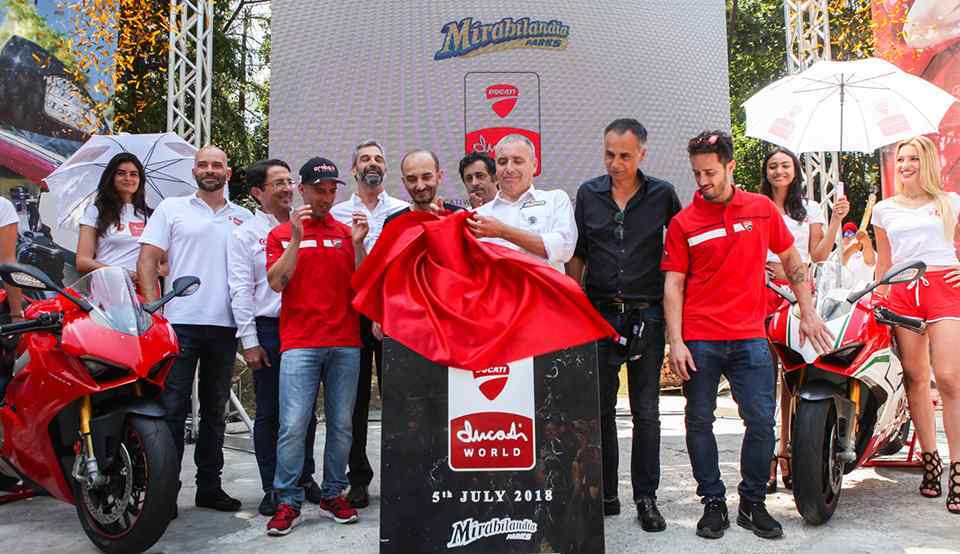 “Thanks to the partnership with Mirabilandia, Italy's biggest amusement park, Ducati World will be able to provide a truly thrilling experience, with interactive motorcycling-themed attractions for adults and children alike,” said Claudio Domenicali, CEO of Ducati.

"The decision to join forces with a brand as beloved as Ducati, as renowned worldwide as it is locally, will, we believe, attract more foreigners to Mirabilandia and appeal to motorcycle and motor racing fans,” said Riccardo Marcante, General Manager of Mirabilandia.

The Ducati-themed area is set to open some time in 2019.

Hybrid power is coming to motorcycles. The Honda PCX Hybrid will be the world's first mass-produced hybrid scooter. Fans of BMW bikes in Davao will soon get a standalone Motorrad showroom and service center.