For the 2018 Bangkok International Motor Show, Honda chose to unveil this year’s CBR1000RR SP for the Thai market. The CBR1000RR Fireblade is Honda’s flagship superbike, while the SP is a variant upgraded for improving lap times at the track.

After the Fireblade went through such a major redesign for the 2017 model year, 2018 sees nothing significantly new in the line. The changes are mostly aesthetic — and even then, they are subtle. 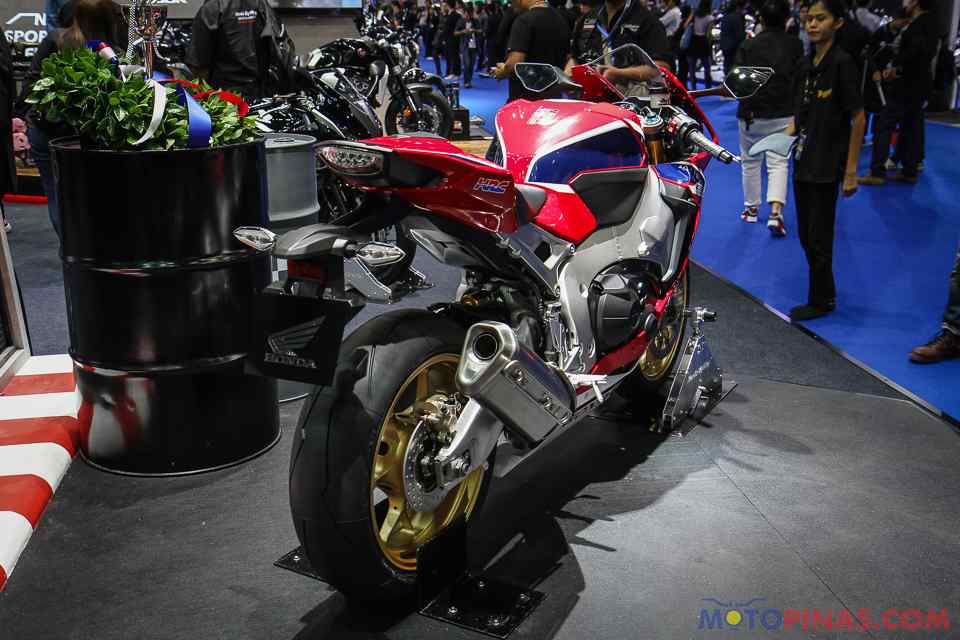 All CBR1000RR models this year share the same engine, chassis, and aerodynamic bodywork while packing technology derived from the RC213V-S MotoGP bike. The new Fireblade is powered by a liquid-cooled, 16-valve, 999 cc DOHC inline four-cylinder mated to a close-ratio six-speed transmission with a Quickshifter and light Assist Slipper Clutch.

The SP is designated specifically for the track, with lightweight features including a lithium-ion battery and titanium components. It gets semi-active, fully adjustable Öhlins Smart Electronic Control (Smart-EC) suspension with three pre-set and two user-programmable modes. The system uses 43mm NIX30 front forks with 120 mm of travel, and a TTX36 rear damper with 60 mm of travel. 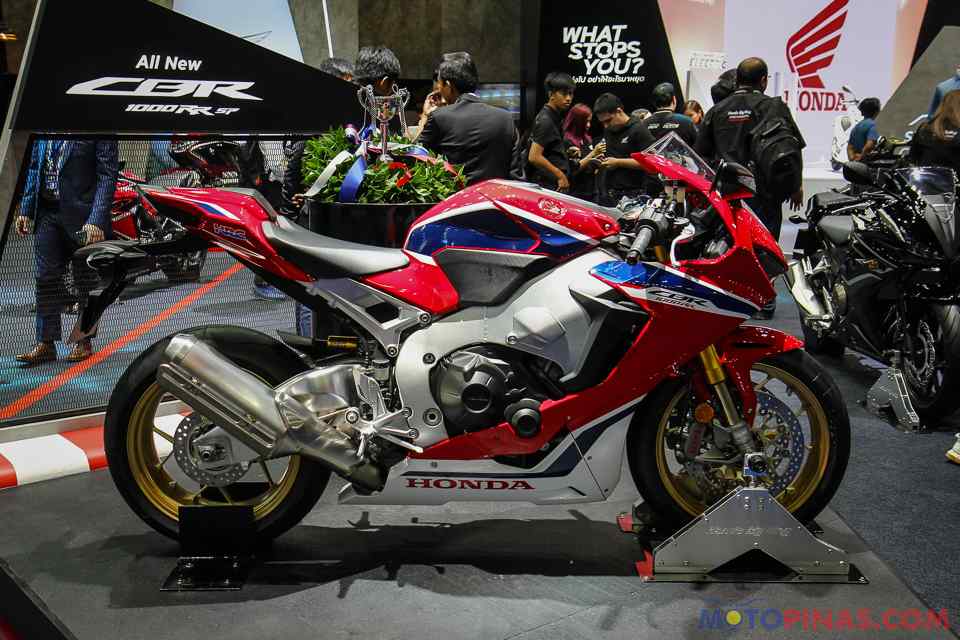 The 39th Bangkok International Motor Show is ongoing from March 27 to April 8, 2018 at the IMPACT Challenger Halls 1-3 at Muang Thong Thani in Bangkok, Thailand. Honda brings over some European flair in the form of the Forza 300cc mid-size scooter.