A.P. Honda Co., Ltd. distributor of Honda motorcycles in Thailand, is taking the fight to the commuter scooter segment with a large portion of its display area dedicated to its offerings in the segment.

Leading the charge in its lineup is the new Forza Scooter — a 300cc mid-sized scooter. First unveiled in Europe in 2000 as a 125cc, the Forza has finally arrived in Asia and will be positioned above the PCX 150. 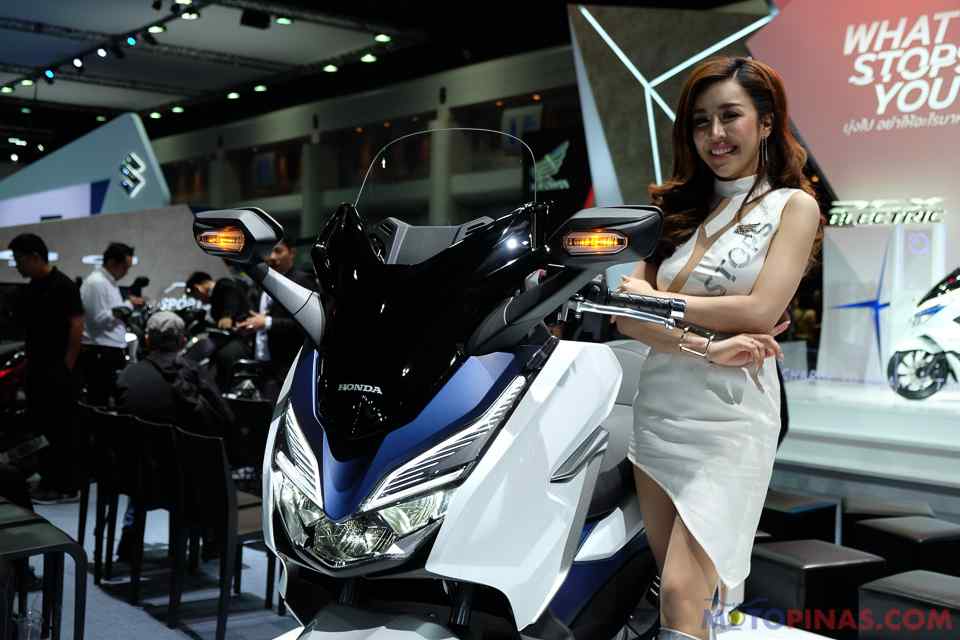 The Forza sports modern lines to evoke a sharp and dynamic look. It features foldable, body-mounted mirrors with turn signals. In between is a windshield that can be electrically adjusted up to 110mm. Lower on the front facade are full LED headlights and taillights. 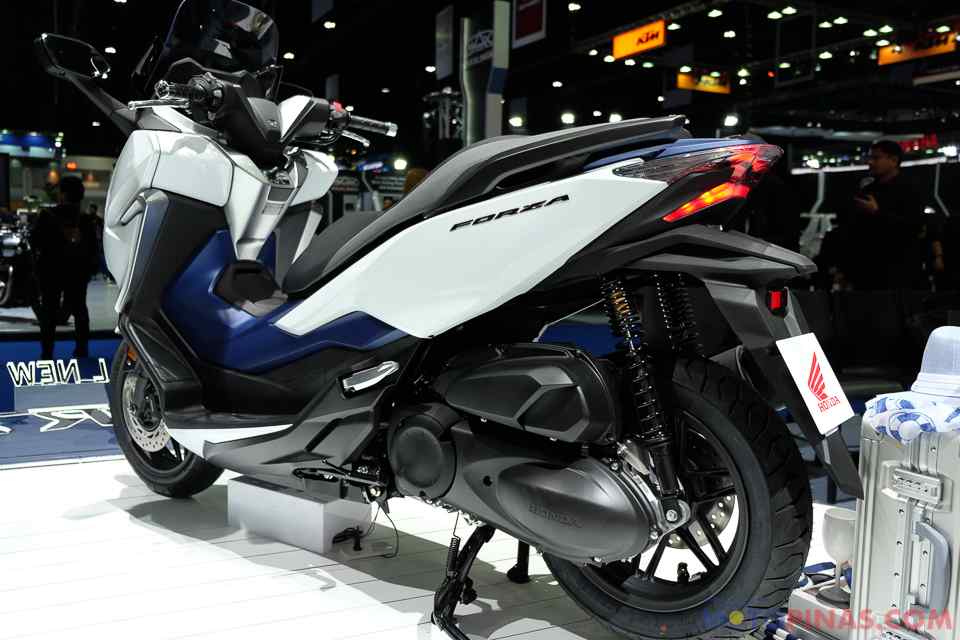 The Forza can comfortably seat two passengers, and store two full-face helmets under the seat. That space can also be configured to fit a helmet and/or rain gear and small bags. The front left inner fairing pocket is lockable, and its internal space can be organized to hold a phone and water bottle. It also houses a 12V charging socket. Finally, the Forza also comes with a Smart Key to control the main ignition switch knob and compartment locking.

Powering it is a 279cc liquid-cooled, fuel injected, SOHC four valve engine paired to a V-matic transmission, which boasts of quick reaction at low speeds and a final drive for a higher top speed.

It is also fitted with Honda Selectable Torque Control (HSTC) – a traction control system that detects any difference between the front and rear wheel speeds, calculates the slip ratio and then controls engine torque via the fuel injection to regain rear wheel traction.

Keeping it aloft are 33mm telescopic forks and twin rear shock absorbers – adjustable through 7-stage spring preload – working through a 1-piece aluminum swingarm. It rides on 14 inch wheels on 120 and 140mm tires in the front and rear respectively. Bringing it to a stop are discs in front and at the back, governed by ABS. 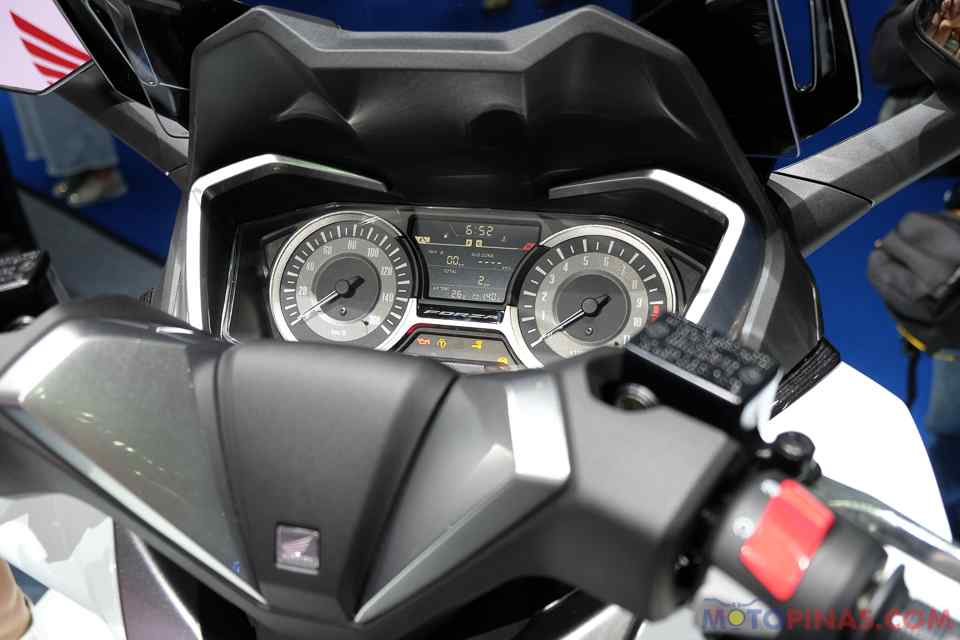 All of the relevant date is gleamed from the analog speedometer and rev-counter dials flanking a digital display that can switch display odometer, range remaining and current mpg; trip meter, average mpg and timer; or ambient temperature thermometer and battery sensor.

The Honda Forza is offered in Thailand in four colors and competes directly with the Yamaha Xmax and Kymco Xtown.