The preliminary injunction prevents the Department of Transportation and the Land Transportation Franchising and Regulatory Board (LTFRB) - which oversees transport network vehicle services (TNVS) - "from apprehending Angkas bikers who are in lawful pursuit of their trade or occupation based on petitioner's Angkas mobile application; and from performing any act or acts that will impede, obstruct, frustrate, or defeat [the] petitioner's pursuit of its lawful business or trade as owner and operator of the Angkas mobile application." 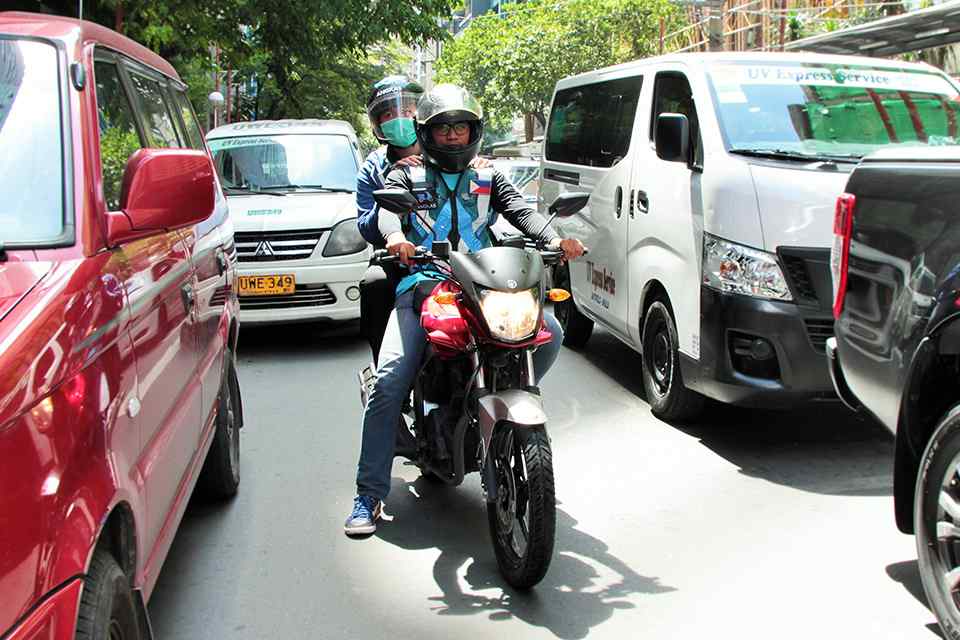 In a statement issued just a few minutes ago, Ankas said:

With Angkas back on the road, our riding public will be able to experience once again our swift, safe, and affordable rides to and from their destinations. This also means we are restoring lost livelihood opportunities to some 17,000 of our Angkas driver partners... This is a victory for the commuting public and for our driver partners...

We will give out free training seminars and safety workshops as part of our firm commitment to professionalize motorcycle taxis and develop the highest safety standards for drivers in the country.

The Land Transportation Franchising and Regulatory Board (LTFRB) has also issued a statement regarding the matter, saying they...

"...are saddened by the decision of the Mandaluyong City Regional Trial Court to grant a preliminary injunction to the ride-hailing service, Angkas. The decision keeps the government from interfering, whether directly or indirectly, with the operations of Angkas.

Our position is that motorcycles registered in the service are not authorized to conduct business and offer public transport under Republic Act 4136. For them to be allowed, the law has to be amended by Congress.

Apart from engaging in unfair business practice, the safety of patrons and commuters are also put at risk, as motorcycles are not considered as a safe mode of public transport.

If Angkas is to continue accrediting motorcycles registered as private vehicles to book rides and accept passengers for a fee, it is considered as without authority from the government regulators, and, therefore, are considered colorum vehicles.

The DOTr-LTFRB will exhaust all legal remedies to ensure that our roads are cleared of colorum vehicles, such as Angkas motorcycles.

In November last year, Angkas had voluntarily suspended passenger operations as an expression of good faith and to seek dialogue with the LTFRB and other transport authorities.

It has continued to operate only as a package delivery service.

Angkas and its many supporters have since lobbied for its regulation and operation as a solution to the growing traffic problem. Angkas distinguishes itself from other motorcycle ride-hailing apps with its stringent training and selection of its its riders, and insurance for its passengers. Passengers are also provided with helmets.

Suzuki just released a teaser video ahead of Intermot 2018, alluding to a Katana revival.