The Honda Rebel 250 has been a ubiquitous machine for novices since its inception in the mid-eighties. The CMX 450 Rebel was available in 1986 and 1987 while the 250 has been a beginner go-to from 1985 onwards. For 2017, Honda re-envisioned this runabout mini-cruiser — overhauling the old, classic design to pave way for an all-new, modern bobber look for the millennial market. The old Rebel 250’s 234cc has also been put aside in favor of the two new models: the Rebel 300 and Rebel 500.

The Rebel 300 and 500 share the same chassis and are identical motorcycles save for the engines. They’re built around a new tubular steel frame and a die-cast aluminum steel subframe, with solid mounts for an optional passenger seat. The rider’s saddle itself rests at an all-time low height of just 691mm — perfect for short riders or beginners for whom the ability to plant feet firmly on the ground is key to confidence. 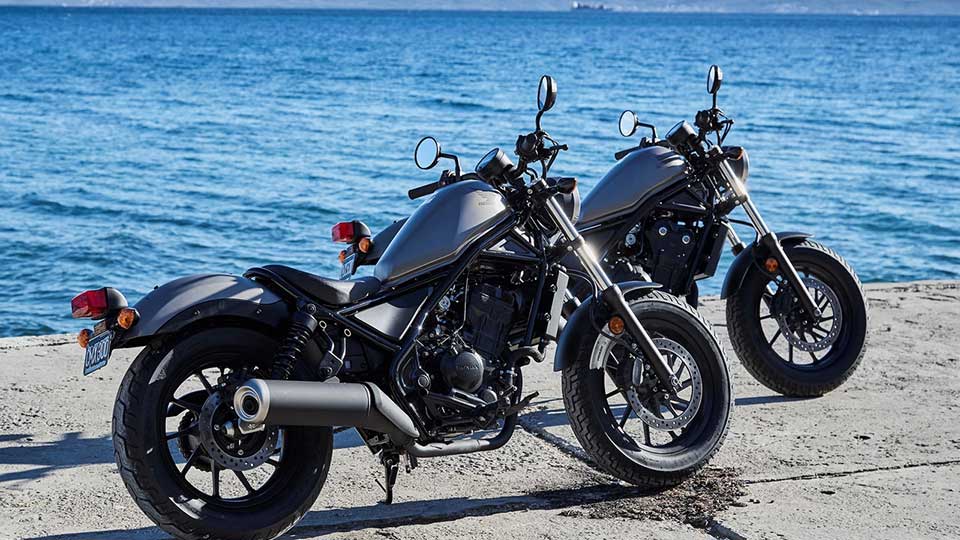 An 11-liter peanut-style fuel tank sits high and narrow before the bike’s easy-to-reach low handlebars. Foot pegs are mid-mounted. The ‘rider’s triangle’ as determined by all contact points (seat, bars, and pegs) are ergonomically and naturally relaxed on the Rebel. 41mm forks at a 28-degree rake take care of suspension up front with dual shocks in the rear. Hydraulic discs provide stopping power and ABS is optional. 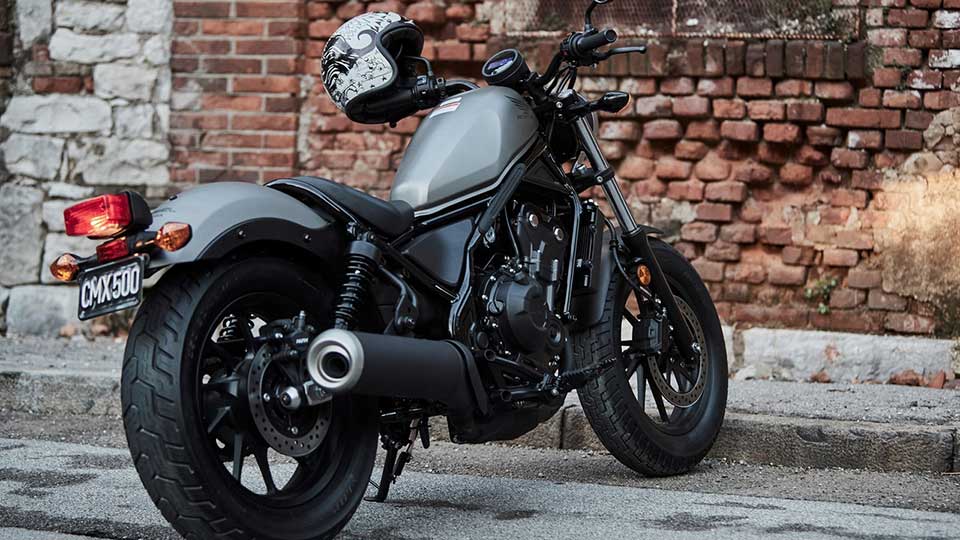 The Rebel 300 uses Honda’s existing 286cc single cylinder engine, while the Rebel 500 uses Honda’s 471cc parallel twin. Both are six-speed, DOHC, and liquid-cooled power plants that have been tuned for the Rebel platform to deliver more power in the lower end. From sport bikes to crossovers, Honda’s platform-sharing strategy has been further consummated in the Rebel’s legacy as an entry-level cruiser. 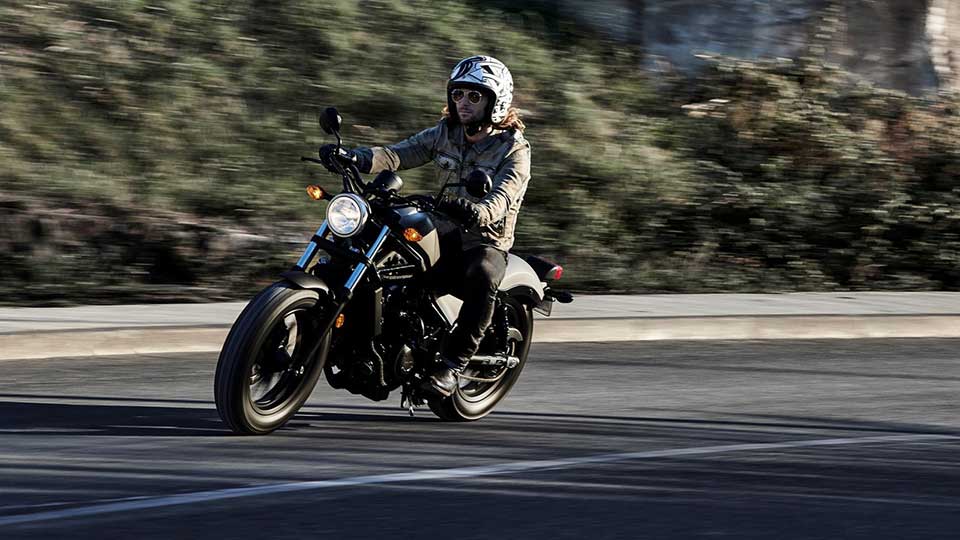 With a handsome blacked out aesthetic and attractively functional fat tires, the Rebel promises customizability for the young and hip who aspire towards self-expressed individuality. These bikes will be light, agile, easy, and fun motorcycles. Global markets can expect the modestly-priced Rebel 300 and 500 to hit dealerships in the first half of 2017.