Motorcycle riders, clubs and organizations, united by their desire for fair treatment and equality, rode together in unity rides held simultaneously in major cities in Luzon, Visayas, and Mindanao. The Unity Ride for Equality was held in protest of legislation and local ordinances that riders say have been discriminatory and put their health and safety at risk. 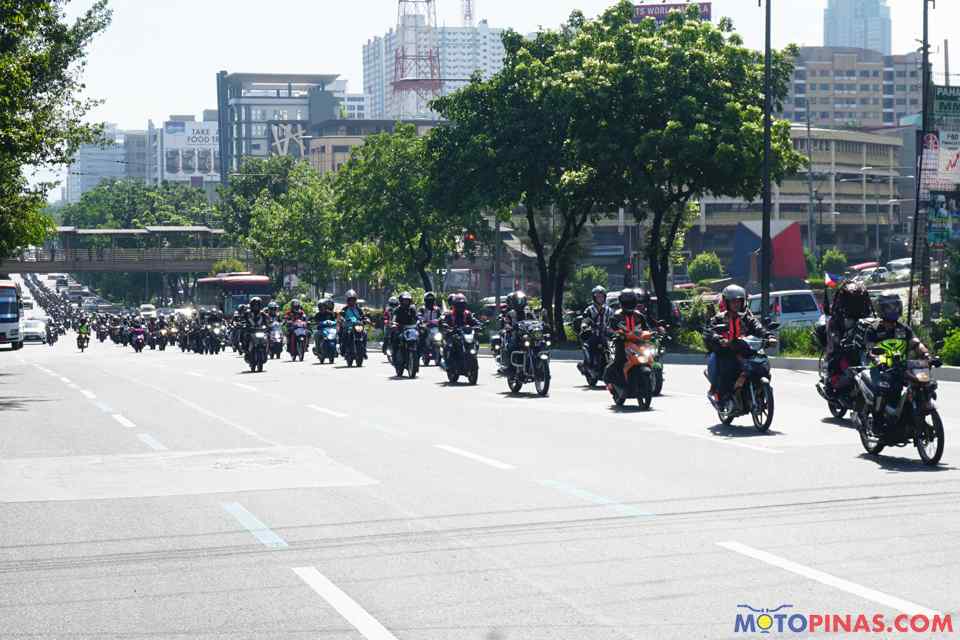 The largest gathering was in Metro Manila where riders gathered at the People Power Monument on Whiteplains Ave. corner EDSA at 6:00 a.m. on May 27. There, the group rode in formation, in two lines, occupying a single lane as part of their organized protest. Riders of the Philippines (ROTP), the main organizer of the unity ride, with the help of Arangkada Riders Alliance, estimates the number of riders gathered to be at 10,000 participants. The unity ride secured a permit for its motorcade and was coordinated with the local governments, the MMDA and I-ACT in order to avoid major disruption of regular traffic. 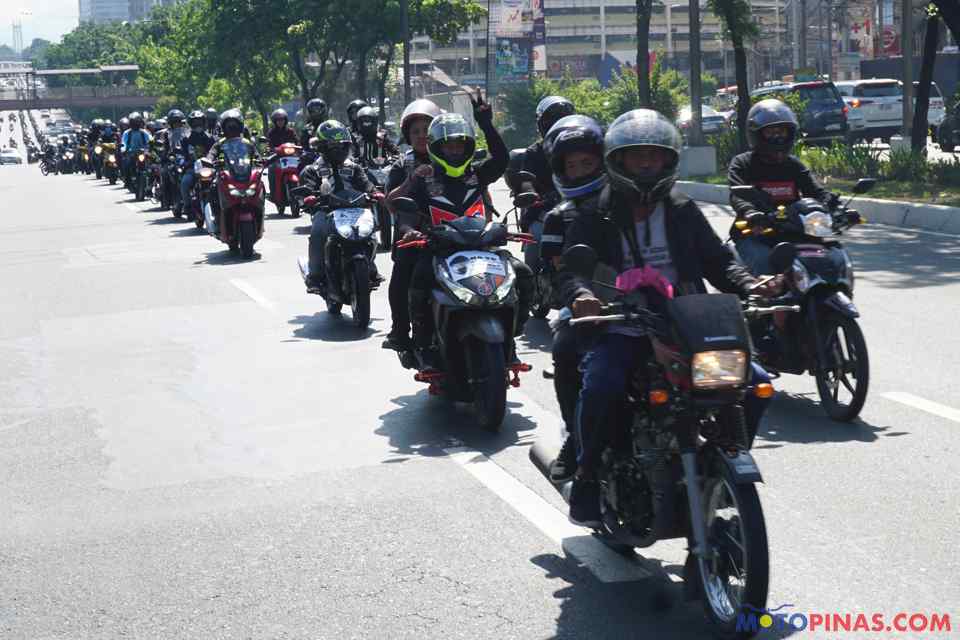 From the People Power Monument, the group rode northbound on EDSA, westbound on Quezon Ave. and España, through Nicanor Reyes St. and concluded their ride on Mendiola. At Mendiola, the organizers submitted their position paper to Malacañan to propose a unified motorcycle law. 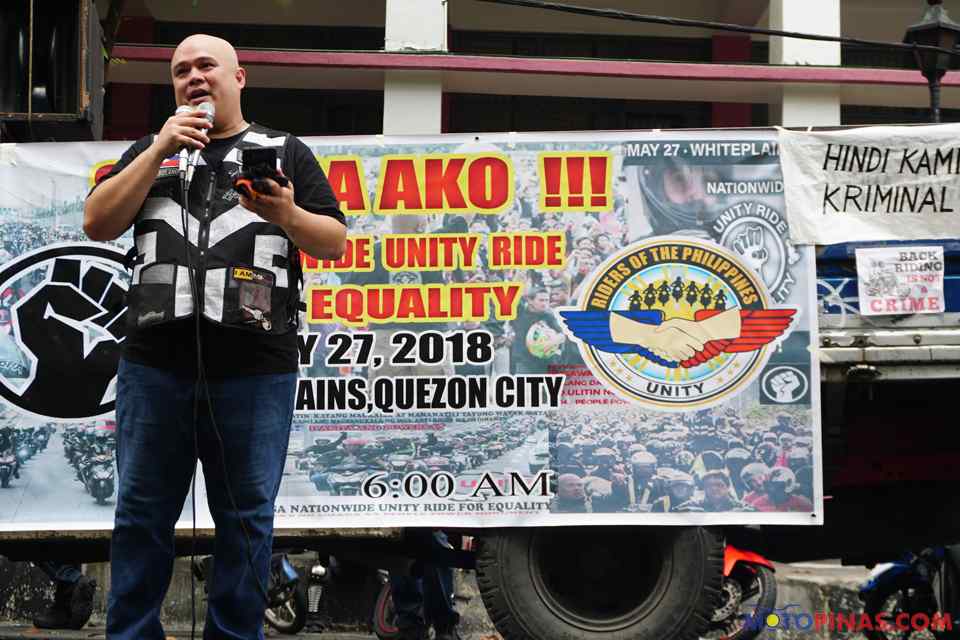 Their proposed Unified Motorcycle Law hopes to resolve any conflicts between national and local laws as well as take riders’ concerns and rights into consideration. It hopes to establish harmony with laws like the National Helmet Act and ordinances in some municipalities that prohibit the use of helmets to aid law enforcement. With this in mind, ordinances like the ban on pillion riders in some cities may be reconsidered if not applied more fairly and uniformly throughout the country. It also hopes to encourage dialogue between policy makers and riders before any new rules, bans, oplans, and regulations are hastily imposed. 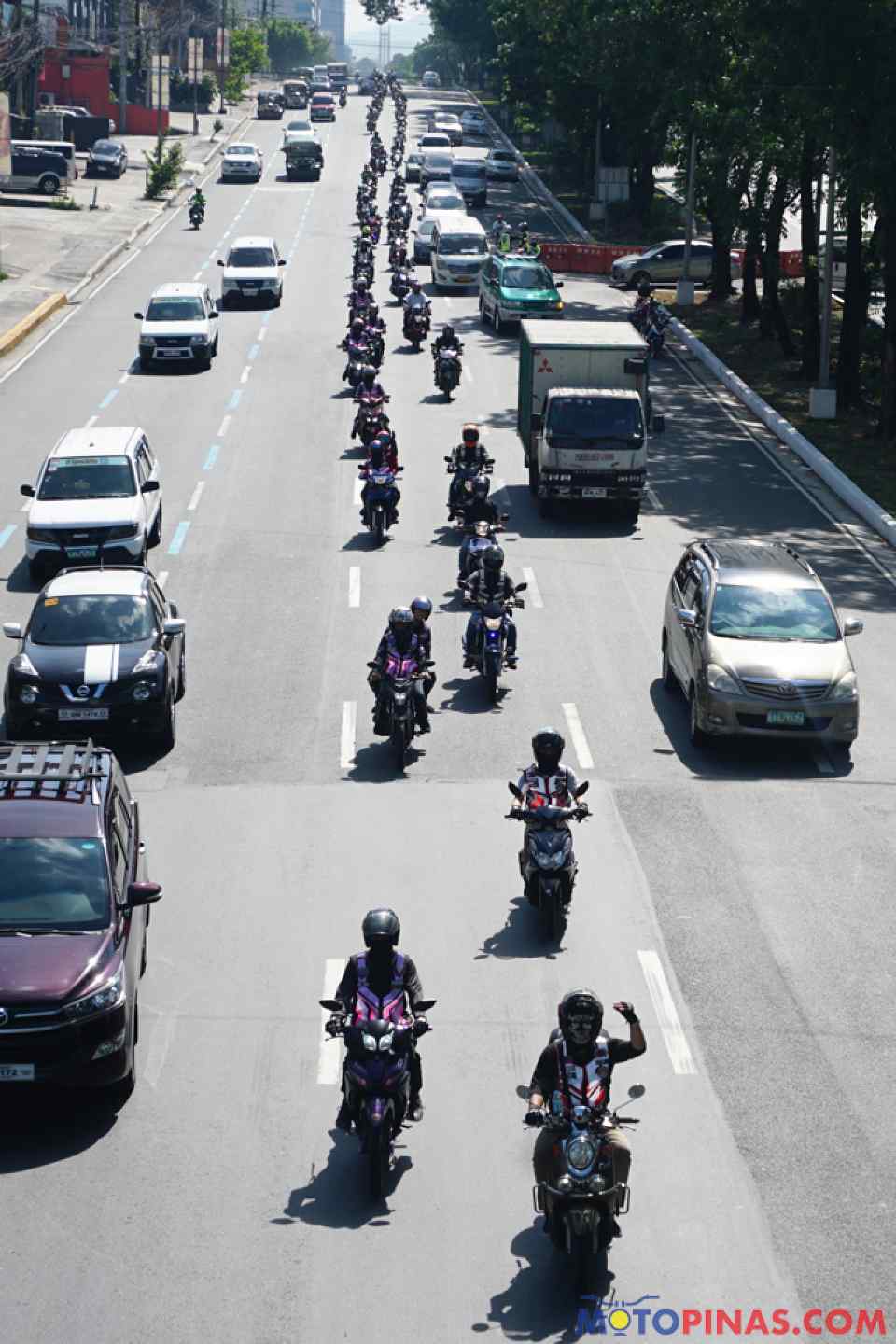 The riding community asserts that local ordinances like banning backriding or pillion riding in some cities, the proposed bill requiring open face helmets for riders of small displacement motorcycles, proposed mandatory helmet registration, motorcycle checkpoints, and the confiscation of fitted accessories has been “subjective and discriminatory” and “criminalizes” all riders. The group claims that with these ordinances, checkpoints, and proposed bills, “the burden of criminality is being passed on to the innocent riders,” unfairly painting them all as potential criminals. 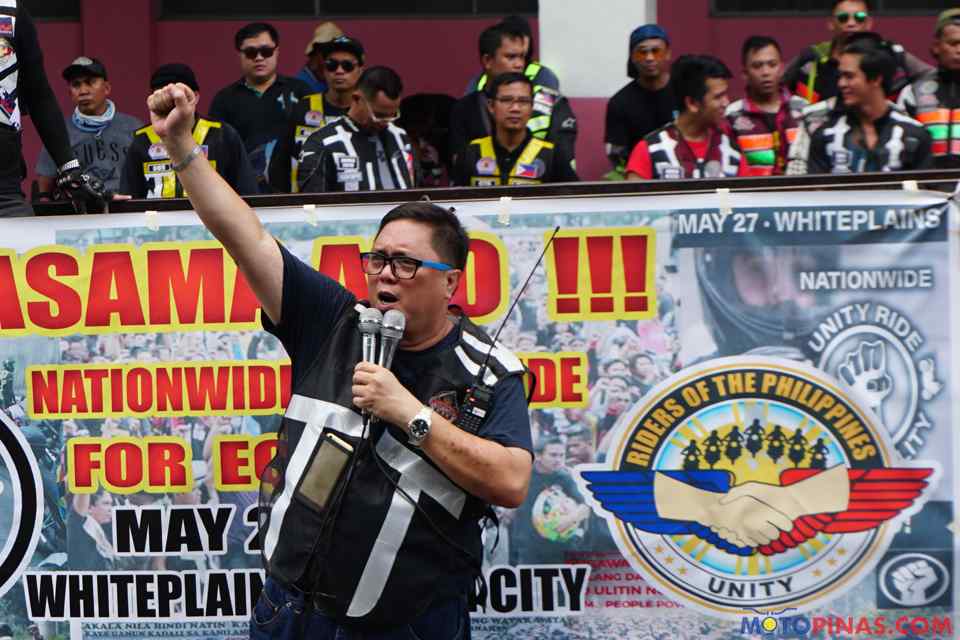 Aside from their proposal for a unified motorcycle law, the group also hopes to convince legislators to reconsider the legalization of motorcycle taxis as an alternative to rail transit and buses in busy cities. It cited modern motorcycle-based TNVS, Angkas, as an example, where the operator is held accountable for any misdeeds of its riders, all of whom are professionally trained and their passengers insured. The group also corrected the misconception that it is supporting habal-habal — the unregistered and unregulated act of taken on passengers on motorcycles for a fare done in some municipalities in the country — but is in fact, quite against it. 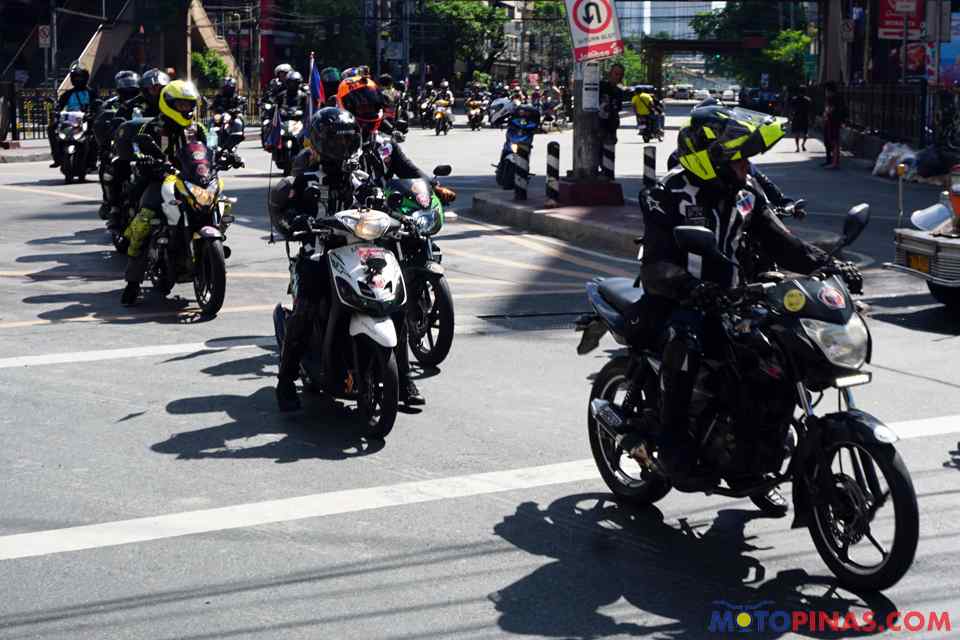 Also present to show their support of the activity were rights groups, Transport Watch and Lawyers for Commuter Welfare and Protection.

The community’s position paper has been received by Malacañan and “will be evaluated.”

The first motorcycle riding school in the country celebrates its 10th Anniversary, with a new mascot and new programs. Suzuki Philippines is taking the Raider R150 Summit to Davao and celebrate with fans of the 'Underbone King' in the country's largest city.