Back in 2010, Honda introduced the CB1100—then, a brand new bike unveiled as a retrospective tribute to the old school CB line that rocked the Universal Japanese Motorcycle (UJM) market and race tracks alike from the late ‘60s to the early ‘80s. For 2017, Honda updated their CB1100 EX and is adding a sportier trim, the CB1100 RS. Honda’s air-and-oil-cooled, DOHC 1140cc inline-four engine has been retuned for Euro4 compliance.

"As with past CBs, we understand the timeless pleasure that our customers get from owning and riding an air-cooled inline four-cylinder motorcycle," said Mr. Mitsunobu Imada, Project Leader for the 2017 CB1100 EX. "Building on the CB1100's desirability and joy of ownership, while adding functionality and quality to deepen the sense of fulfillment, were very important elements for us to consider. With the CB1100 EX, we hope many riders get to appreciate and understand a very traditional motorcycle structure.” 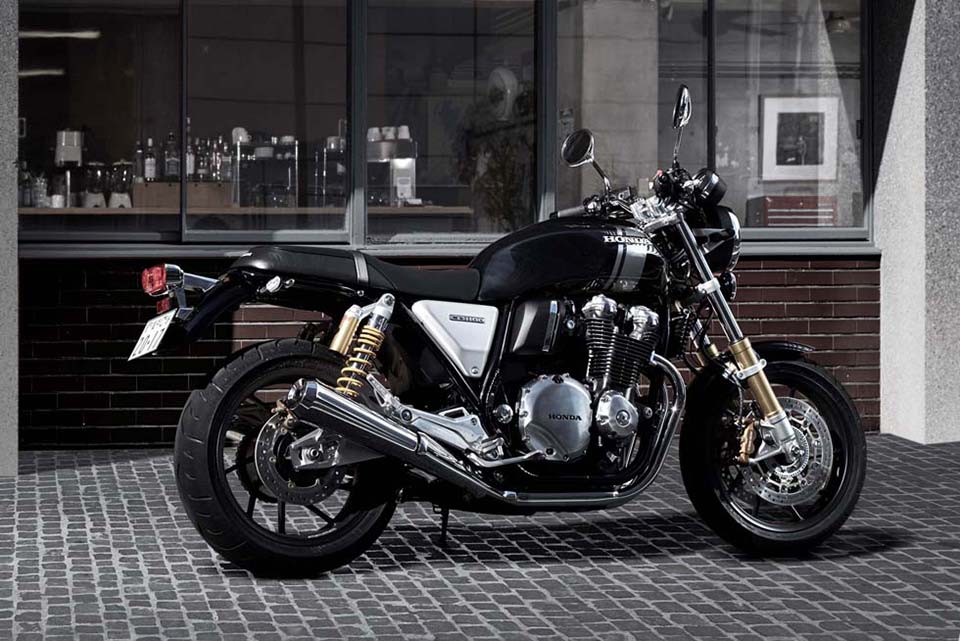 Both the CB1100 EX and RS get performance improvements via revised inlet tracts, assist-and-slipper clutches, and 4-2-2 exhaust systems that are smaller and lighter — ending with more compact chrome mufflers. Power outputs remain unchanged (90 PS at 7500 rpm) but torque has been reduced to 91 Nm at a higher 5500 rpm. Front and rear lights are now LEDs and the redesigned fuel tanks have been streamlined without seam-welded lips for a curvier, hand-built look. ABS comes standard.

The 2017 CB1100 EX rolls on classic 18-inch stainless steel spoke wheels with aluminum hubs and zinc-plated spokes. 296mm floating discs with four-piston Nissin calipers up front and a 256mm disc with a single-piston caliper in the rear take care of braking. 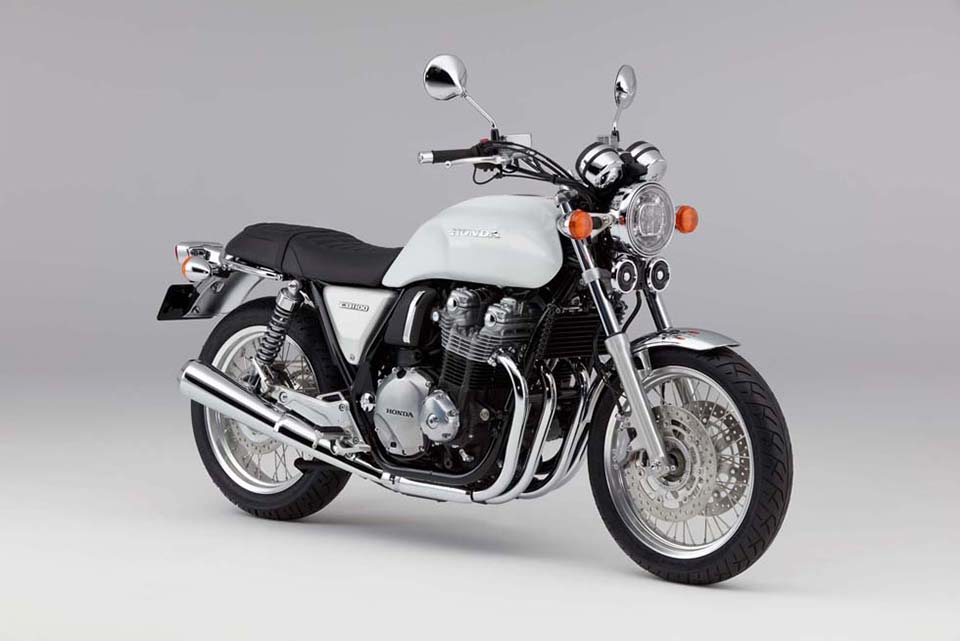 The CB1100 RS gets a slimmer seat and cast aluminum 17-inch wheels that are more conducive to sport bike tire sizes. It’s got steeper rake, less trail (99mm vs 114mm), and a shorter wheelbase (by 5mm) — for more aggressive handling and steering geometry. Suspension is also upgraded from the EX thanks to thicker 43mm Showa “Dual Bending Valve” two-piece front forks and Showa adjustable piggyback shocks in the rear. Front discs are bigger at 310mm and radial calipers are provided by Tokico. 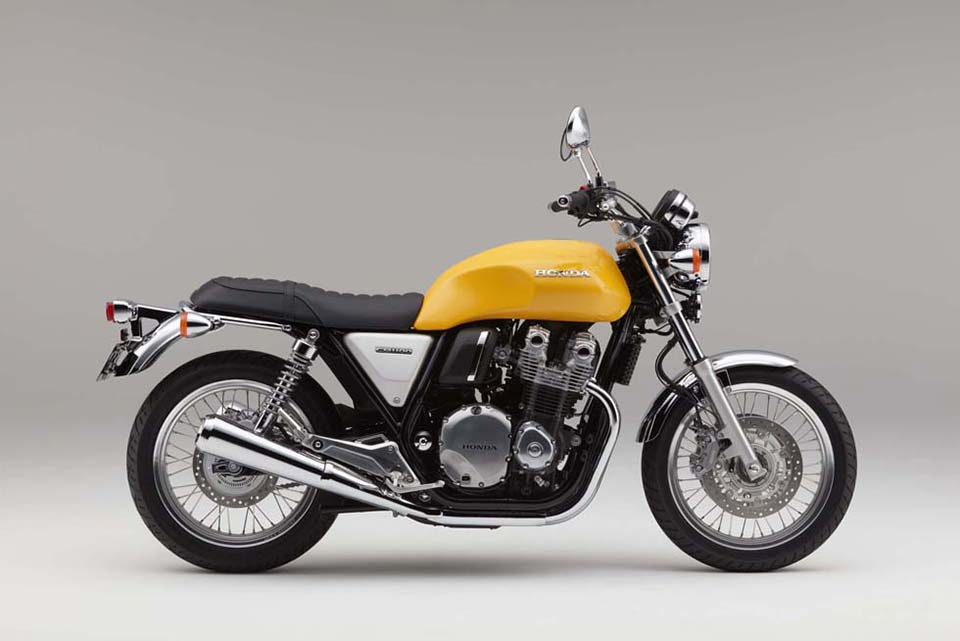 Honda to experiment with Grab on moto-sharing business