BMW's enduro bikes have received a redesign for the 2018 model year. Making its official debut at this year's Milan Motorcycle Show is the all-new BMW F 750 GS and 850 GS. Compared to its predecessors, the all-new enduros benefit from a new frame, a more powerful engine, more aggressive styling and a suite of new technologies.

For starters, BMW made a new steel bridge monocoque frame for both bikes. This allowed BMW to make the two-cylinder engine an integral part of the frame for better torsional and rigidity and durability. Over to its styling, it gets a sharper, more masculine design while retaining certain cues from the old F 700 and F 800. Overall, both bikes look quite similar and only differ in terms of certain equipment. 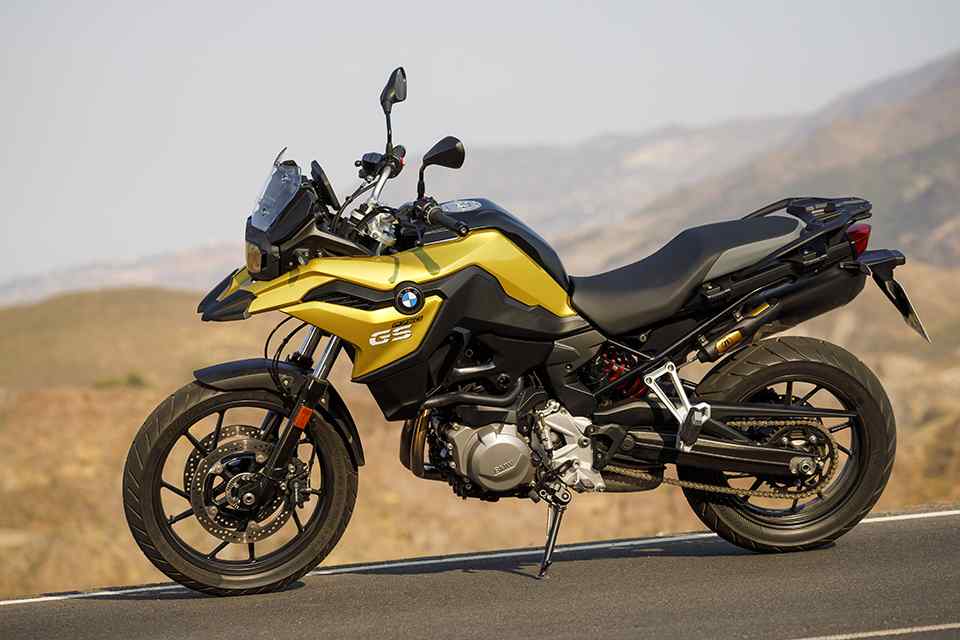 Both motorcycles are powered by an improved two-cylinder engine that has received an increase in both power and capacity. It now displaces 853cc and has received several upgrades which include two counterbalance shafts that negate vibrations, ride-by-wire throttle, a redesigned crank and 270/450 firing order which BMW claimed will deliver better power and aural experience. 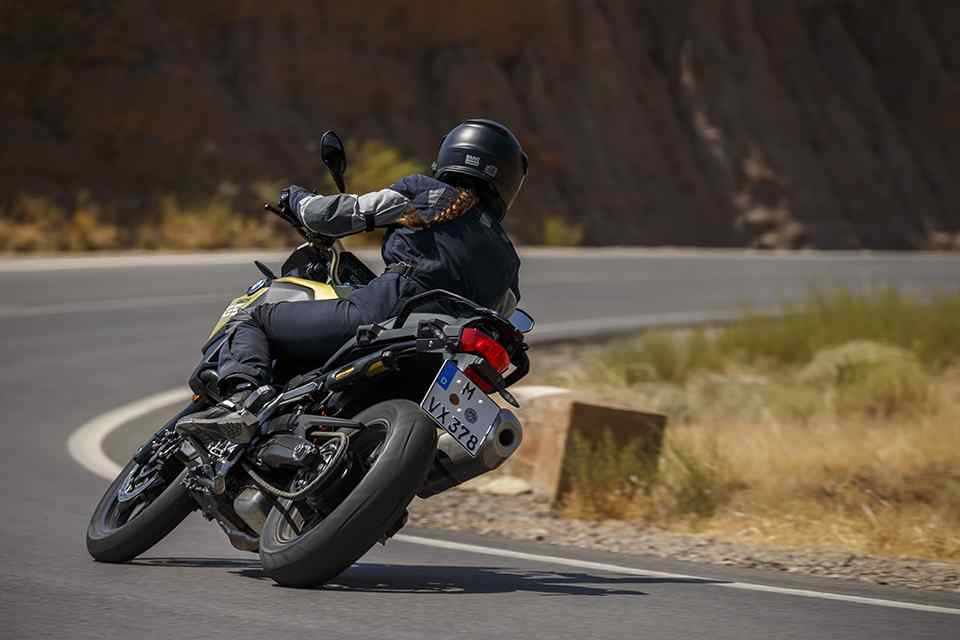 The result is a generous 95 PS at 8250 rpm for the F 850 GS. Meanwhile, the F 750 GS gets a detuned version of the two-cylinder engine which produces 77 PS at 7500 rpm. Both are connected to a six-speed gearbox that comes with an anti-hopping clutch for lighter clutch operation and reduced engine drag torque. 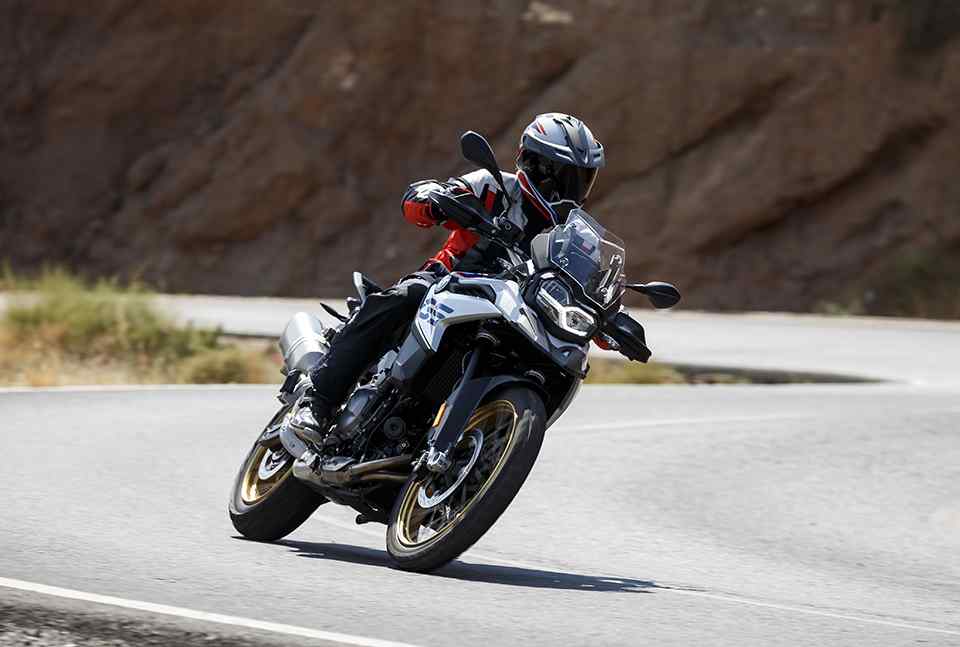 Two riding modes are available on the 750 and 850 GS; Road and Rain. However, both motorcycles can be specified with additional riding modes: Dynamic, Enduro and Enduro Pro (only available for the 850 GS). Aside from altering the throttle response, the aforementioned modes also adjusts the electronically-controlled suspension and traction control threshold. 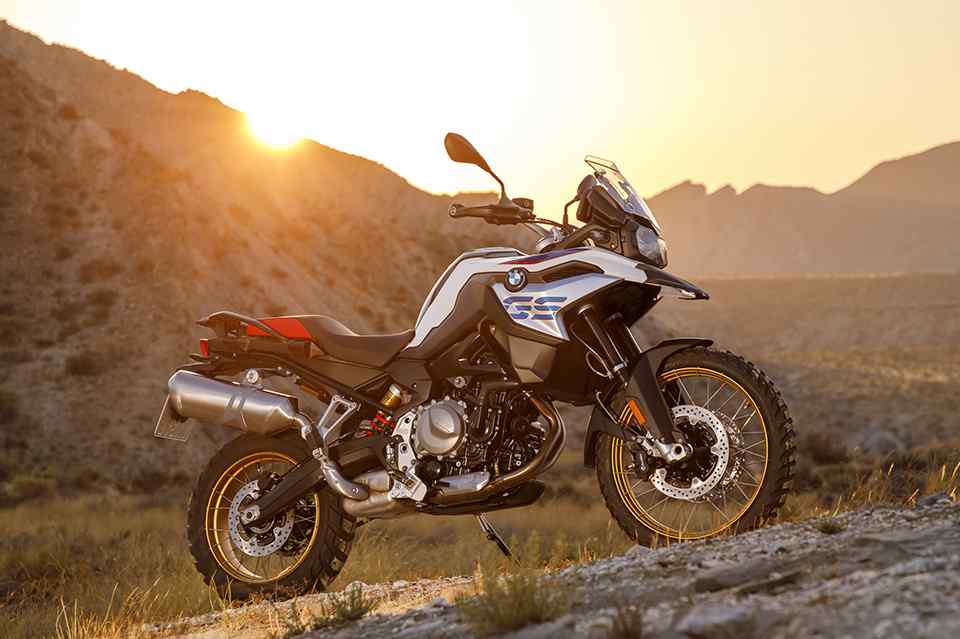 For its suspension, the bikes come with new telescopic inverted front forks and double-sided aluminum swinging arm with central spring strut. In addition, the suspension can be had with the optional Dynamic ESA. It constantly adapts to one's riding and road surface and can be set with Enduro Pro for improved off-roading in the 850 GS.

In addition, the new GS enduro bikes come with a 6.5-inch full-color display that can show the tachometer and speedometer. In addition, the screen also doubles as the bike's multimedia and multi-info display. With it, you can pair your phone with it, playback audio or use the onboard navigation. The motorcycle also comes with a LED headlight and LED daytime running lights (DRLs). 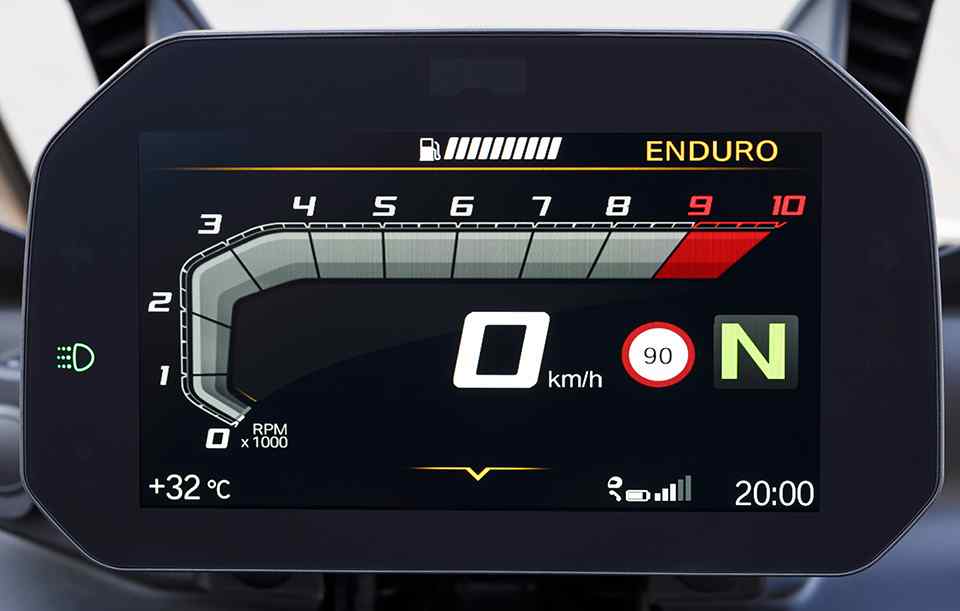 The F 750 GS is tailored towards road use while the F 850 GS is geared for off-road use.

The 2018 Honda CRF1000L2 Adventure Sports is the higher-spec Africa Twin that can go farther into the wild.