While there are several trims of the all-new Goldwing to choose from, Honda decided to showcase the top-of-the-line version at the 2018 Bangkok International Motor Show: the GL1800DA Goldwing Tour “Airbag Automatic DCT.”

The 2018 Goldwing is powered by a 1,833 cc flat-six engine rated to make more peak power than before — 126 PS at 5,500 rpm and 170 Nm of torque at 4,500 rpm. It gets new double-wishbone front suspension (which integrates a Showa shock between the wishbones), and a Pro Arm single-sided swingarm with a rear mono shock incorporated with shaft drive. The new tourer is also a tad more compact in size, and now boasts four valves per cylinder. 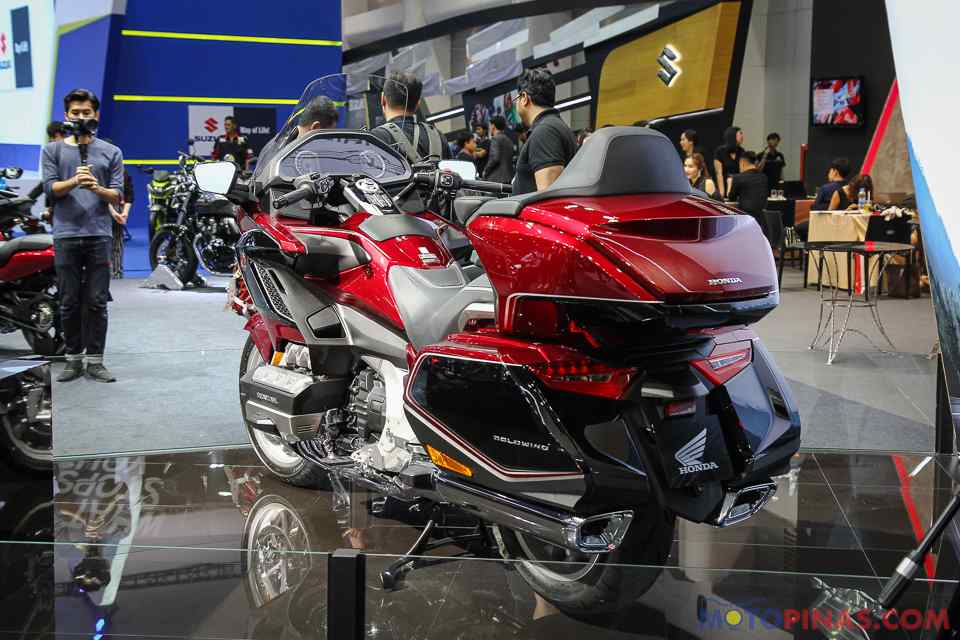 The next-generation 2018 Goldwing has been improved on many fronts. The base model is now up to 48 kg lighter thanks to weight-saving changes to the engine, chassis, and swingarm. It’s been updated with Honda’s new electronic Ride-By-Wire aids, four ride modes, cruise control, Idling Stop, Hill Start Assist, and Honda Selectable Traction Control. The new Goldwing also supports Apple Carplay. 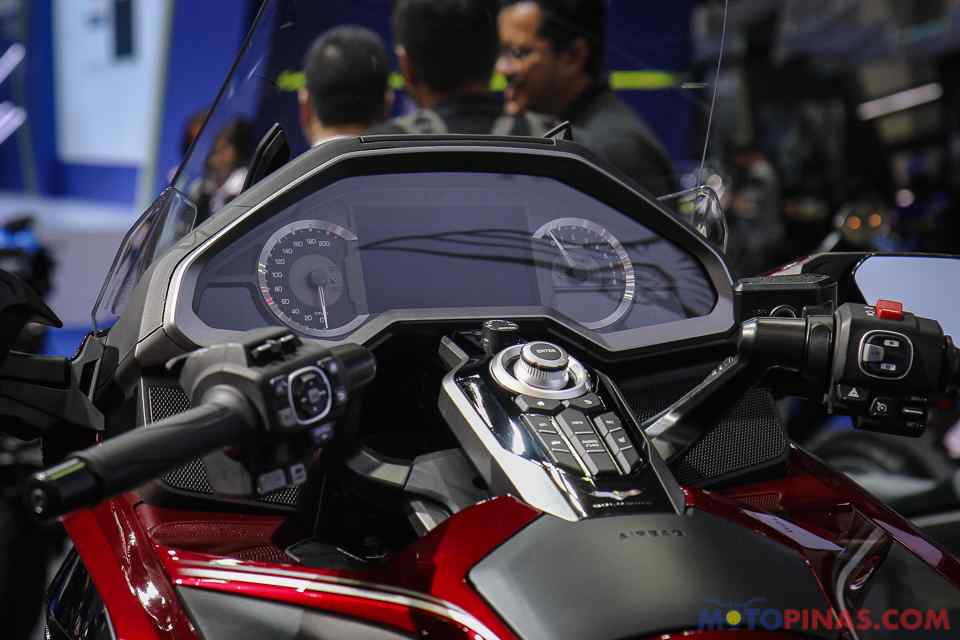 The Goldwing Tour is a higher-spec version of the base Goldwing with additional features such as electronically adjustable suspension, heated grips, a 50 L top box, rear speakers, a center stand, and a shorter windscreen. Above that… The 2018 GL1800DA Goldwing Tour “Airbag Automatic DCT” comes equipped with Honda’s heavier seven-speed automatic Dual Clutch Transmission (DCT) — that includes low-speed reverse and walking mode, which come especially handy getting in and out of parking on inclines. It also receives Honda’s prototype airbag system. 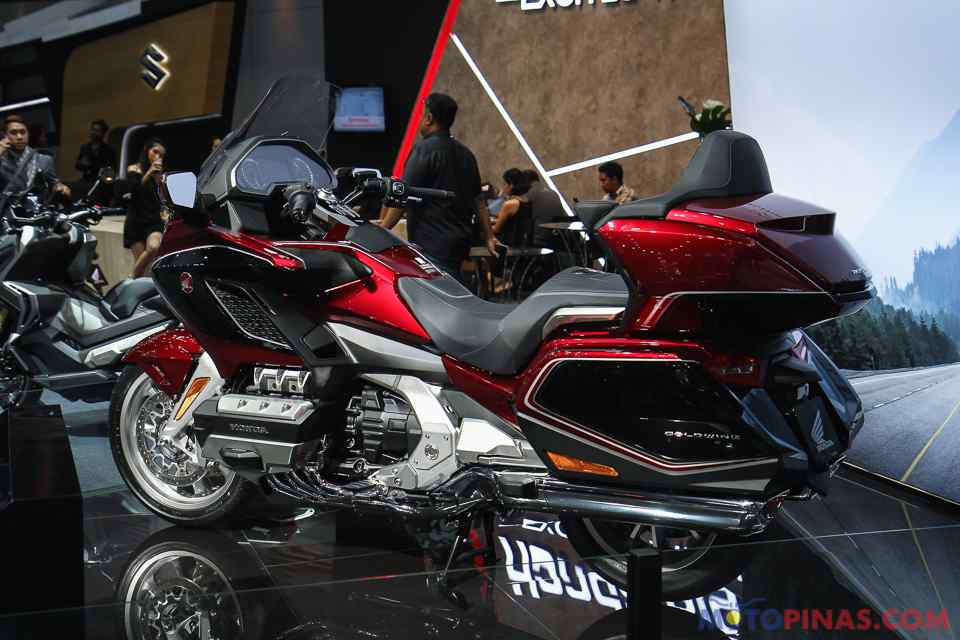 Like the other trims, the Goldwing Tour “Airbag Automatic DCT” brakes with dual 320 mm discs and two radially mounted six-piston calipers up front, and a single 316 mm unit with a three-piston caliper out back. Honda’s Dual Combined Brake System and ABS come standard. Seat height is measured at 747 mm, with fuel tank capacity at 21 L. This range-topper is sold at an MSRP of $31,500 USD, with a two-tone color scheme of Candy Arden Red and Black. 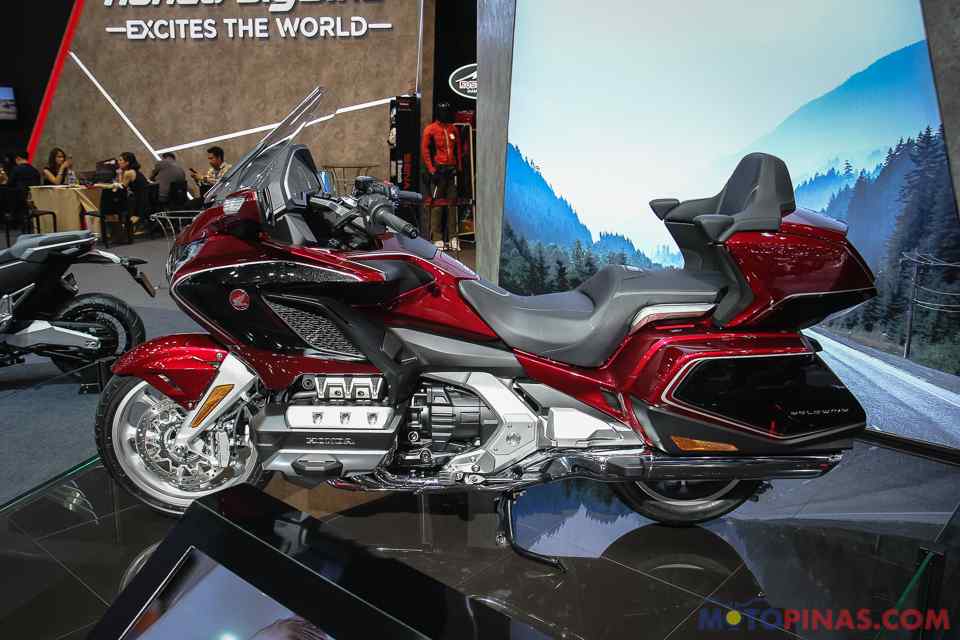 The recently concluded 39th Bangkok International Motor Show was staged from March 27 to April 8, 2018 at the IMPACT Challenger Halls 1-3 at Muang Thong Thani in Bangkok, Thailand.