The bike comememorates Ducati's multiple victories in what is arguably the world's most popular and toughest hill climb. The 'Race to the Clouds' takes place on Pikes Peak west of Colorado Springs with a finish line awaiting at a dizzying altitude of 4,300 meters. 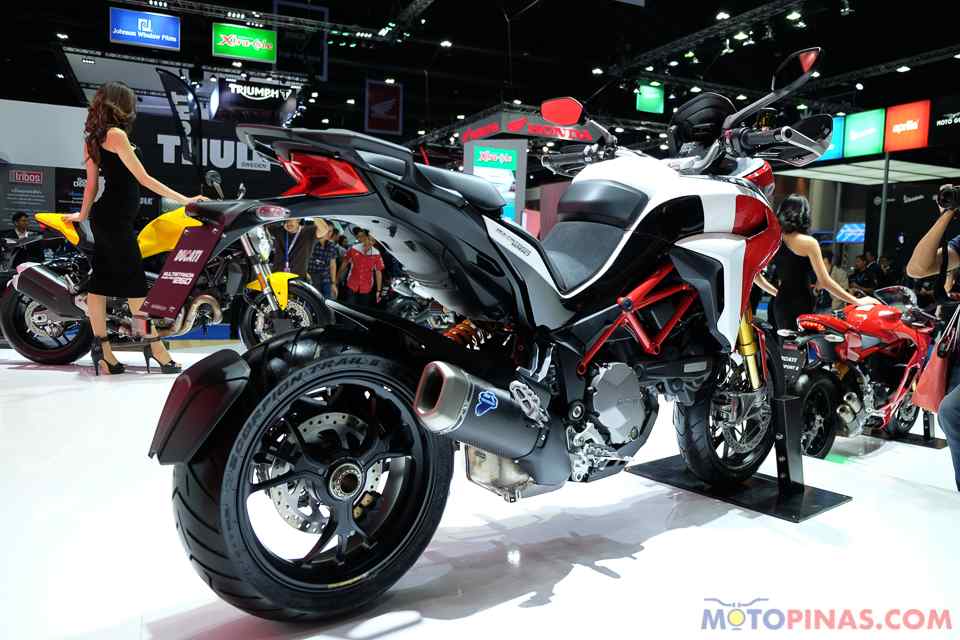 The Multistrada 1260 Pikes Peak is positioned aboce the Multistrada 1260 S in the lineup. As such, it carries over the 1,261cc Ducati Testastretta DVT engine with Euro 4 homologation and 158 hp of power at 9,750 rpm. New for 2018 are the dimensions of the frame, which include a new geometry of the front axle and a longer swingarm.

Despite the racing tribute, the Pikes Peak has no shortage of tech toys. It is equipped with an Inertial Measurement Unit (IMU), developed by Bosch, which dynamically measures the angles of inclination and pitch as well as the acceleration along the 3 axes, allowing the operation of features like cornering ABS, Ducati Wheelie Control (DWC), Ducati Traction Control (DTC), Vehicle Hold Control (VHC), and even Cornering Lights (DCL) in the full-LED headlight. The transmission is also fitted semi-automatic with quick shift in both directions. All this is gleamed on the new multifunction TFT LCD screen and manipulated with buttons on the handle. 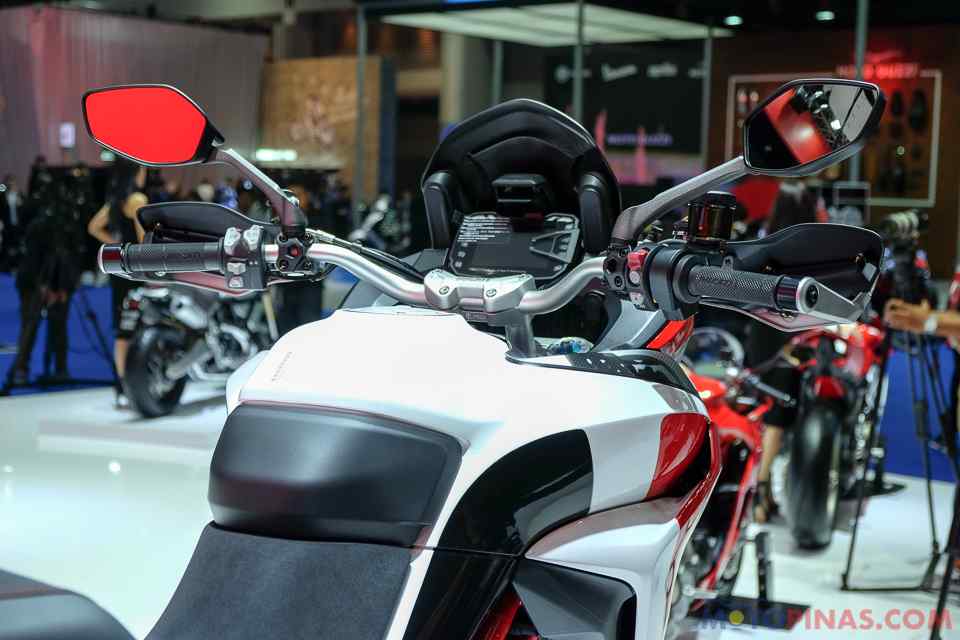 Naturally, the bike is offered with a variety of options like the Ducati Multimedia System (DMS) that can connect to a phone and control functions like calls, text and music through the handle switches. 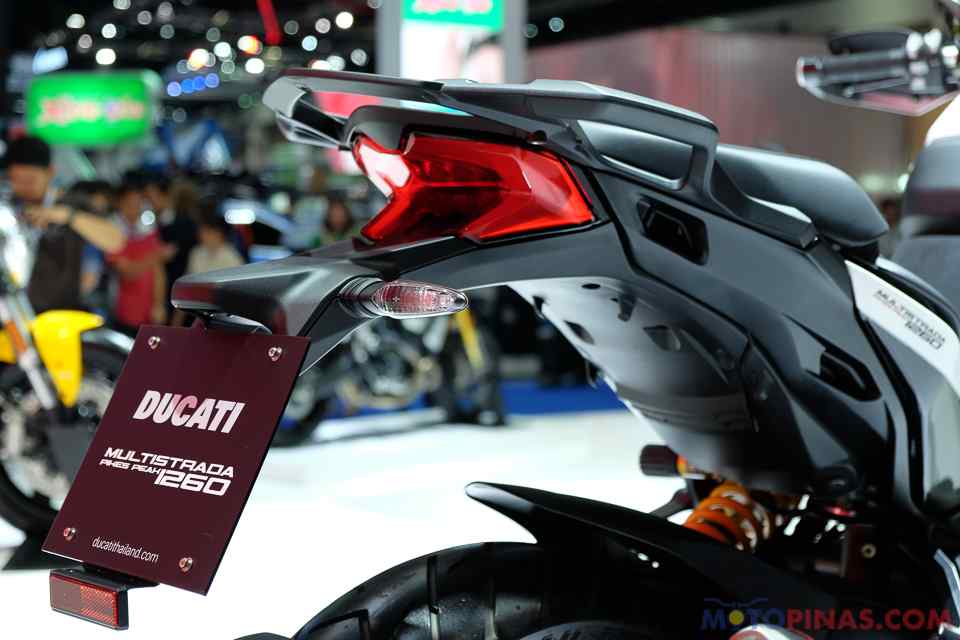 Ducati also offers the following packages to further customize the bike for a variety of uses. The Touring Pack comes with heated grips, side suitcases and a center stand, the Urban Pack comes with a rear trunk, over-tank bag with “tank lock” and USB power socket. The Enduro Pack is fitted with supplementary LED lights and Touratech Ducati Performance components: engine protective bars, radiator protection bars, crankcase guard, wider base of the side stand and off-road footpegs.

It's not just available in Thailand. Ducati Philippines also offers the Multistrada 1260 Pikes Peak at PhP 1,750,000.

India now requires ABS on all new bikes above 125 cc and CBS for those blow 125 cc.