Hordes of riders headed to Legazpi City in Albay province, including myself on board a Ducati Scrambler Desert Sled, for the 24th Annual National Federation of Motorcycle Clubs of the Philippines Convention (NFMCPC). 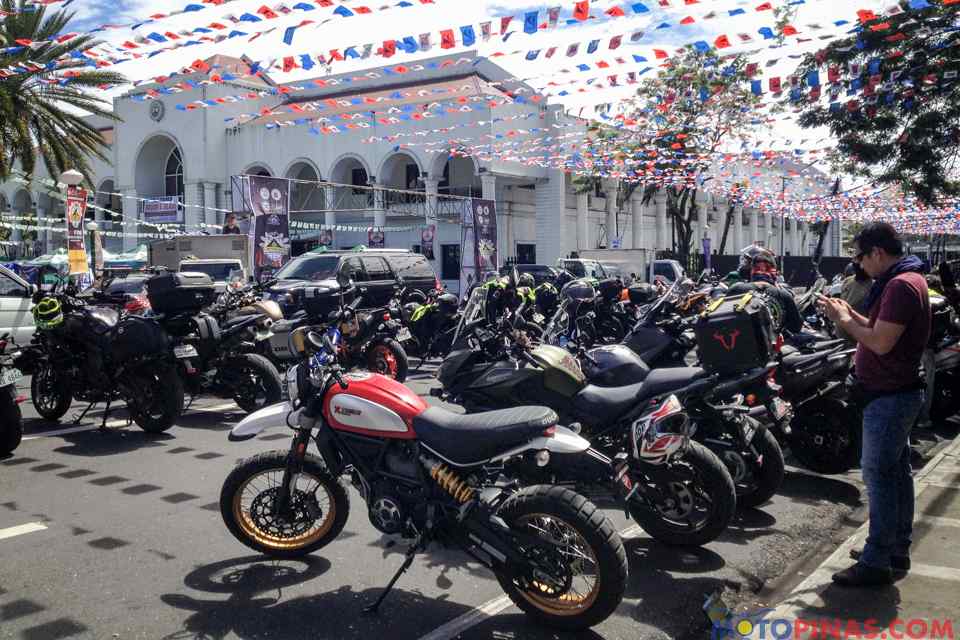 The annual event gathers various motorcycle clubs around the country for several days of festivities, talks, and activities. Hosting this motorcycle convention is done in a round robin format, alternating between Luzon, Visayas, and Mindanao. With last year’s convention hosted by the city of Koronadal, the NFMCPC heads back to Luzon. 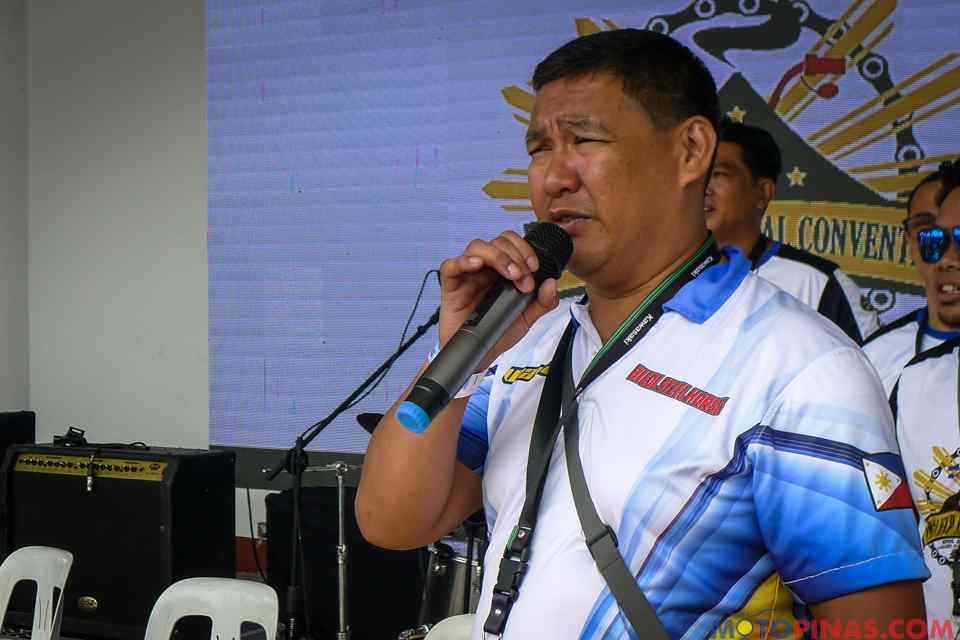 This year’s convention was hosted by the Bicol Steel Horses, led by Wawi Villanueva (brother of BMW-Certified Riding Coach, Toto Villanueva) over the course of two days. 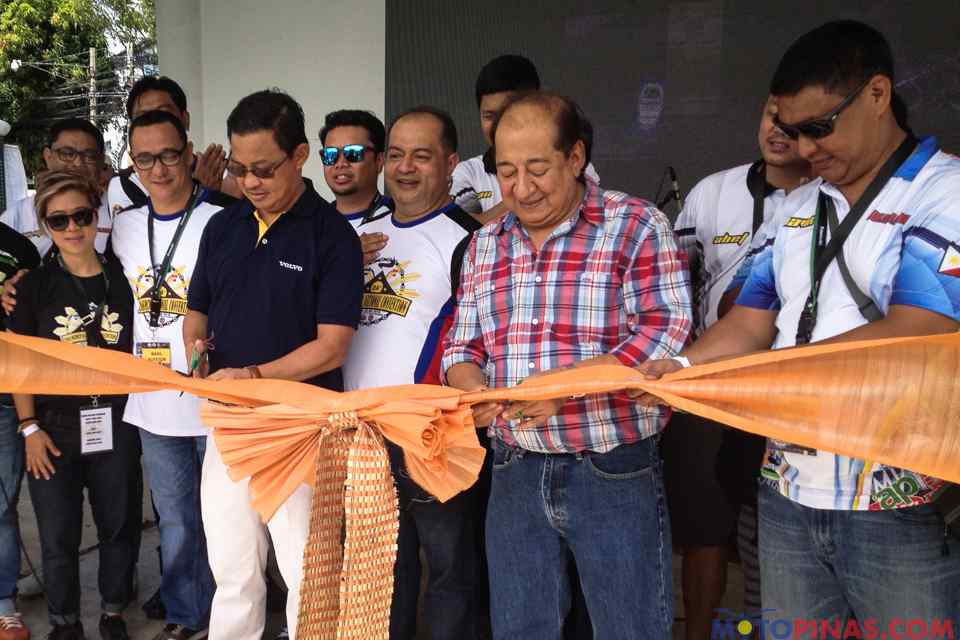 The festivities officially commenced on Friday morning, April 20th, with Legazpi City Mayor, Noel Rosal, and Albay Governor, Al Francis Bichara, gracing the event along with the members of the Bicol Steel Horses. 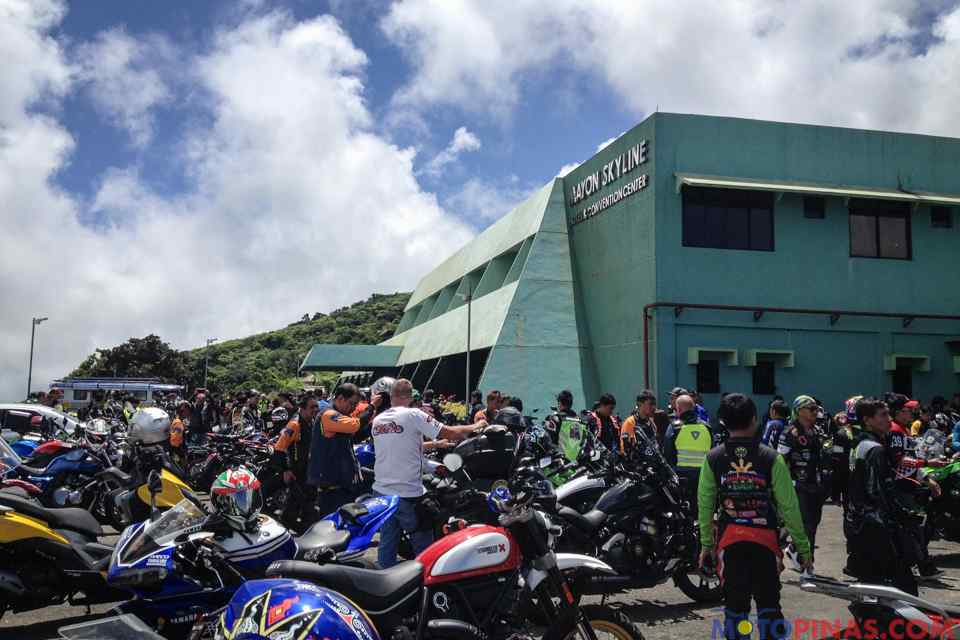 The streets along the vicinity of the Penarada Park were closed to give way for the meeting of the convention participants. 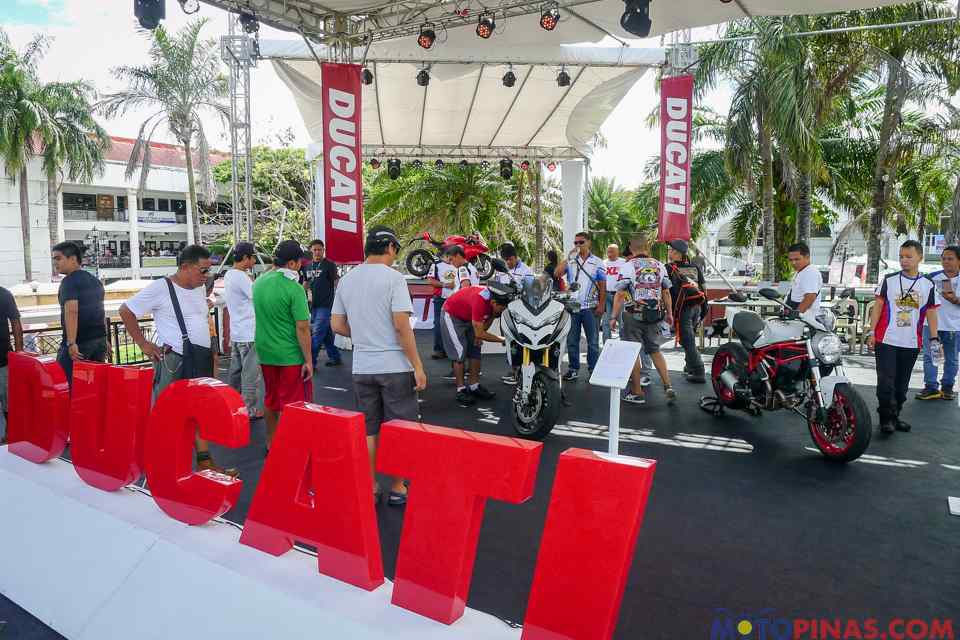 Meanwhile, the booths of the presenters; from Ducati, BMW, Kawasaki, Indian Motorcycles, Ropali, Harley-Davidson and a lot more also opened to the delight of the locals and riders.

From morning ‘till afternoon, the delegate’s numbers steadily grew as riders arrived from the different parts of the country, some as far as Mindanao. 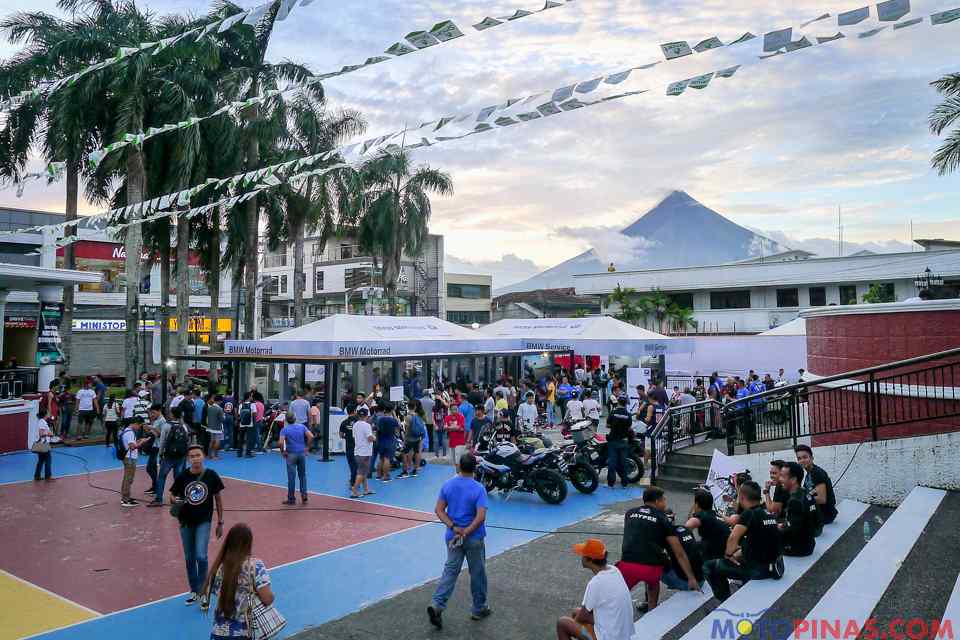 By 6 PM, the Governor’s Night officially started – a night of fellowship and music for the entertainment of the visiting motorcycle riders. 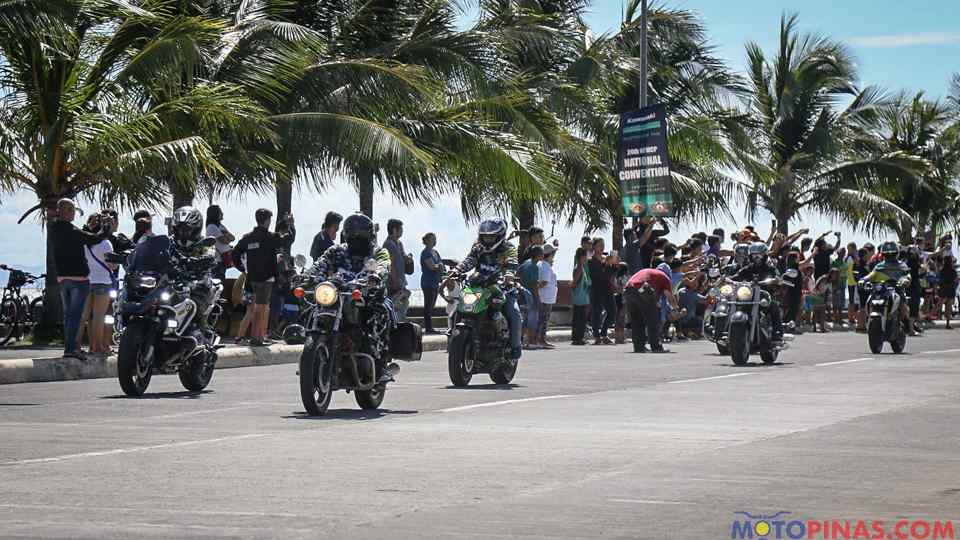 Day 2 was quite a busy day for the delegates that started with the assembly at the beautiful Legazpi Boulevard for the Bicol Convention Unity Ride, a 48-kilometer ride to the picturesque Tiwi Coastal Road and to the Mayon Skyline View deck. While this was all happening, the Club President’s Meeting at the Governor’s Resthouse also commenced to talk about some of the issues that are currently affecting the motorcycle riding populace in general, among them the controversial big motorcycle plates that is being pushed by the house and senate. In addition, it was formally announced that the 2019 NFMCP Convention would be held at the beautiful City of Iloilo and will be hosted by the Iloilo Motorcycle Club. 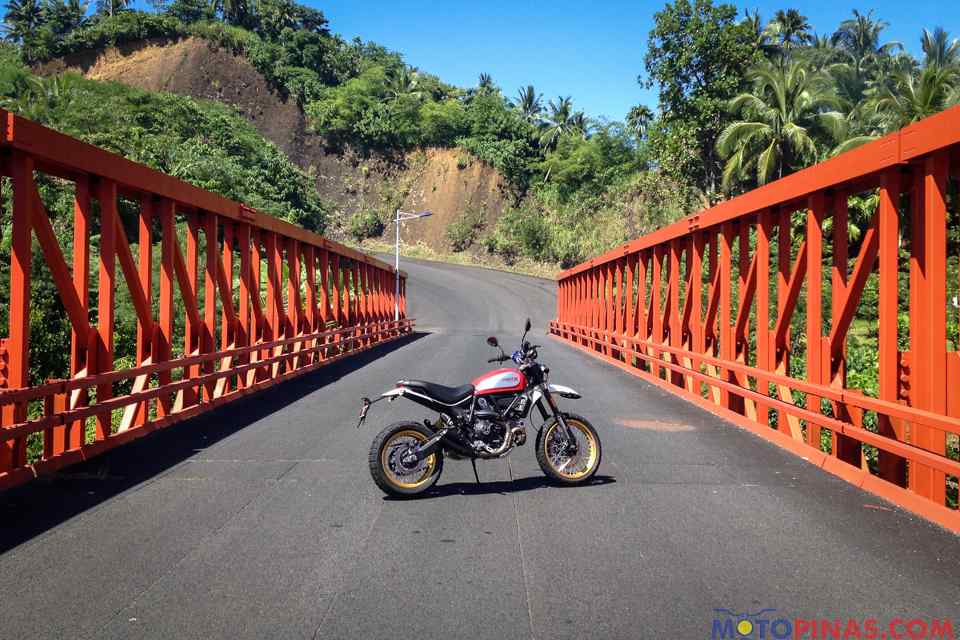 Afterwards, it was all free time for the delegates to sample the beauty of what the Bicol Region had to offer. For us at MotoPinas, we joined the many Ducatistis for an afternoon merienda at the lovely Misisbis Bay Resort in Bacacay, a 60-kilometer ride from the Mayon Skyline View deck in Tabaco Albay, thanks to our good friends from Ducati Manila headed by Marc De Joya.

The 24th NFMCP Convention climaxed upon the arrival of His Excellency, President Rodrigo Roa Duterte during the Mayor’s Night, marking a first in the convention’s history that a Head of State graced the festivities. Among his remarks, the President made it clear not to mix riding motorcycles with alcohol, especially illegal drugs which he hated most. 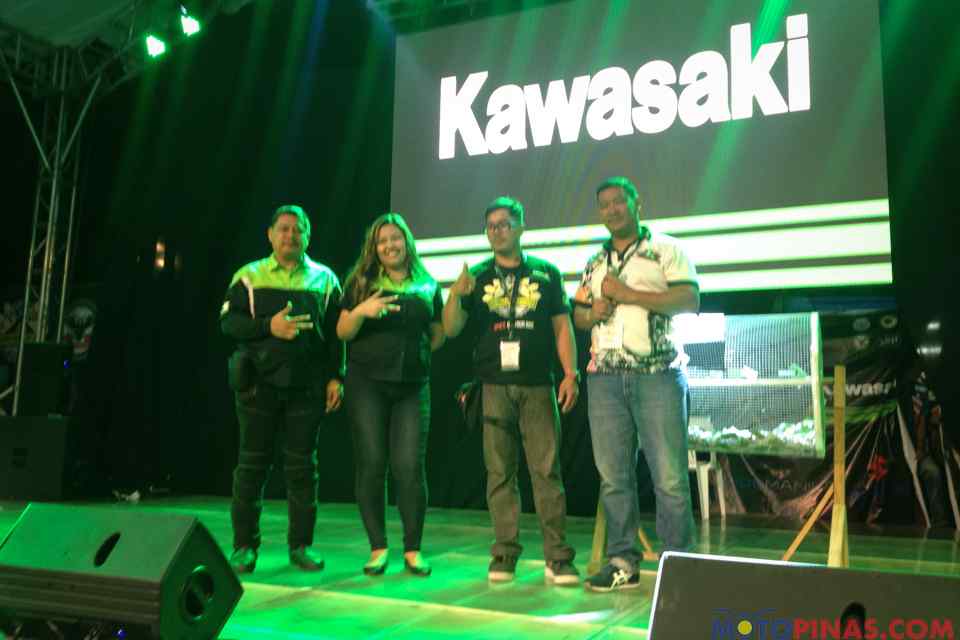 Kawasaki capped the night off with their newest Kawasaki models to hit their showrooms and one lucky convention goer took home a brand new Kawasaki Ninja 400 after the raffle draw. 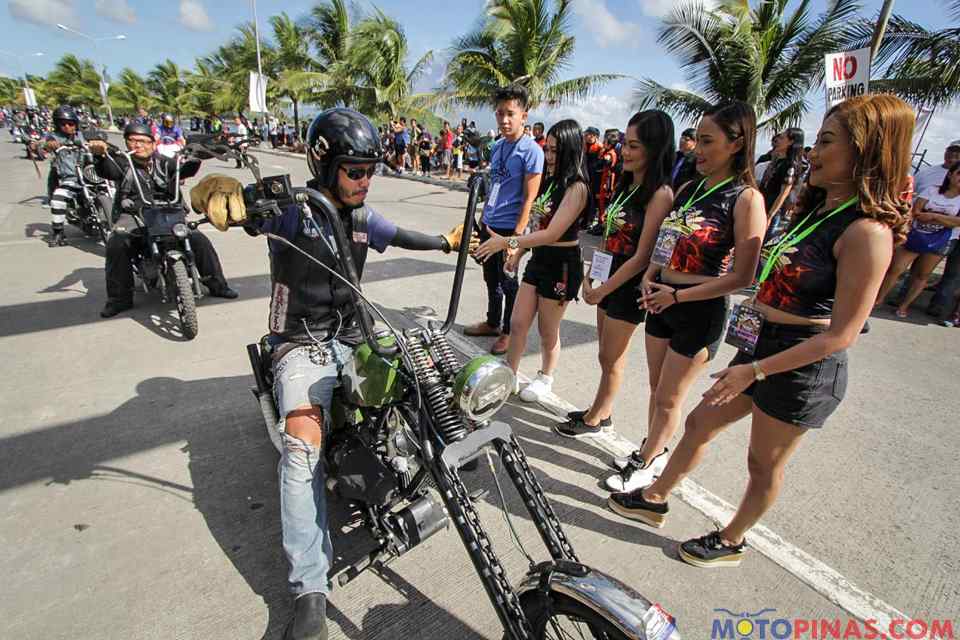 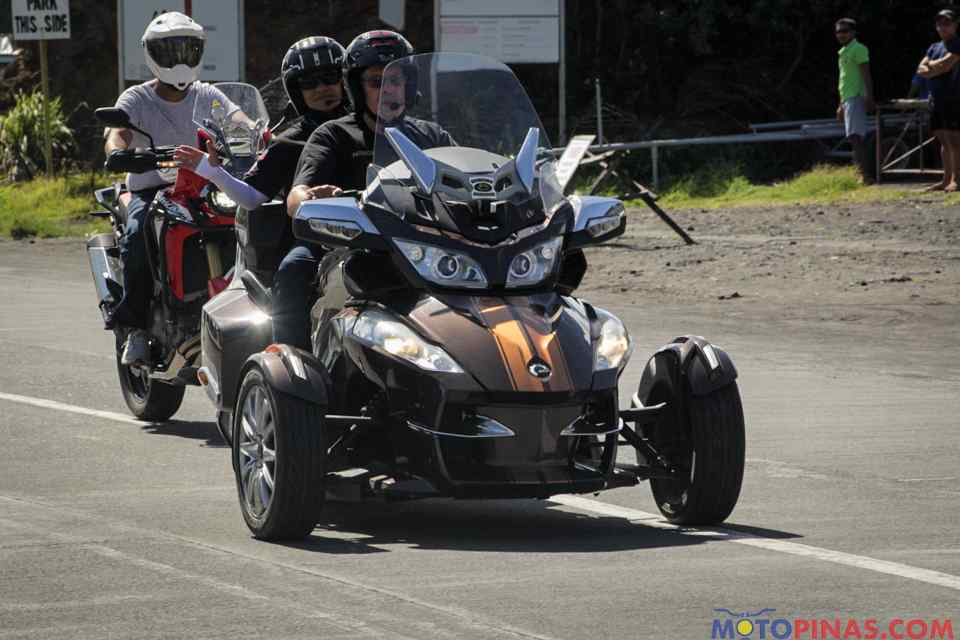 The motorcycle convention would not be possible without the help of all the sponsors, The Department of Tourism, Albay PEO, the Government of Albay, the City Government of Legazpi and most importantly, the People of the Bicol Region. 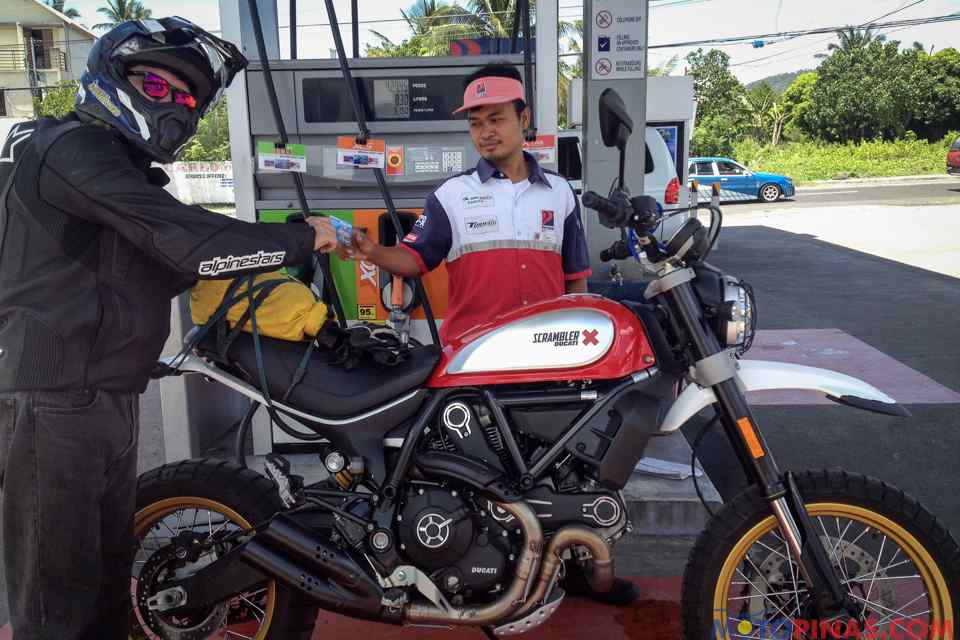 We owe special thanks to Petron, Ducati Manila and Marc De Joya for powering our Bicol Adventure. 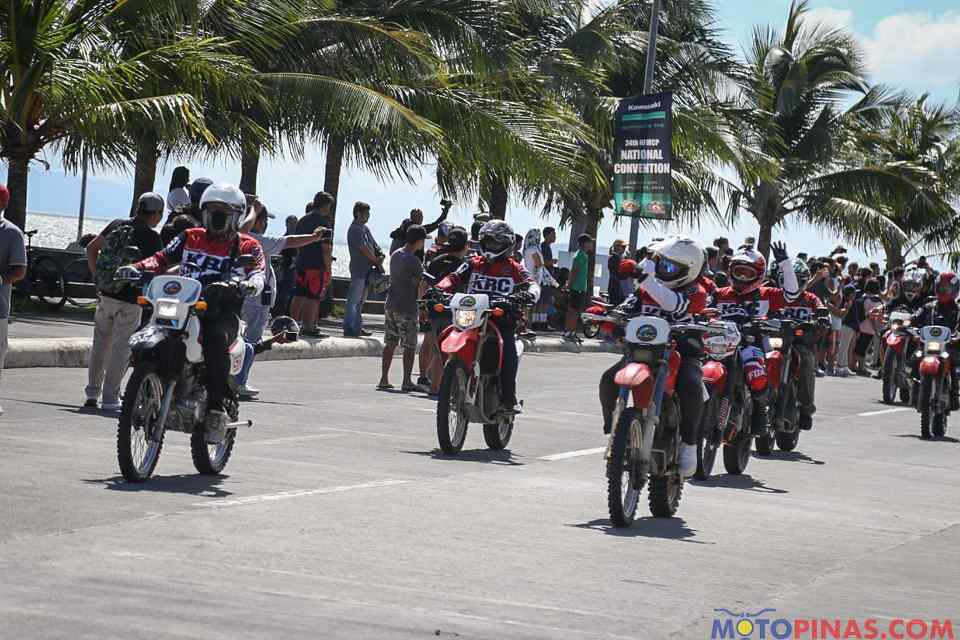 The National Federation of Motorcycle Clubs of the Philippines Convention are held annually and aims to promote rider welfare, local tourism and camaraderie among fellow motorcycle clubs all over the country. It was founded in 1995 and is composed of primarily Filipino motorcyclists with 369 federation members or around 10,000 individual members nationwide. The Bikes of the 2018 Bangkok Motor Show

We bring you the motorcycles worthy of notice, and quite possibly heading to our showrooms soon, if they're not here already.