“This has to stop!” Those are the exact words of President Rodrigo Duterte during his speech at the 24th Annual National Federation of Motorcycle Clubs of the Philippines Convention last Saturday in Legazpi City, Albay. The President was referring to the unregulated proliferation of motorcycles in the country in the sense that almost anyone could get one from a dealer, even those who were not trained to ride one.

“The roads are not really safe. Maraming motorsiklo na mura and everybody could buy it. (There are a lot of affordable motorcycles and everybody can buy it)” “Walang mga lisensya yan at walang rehistro. Walang mga insurance. (They don’t have licenses, registration or insurance).” He then added “If you look at it very carefully, there is really anarchy in the streets.” 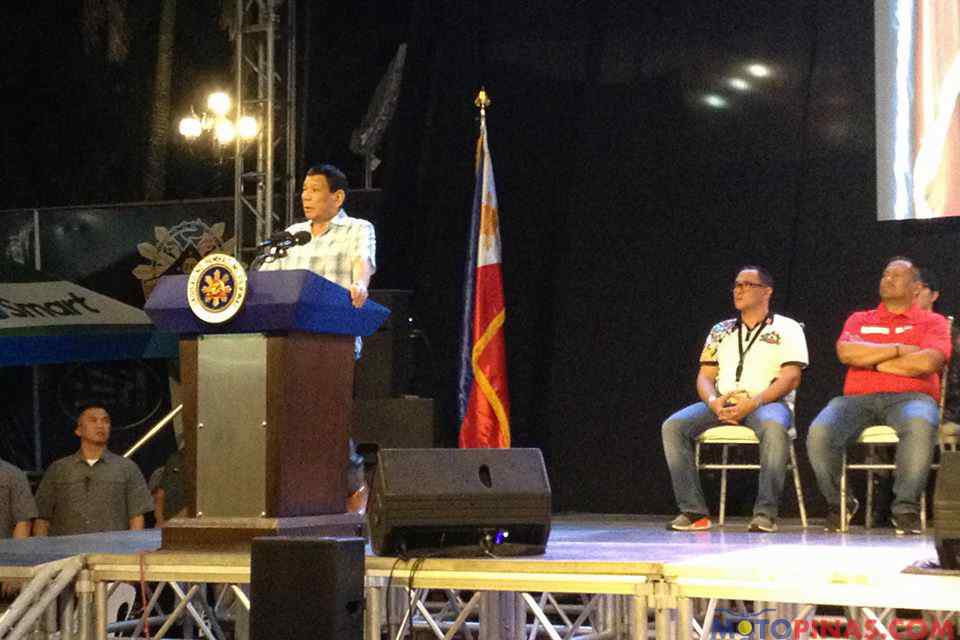 The President, a motorcycle enthusiast himself for more than four decades now then compared the difference between riding a bicycle and a motorcycle. He stressed that the skills involved are way different, disapproving the belief by many that if you could ride a bicycle you should be able to ride a motorcycle too without any problems.

A huge percentage of vehicular accidents happen because of human error according to the Metro Manila Accident Recording and Analysis System (MMARAS 2010-2016 study), these include poorly judged turns, losing control of the vehicle, speeding up, and sudden braking – all avoidable with proper rider skills training. In most jurisdictions in first-world countries, a motorcycle riding course is mandatory if one is to ride a 125cc and up motorcycle. Unfortunately here in the Philippines, a simple “2nd gear ride” done in an underbone (clutchless moped) in a small parking lot of an Land Transportation Office is all it takes for an individual to get a restriction 1 license which will give him or her permission to ride a motorcycle. Worse, anyone with P2,500 depending on the LTO fixer’s price will get a driver’s license, without the requirement of appearing in person upon application, which fixers call ‘non-appearance’.

“Yung mga bata o tao na gustong magsali sa training, (the kids or adults who wish to join training) the only requirement is you are just a Filipino, period.” the President added, hinting that the Highway Patrol Group would be tasked to formulate and conduct the mandatory motorcycle riding courses if implemented. The President also made a stern warning, telling the 3,000 plus convention attendees to not mix riding and alcohol, especially drugs which he called ‘society’s worst menace.’

“I love you all. I love human beings. As a matter of fact, I kill criminals because I love them. I kill drug people because they destroy my country,” the President said.

We bring you the highlights of the recent Honda Riders Convention: Luzon Leg held at the Megatent in Libis. As cars owners will soon be getting their new plates, it looks like motorcycle riders will have to wait a little bit longer