Marilaque, Kaybiang Tunnel, Tagaytay – these are just some of the names of popular motorcycle riding destinations that are typically suggested when someone says “tara, ride tayo!” (come on, let’s ride!) on a beautiful Sunday morning.

For those inclined to a little more adventure and keen to venture off the paved path, it is a little different. Our adventures take us to roads where only a donkey or a kalabaw (water buffalo) would dare tread.

Have you ever heard of places like Siomai or Showtime? How about a place called Ted Failon? Well, these names come from trail riders when they christen new trail sites, from mountain fire roads to overgrown single tracks inside the jungle, to distinguish them from each other. Some are funny, some are weird while some are just as simple as the person who owns the property. Below are some of the places you will hear from trail riders and the story behind them. Before we share them, we invite you to keep an open mind, prepare to be possibly offended, and laugh a little. 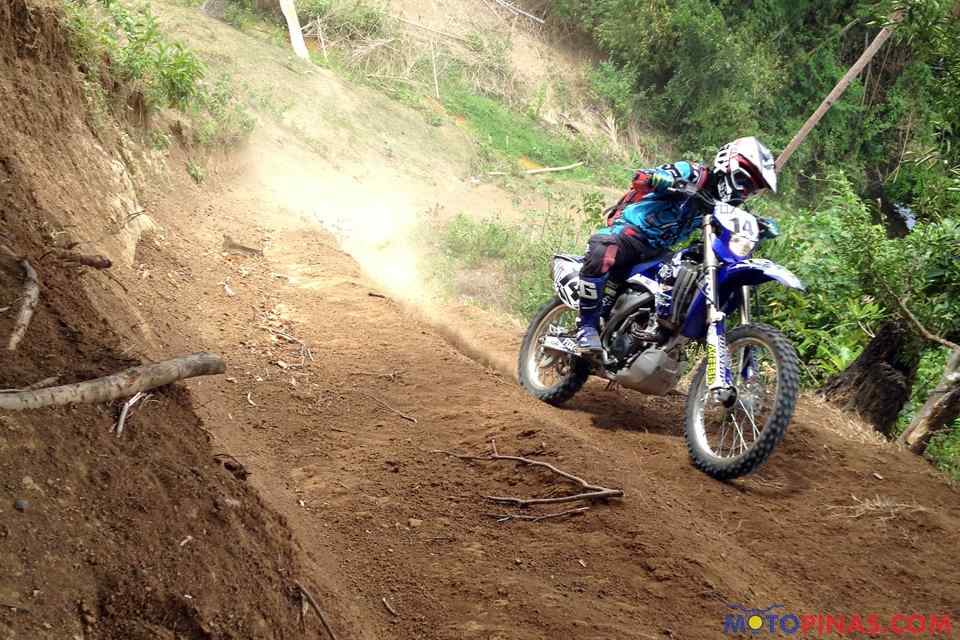 This long and very steep wall within the vicinity of Mt. Maarat has be so named after the challenge it presents. The story behind it, as I was told, was that you will be "rewarded" with a siomai merienda if you are able to clear that wall. That is if you can. Just imagine climbing a 15-story building on a motorcycle and you get the picture.

This is a famous rest stop at Mt. Maarat. It is the humble home of ‘Tatay Vergel’ Manalo, who, since time immemorial, has been keeping trail riders’ tummies full deep within in the jungle. 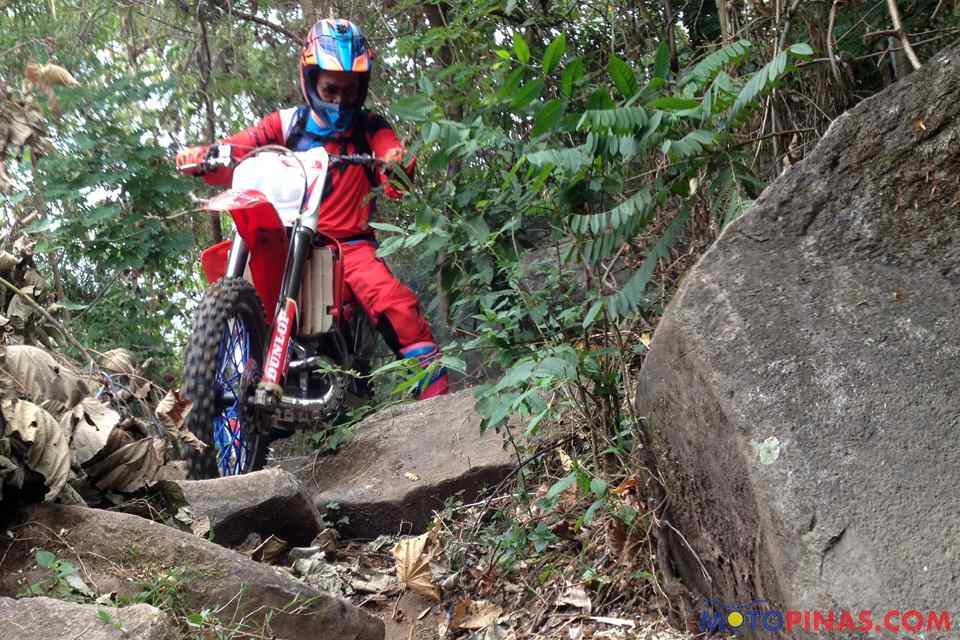 Characterized by a large boulder protruding from an entry going up, you will definitely go down if you do not know how to take on this rock or sasalto ka sa bato (you will fall down hard on the rock). ”Salto” is the Filipino word for falling down hard or rolling down.

A colloquial form of “bowling.” As I was told, there were a group of trail riders waiting to go up the slope. However, another rider was coming down, fast and with little control. He ended up knocking them all down like bowling pins. Strike!

Ted Failon didn’t buy this piece of land. It is named after the famous newscaster because this is where he crashed his mountain bike and fell onto barbed wire a few years back, hence the name. 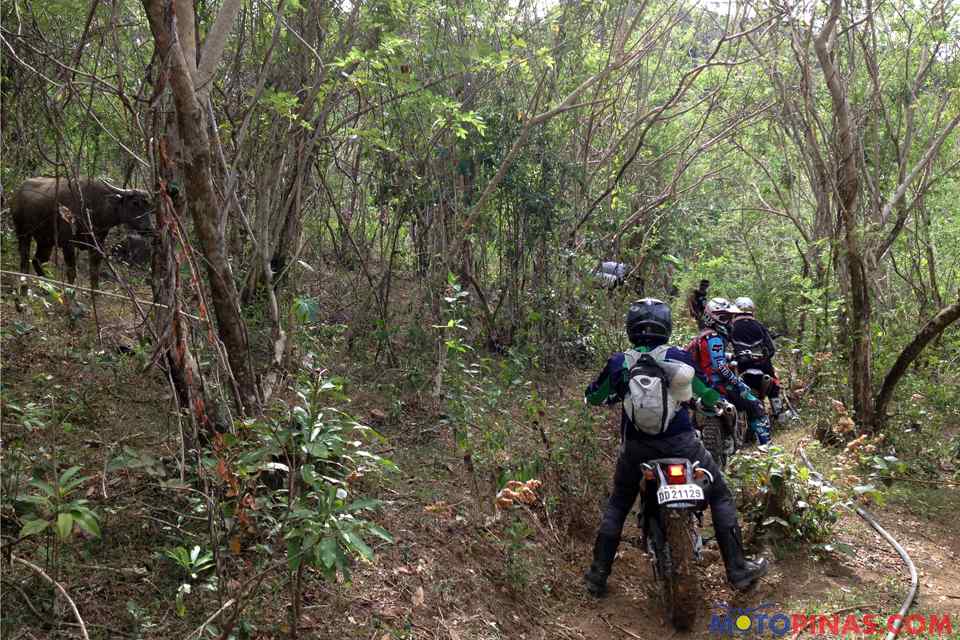 This is Ka Vergel’s counterpart in the jungles of Magallanes, Cavite. Though technically, Tatay Tomas’ humble home is already in the town of Nasugbu, Batangas. He serves the best tinolang neytib na manok (native chicken soup) in this side of the jungle. Also, his kapeng Barako (Barako coffee) is free for all but there’s a catch – you must first complete the 10-story wall climb with your dirtbike to get your coffee fix.

A short but difficult trail site in Magallanes, the trail riders gave this location that name because they thought that some of the locals living in the area were Arabs due to certain facial features more closely associated with those born in the Arabian peninsula. 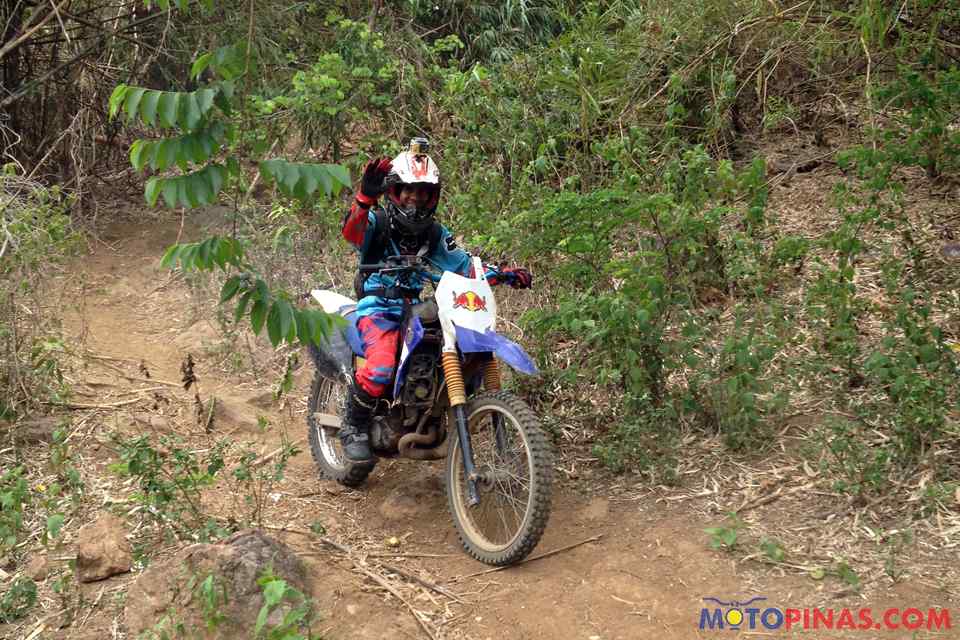 Previously an unnamed hill, a rider once trekked down its steep side and unfortunately crashed his dirt bike and got a bad cut on his nipple because he didn’t wear his chest armor that day. Much to his misfortune, the hill was called Mt. Utong since that day.

Legend has it that there was not a single such structure in this locale until one day, a small convent or monastery suddenly appeared overnight. The towns people destroyed it, believing it was the work of evil, but the next day the convent was there again, standing like nothing had happened.

Old townsfolk in the area say that during WWII, it was the trail that the Japanese Imperial Army used to defend their position in the Cavite-Batangas area. Today, it serves a more passive role as an off-road trail.

Contrary to popular belief that karma takes swift action against spiteful riders on this trail, the property owner’s family name is actually Karma.

This feature is an off-camber downhill path at the backroads of Magallanes that resembles the number 7. It’s Perfect place to test someone’s skills with their big adventure bikes.

A wall situated along the Magallanes-Nasugbu highway (still under construction). A small Philippines Air Force camp is on the other side of this wall, hence the name.

Found in Magallanes, Cavite, it is a very steep wall deep in the jungle. It is so named because it’s “showtime” every time a dirt rider tries to clear this wall. Fails will likely end up on Youtube. 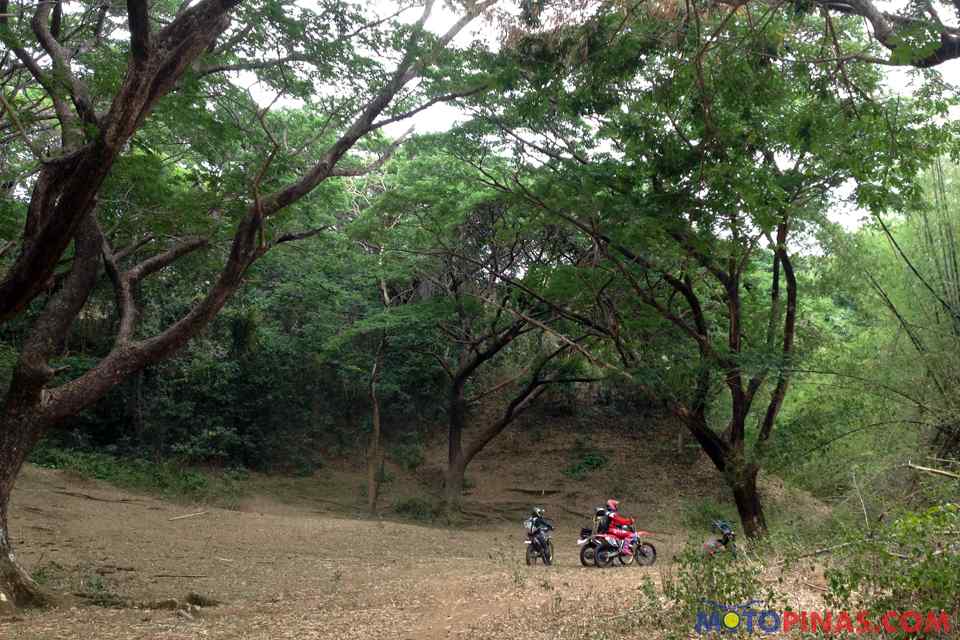 A rather difficult route because of Mahogany tree roots along the trail, it will also lead to Ka Tade’s humble home where trail riders can take a breather and enjoy some refreshments.

An uphill climb one should tackle with the same resolve and ferocity of a Japanese warrior, yelling “Banzai.” The trail gods will not accept anything less.

'Super Neo,' or 'Ka Neo' de Jesus to those who are close to him, is one of the true hard-core trail riders from Bulacan. This hill was an unknown hill with no trail in its immediate vicinity before. He and his group made the pathway through this jungle, earning the honor of having it named after him.

Yokona is a Filipino play of words for ayaw ko na ('I don’t want to do it anymore' or 'I surrender'). It is two hills, which sometimes take trail riders the whole day to clear, with most exclaiming in resignation, “Ayaw ko na!” If the first doesn't get you, the second one definitely will.

This was a famous movie slur from actor, Ramon Revilla Sr. during his heyday as an action star. Though Revilla has never ridden this trail, the path just so happens to be near Ka Teteng’s (a resident and friend to trail riders) humble home inside the jungle. 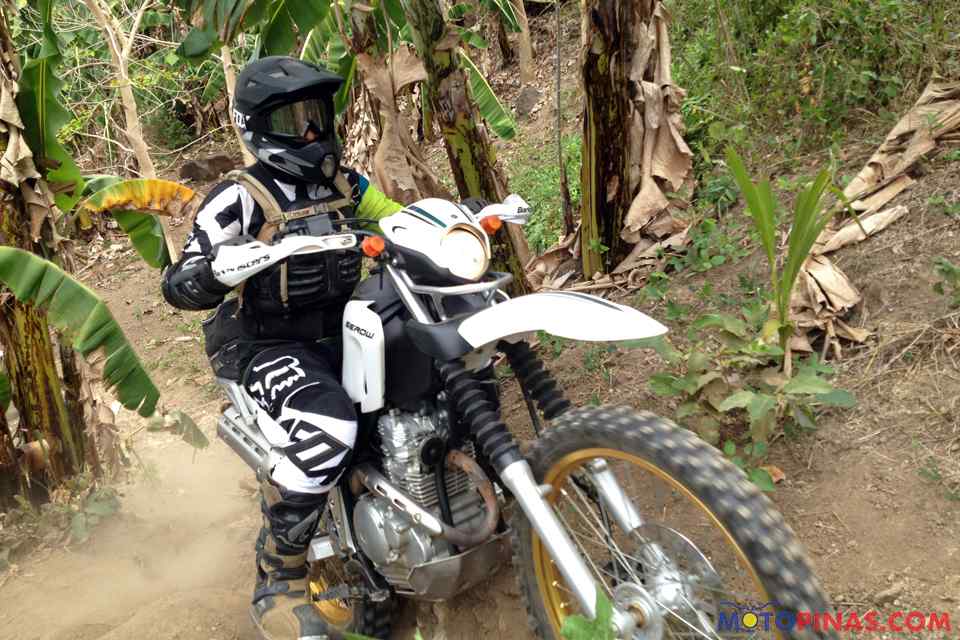 Saging is the Filipino word for banana, and there are many banana trees in this area. Coming from the river, it is an uphill climb and if you are not able to clear it, pupulutin ka sa sagingan (You’ll have to be rescued from the banana trees).

Named after the Filipino expression for “life-threatening” or “death-defying,” it is not for the faint-hearted. This feature is on top of a ridge of rolling hills with a pathway just one meter or less wide. Strong winds will buffet you while riding the trail, raising the possibility of falling down ravines on either side.

I’m sure that there are so many other weird and funny names of trail sites in different areas around the country, christened by fellow trail riders. If you have some, please share it with us and if time permits, maybe we could ride and have fun on the jungle with you guys! Special thanks to Bebs & JR Apil, Francis Fajutar, Rhine & Roe Bautista and to Rhode Martin for sharing their knowledge about the history of these trail sites.

We give you the highlights of the Big Bike Expo with new brands like CFMoto and Motomorini making their show debut.