Philippine partners, JP Tuason and BMW Motorrad, brought in the school to raise the skill level of Philippine riders and improve their safety practices. The California Superbike School is a rider training program founded by former motorcycle racer and author Keith Code in 1980. Code wrote, The Twist of the Wrist riding handbook series of books, upon which many of the CSS techniques are based. CSS has trained more than 150,000 riders worldwide, a number of them now competing in prestigious motorbike racing events. The school’s accessible techniques have since led to its expansion into other countries. The Philippines now counts as one of its latest franchises, with this staging being its third sold-out event.

For this edition, CSS tapped instructors from as far as Australia, the UK and even the US to teach the sheer volume of students enrolled this year. The whole group was led by Australian lead instructor, Steve Brouggy. Motorsports photo team Picman.co.uk was also present to capture riders on track. 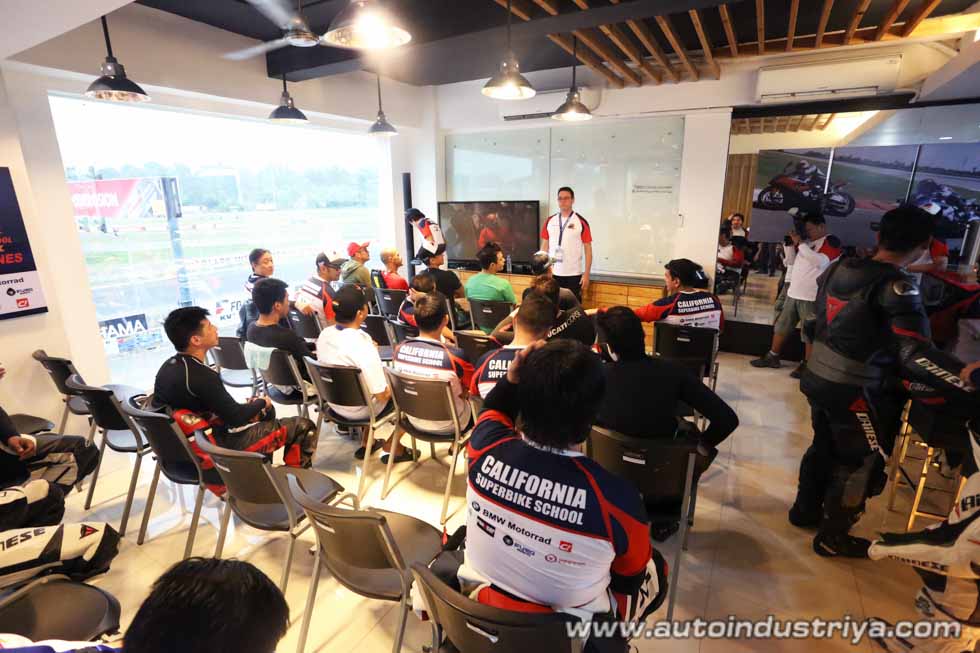 CSS offers rider training in four levels, with each level priced at PhP45,000. In Level 1, the course addresses common rider errors and improves upon basic techniques like throttle control, turn points, countersteering and rider input. Level 2 focuses on visual drills to sharpen reaction and refine rider input. Level 3 focus on the more technical aspects of rider position and tackling corners. Level 4 on the other hand is a one-to-one session that tackles each rider’s specific issues.

The three day period accommodated over 50 students per day, each in varying levels from 1-4. Each Level consists of classroom sessions, quickly followed by on-track sessions. After, riders are then debriefed on their on-track performance to quickly pinpoint any errors and work on improvement. There can be as many as five on-track sessions in a day, giving each rider a significant amount of track time. In addition, the school enforces a strict coach to student ratio with anywhere from just four to five students per instructor.

The class attracted riders from various skill levels to take on the lessons and further refine their riding. Participants ranged from beginners, amateurs, current racers, as well as a few celebrities. Even JP Tuason did not miss the opportunity to take lessons himself. 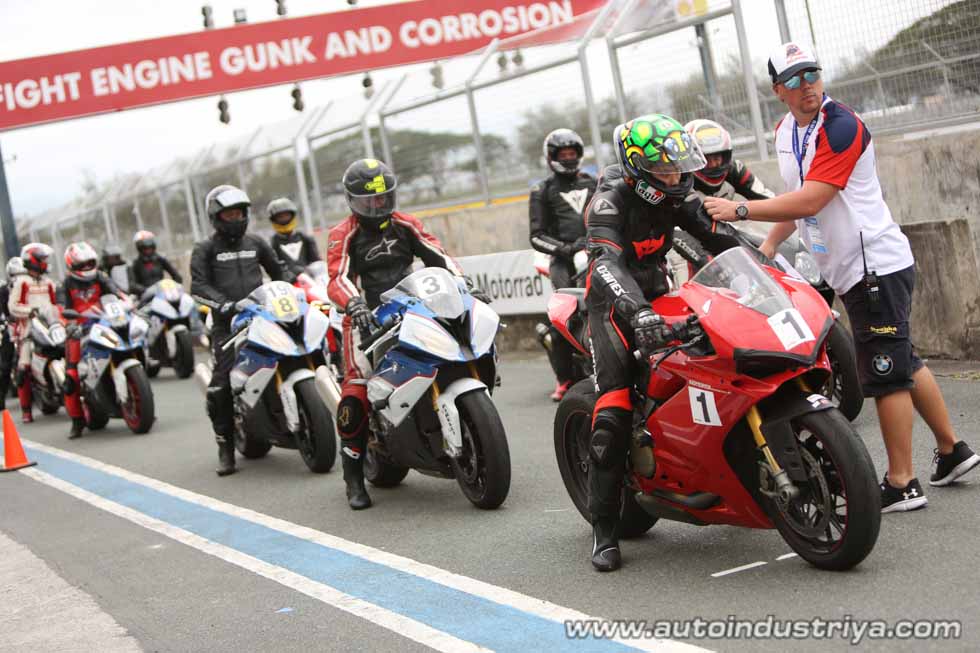 Students are required to bring their own motorcycles (not limited to BMW) and protective gear. Motorcycles and gear will have to pass safety scrutinering. There is no minimum displacement so long as the motorcycles have clutches and manual transmissions. For protective gear, the school strictly requires racing leathers, boots, long gloves and a full-face helmet.

BMW Motorrad invited members of the media to sample riding lessons. They also offered to lend motorcycles from their tempting stable to use on track, such as the BMW S1000RR and S1000XR. 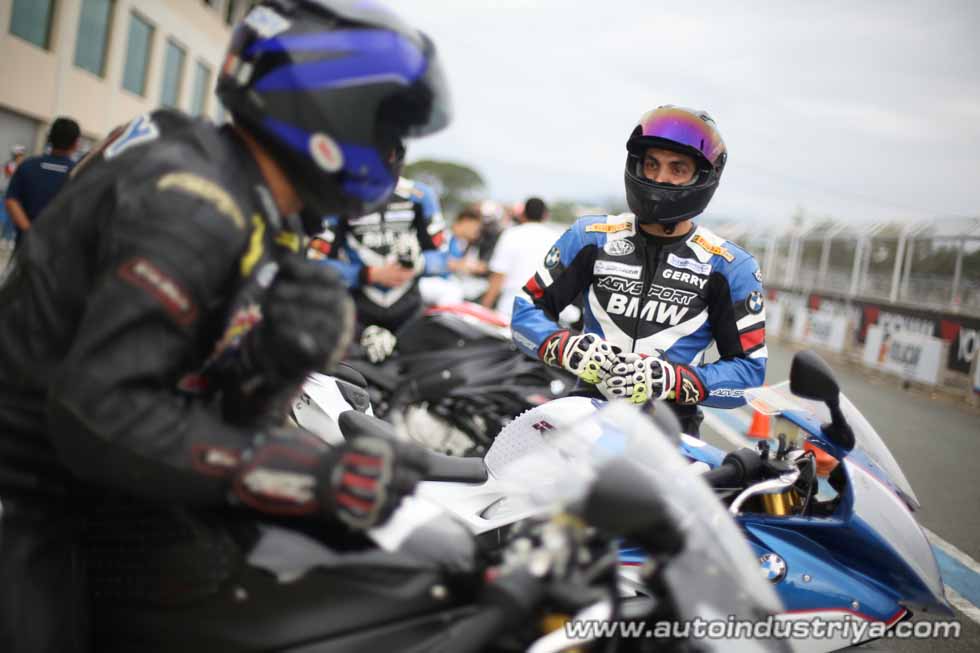 As for the class itself, it proved to be quite the eye-opener even at the having tackled the first level last year and moving up to Level 2 this year. Many of the sessions tackled, what ought to be basic knowledge for many seasoned riders. It’s the track time and one-to-one instruction that helps all the students apply the lessons immediately after and improve dramatically.

Before long, I found myself taking corners faster, using less of the brakes, and throttling on more smoothly. The class certainly helps any rider better appreciate their bike, and realize that their riding, up to that point, is still far from their bike’s limits. In addition, it provides the confidence to take on even more powerful and sensitive bikes in the future.

With the success of this year’s event, it’s almost a certainty that the CSS-Philippines will return next year for the alumni keen to take on the next level of instruction, as well as even more neophytes that want to improve their riding. This may be just the beginning, with TRS and CSS-Australia instructors planning to bring the CSS experience to more countries in the ASEAN region.

We take a look at the motorcycles of the 2016 Bangkok International Motor Show and highlight those worth waiting for. Buying a bike but not sure which one? We divine the differences between the many kinds of motorcycles out there.