We bring you the motorcycle debuts and cool bikes from the 33rd Thailand International Motor Expo. Motorcycles have been present in major auto shows of Thailand ever since we started covering them. This year’s Motor Expo featured a mix of vintage-inspired models, adventure bikes as well as sport models which recently made their global debuts at the Intermot and EICMA shows.

For the Japanese makers, Kawasaki debuted their new small-displacement dual sport, the 300cc Versys-X for emerging markets and novice riders. Also unveiled was the retro-styled Final Edition W800, which traces its air-cooled roots back to the W1 first debuted 45 years ago. The W800 will be phased out in favor for a future replacement that meets Euro4 standards. 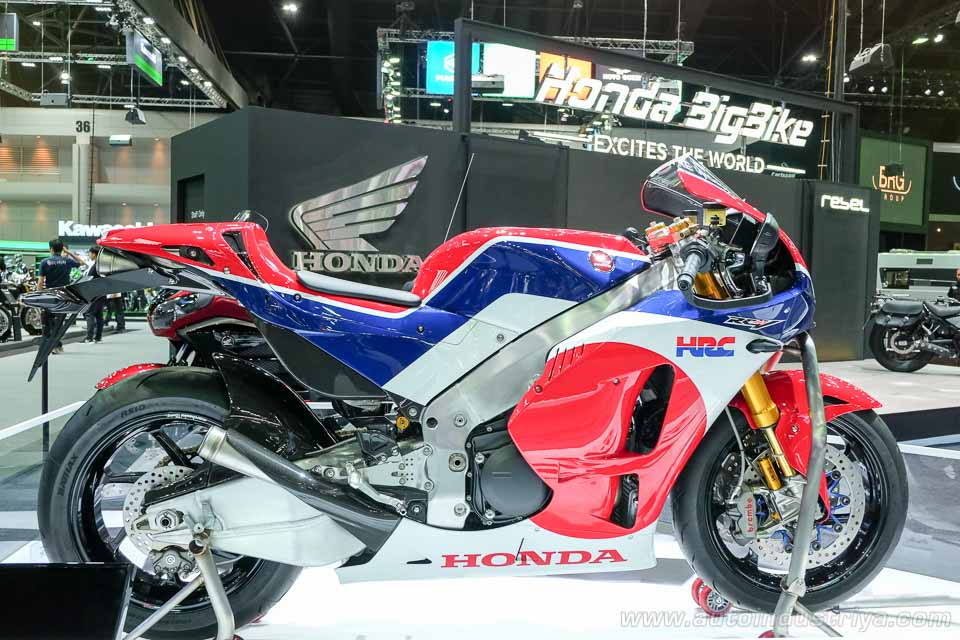 Honda debuted the new Rebel — a complete redesign of their classic entry-level cruiser which will set aside its 250 engine for new versions in 300 and 500. Also presented were not one, but two of the ultra-limited RCV-213 bikes in HRC livery and dry carbon; the MotoGP replica is full of some of Honda's most advanced material and racing technology. 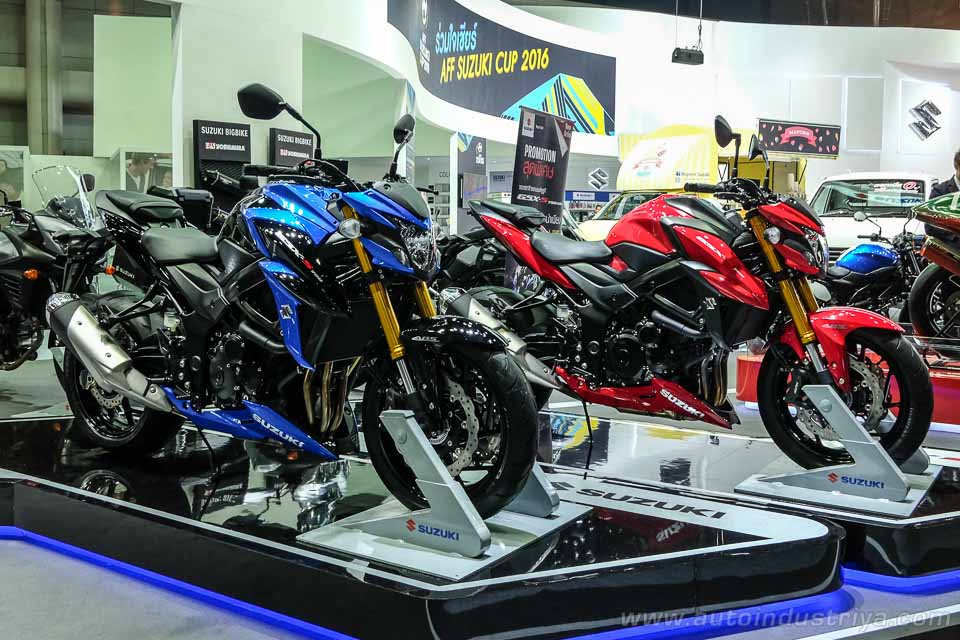 Suzuki chose to unveil the sporty standard GSX-S 750, Raider R150 underbone and the new scrambler version of the beloved VanVan 200. Displayed too was the range-topping Yoshimura Hayabusa X-1, the collectible performance motorcycle made in limited numbers for Formula X and endurance racing. 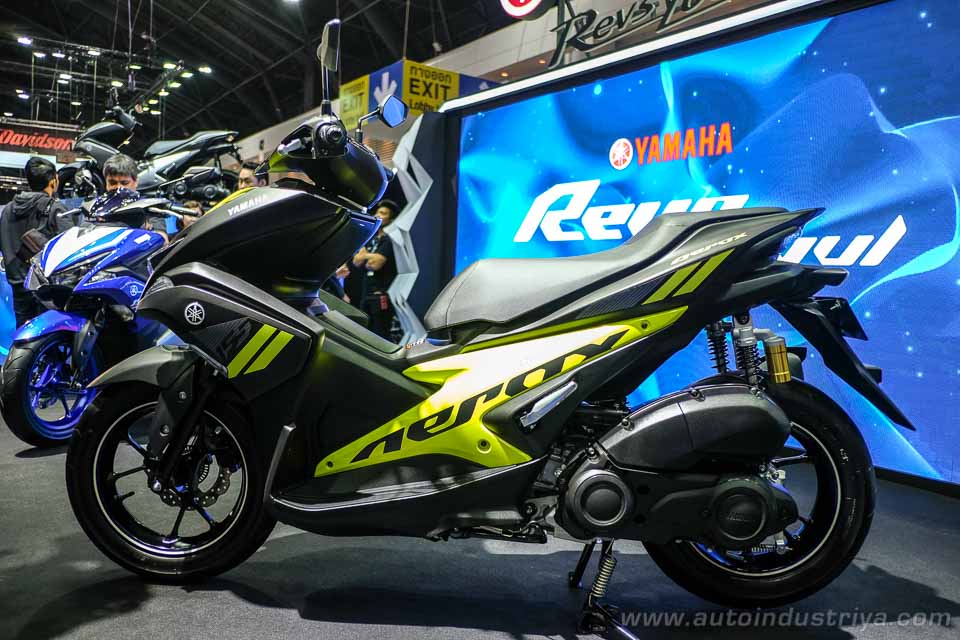 Yamaha unveiled the new Aerox 155 scooter as well as the MT-15 — the naked version of the YZF-R15 also known as the M-SLAZ. The XSR900 was there too, redefening the Universal Japanese Motorcycle (UJM) concept for Yamaha as a hip naked bike that takes its motor from the MT-09. 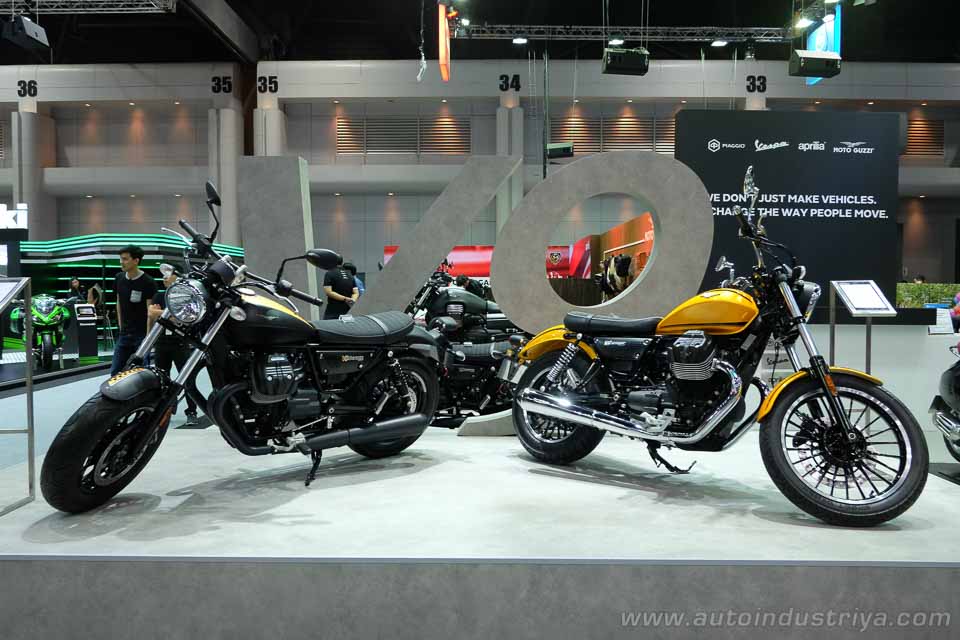 On the European front, Vespario officially marked their distributorship of the Aprilia and Moto Guzzi brands for the Thai market with debuts of the special superbike RSV-4RF (Aprilia) as well as retro youth-targeting V9 Bobber and Roamer (Moto Guzzi) models. Being the official Vespa and Piaggio distributor, they also presented the LXV 150 3Vie Safari Edition, PX 125, MP3 and Medley scooters as well.

BMW highlighted its display with the C 650 Sport and C 650 GT maxi scooters with other models like new versions of the retro-future R-Nine-T, beginner-friendly G 310 R and the R 1200 GS. 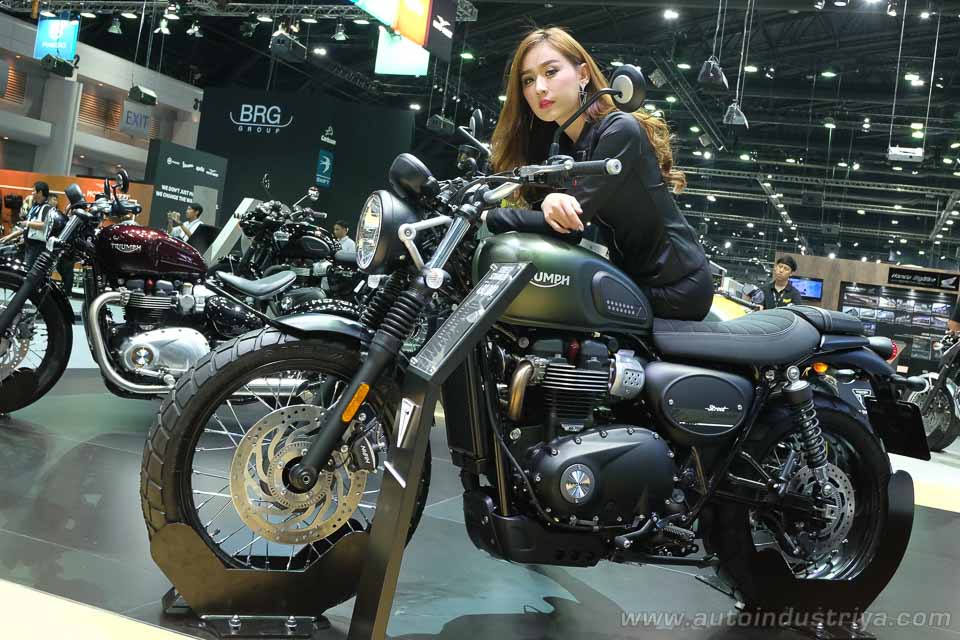 Triumph came with a bevy of new models, like the Thruxton R, Bonneville T120, and the Street Scrambler — which replaces the old Triumph Scrambler and is based on the 900cc Street Twin, with a bias towards dual-sport activities. 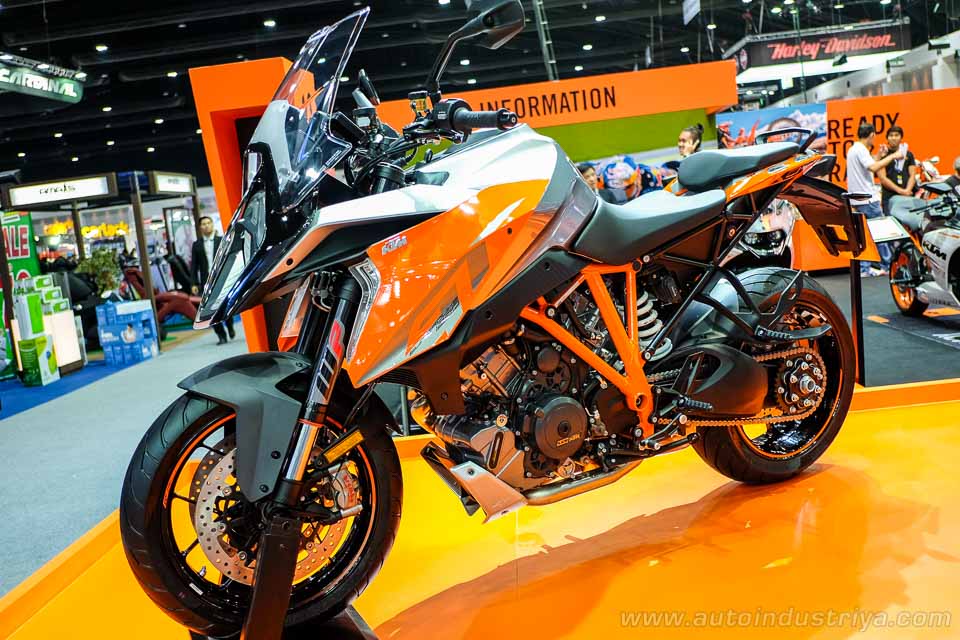 Being a considerably more mature motorcycle market for the ASEAN region, distributors and assemblers offer a variety of models for the Thai market which is mixed between lightweight to big bikes. Local assemblers such as GPX and Stallions also add to the melting pot of varieties.

Despite the toned down mood, the exciting bikes alone were enough to dazzle two-wheeled enthusiasts.

British rider Peter Hickman doubles up on his Macau Grand Prix win last year to take home the trophy for the 50th edition of the Macau Motorcycle Grand Prix.