The holiday season offers up a lot of free days for those who would rather spend their time on the saddle. For those who want a change of scenery from the city, away from the traffic, malls, and busy lives, a nice long ride can provide a much needed ‘reset’ from the monotony of the city.

Of the many beautiful and interesting destinations in Luzon, there is one perfect motorcycle ride getaway that is often overlooked: Quirino province.

Some riders from the Metro Manila might only be familiar with the place because the 2016 Ironman Motorcycle Challenge passed by this area, or as a rest stop area before heading up to Cagayan Valley. 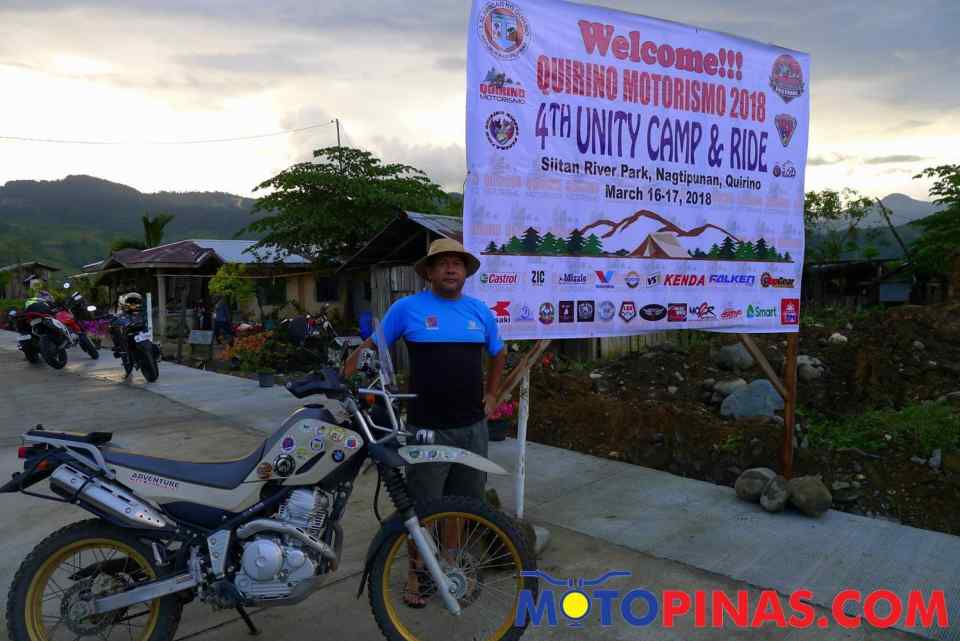 We were fortunate enough to spend more time here as part of our two-day Motorismo Festival adventure. Serving as my travel buddy was Raymund Concepcion; a man who has already traveled the entire Philippines on his motorcycle, several times.

Quirino Province is about 370 kilometers north of Manila and was named after the late Philippine President Elpidio Quirino. Among the least densely populated provinces in the country, Quirino is part of Region II, the Cagayan Administrative Region, and is landlocked between Nueva Vizcaya, Isabela, and Aurora.

There are two ways to get there: via the surfing town of Baler in Aurora or via Cordon in Isabela. Depending on weather and traffic conditions, a big bike can get there in as little as 4-5 hours of riding. Just add a couple more hours for a small bike. 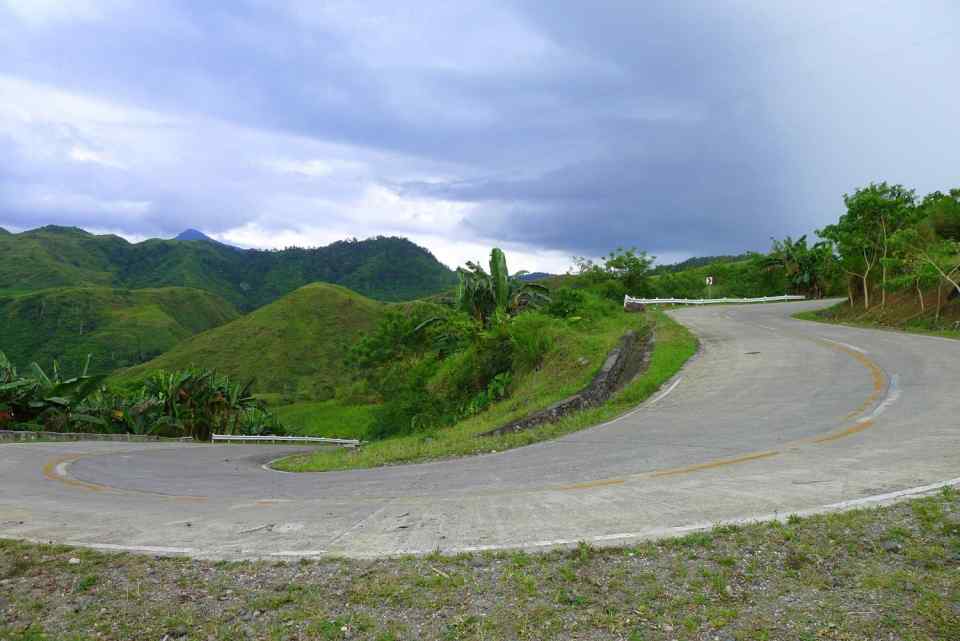 The roads are paved and asphalted, and still in good condition as there are few heavy trucks or trailers plying the area. Between the towns of Baler and Nagtipunan, the mountain pass has just been recently completed with cemented roads, making it a haven for those who love the mountain twisties.

There are no hotels yet in Nagtipunan. We recommend trying out a homestay. Serving as our home base was D’Fields homestay in Nagtipunan. Contact Tita Debbie Matias at 0906-900-0301 for bookings. 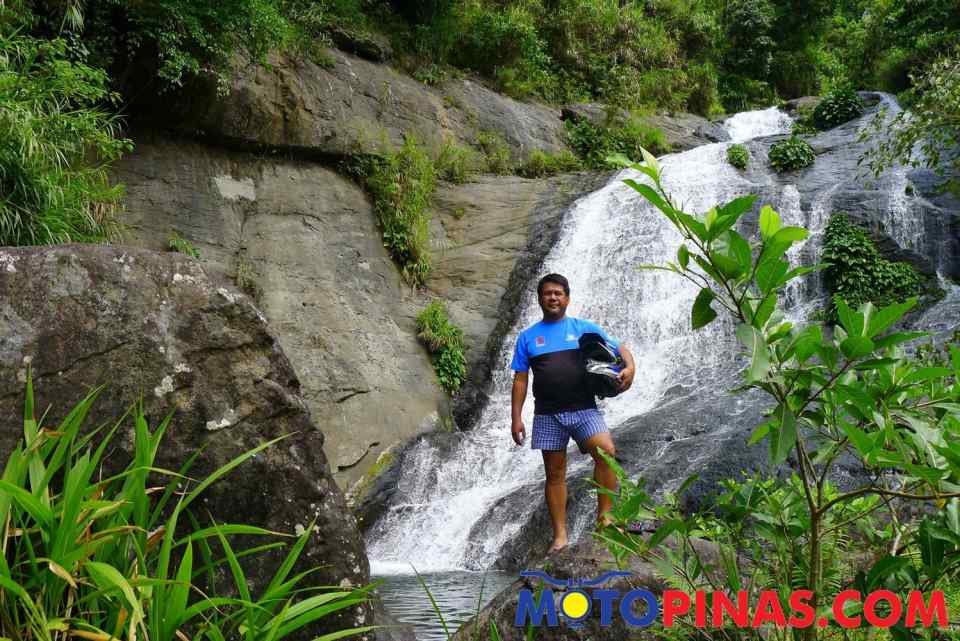 Our two-day adventure began with a quick stop in Brgy. Disimungal, Nagtipunan for the multilevel Junuan (pronounced junwan) Falls which makes for great photo ops and an appetizer for what Quirino has to offer. 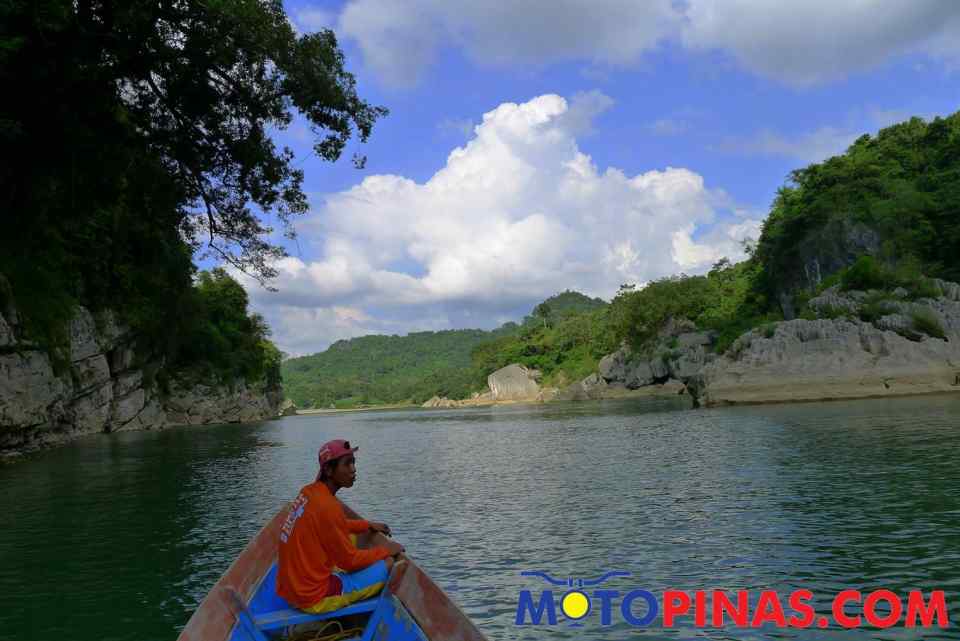 In Quirino itself, a location worth stopping at is Siitan Nature Park. The Siitan river feeds into the larger Cagayan River and is lined with towering limestone cliffs. There are river cruises offered, and don’t miss the photo op with the Bimmapor Rock Formation. 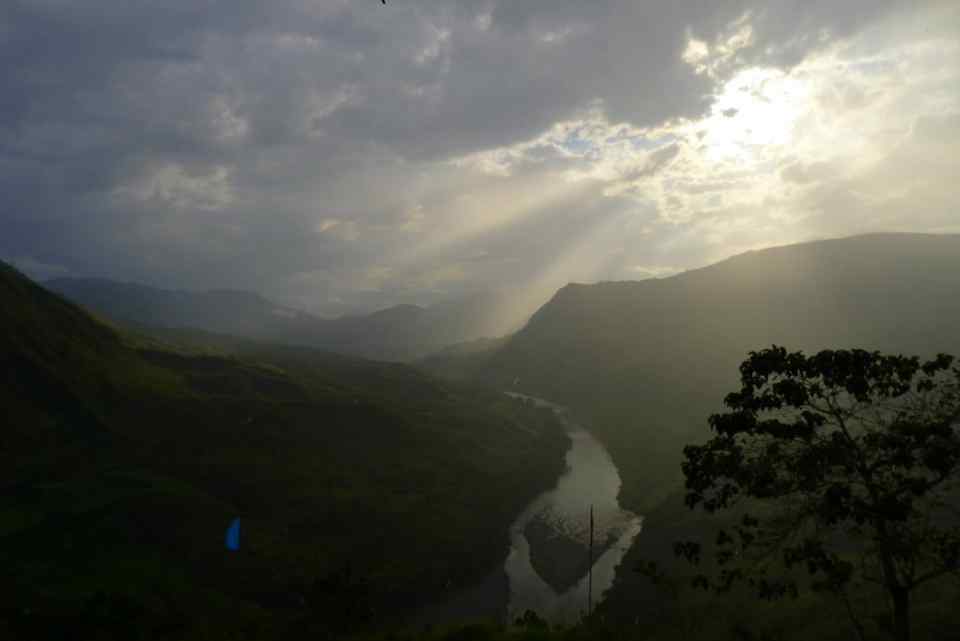 Just a few minutes ride from the town’s center was the scenic Landingan View Point. It boasts of tall cliffs and rolling hills with a river running through it. Legend has it that Landingan got its name when a group of American Missionaries ‘landed’ their biplane in the town’s valley in the 1930’s and started preaching the word of God in the last century.

At the time, head-hunting was still prevalent among warring local tribes, with the head of a fallen enemy serving as a trophy. No need to worry about that today as peace had been established among tribes and head-hunting has since been eliminated. 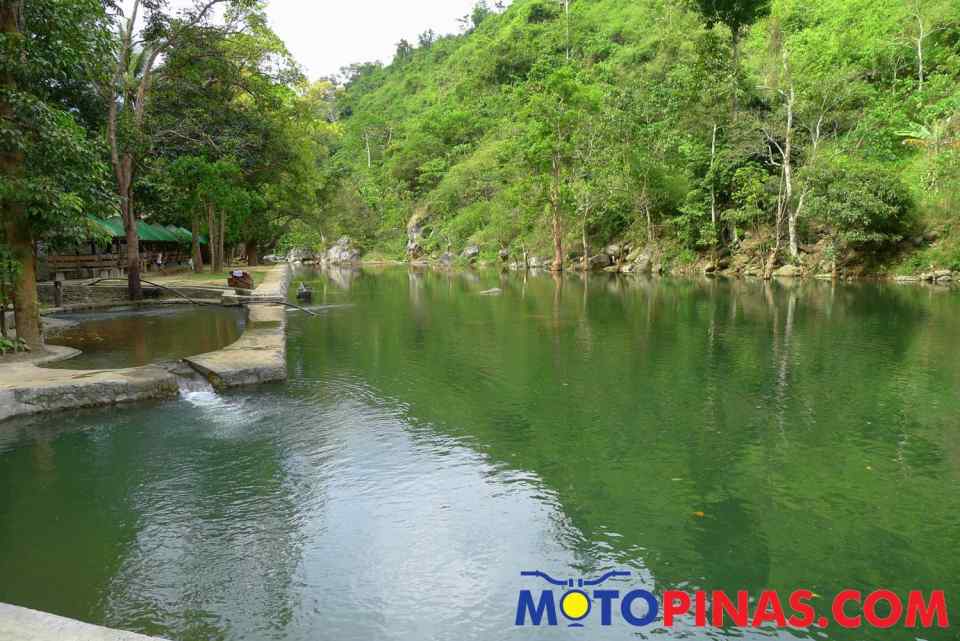 A few more kilometers down the road, towards San Pugo, is the Diamond Cave. The entrance alone was already welcoming, with a creek, man-made dam and waterfalls and swimming pools. 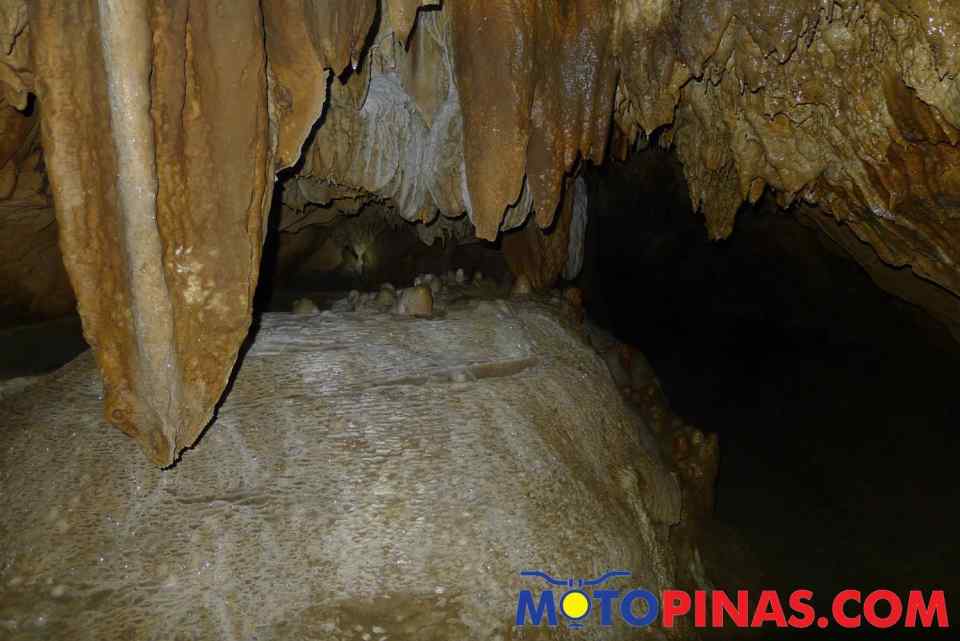 This cave is quite a sight with dripping stalactites and glowing stalagmites along with a full colony of bats inside the cave. This cave also offers adventurers an opportunity for spelunking and swimming in its 6-foot deep subterranean river. 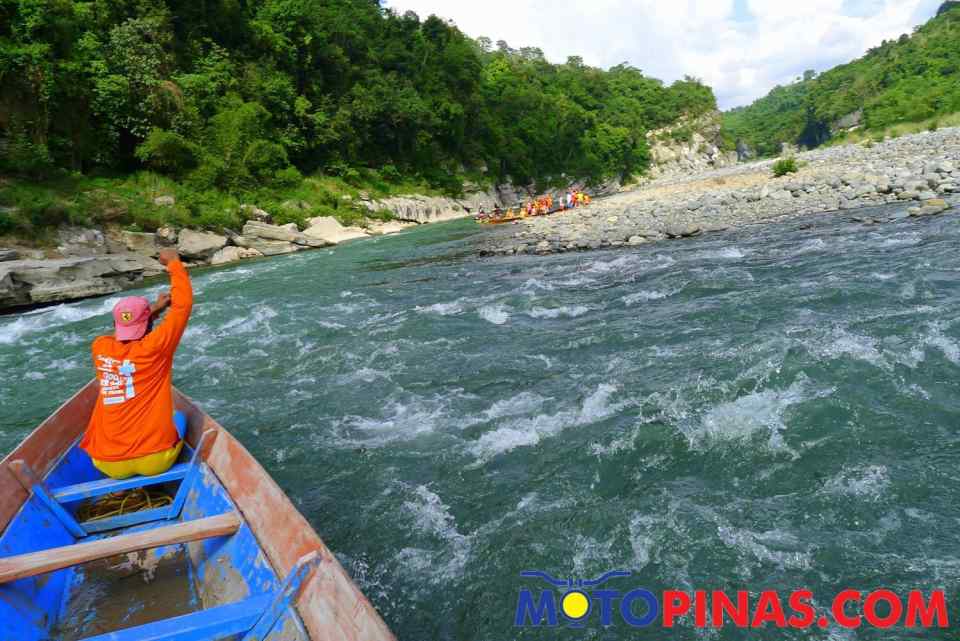 Appropriately the best destination to ‘save for last’ is the Governor’s Rapids in the town of Maddela. Like the Siitan river, the Governer’s Rapids also features gigantic limestone formations. This white-water feeds into the mighty Cagayan River and is one of the cleanest inland bodies of water in the region. 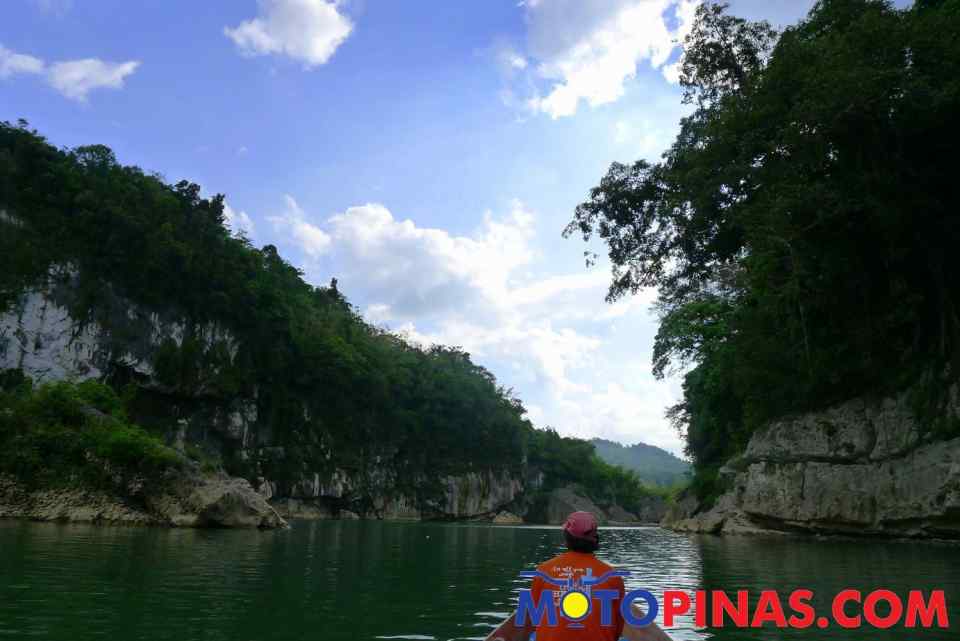 The rapids offer the best white-water rafting experience during the rainy season when water levels are high and much more relaxed rafting during the summer.

The river tour offers great sights that include sidetrips for cave exploration. 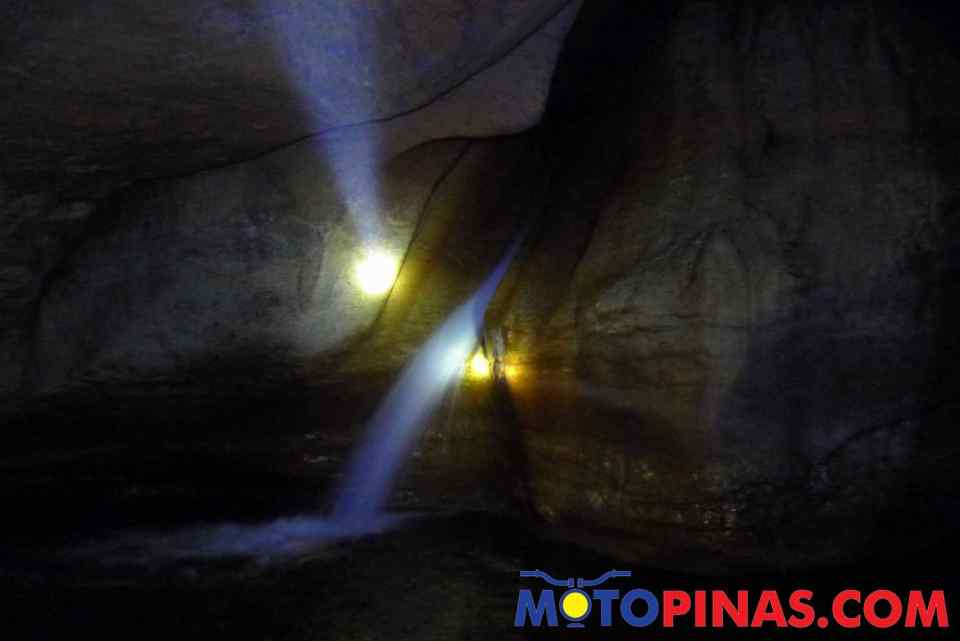 Far from your typical shallow cave which just go in a few meters, these caves go far deeper and may take a whole day of exploring and spelunking.

The river tour is well worth it as the boatmen are also the tour guides that offer little tidbits of trivia on the location. Among those little tidbits is one about the most expensive fish in the Philippines — ludong —once harvested on these waters. Sadly, due to over fishing, they almost became extinct. Thankfully though, catching ludong is already outlawed and the locals are helping the government preserve the species. 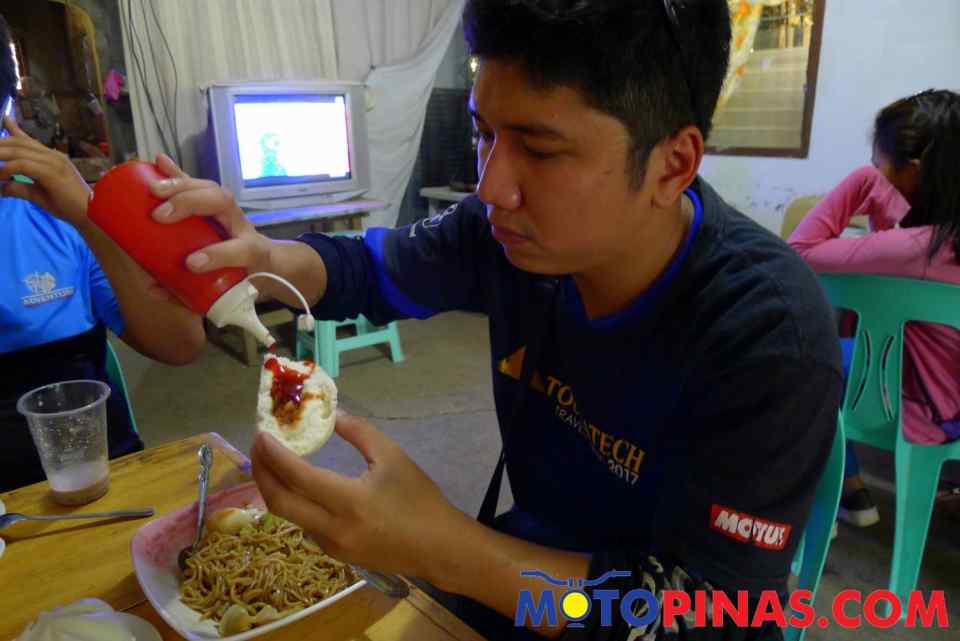 Naturally, a long ride will get anyone hungry. Upon our arrival, in the town own of Nagtipunan, we opted to sample some local cuisine. One of the specialties is Pansit Cabagan — originally from the town of Cabagan, Isabela and paired with the soup of carabao meat — served with siopao (Chinese rice bread with beef stew filling), with banana catsup to taste. 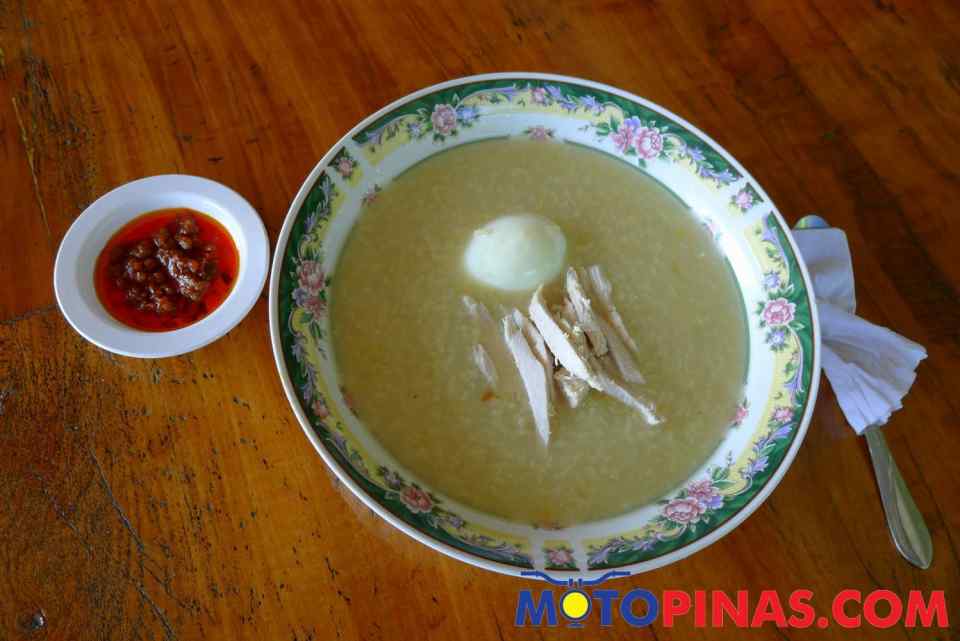 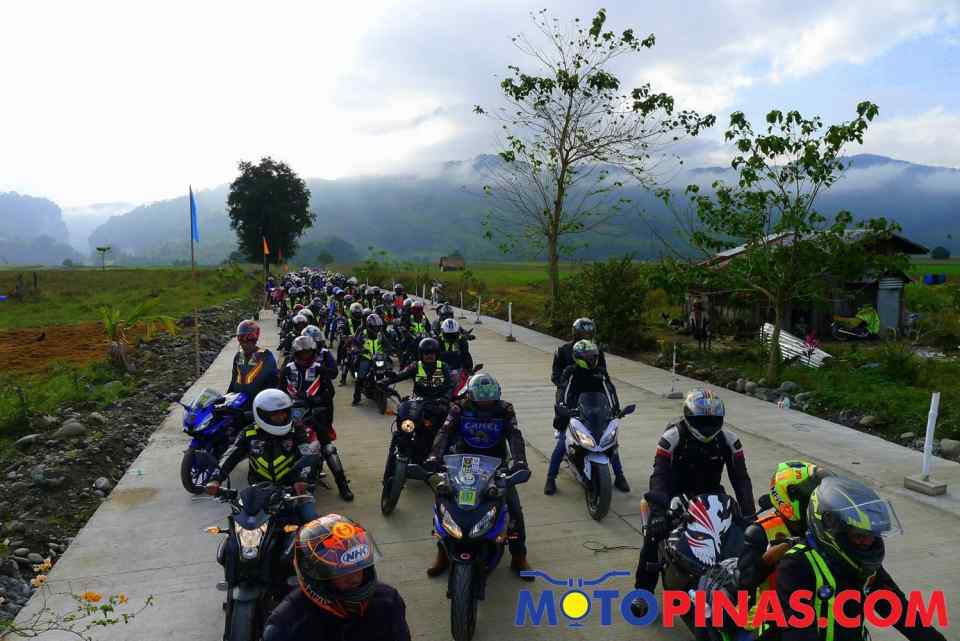 We began our second day in Quirino early with the Quirino Motorismo Unity Ride that had drawn close to a thousand motorcycle riders from all over Luzon. 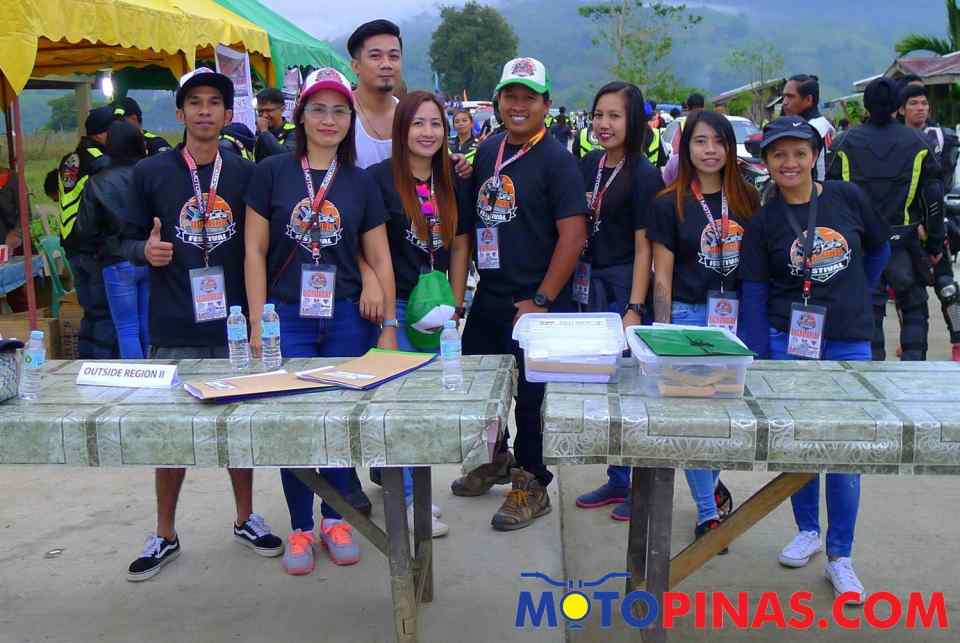 The motorcycle riders just came from an all-night party sponsored by the Province of Quirino at the river basin of Siitan. Our friends from the Department of Tourism Quirino, led by Mr. Orlan Baliton, haven't slept yet at the time but were in high spirits because of the thousands of riders who supported the event. 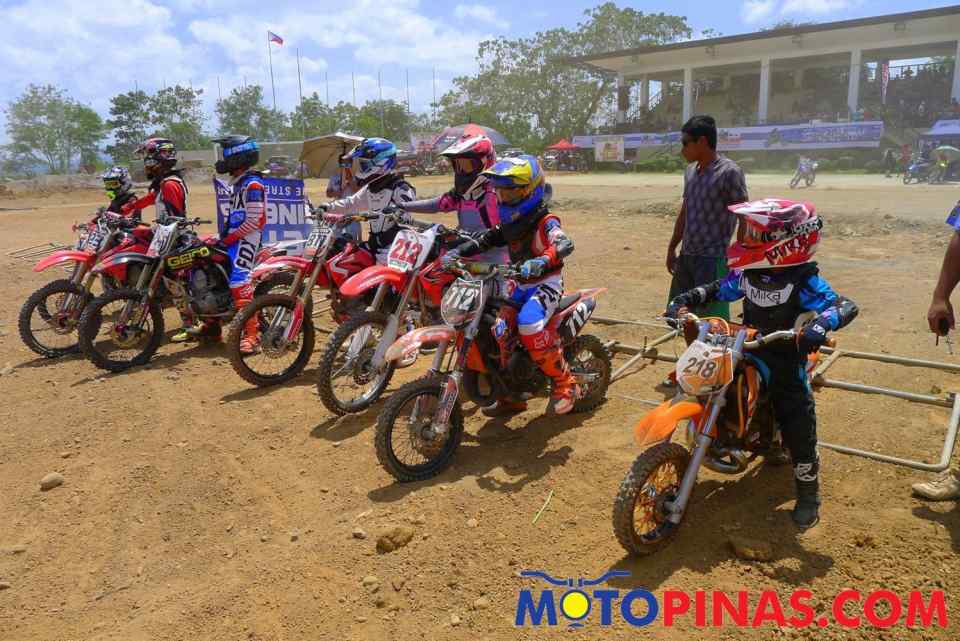 By afternoon, we headed to the province’s capital, Cabarroguis, for the motocross (MX) festival. Composed of several MX events, from races to freestyle event, it features motocross stars, Glenn Aguilar, his son, and an ensemble cast of high-flying free style motocrossers (FMX) from abroad. They go head-to-head for the culmination of the Quirino Motorismo.  The motocross fest alone gets locals walking as early as 4 AM just to see the spectacle. 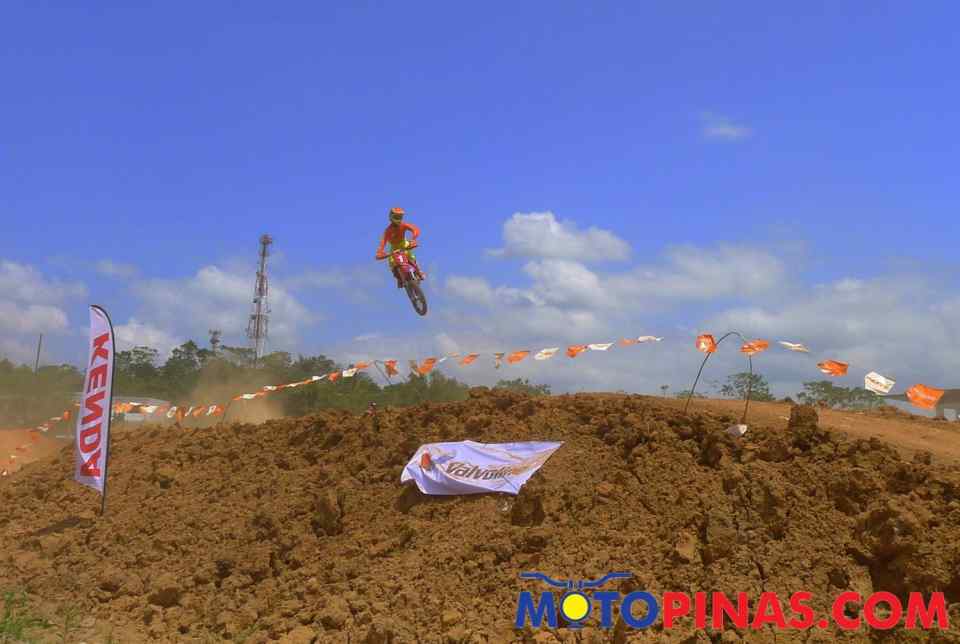 “It’s always been an annual event here in Quirino province and the people are always warm to us. It draws 20-30 thousand people annually so we also brought the new sport of FMX and rider, Billy Kohut from Canada, here and the people are loving it!” said Glenn Aguilar. Aguilar himself had just bagged the trophy for his category.

Later that evening, a motorcycle 24-hour endurance challenge was about to take off with hundreds of riders eager to ride a 1000-kilometer route.

A trip too short

As the day came to an end, so did our adventure. It was really bitin (too short) to say the least, as there are still tons of places in Quirino to be explored. Our group wanted more, but our wives and work were calling us back home. But we are sure to visit Quirino again, maybe this holiday perhaps.

We wish to thank our friends from the Department of Tourism Quirino Province, Governor Junie Cua and the People of Quirino for the warm welcome. Mabuhay kayo!

For more information, please visit www.quirinoprovince.org or contact Mr. Orlan Baliton of the Department of Tourism Quirino at 0935-914-1007.\

We join Suzuki and Wheeltek for their first V-Strom Sagada ride, through the twisty roads of the Mountain Province. Ducati lets us try out the Panigale V4S, it's most powerful and most intelligent track-ready street bike yet.