The gearheads over at Bikerbox, Inc. have been organizing flat track lessons to introduce the unique riding form — flat trak racing — to Filipinos. While motocross is an established sport for locals, the century-old art of drifting around a dirt oval hasn’t quite caught on. The course has tiers, with the beginner level appropriate for off-road first-timers. I had no ambitions of competing or becoming a bad-ass, dirt-flinging, stunting hot shot. What I was going for was a safe way to pop my dirt bike cherry and acquire useful riding techniques, so I joined the June 26 session at MX Messiah Fairgrounds.

Before the class, I hadn’t really ridden off-road before. Sure, I’ve navigated gravel parking lots, gone through unpaved sections of road, and taken some crude paths through the province. Ask me to join you for some trail-riding though, and I’d decline from lack of experience. After envying all the bikers who’ve accumulated dirt skills — whether for adventure or out of necessity — it was great to find a class that could start me off at zero, and with rental machines at that (so I wouldn’t have to risk my own precious bike). I get pretty nervous before doing anything remotely out of the ordinary, but turns out there was nothing to fear! It was, as you’d imagine, loads of fun. 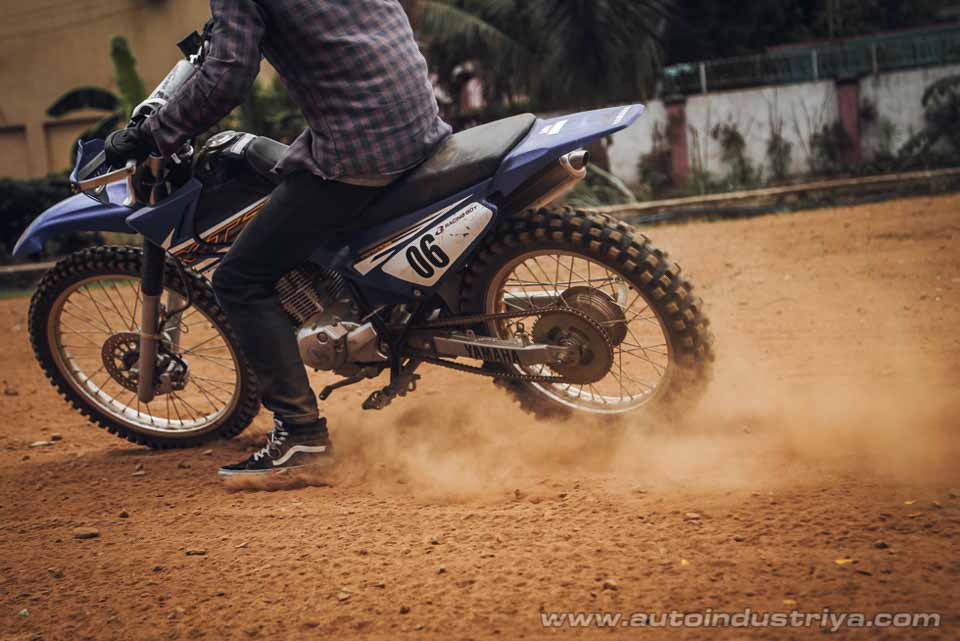 The class started off with a short spiel about the history of flat track. The evolution of the sport was closely tied to board track racing, almost immediately after the inception of the motorcycle — back then, the motorized bicycle. When machines got more powerful and the danger increased in racing on banked ovals made up of wooden boards, preference towards dirt ovals in the flat track world grew. Flat track is one of the oldest forms of motorcycle racing and is widely accepted as the longest-running; it still flourishes today. Without the humps, bumps, and jumps of motocross, flat track entails carrying speed through turns, inevitably entailing sustained, controlled slides.

The safety-certified instructor was Japan-trained Mel Aquino, who was a motocross racer for both Mobil-Honda and Shell-Yamaha in the late ‘90s. He then joined Suzuki as a field marketing coordinator/stunt rider in the 2000s — later going on to manage teams, test bikes, conduct seminars, and consult on various safety and sport related projects. Mel, who trained in the Rainbow Riding School in Hamamatsu and at the Suzuki Proving Grounds in Ryuyo, has had years of experience in safety instruction and competitive coaching. Suffice to say, he was a great teacher. 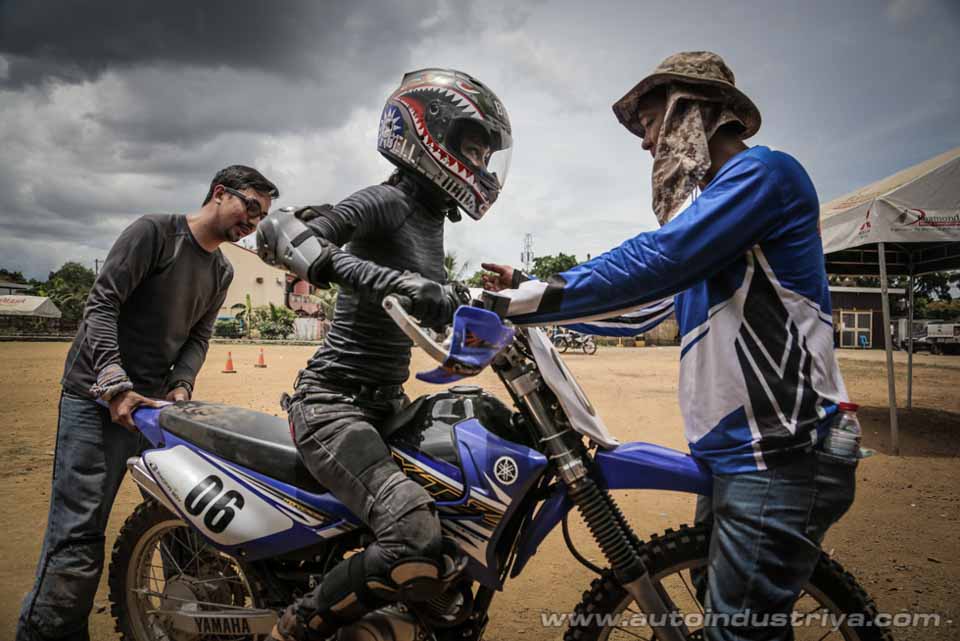 He explained the importance of riding positions on the dirt — where to move one’s body, where to hold one’s arms, and where to place one’s derrière during certain maneuvers. Some of the tips would seem counterintuitive to road-riding doctrine. For example, Mel discouraged touching the front brake lever at all. When you’re running on dirt, rear braking is preferred to avoid both sudden, undesirable weight transfer and locking up the front. Although some disciplines (like advanced trail riding) favor front braking, it has no place in flat track; flat track race bikes actually do away with front brakes altogether to shed unnecessary weight. Other valuable lessons included proper leg extension and, of course, throttle control.

I’m not going to lie. It all felt pretty awkward for me personally — but oh so satisfying. It was my first time on a dirt bike and I was relieved to learn I could comfortably reach the ground with the balls of my feet on the Yamaha XTZ 125 rentals. The intimidation disappeared. I was really digging these small motorcycles and the temptation to go out and immediately buy one of my own was strong. It took me a while to familiarize myself with the machine and terrain, doing makeshift ovals on that sandy parking lot. 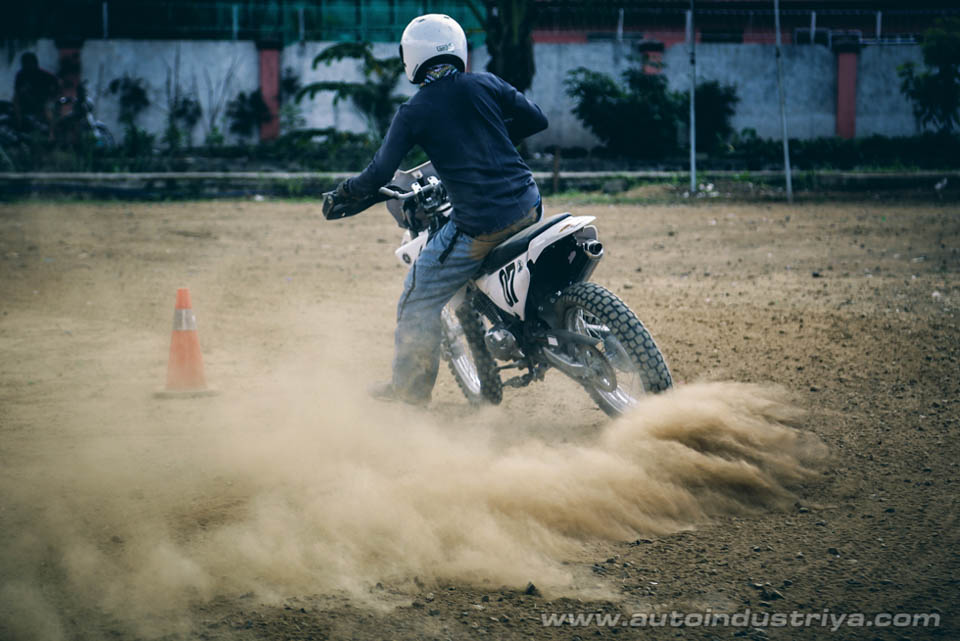 The more rounds I did though, the more speed I picked up. By the time we started doing the wide figure 8s, any significant intimidation I harbored that morning had thankfully morphed into good old concentration. I had contended with rear wheel slippage and took away a bunch of techniques that I later found myself applying on the road. A lot of the folks that previously took the course had told me, “You’ll ride your bike differently after this.” They were right. Cross-training always adds more tools to your proverbial toolbox.

Classes are usually held for half a day, with two groups of students taking either a morning or afternoon slot. The clinic is suitable for those who know how to operate a motorcycle with a manual clutch. Wear pants and a helmet. If you’ve got an open-face helmet, you may want to bring goggles or something with which to cover your nose and mouth. Don’t plan to use your own bike? Like I said, those Yamaha XTZ125s are available with a rental fee that includes elbow and knee pads. Wear boots or high-top shoes that cover your ankles — the sturdier with more ankle support, the better. Food and cold drinks are included. 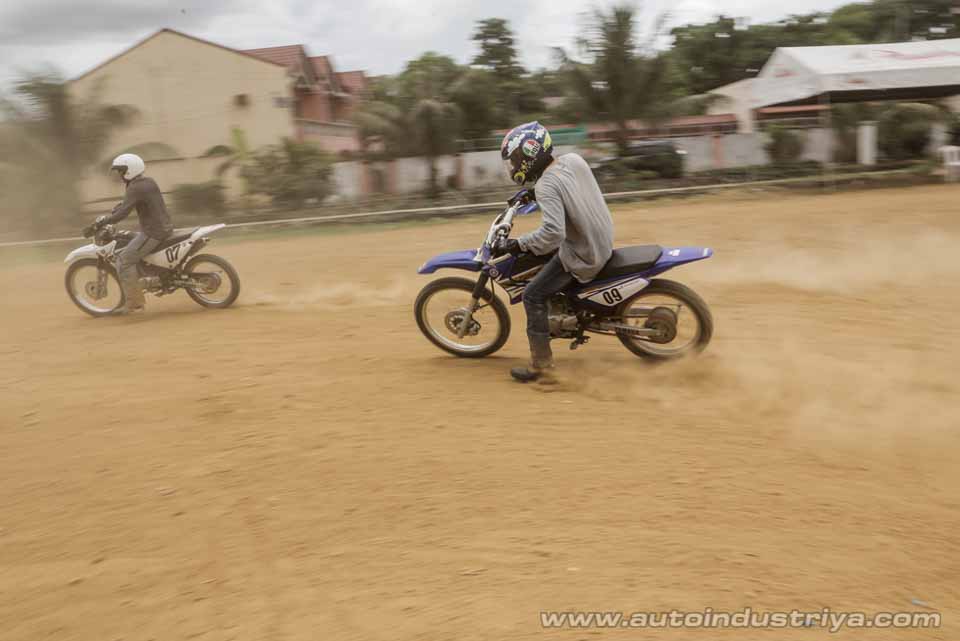 A couple of my friends showed up mid-morning to join in on our foray. They had already taken one or two of Mel’s classes, like the ‘Keep It Dirty!’ flat track race and clinic last May. With their own dirt bikes that they bought and left at the venue, they just tore it up for practice and fun. They were kicking waves of dust up with more confidence, low-siding without concern, and laughing their butts off. I was glad I didn’t fall or drop the bike at all during my runs, but in hindsight, perhaps it was because I was too careful. I made a mental note to try to push myself harder next time. Of course there’ll be a next time. Ask any of the others how easy it is to get hooked. 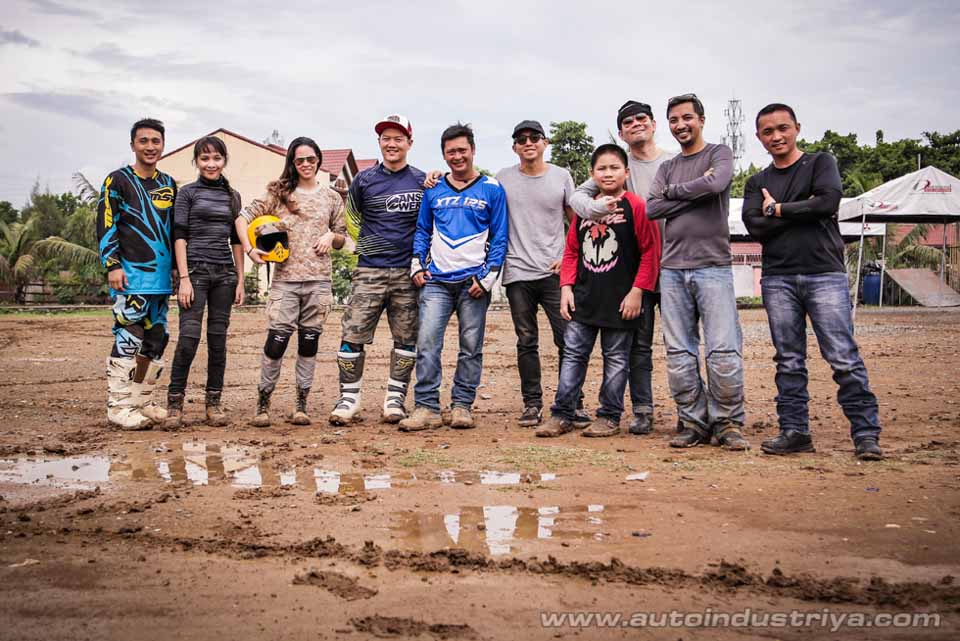 The premier custom motorcycle show, only in its second year, reflects how big the local scene is getting