Motobuilds Pilipinas 2016 was a motorcycle show where custom and restored bikes took front and center at Tiendesitas over the June 11-12 weekend. In only its second year, the number of entries and dealership displays increased exponentially.

The man behind the operation, Zach Lucero of Radio Republic, was tasked to envision an event that promoted both local music and motorcycles. He jumped on the opportunity in 2015 and created Motobuilds Pilipinas, a showcase of Filipino custom culture that simultaneously promotes camaraderie and friendly competition. 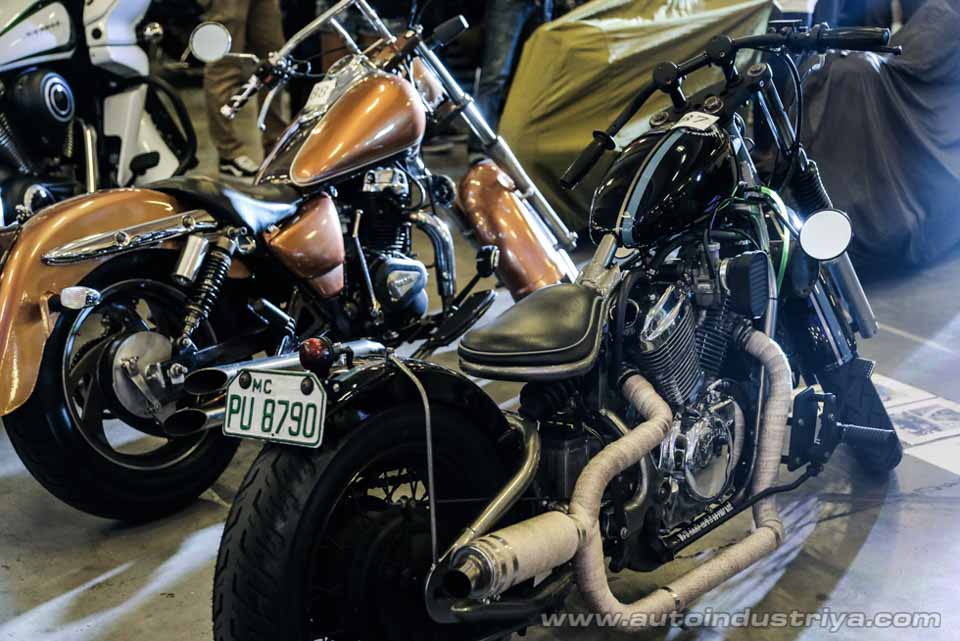 At the venue, a large roped area in the center was dedicated to various builds numbering close to a hundred. We saw some of the best cafe racers, scramblers, trackers, and brats that Pinoy talent had to offer. Beside large displacement motorcycles, old and new, commuters also had the chance to recognize their familiar 125cc and 150cc budget bikes transformed into rolling sculptures of character and panache. The entries were judged by a hand-picked crew hailing from different disciplines and positions in the motoring community. As the show’s main event, the tradition of having a ‘build-off’ was continued. 5 chosen shops were given cheap, small, and otherwise unremarkable motorcycles—tasked to turn them into eye-catching and functional works of art as well as to choose the winner amongst themselves.

Because the motorcycle show was a marriage with music, the main stage hosted live performances. On Saturday the acts included Signalgiant, The Republicats, Jonathan Sibay, Hot Rod Mischief, and Imago. On Sunday were Agaw Agimat, Neighbors, Cables & Space, and Sandwich. Flanking the custom builds were manufacturer exhibits, participating vendors, and company presentations. Guests could buy parts and accessories, mount brand new bikes for size, and test electric scooters around the area. 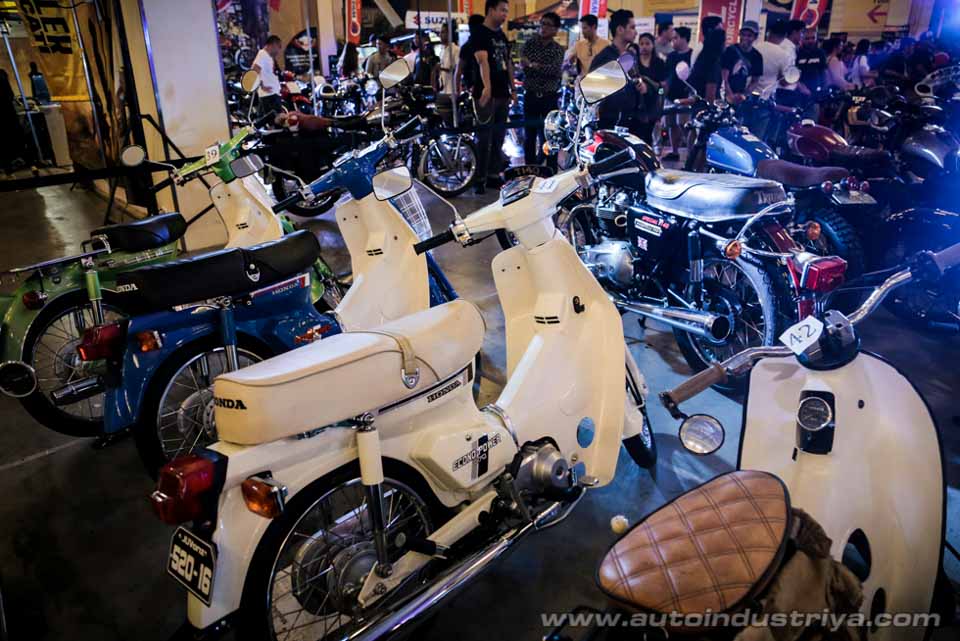 Why put up this show in the first place? Well it was about time. For the show’s main organizer, Zach, I posed the question. “I found it frustrating to just look at each other's bikes from my laptop in a (Facebook) group. It started with some ‘what ifs’. What if we have a build-off? What if we all hole up at a venue for a couple of days, have fun, get some music, drink, eat, and have bikes everywhere? And here we are,” Zach replied.

Zach has done much for the local motorcycle community. The show itself and the social media hub that birthed it have become catalysts for enthusiasts to create and experiment. Potential clients are now easily pointed to the direction of custom shops. Our motorbike blacksmiths can easily communicate in order to share ideas, input, and resources. Now Motobuilds Pilipinas has become a much awaited mark on the calendar that all of us two-wheelers look forward to each year, and a chance for our craftsmen to show off their best stuff. 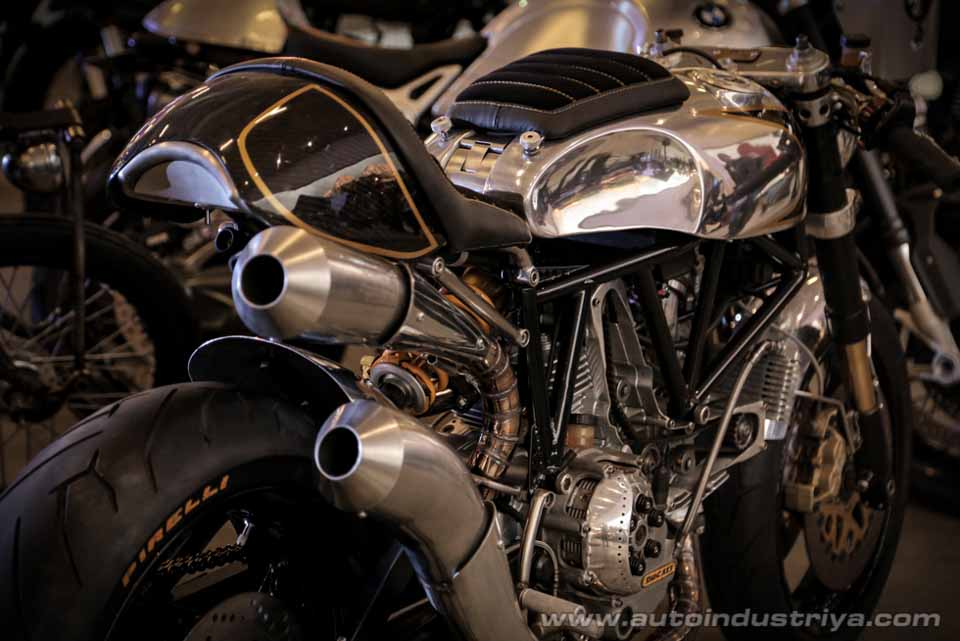 Motobuilds Pilipinas 2016 was sponsored by Shell, Motolite, and Bacardi. Zach wishes to continue supporting the industry and is calling for enthusiastic volunteers. Have a weekend free and want to spend it working around motorcycles, a diverse group of interesting personalities, and musicians? Just holler. 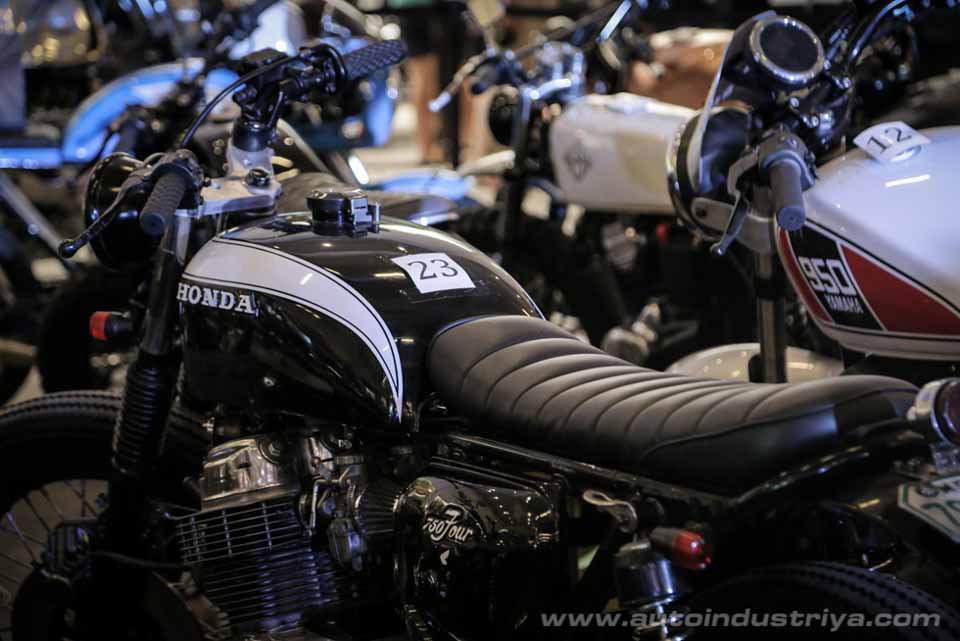 Flat Track 101: Sliding in the Dirt

Getting dirty with lessons on how to ride-and-slide over loose terrain. We chat with the minds behind the Yamaha-Kratos custom collaboration on display at new Motora Azul 1955 Cafe Lounge in Mandaluyong City.