Moto Guzzi has a special reputation in the motorcycle world, attracting a very particular segment of “old souls” in-the-know, who understand its historical significance and feel utterly compelled to join in the preservation of the unique subculture. The diehard fandom for Moto Guzzi has been frequently compared to a cult, more appropriately so than devotions to some other brands. The Italian manufacturer continues to bring new members into the fold, and I felt lucky to briefly tap into the mindset of its followers. 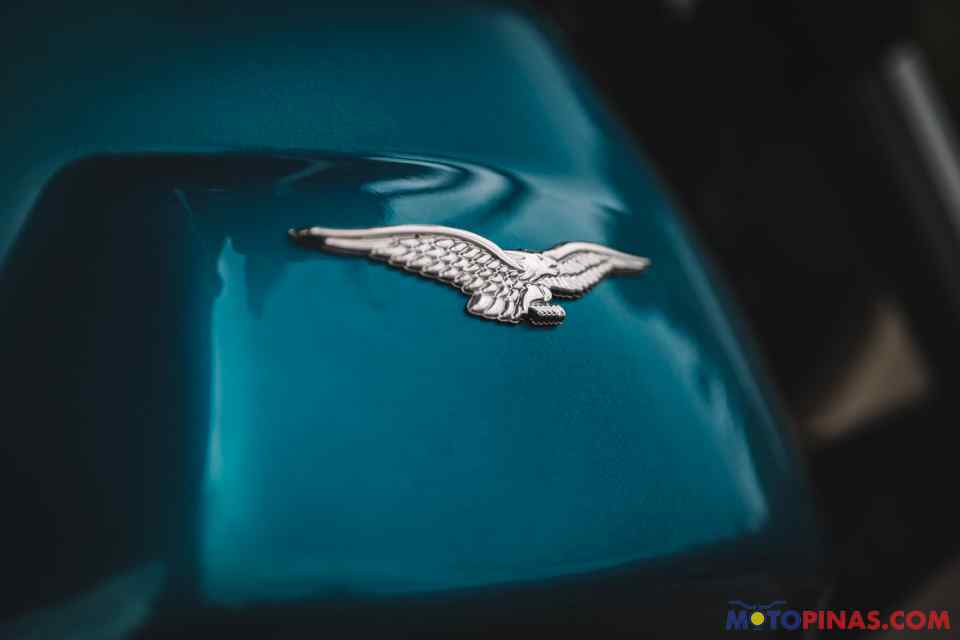 During the Great War (WWI), the Royal Army Air Service mechanic, Carlo Guzzi, made friends with flyboys, Giovanni Ravelli and Giorgio Parodi. The three Italian military men made a pact to build motorcycles together, once the conflict subsided. Ravelli unfortunately lost his life during a tragic test flight in 1919, but the dream lived on in the surviving duo. In 1921, Guzzi established Moto Guzzi with Parodi in Mandello de Lario. They developed the company’s logo, the aviation symbol of an eagle with wings outspread, in homage to their fallen brother. 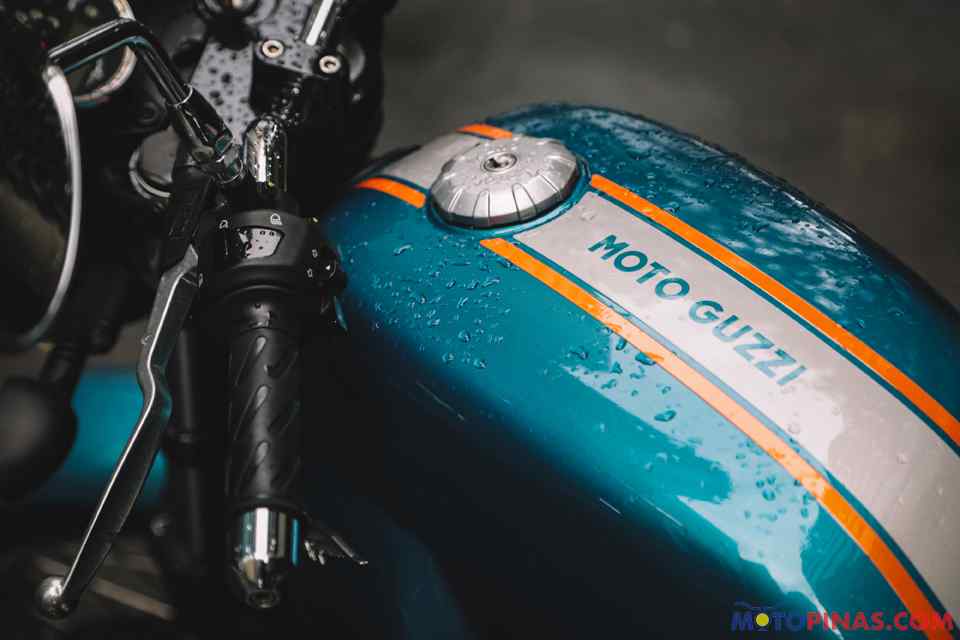 Fast forward to the V7 III Special. The third generation of the V7 commemorates the 50th anniversary of the 1967 debut of Moto Guzzi’s entry-level range. As a fitting tribute, the Special trim shines in the looks department. It is gorgeous — with its undeniably classic styling, beautifully sculpted tank, shiny chrome, bright colors, subtle but striking striped graphics, and last but not least: its engine. 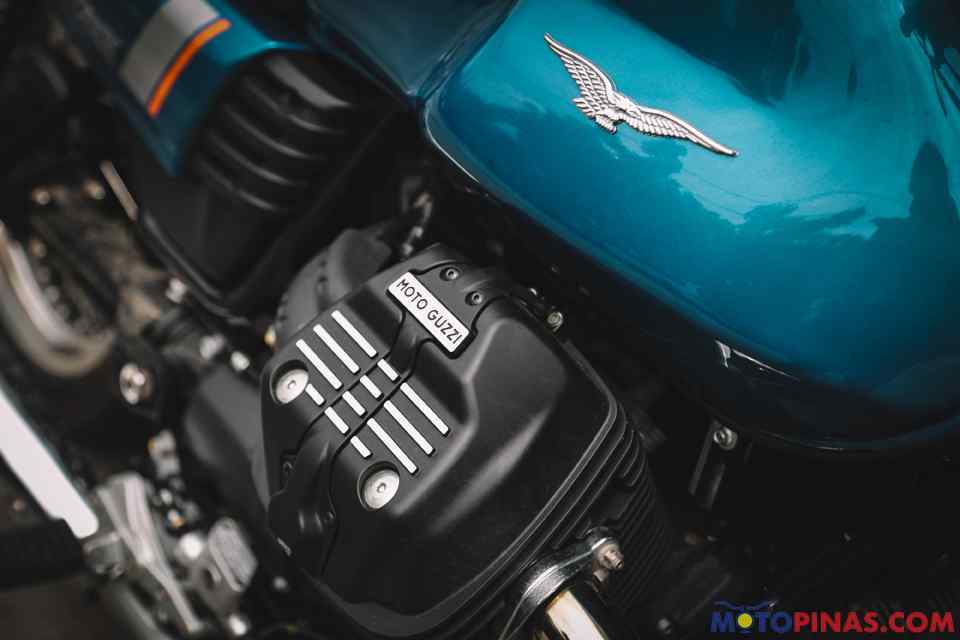 Moto Guzzi is famous for its sexy power plants which are always the centerpieces. Allow me to digress. Automotive enthusiasts may tilt their heads when many refer to a Guzzi engine as a “transverse V-twin”… You see, in the world of motorcycles, the term can sometimes refer to the horizontally opposed cylinders instead of the crankshaft’s orientation, since the latter is longitudinally mounted along the bike. This layout is my absolute favorite thing about Moto Guzzis. While other brands have offered similar formats in the past, how those twin cylinders slant sideways is a distinct feature of the shaft-driven Guzzi that’s both relatively uncommon and unusually seductive. I’ve just always been drawn to it. 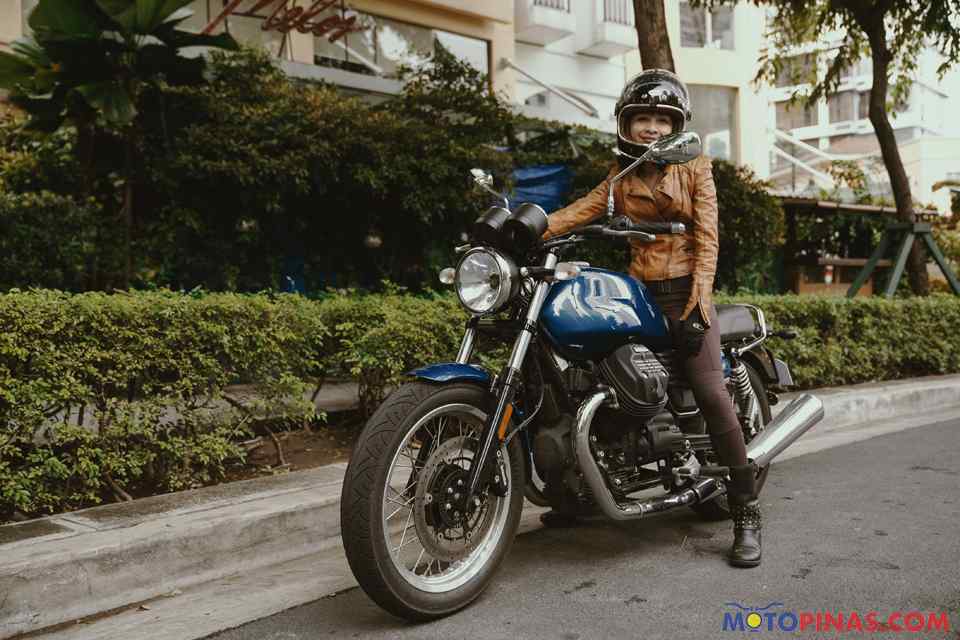 Right off the bat, the middleweight V7 III Special was incredibly considerate of short folks like me. Although the heels of my boots slightly hovered over the pavement at a stop, my feet were always secure on the ground. It may not have been as light as a feather at 213 kg wet, but it still felt lithe on the go due to its low center of gravity. Admittedly, it was a pain to roll around while off the bike — but then again, I am built like a handful of boiled noodles haphazardly glued together. The handlebars stretched out wide, affording casual maneuverability. Their location, relative to the saddle and foot pegs, provided an upright riding position. 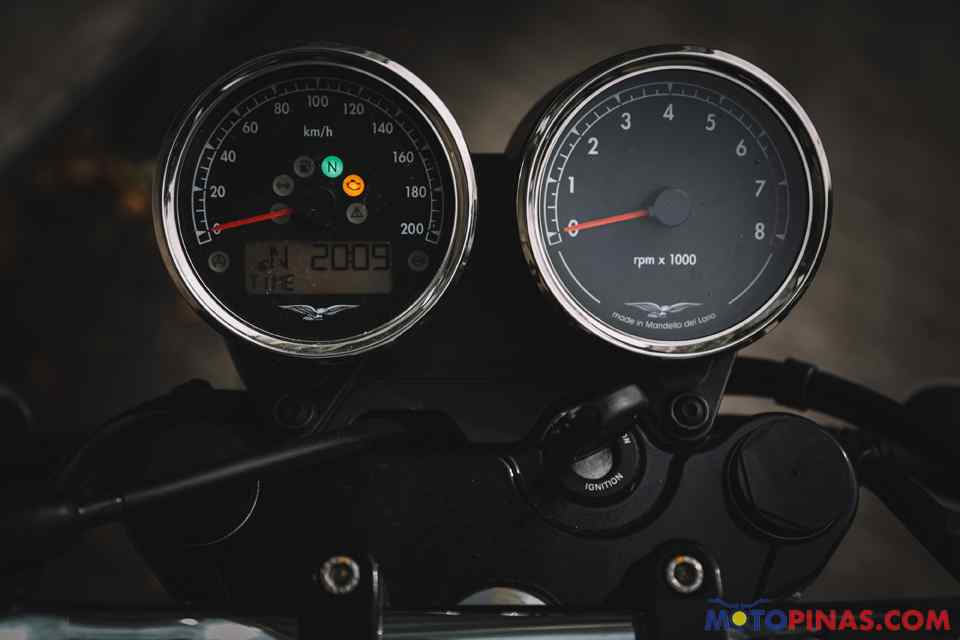 The two circular gauges were delightful and stuffed with displays — including a fuel warning light, a digital readout which reminds you what gear you're in, and a red blinker that visually screams when you should shift up, etc. Sometimes it felt excessive, but mostly it was handy. The side mirrors seemed kind of clownish, but that’s just stock vintage-minded authenticity and utilitarian practicality for you. The clutch lever was nice and easy. I hardly encountered any problems shifting gears, neither my knees nor shins were obstructed by the cylinder heads, and I felt zero heat-related concerns. By the way, this Guzzi still uses a dry clutch and it’s air-cooled (purist points)! The V7 III Special was always lovely and comfortable to ride, all things considered. 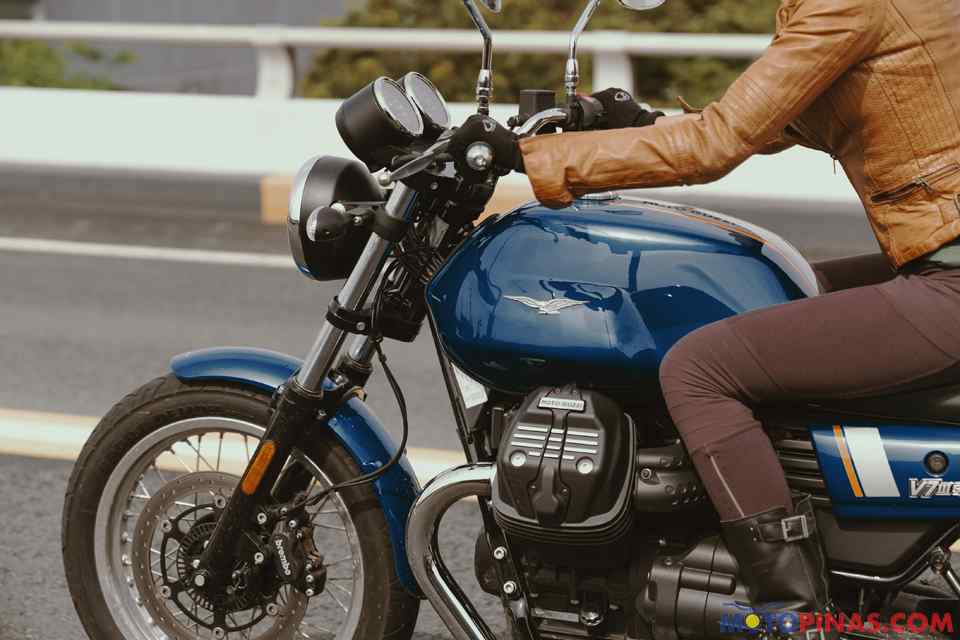 Back to that 744 cc V-twin and its longitudinally-mounted crank… It was the first time I’ve ever ridden something like that. You hear about “torque steer” from riders of BMW boxers, and the tendency of those bikes to pull to one side under a strong twist of the throttle. I guess I anticipated it so much and exaggerated it in my head, that when it finally came down to it, it wasn’t even an issue. I was told that the bike would slightly lean to the right when revved in neutral, but I wouldn’t feel anything on the road if I didn’t goose it like a hooligan. They were right. I had nothing to worry about at all! Modern technology and thoughtful internals have addressed that issue for peace of mind, without eliminating the idiosyncrasy altogether. For that, I was simultaneously grateful and amused. 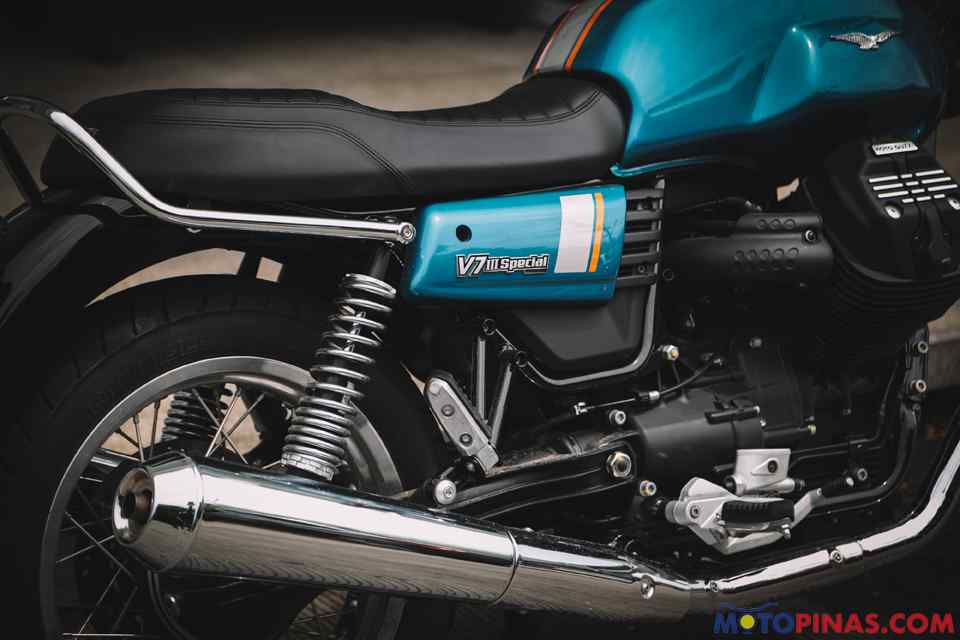 The Moto Guzzi V7 III Special gets 40 mm telescopic forks and preload-adjustable Kayaba dual rear shocks. I don’t weigh much at all, and I found that the stock settings made the ride a little bumpy over flaws on the road. I would’ve preferred a bit of tweaking, but I had no real complaints. I think heavier people might appreciate the suspension, especially those who like riding two-up. The front wire-spoke wheel is an inch larger at 18" with a 17" rear, which probably helped the Special clear obstacles and attack humps. Additionally, the weight balance was wonderful. 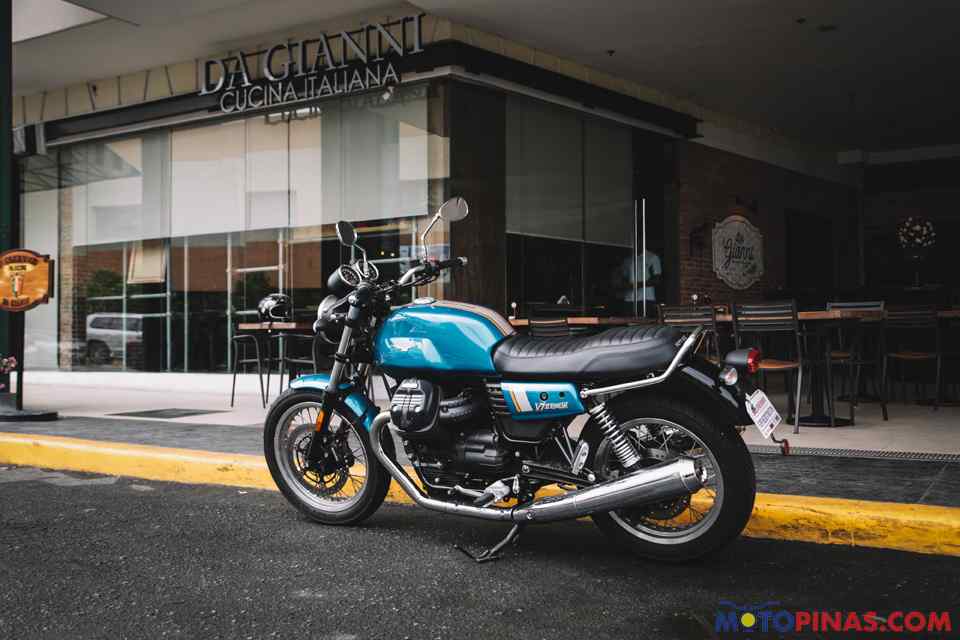 The third-generation V7 has a completely revamped engine packed with improvements compared to previous models. The torque curve has been tuned flatter for ease and pleasure, while the two-channel Continental ABS and two-level Moto Guzzi Traction Control (MGTC) were significantly reassuring. It may look like a classic standard, but the V7 III behaved similarly to a middleweight cruiser. It makes up to 52 PS at a low 6,200 rpm, with a trigger-happy 60 Nm of torque somewhere around 4,900 rpm. Engine braking was fairly strong, so reckless downshifting can raise a few hairs — hence, as with any motorcycle, mechanical empathy was required. 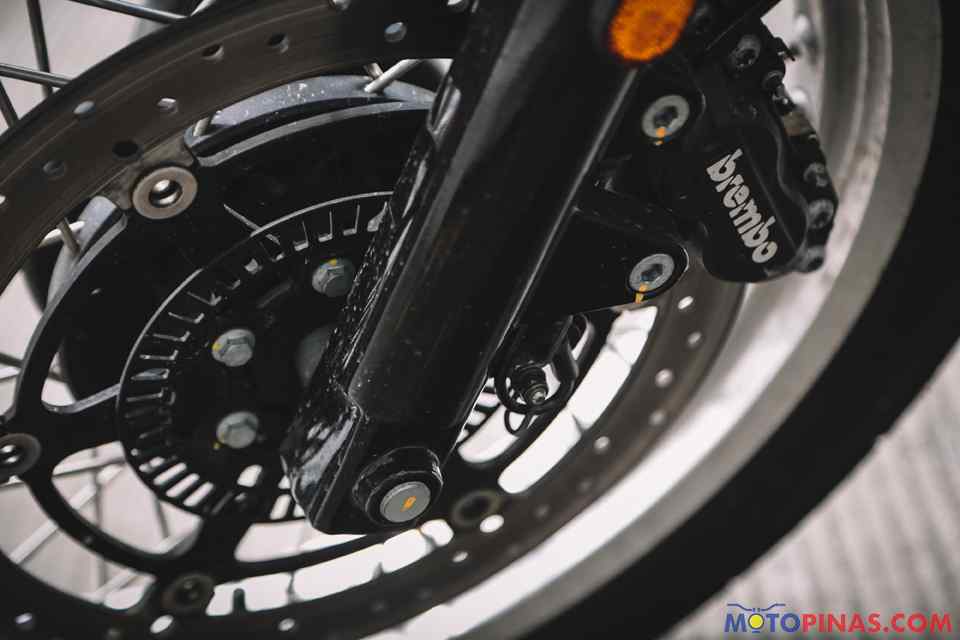 The 320 mm front disc and 260 mm rear unit were adequate, while the Pirelli Sport Demon tires were a nice touch for weaving around. At high speeds, the bike expressed its vibrational displeasure though. The Special is like an exquisite Italian shotgun, not a missile. It doesn’t cater to the impatience of speed demons, but this model is not for them. The exhausts were surprisingly sweet-sounding right out of the showroom too! 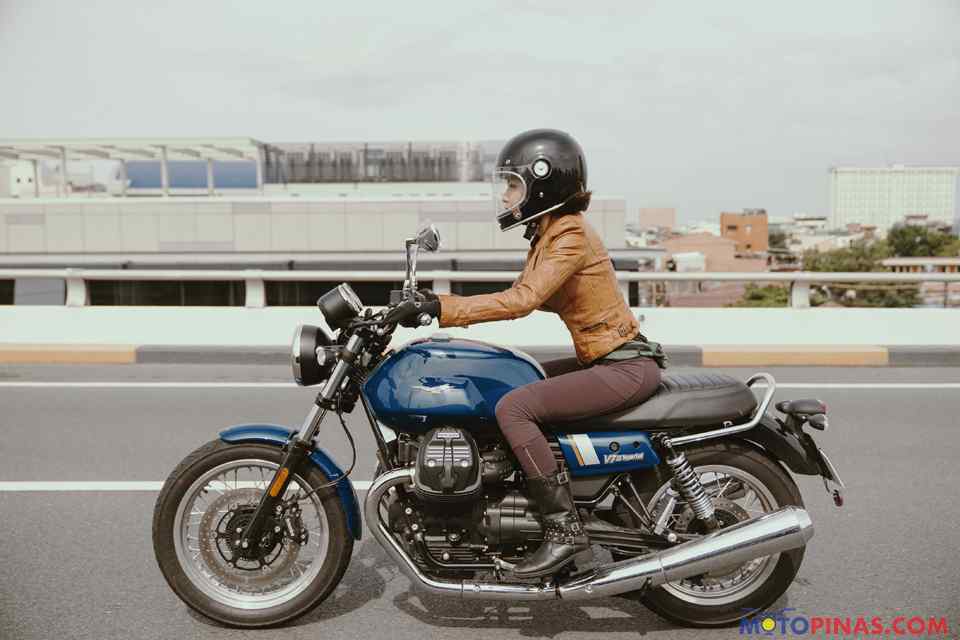 The modernity made the experience forgiving, without doing away with the Guzzi’s eldritch character. My buddy Jay put it best: “It’s smooth and spunky at the same time.” The V7 III Special was awesome riding around the city and happy-go-lucky on the highway. It would be totally suitable for a daily commuter, while shining on a weekend fun run. Moto Guzzi motorcycles are lauded as quite reliable. They come with two-year warranties, so locals can now rest easy knowing that the official dealers at Bikerbox are certified service providers with foreign-trained mechanics and a solid relationship with the Italians. 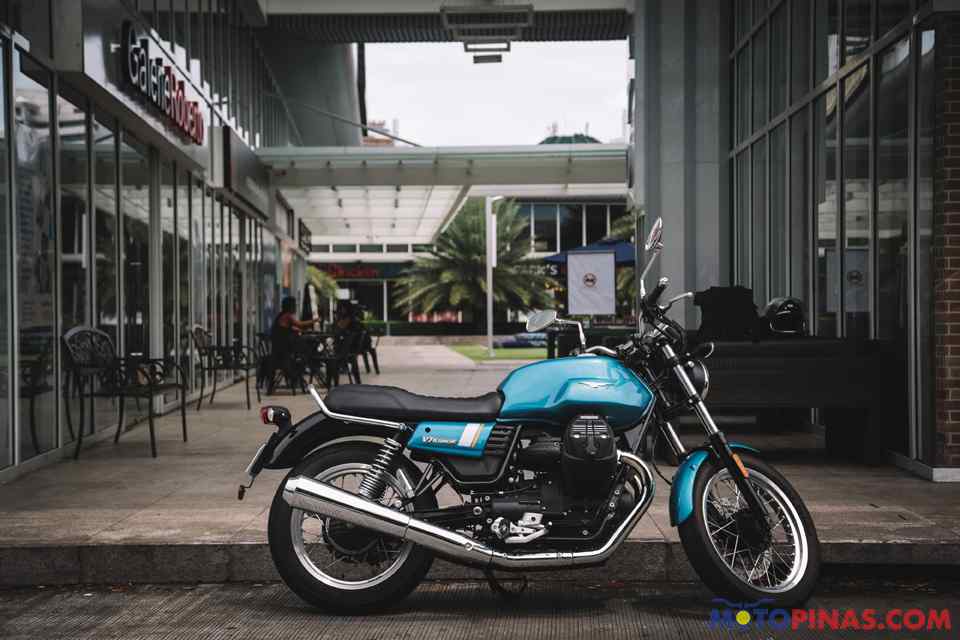 The Moto Guzzi V7 III Special was a blast, and definitely a style statement. It was a head turner — the kind that doesn’t singe the loins, but strums the heart strings… An affair not defined by heated passions, but full of mutual respect and fondness. While incorporating safety-conscious technology as standard, the motorcycle still managed to look and feel older than it actually is — which can be a pro or con depending on whom you ask. 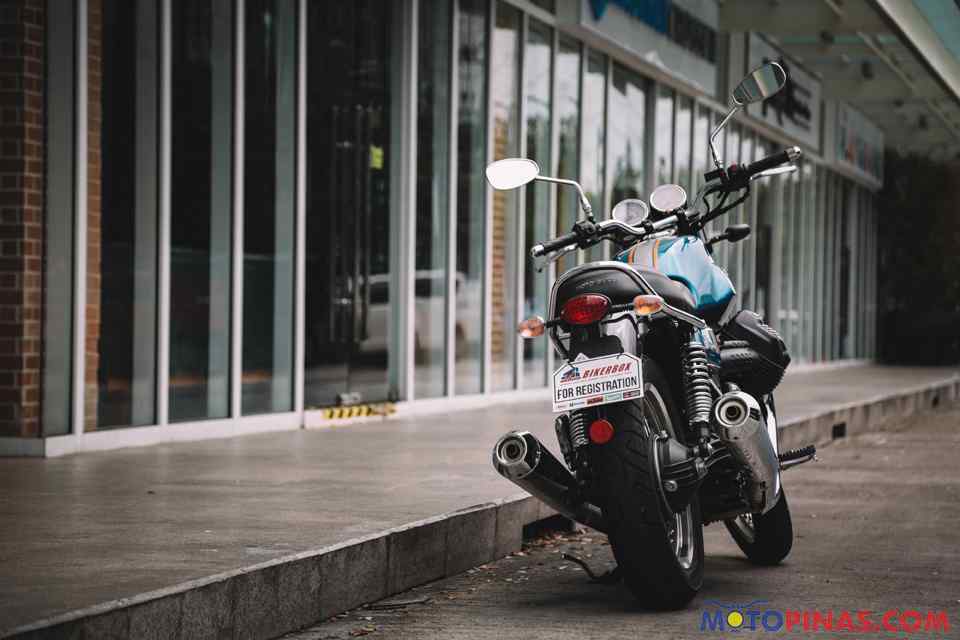 Italian engineering is known for performance-driven vigor, but Italian craftsmanship is all about tradition. The Guzzi frolicks around the blurred lines in between… To keep anthropomorphizing the V7 III Special, the young and patriotic “Mandello Eagle” deeply loves home and constantly professes a profound duty to honor its heroic elders.

Is it highway legal? Is it reliable? Brando tries out the KTM Duke 390 and answers them. Is the Raider worth going against the grain in the era of AT scooters? We review it