Once the favored bike for many commuters, the Raider R150 is slowly seeing its once dominant market share being eaten up by the new AT scooters. With traffic getting worse these days, it’s all too tempting to let a automatic do the thinking and shifting. They’re also the new darlings of many motorcycle brands, getting all the new features like LED lighting, liquid cooling and fuel injection, as well as new tech aids like start-stop systems and ABS. 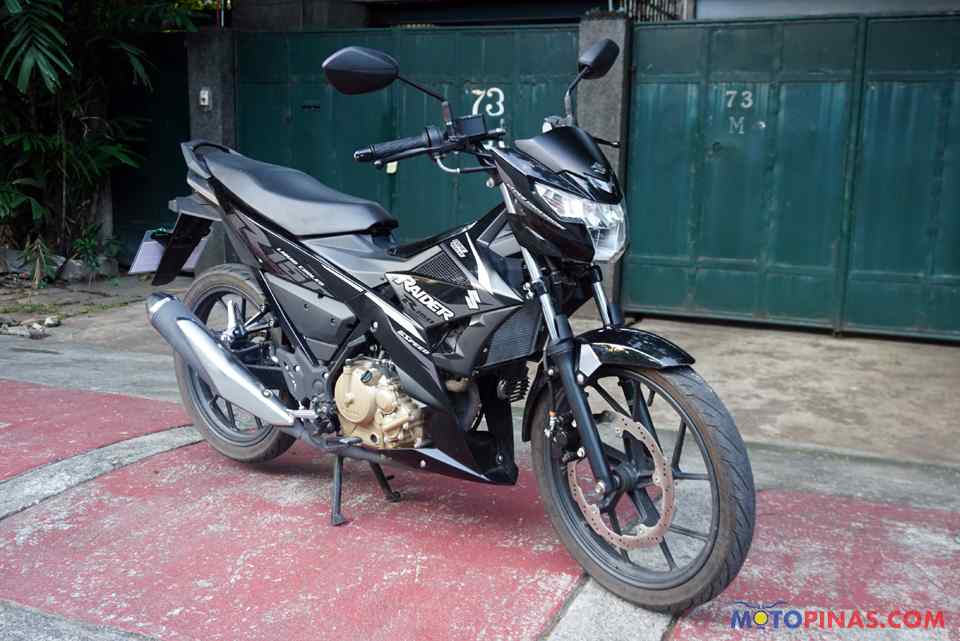 Yet Suzuki is not about to let its ‘King of Underbones’ go silently into the night. Launched last year, the Suzuki Raider R150 FI hopes to regain some ground lost to the growing AT scooter market. 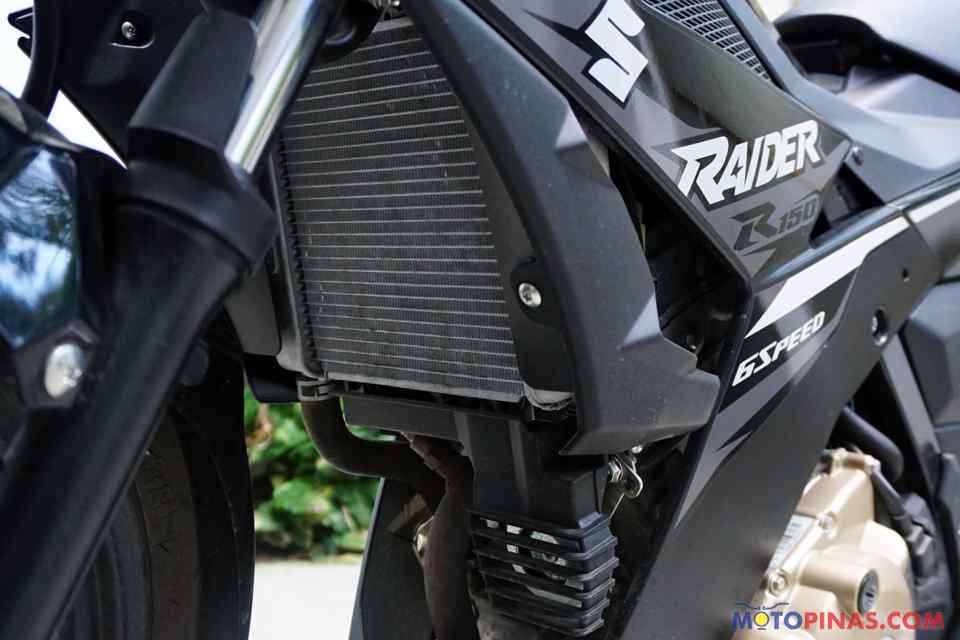 As the name suggests, the Raider R150 FI is now powered by a liquid-cooled, fuel injected engine. It meets Euro-3 emissions standards and produces 18.5-PS and 13.8-Nm, a couple more than its carbureted predecessor. It will accelerate to 100 km/h in 11 seconds and go on to a top speed of 145 km/h. 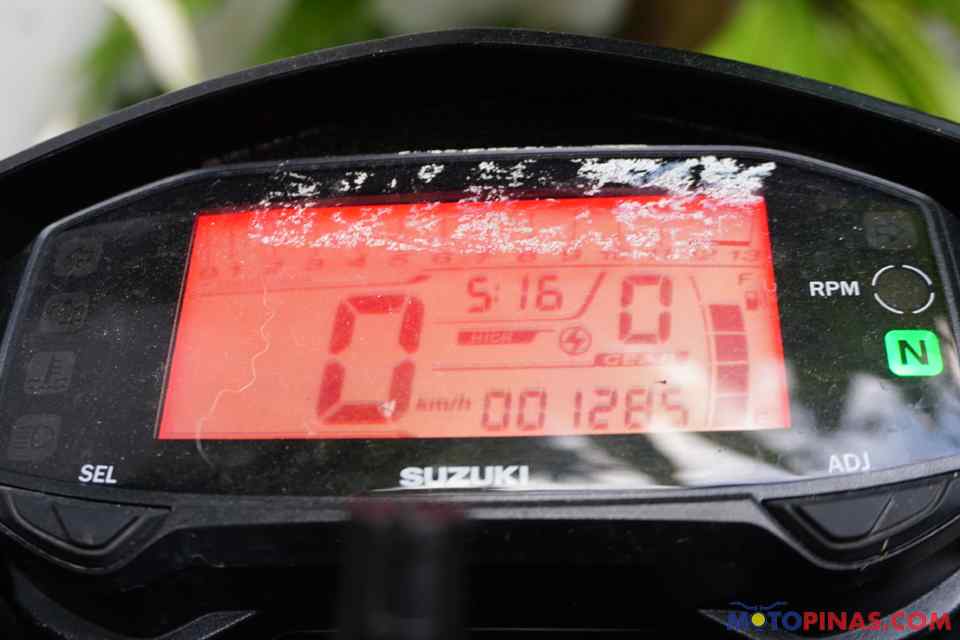 It now features a new fully digital instrument panel with a red orange backlight. This panel integrates a horizontal tachometer, digital speedo, gear indicator, fuel gauge, clock and even an adjustable shift light. The shift light can be set to illuminate at low revs, high revs, or somewhere in the middle to remind the rider to shift for varying power and fuel consumption results. The shift light is a bright white circle to the side that’s easy to see even from one’s peripheral vision. 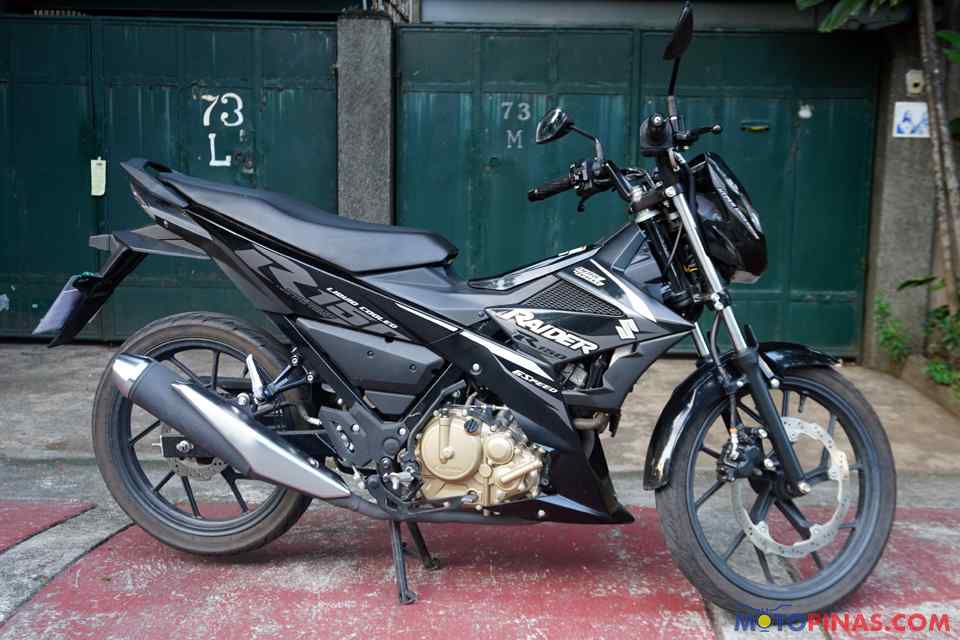 As for the rest of the bike, it comes in a choice of MotoGP blue, black or red livery. Overall, the Raider bears a very slim design, ideal for squeezing through traffic. It’s rather heavy for an underbone, yet keeps most of the weight down low for a low center gravity to aid in handling. Right behind the front wheel, where the oil cooler in the carburetor version used to be is the radiator to cool the engine. Both front and rear discs feature a razorblade design. Alloy wheels are standard, unlike its competitors that offer the base model in wire wheels. 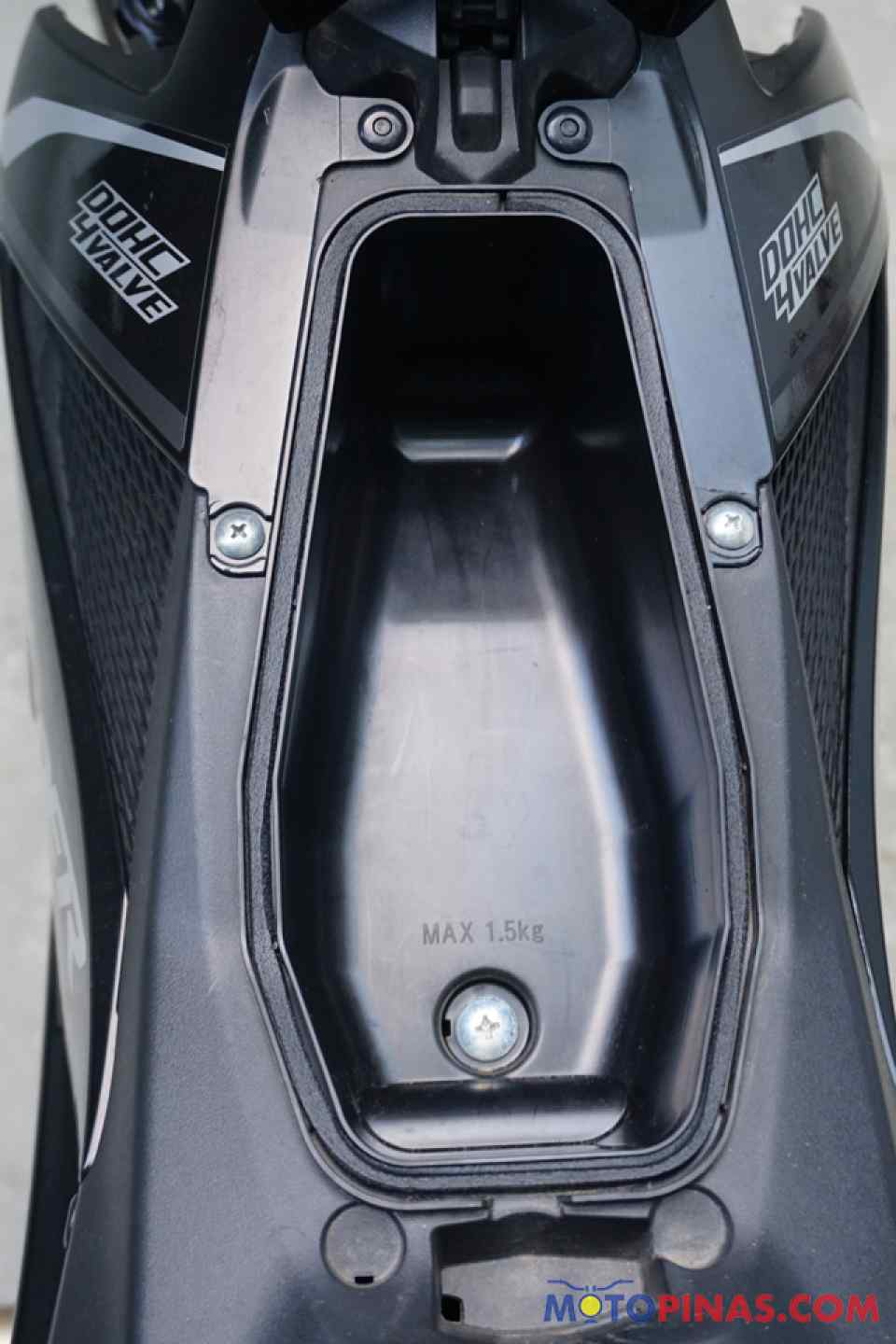 There's barely any storage space under the seat, but there is a clever compartment above the engine (which can fit a small phone, keys, or smaller valuables. 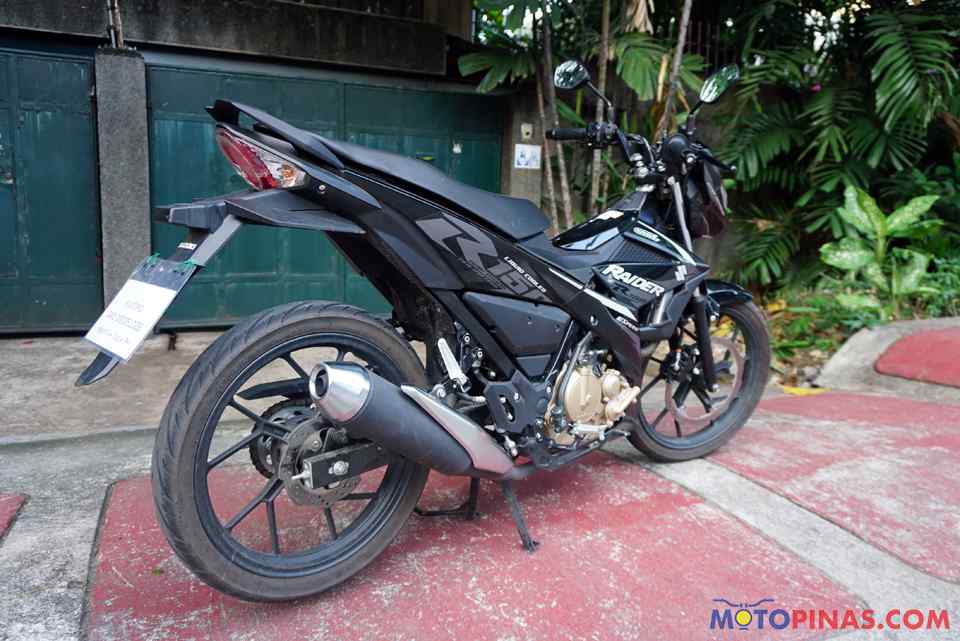 The marketed as an underbone, the Raider looks and feels more like a small sport bike. The weight is the first thing the reminds you of this. Nonetheless it’s still much lighter than a sport bike with the tank in front. The narrow seat and low mounted handlebars dictate a slightly leaned forward position. Tall riders may find this position awkward, though riders of shorter stature might enjoy the more sporty position. There gear shifter on the left has a front and back pedal, which is a welcome feature, allowing the rider to shift up with his heel and avoiding scuffs on his work shoes. 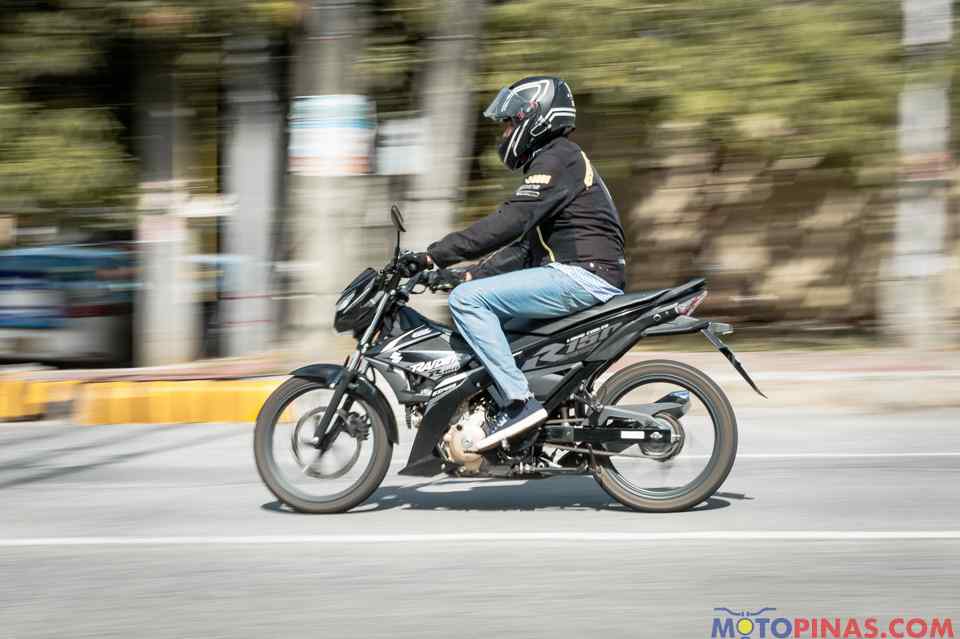 Despite being halfway between a moped and sport bike, it’s the ride that convinces you it’s a sport bike through and through. The engine happily revs to a redline of 11,500 rpm. Depending on how the shift light is set up, it can light up as early as 5,000 rpm or as late as 10,000 rpm. There’s decent torque even in low revs for handling most of the city’s riding demands. Much of the accelerating power, however, comes in at 4,500 rpm. 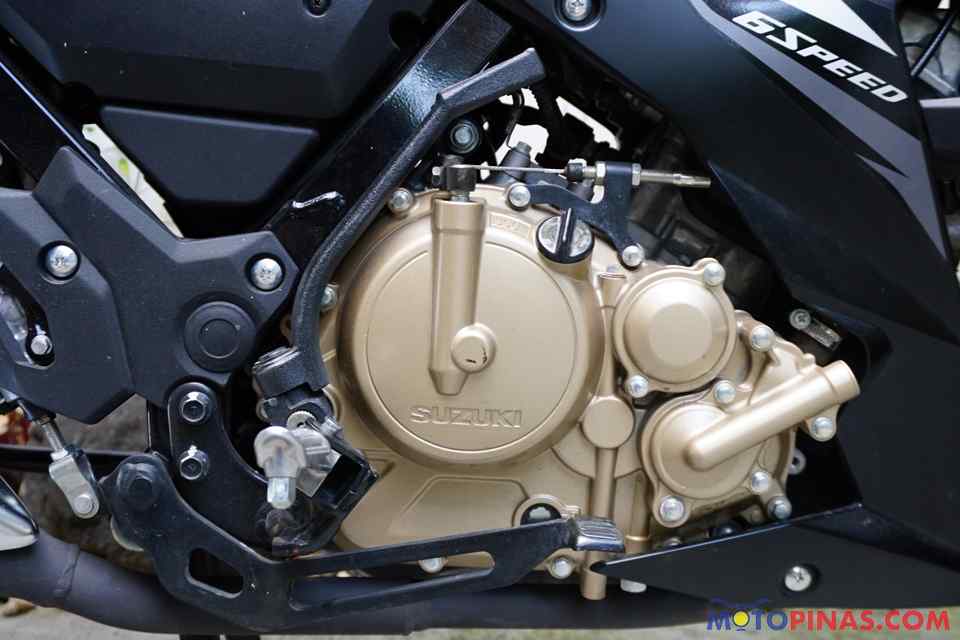 Despite the skinny tires, the Raider handles well, easily maneuvering between cars and is easy to lean with some light countersteer. The brakes bite hard and rather soon, so it pays to be gentle with the levers off the showroom and adjust it to your liking later on. The ride is relatively soft despite its sporty aspirations. This makes it great for soaking up most of the city’s bumpy streets. Those that want some stiffer, sportier damping might be a little disappointed. 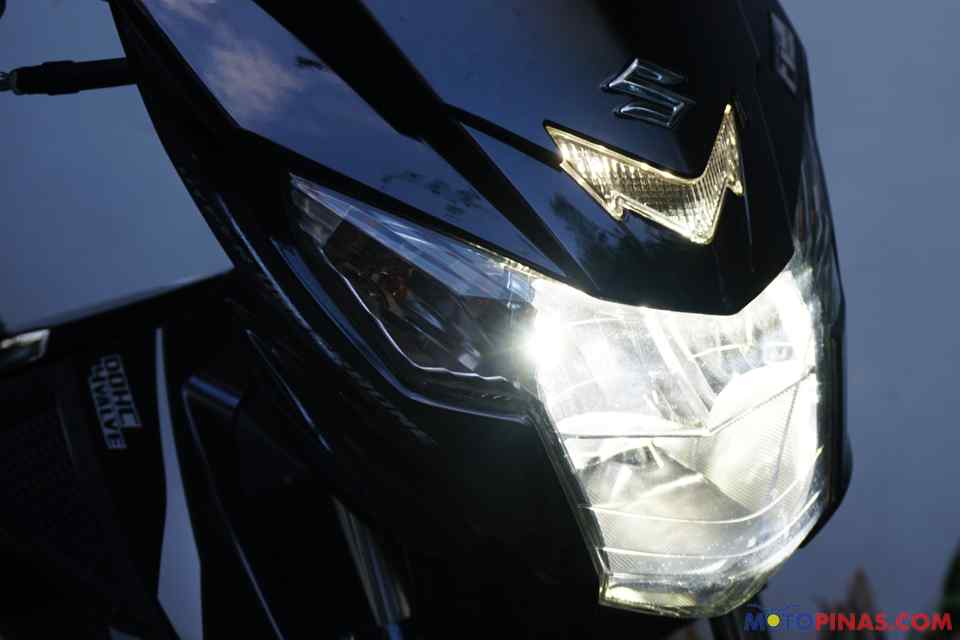 Come night time, the raider is easy to spot thanks to its full LED headlights and tail lights. They’re relatively small units but illuminate the road pretty well. 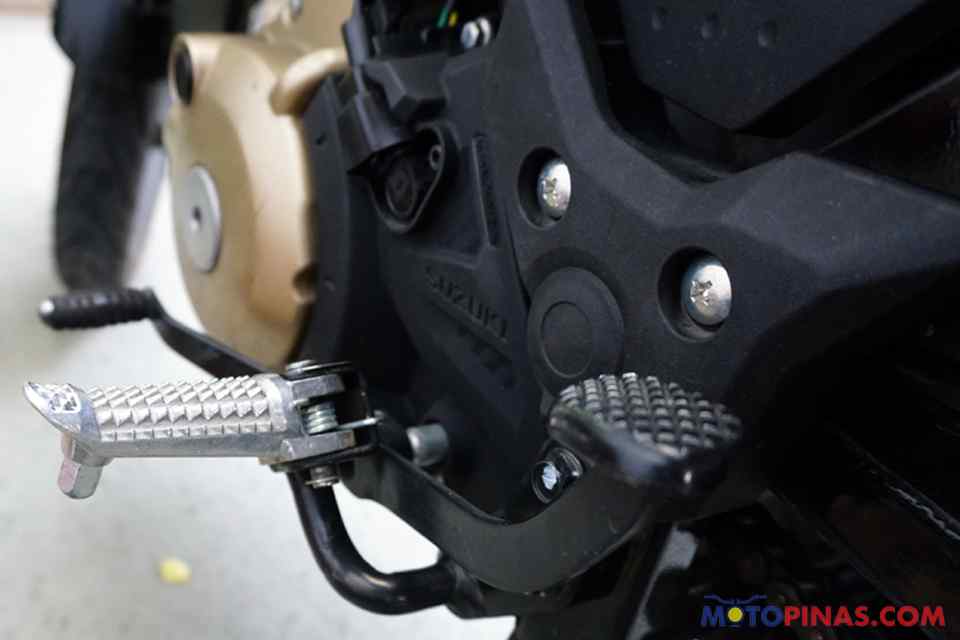 Our week with the raider went by very quick. The light but crisp pedals made shifting hardly a chore. There’s good acceleration, very good fuel economy, and sporty handling with a comfortable ride. Though it only had a small 4-liter tank, by the time the week was done, we’ve only consumed half of it, equating to average fuel consumption of around 38 km/L. 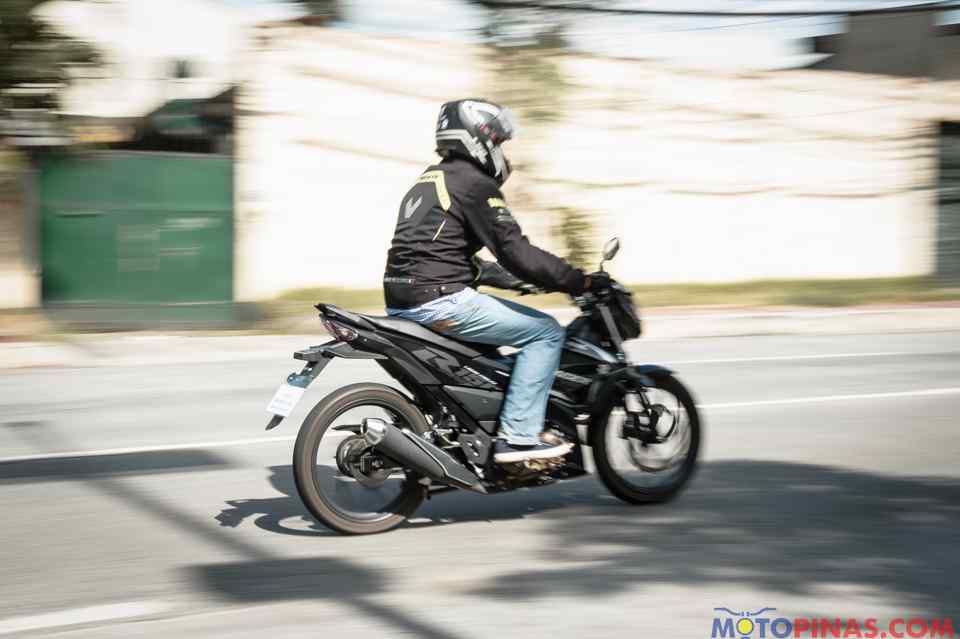 The improvements to the Raider R150, may seem few and too little too late for some, particularly those that have made the shift to AT scooters. Yet unlike those scooters, the Raider still manages to inject a bit of fun and excitement into the daily commute with its sporty feel.

The Moto Guzzi V7 III Special will inject spirit, color, and character into your daily ride. Our intrepid trail rider, Brando, takes on the Royal Enfield Himalayan for a review