Yamaha has revealed the 2018 SR400, marking the legendary universal Japanese motorcycle's (UJM) 40th anniversary. The new SR400 will be available in Japan on November 22, 2018 with two color schemes, slight updates, special "Since 1978" markings, and an additional limited-edition model. 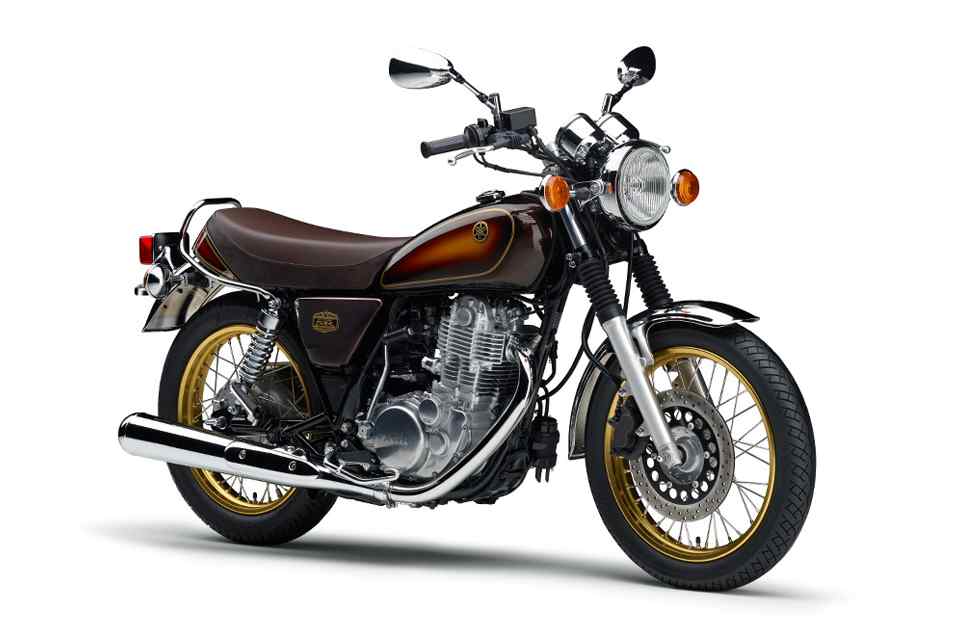 To celebrate the long-selling motorcycle’s birthday, Yamaha will offer the SR400 40th Anniversary Edition, limited to 500 units worldwide. This unique model will get a premium Brown and Dark Orange Metallic color scheme with a hand-painted, sunburst finish. 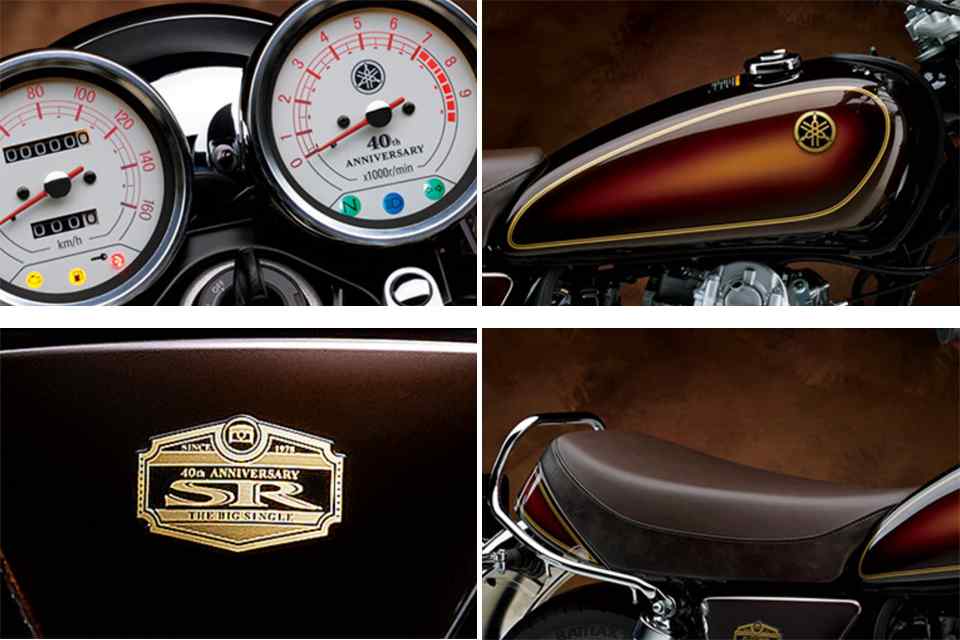 The SR400 40th Anniversary Edition will come equipped with gold rims, a two-tone brown leather saddle, special gauge markings, a brass Yamaha tuning fork emblem, and handcrafted, electroformed side cover badges. It will be sold for an MSRP of ¥640,000. 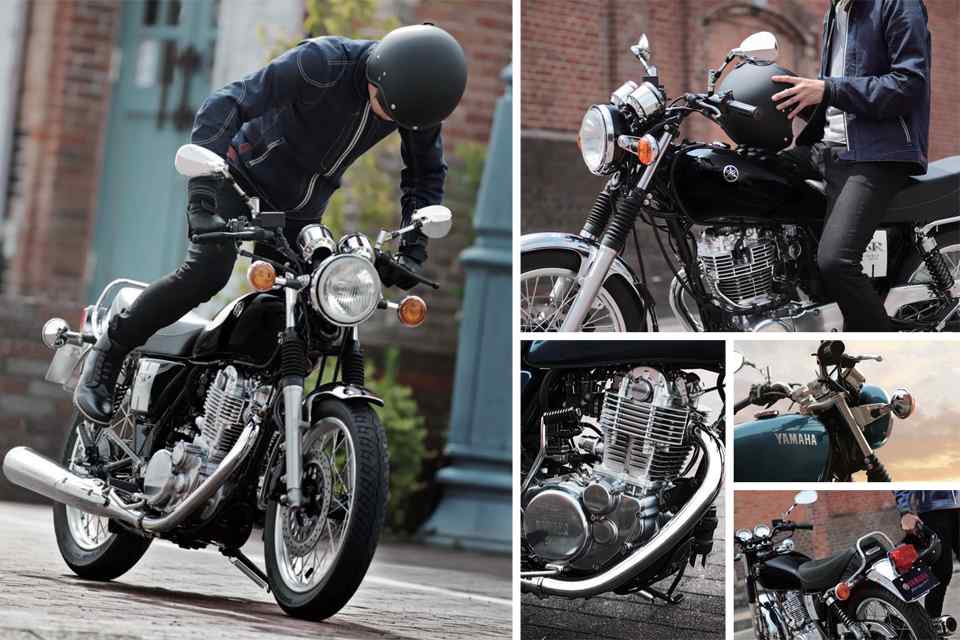 The 2018 Yamaha SR400 has been updated to meet new emission regulations and, much like the 2018 Serow and Tricker, it gets oxygen feedback-controlled FI and a new evaporative canister. The motorcycle’s sleek, chrome-plated muffler has also been revised for improved sound quality. It is powered by an air-cooled, SOHC 399cc thumper which now makes a tad bit more power — from 23.2 PS to 24 PS at 6,500 rpm, and from 27.4 Nm to 28 Nm of torque at 3,000 rpm. 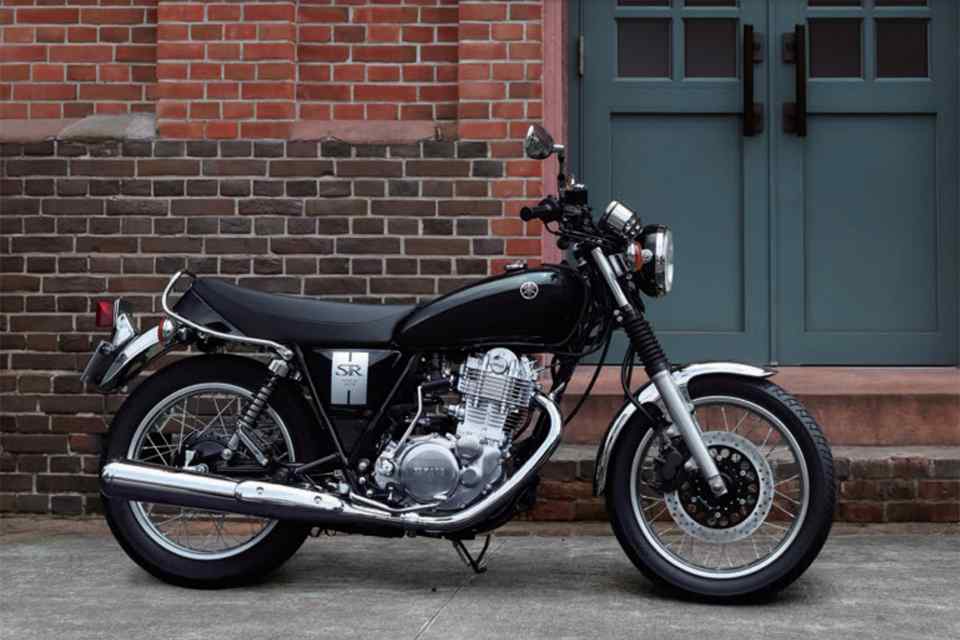 Yamaha has otherwise kept the 2018 SR400 the same, including its wire-spoke wheels, round gauges, steel fenders, and kickstarter. This Japanese motorbike features a fuel capacity of 12 L, a seat height of 790 mm, and a weight of 175 kg. It rides on telescopic front forks and dual rear shocks, while braking is handled by a single front disc and a rear drum. 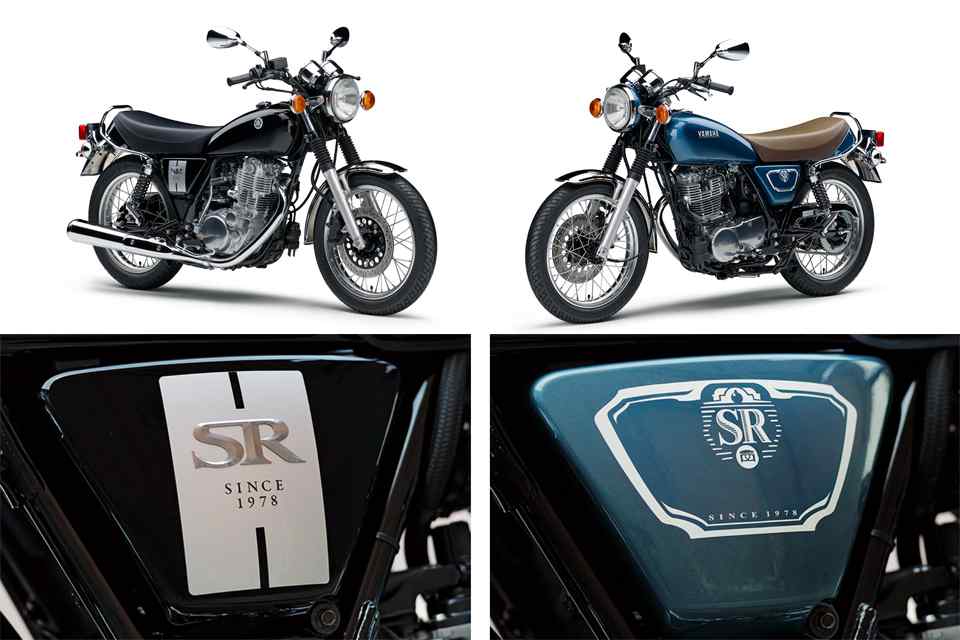 The base model of the beginner-friendly UJM will come in two colors for late 2018: Black and Grayish Blue Metallic. To celebrate the SR400’s 40th anniversary, both bikes will have side covers that display the phrase, “Since 1978.” The regular 2018 Yamaha SR400 will be sold for an MSRP of ¥530,000. Local availability for the 40th anniversary SR400 has yet to be announced. The published patent suggests that Indian Motorcycle will develop models that share a platform with the FTR 1200.