As the holiday season begins and the year draws to a close, Yamaha Motor Philippines (YMPH) has much to celebrate. On December 1, 2016 an event was held at the Yamaha Head Office and factory in Lima, Batangas to commemorate the 1 millionth unit produced by YMPH — a Mio i 125 scooter.

In May of 2007, YMPH was formed as a company in charge of local production and sales.  A temporary manufacturing facility of Yamaha’s small displacement models was set up in Laguna later the same year. In May 2008, Yamaha opened the brand’s first 3S Shop in the Philippines. The Laguna facility was then replaced by a new, main factory in Lima, Batangas’ industrial estate wherein full-scale production commenced in September of 2008. The grand opening of the factory fell on March 30, 2009.

Riding the wave of the Philippines’ economic growth, Yamaha’s 2016 sales in the country grew 37% from the previous year. The brand has served hundreds of thousands of Filipino riders and has expanded its dealing and distribution throughout the archipelago at an exponential rate. 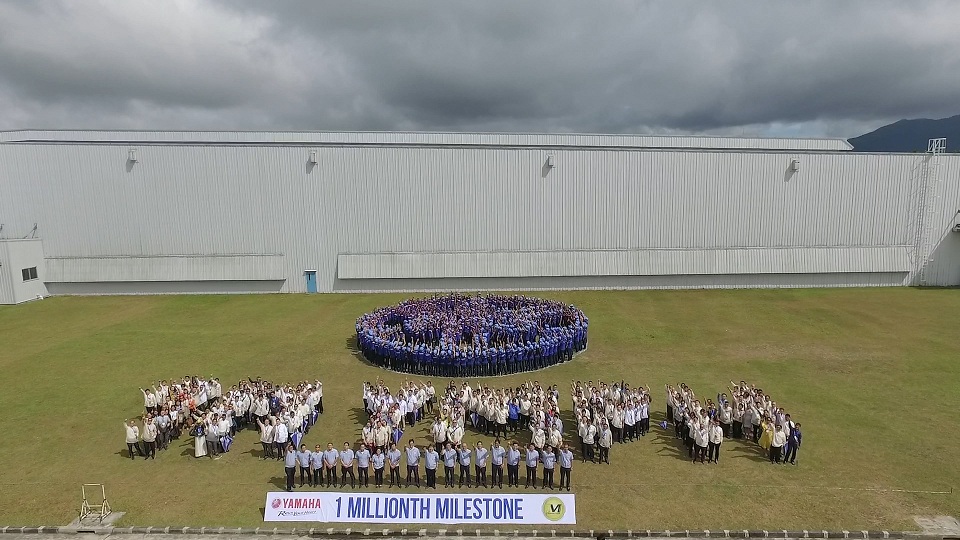 The event at the beginning of December had an all-Filipino theme with guests getting exclusive access to Yamaha’s Batangas plant, arriving in national dress. Dealers, media, and business partners were among the crowd, while Yamaha executives together assembled a Yamaha Mio i 125 as YMPH’s 1 millionth unit.